#20 Olive Dun. A smaller than average dry fly this month and one which takes inspiration from the dedicated ‘small fly' websites. Although a size 20 is hardly small compared with the miniscule flies some tie it certainly is as small as I need to go for almost all my fishing. I love all the materials used in this pattern, the natural materials and colours produce a fly which to me, looks and feels right both in and out of the water. 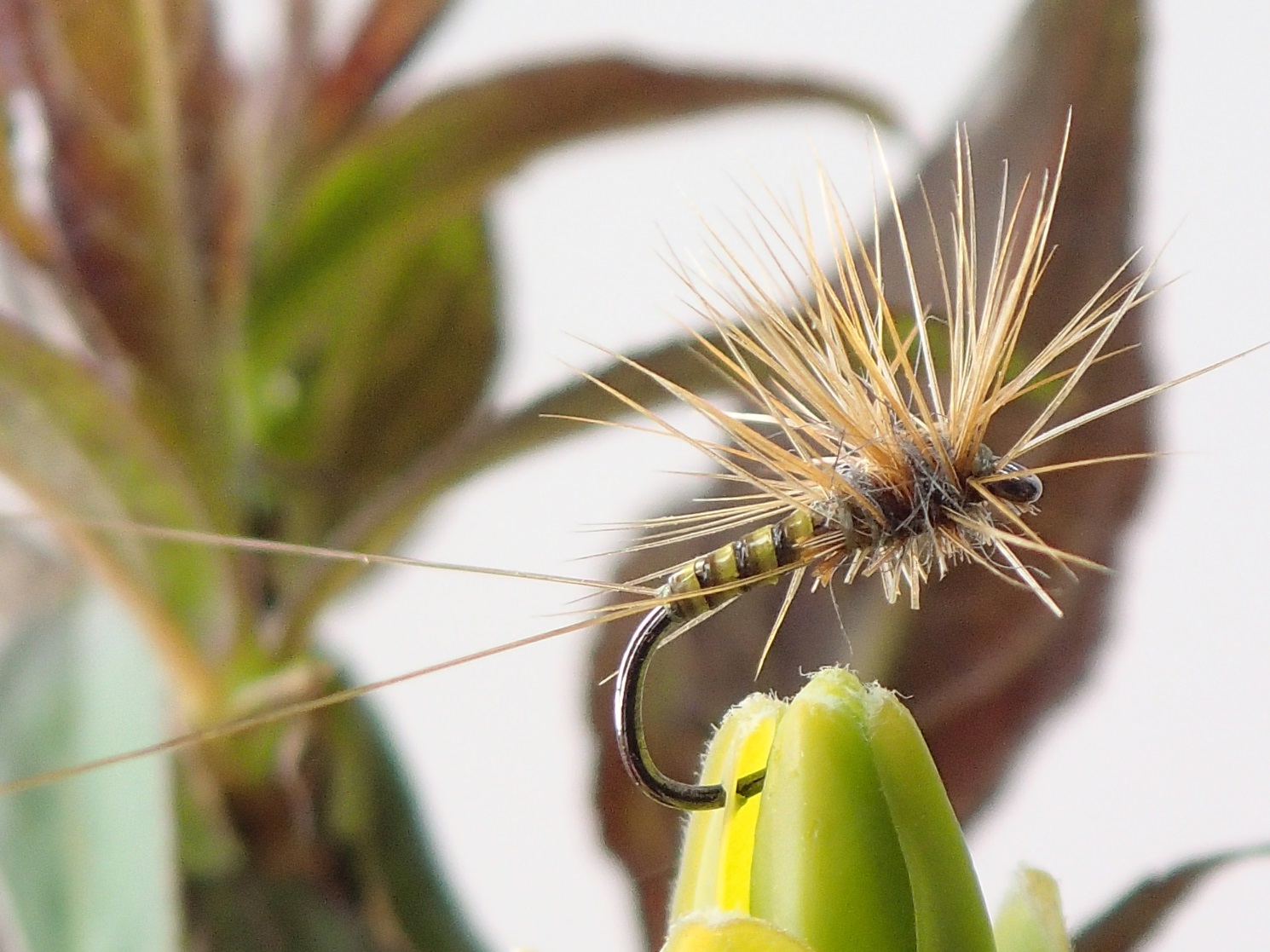 I have been tying duns with quill bodies and long split tails for a while, my patterns having the popular CDC wing with a hackle.  But once I started to drop out of my comfort zone into a #20 and even smaller I started to use a thorax/hackle that I had come across whilst reading Andy Baird's excellent ‘small fly funk’ website. Andy used a mole fur thorax with his hackle in his ‘generic olive’, which when I tried looked great. By doing away with the wing the tie was simplified. Less materials equalled less turns of thread and therefore less bulk, essential in smaller flies.

The extented tail is without doubt a trigger point, much has been written on the subject and I for one have been converted to the silhouette this type of pattern creates.

Material choice is especially important to me with with this pattern. 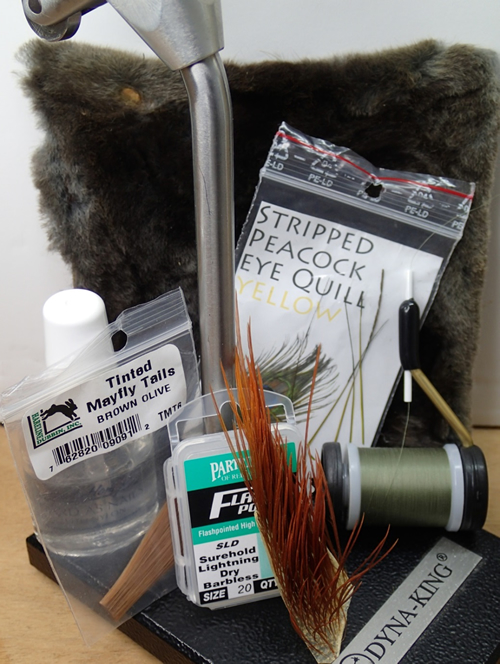 The hook is always down to personal preference but to me the Partridge hook is a ‘proper’ size 20. I also go a bit smaller with the Tiemco 103bl #21. But I have to confess to using the Flytying Boutique dry fly light hook (which is essentially the same as the Tiemco but cheaper) more and more these days.

Although a #20 is by no means miniscule, the size still creates problems with the tricky tail and making sure there is no excessive thread build up throughout the tie. The excellent veevus thread has great strength for its diameter which certainly helps.

Yes I am afraid it's another fly with a Polish quill body, but I’m quite honestly struggling to find anything that looks as good in this sort of ‘natural’ pattern.

I find most capes have a fair few tiny hackles at the base which are fine for a #20. Finally, not much to be said about the mole fur except don’t overdo it. 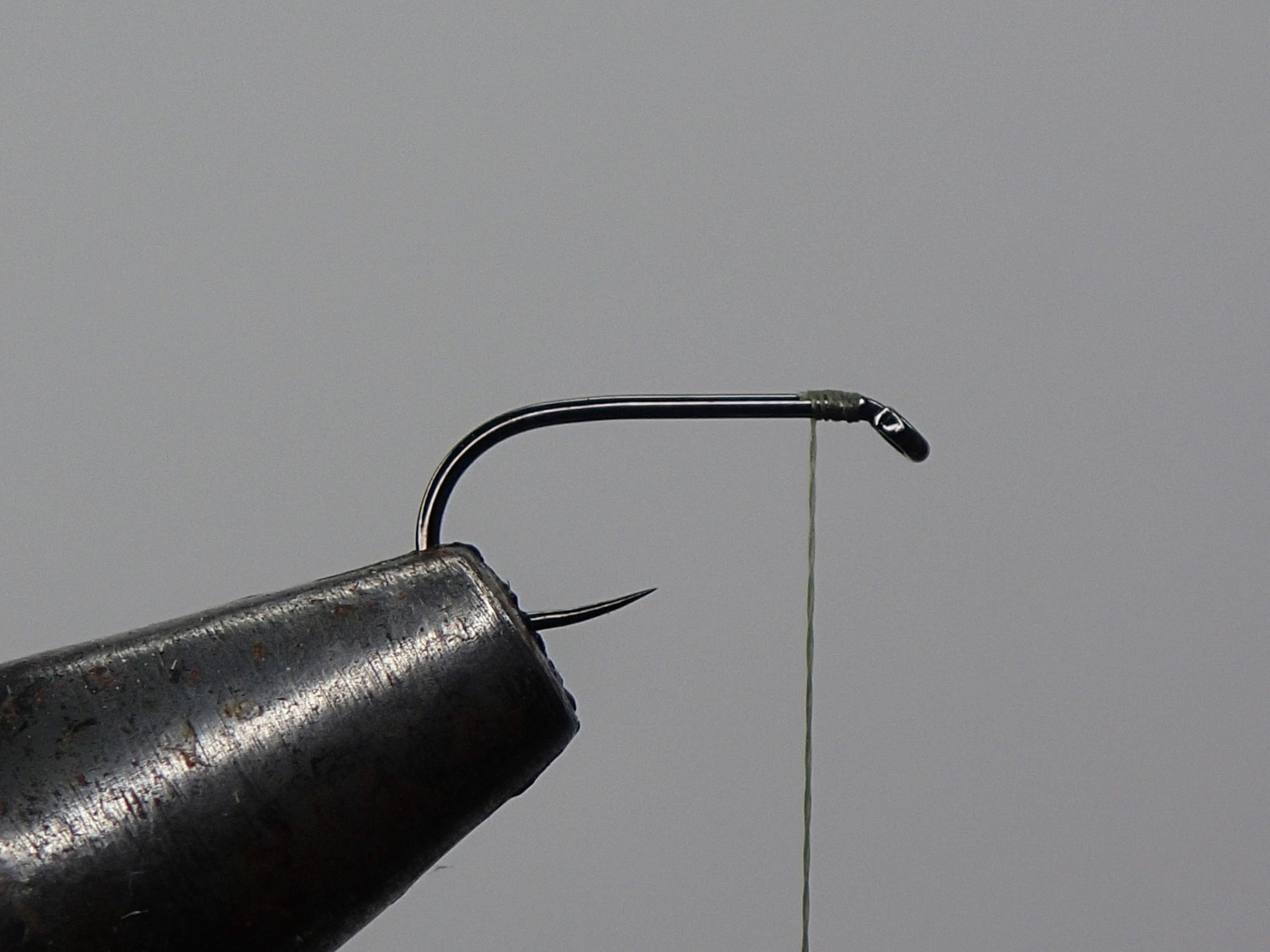 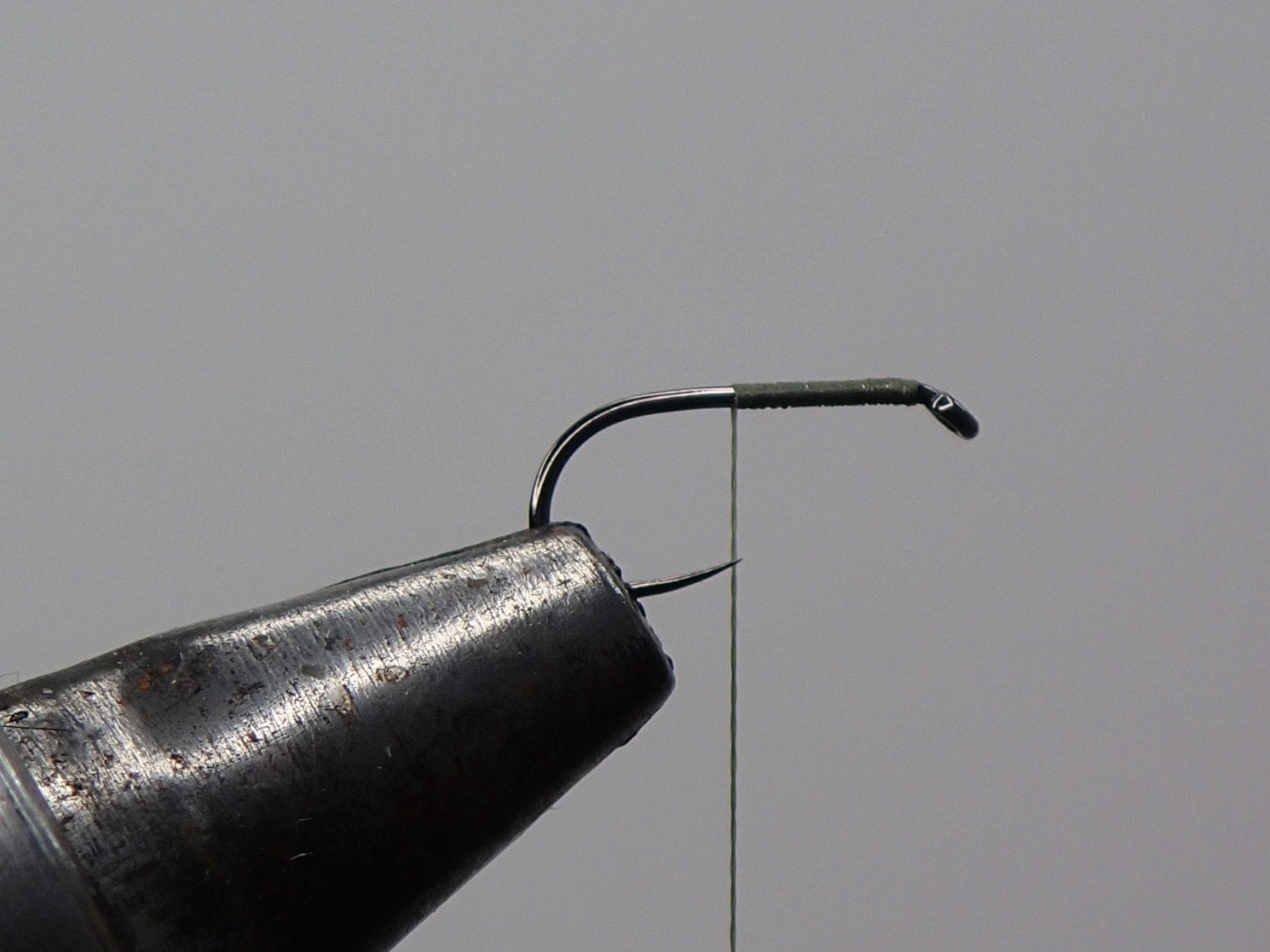 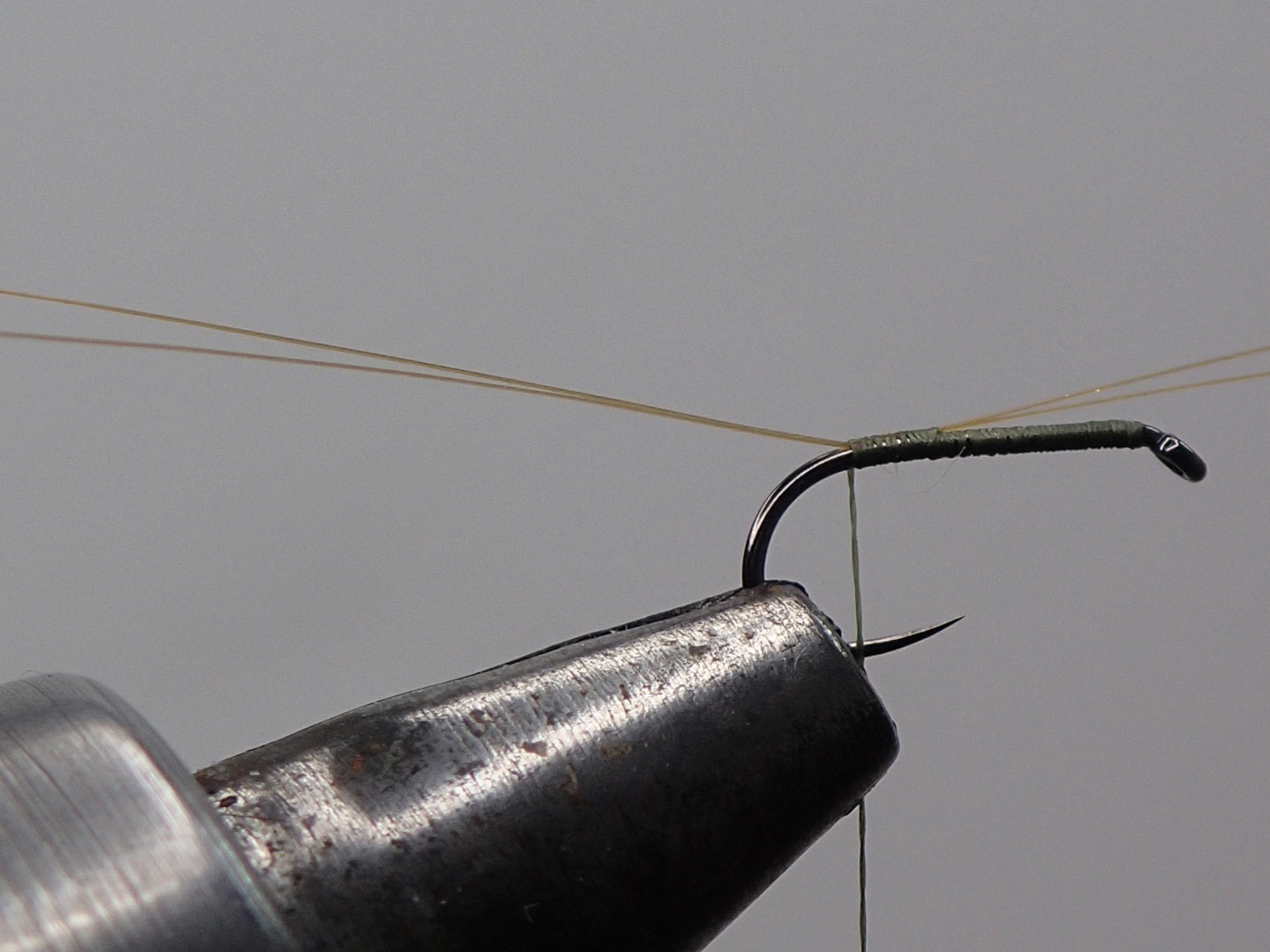 With the waste trimmed and covered the thread should be left just short of the eye. 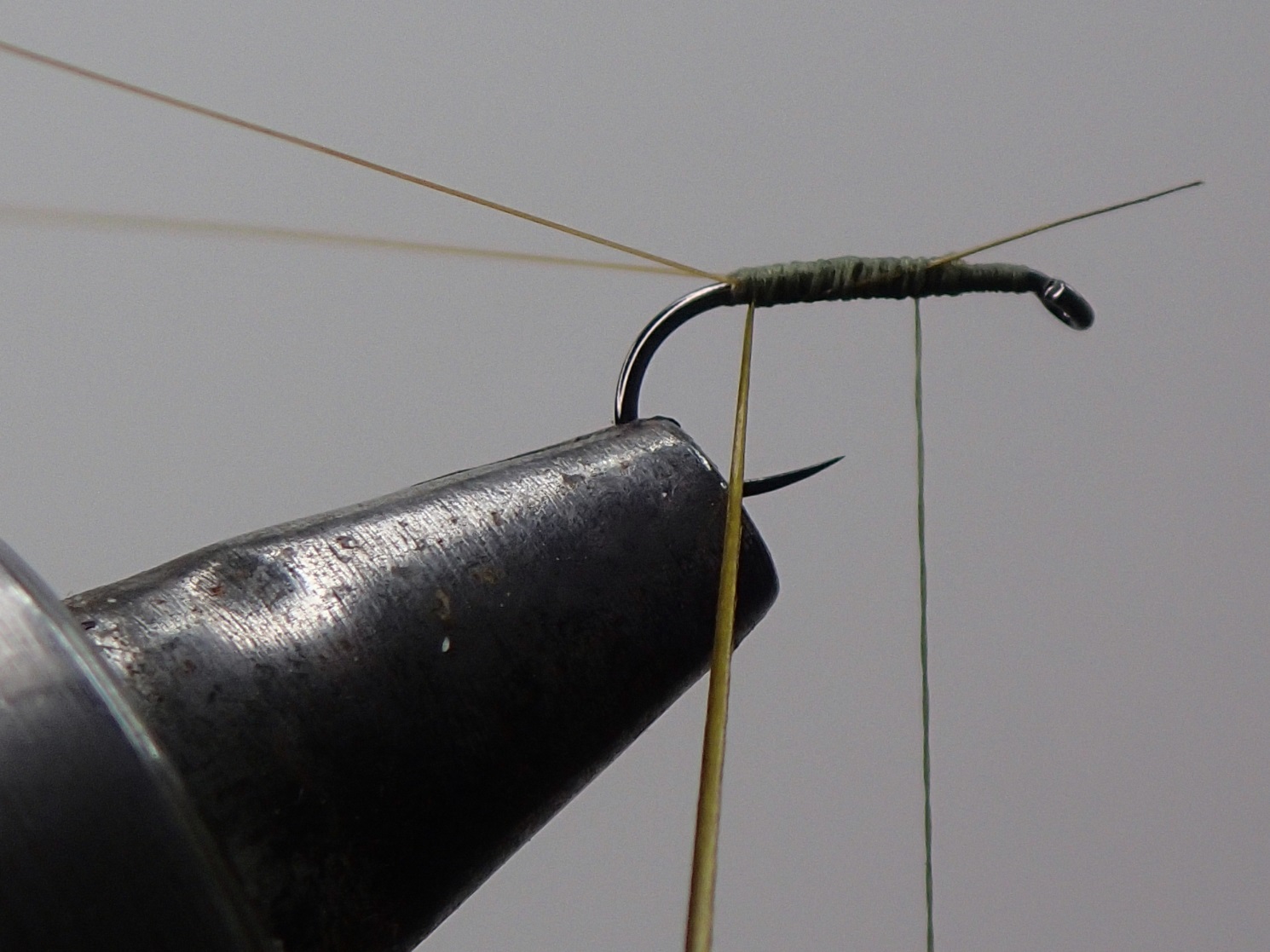 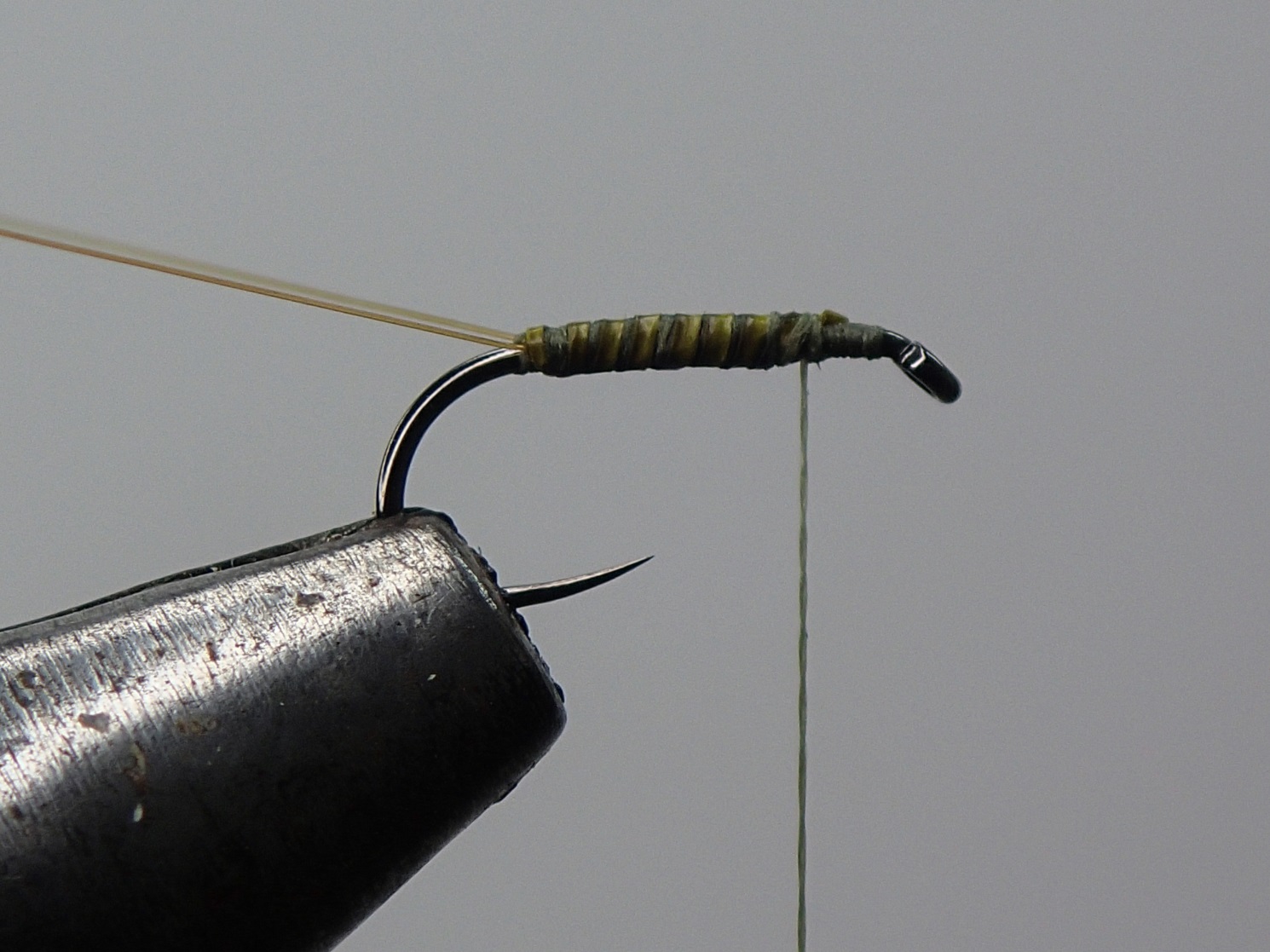 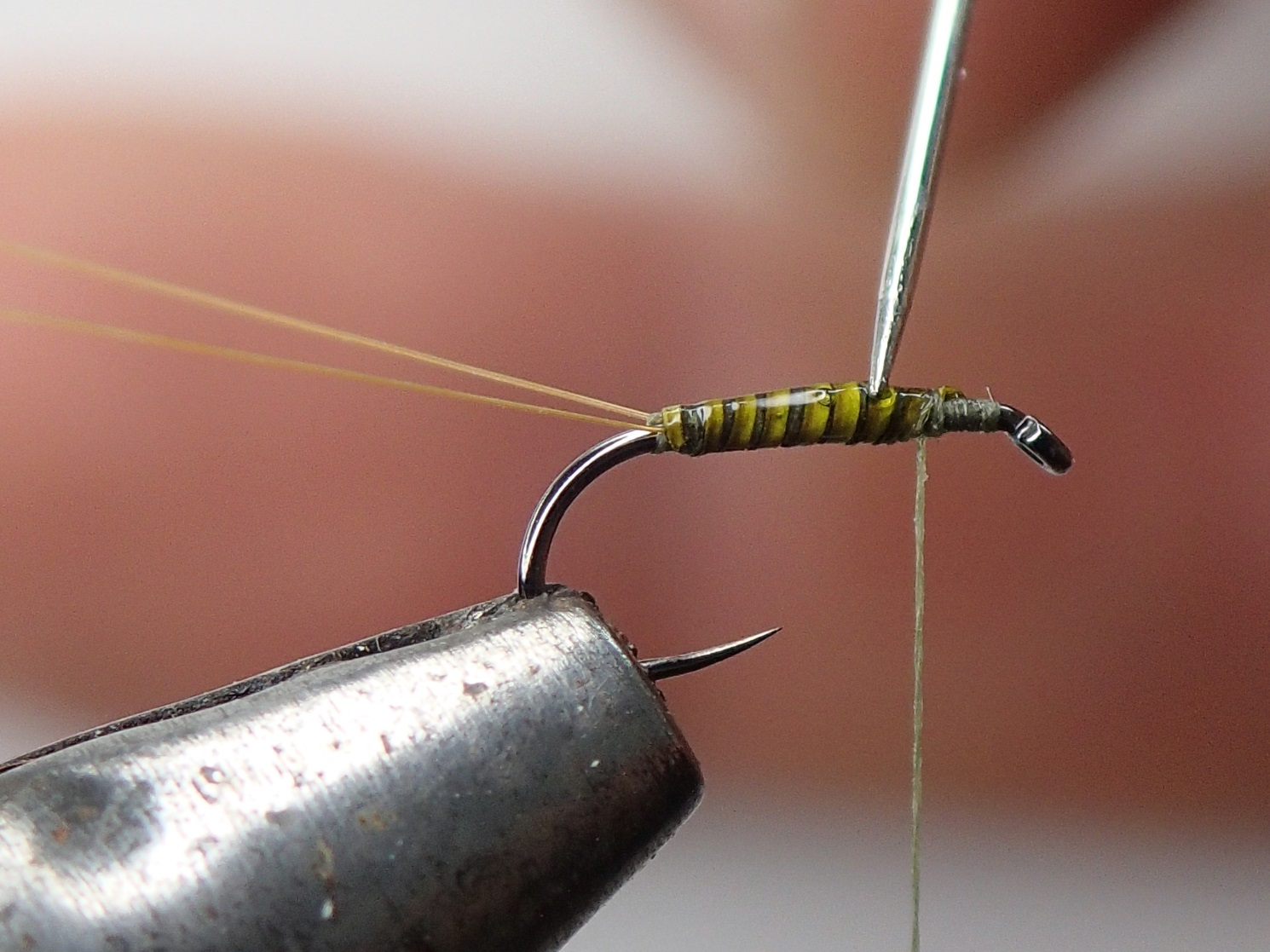 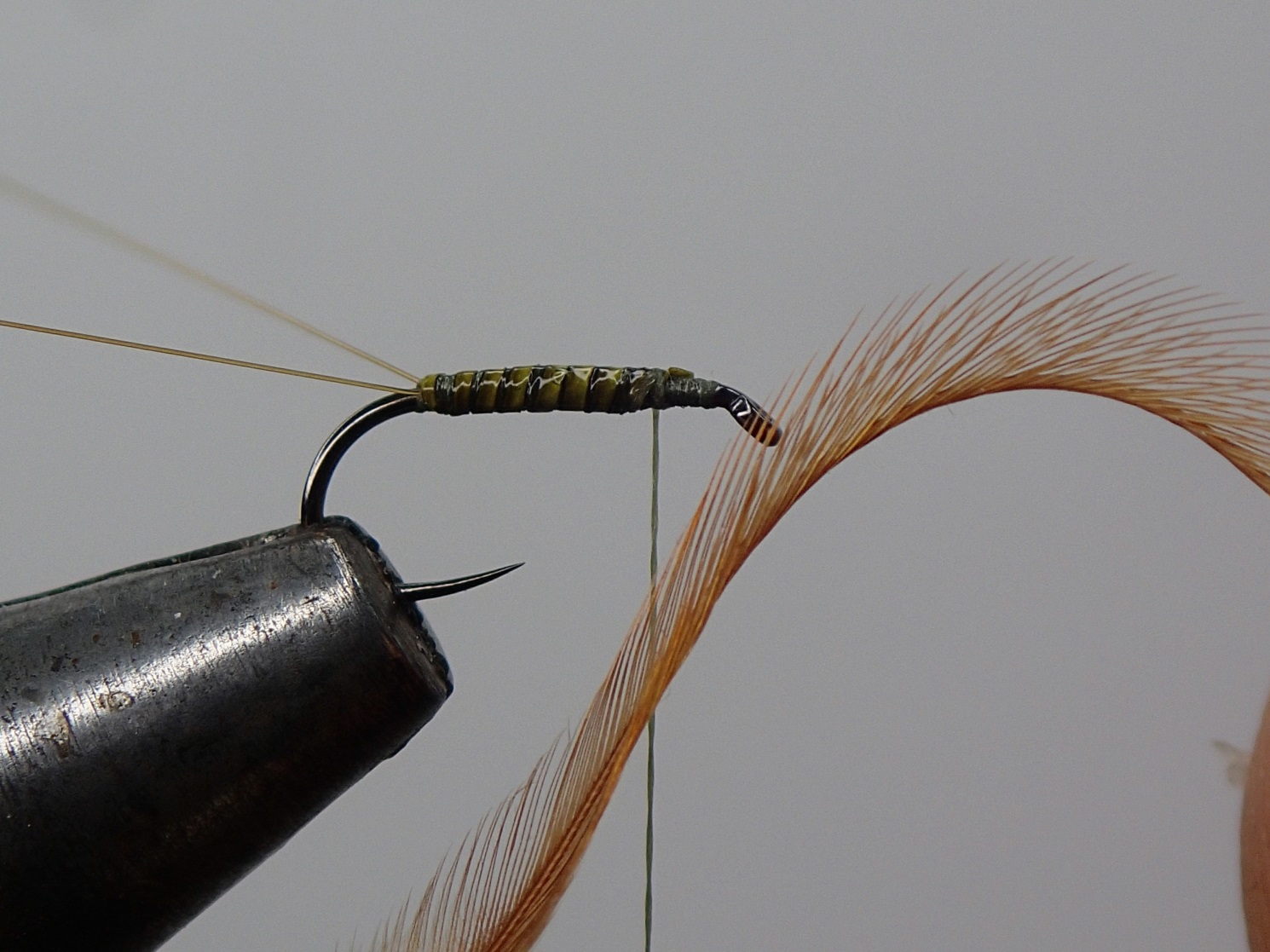 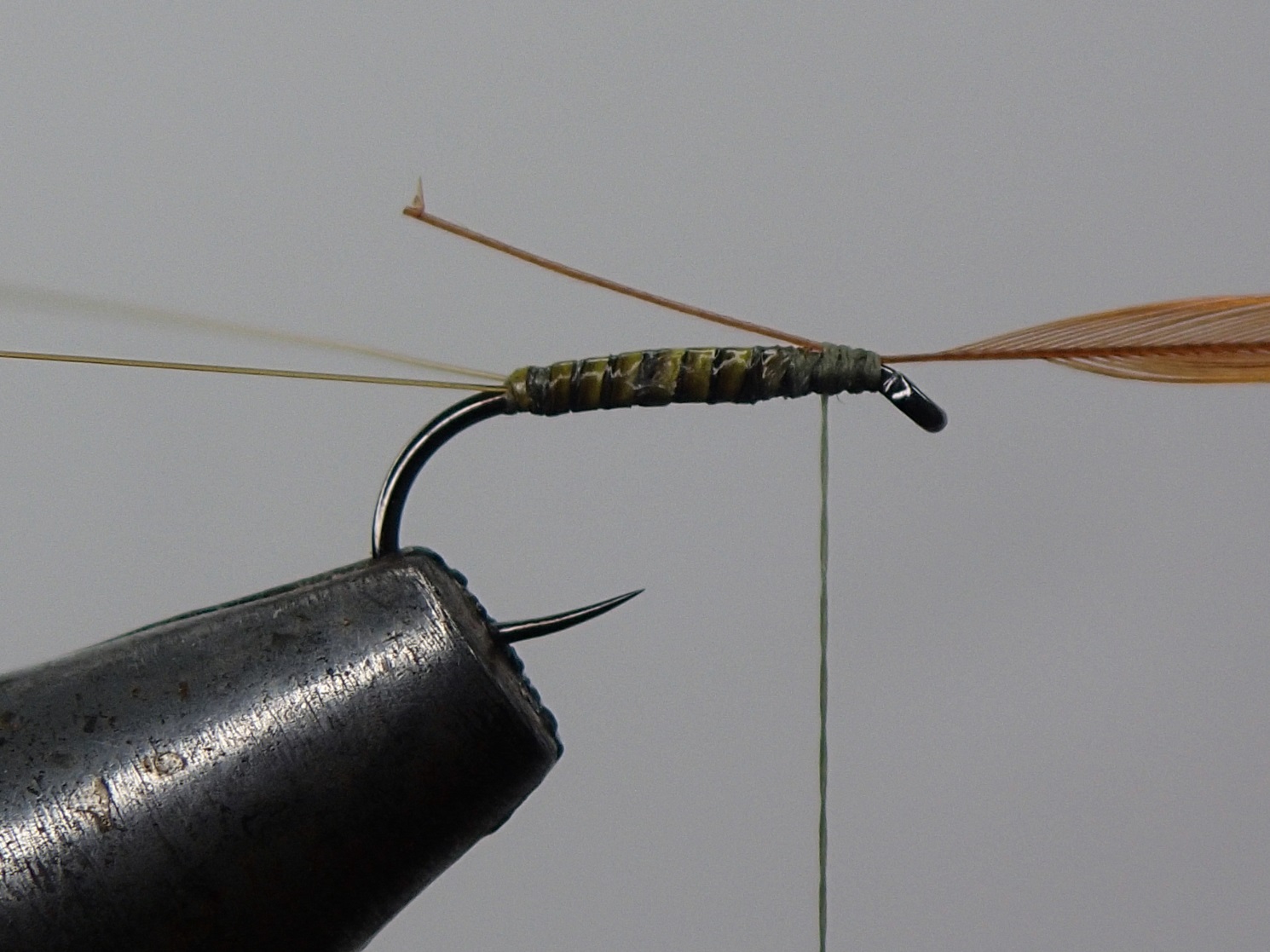 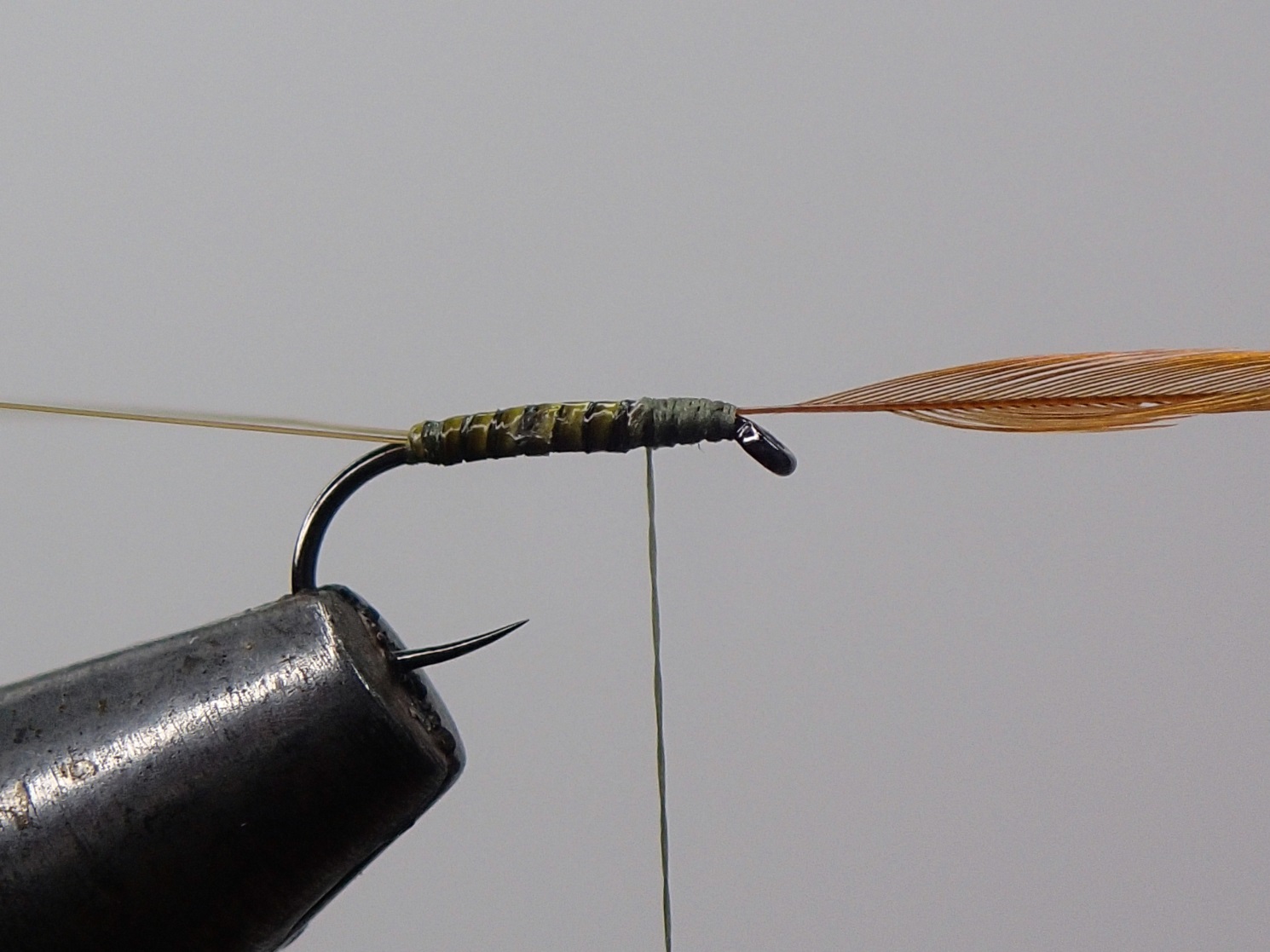 Trim waste and tidy up. 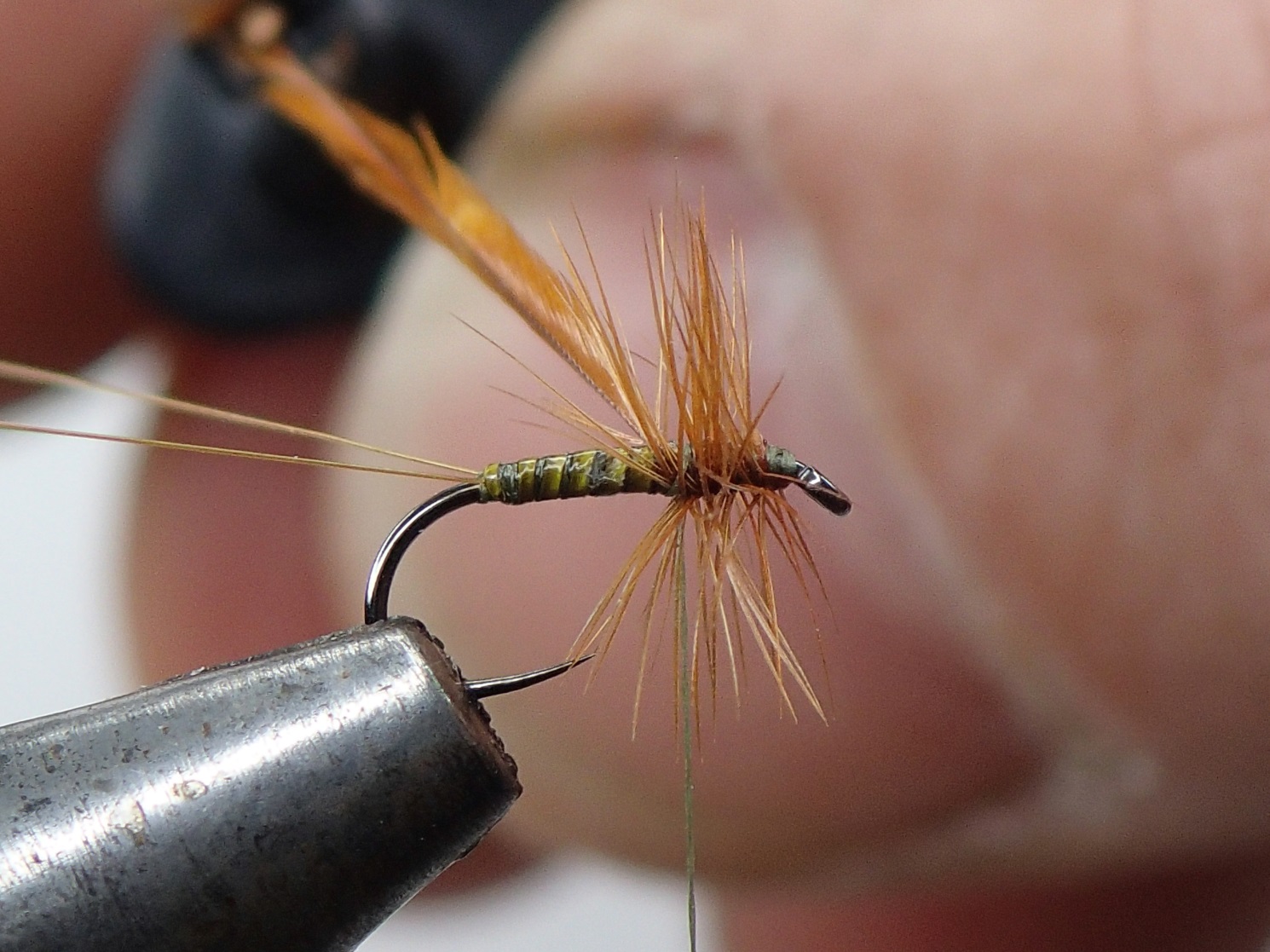 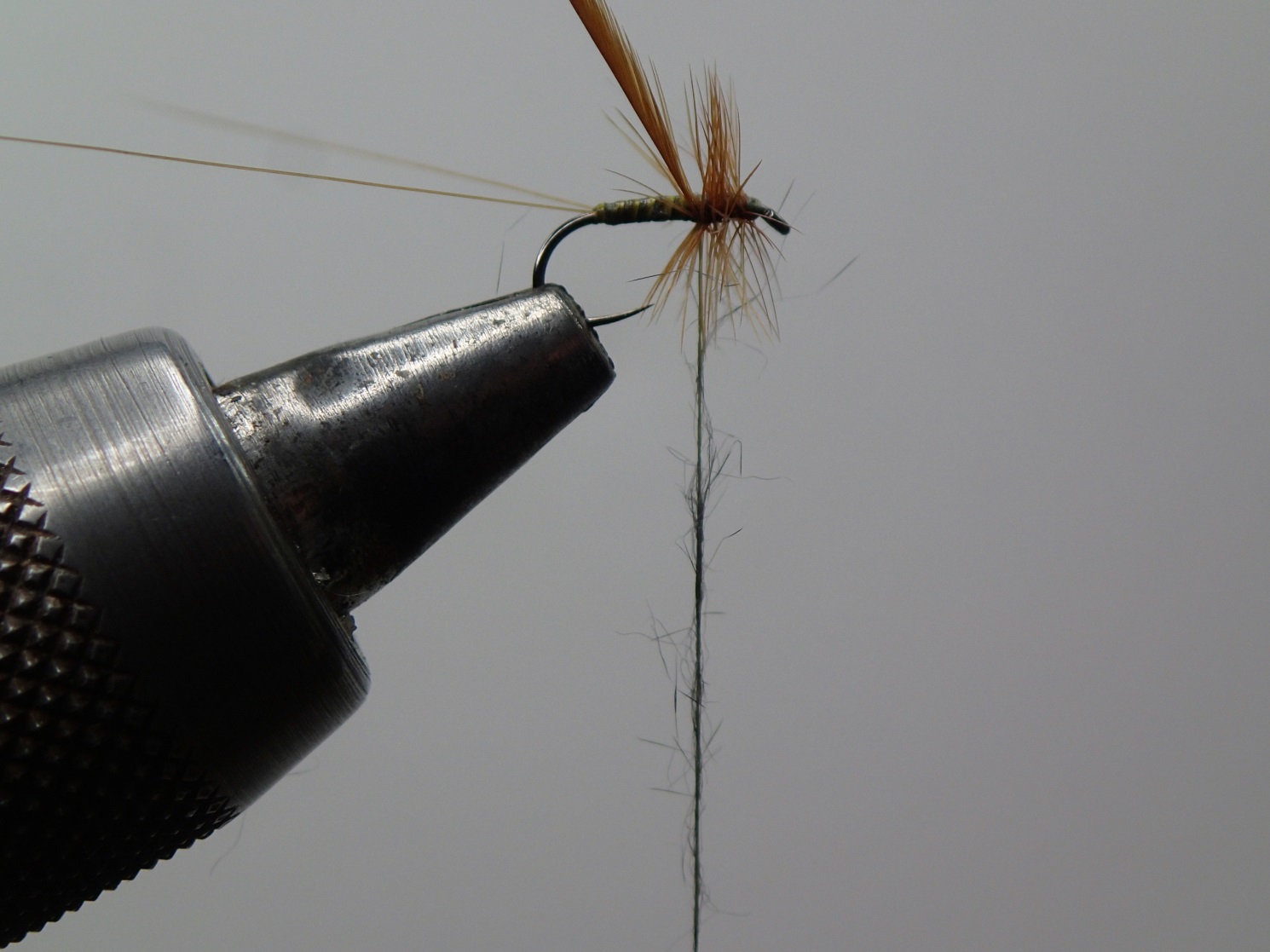 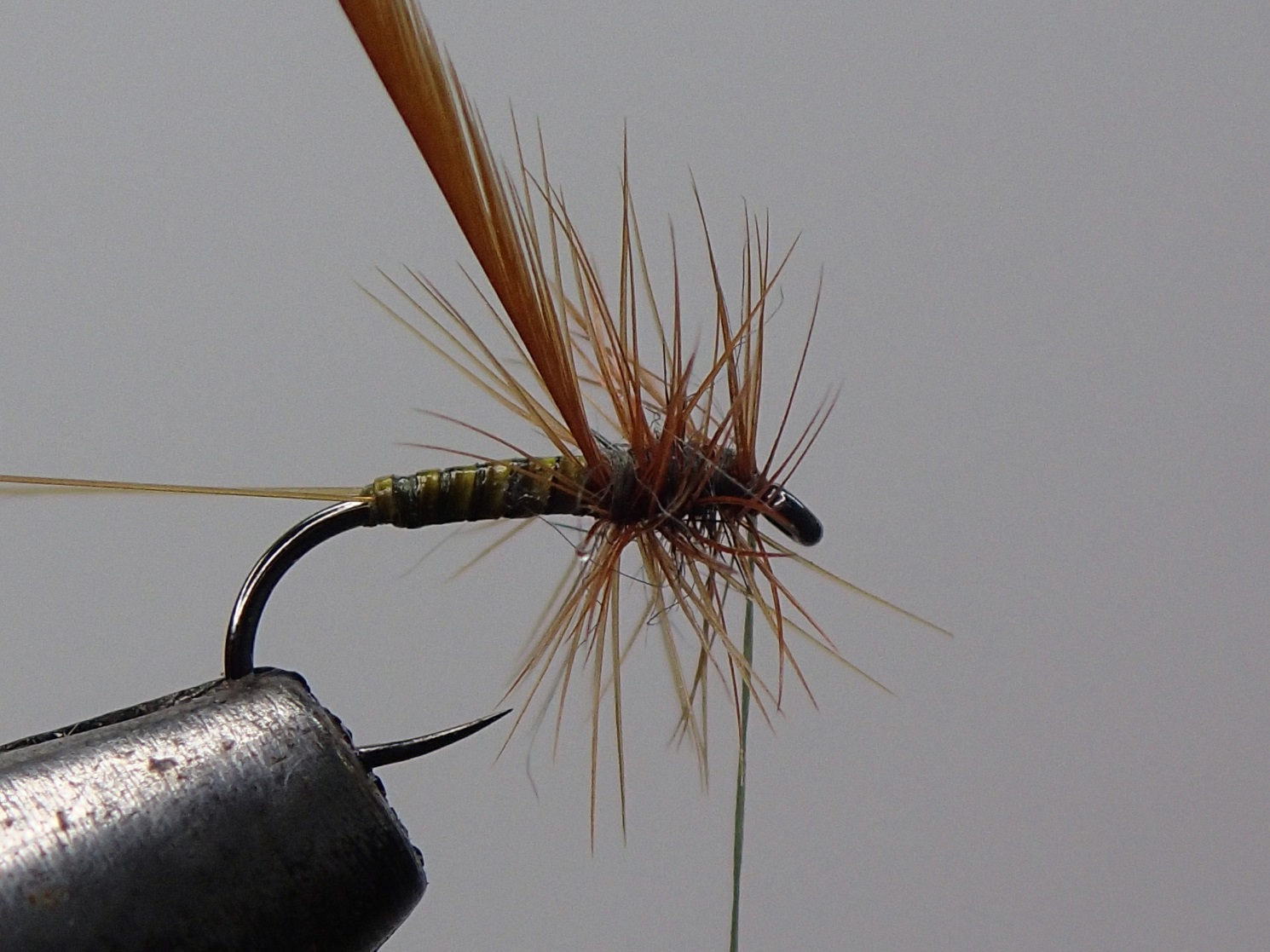 Wind through the hackle.

Trim thread and apply varnish with a sewing needle. 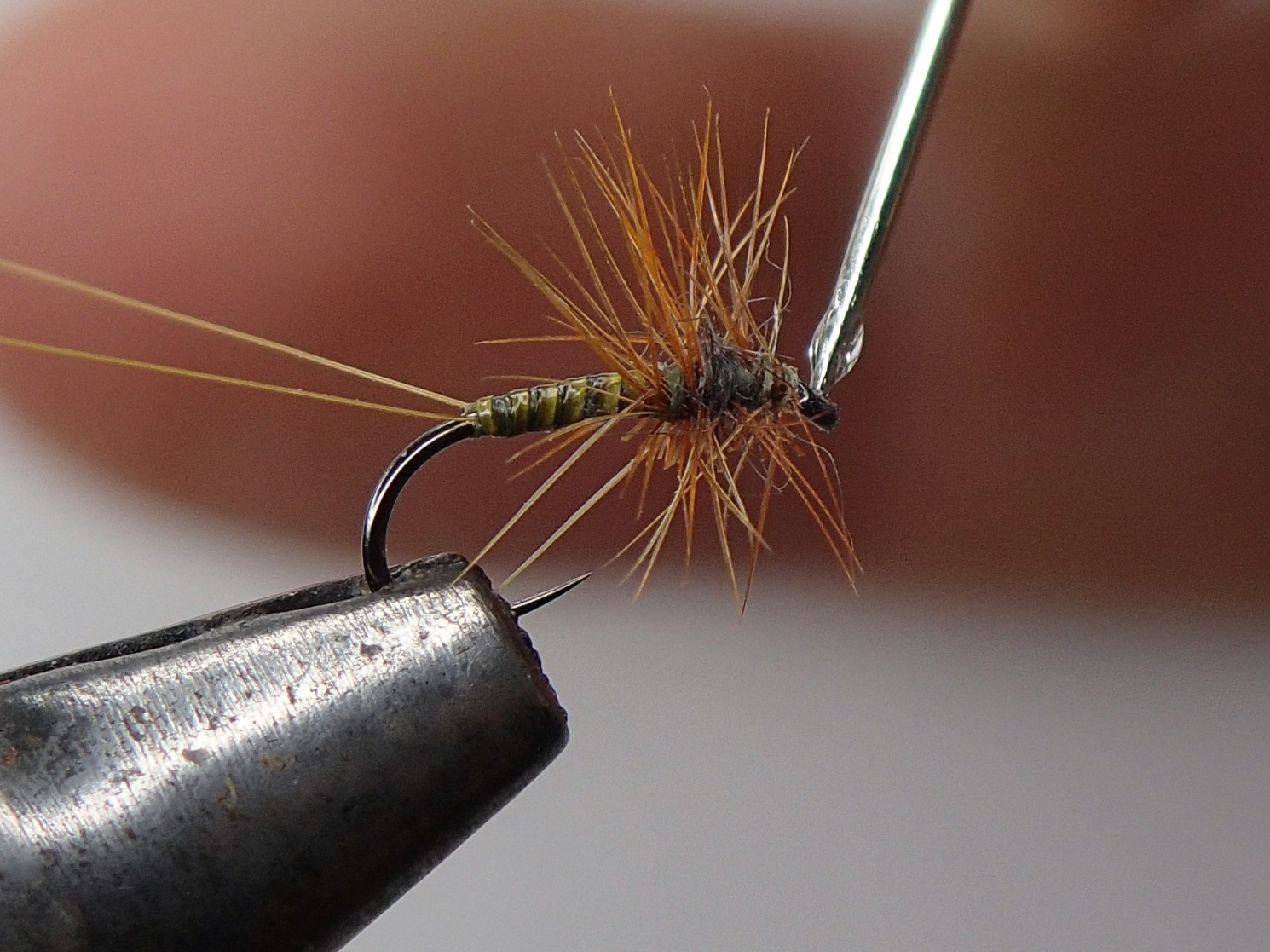 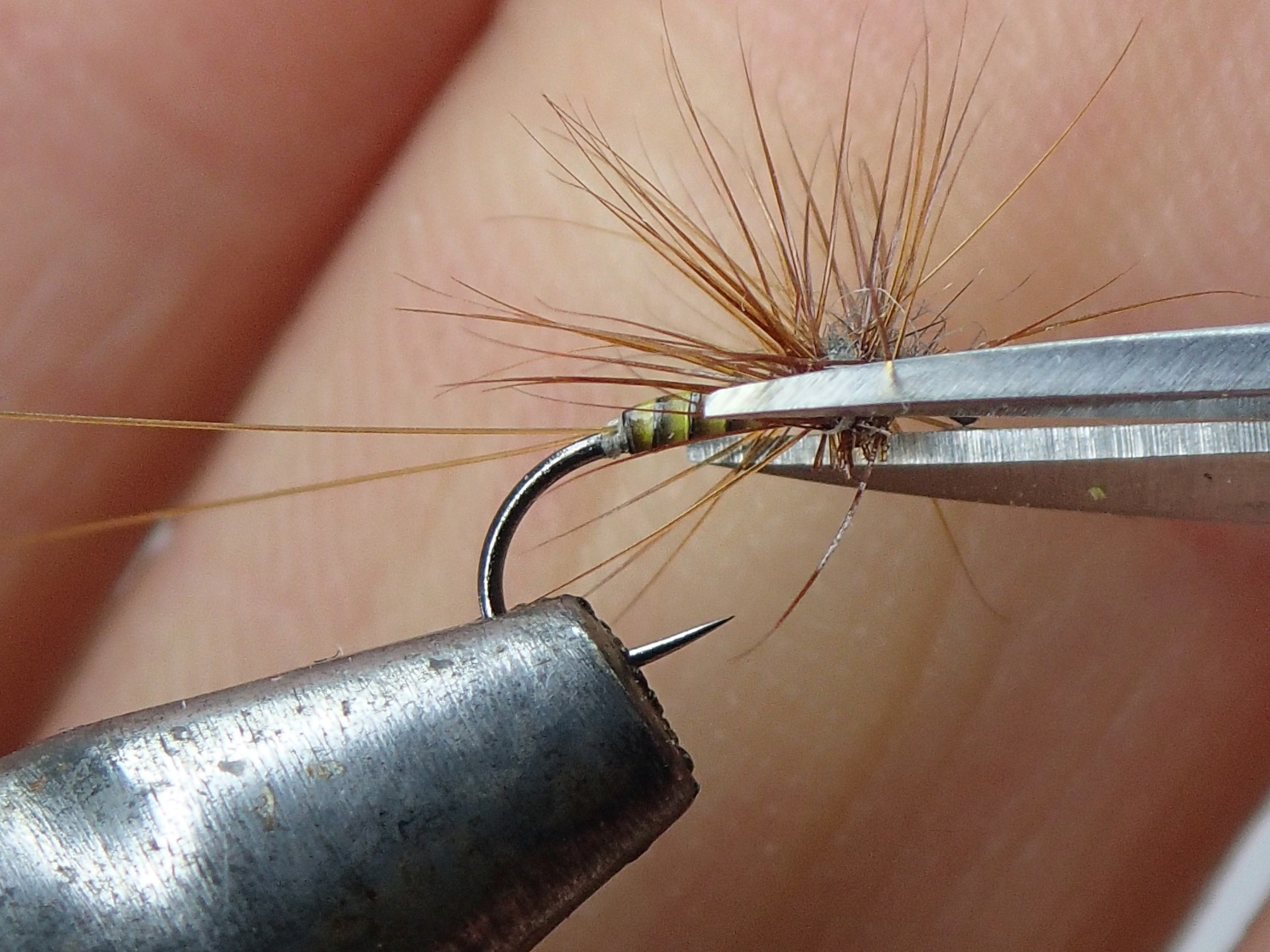 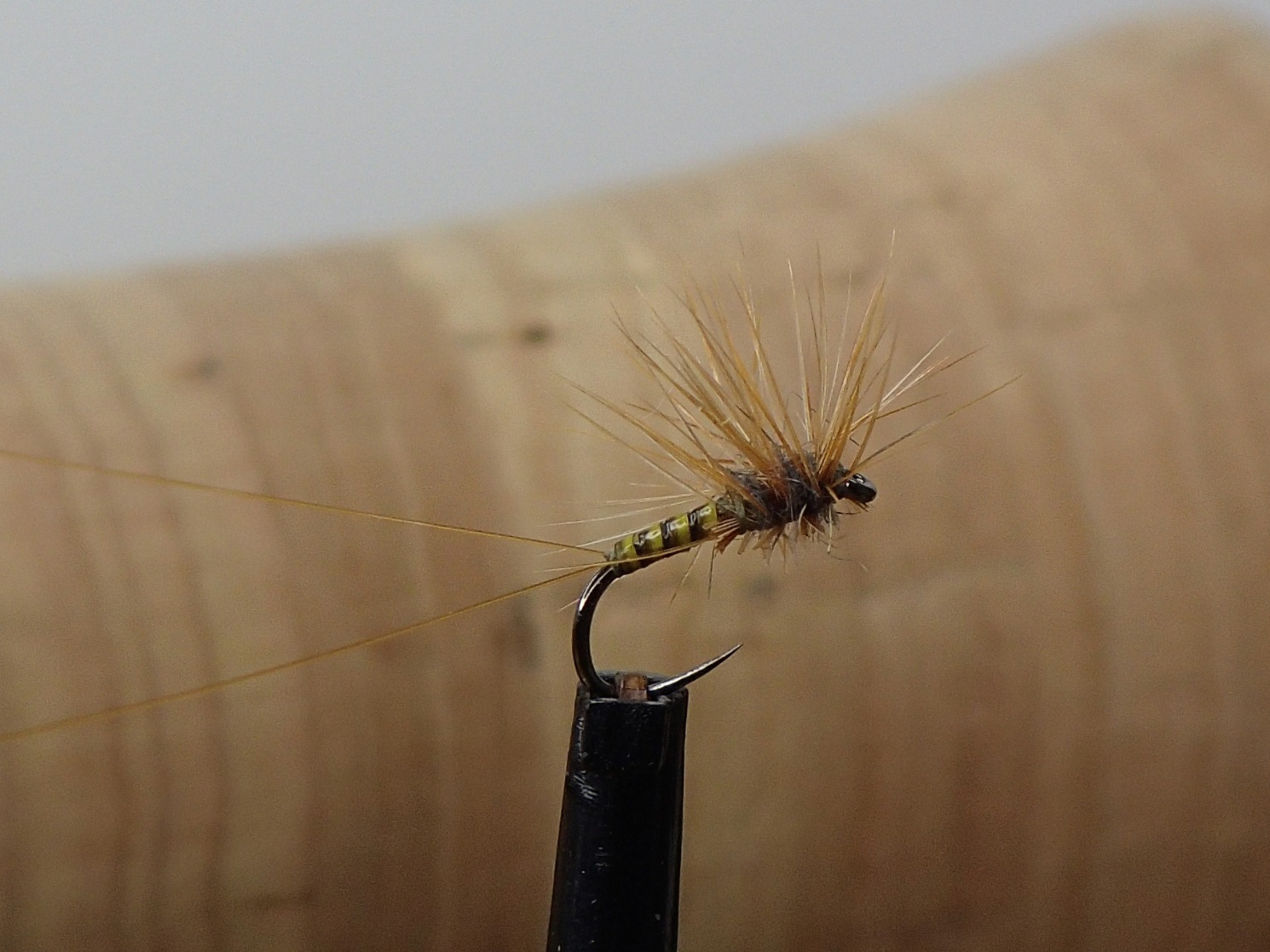 Look out for these: 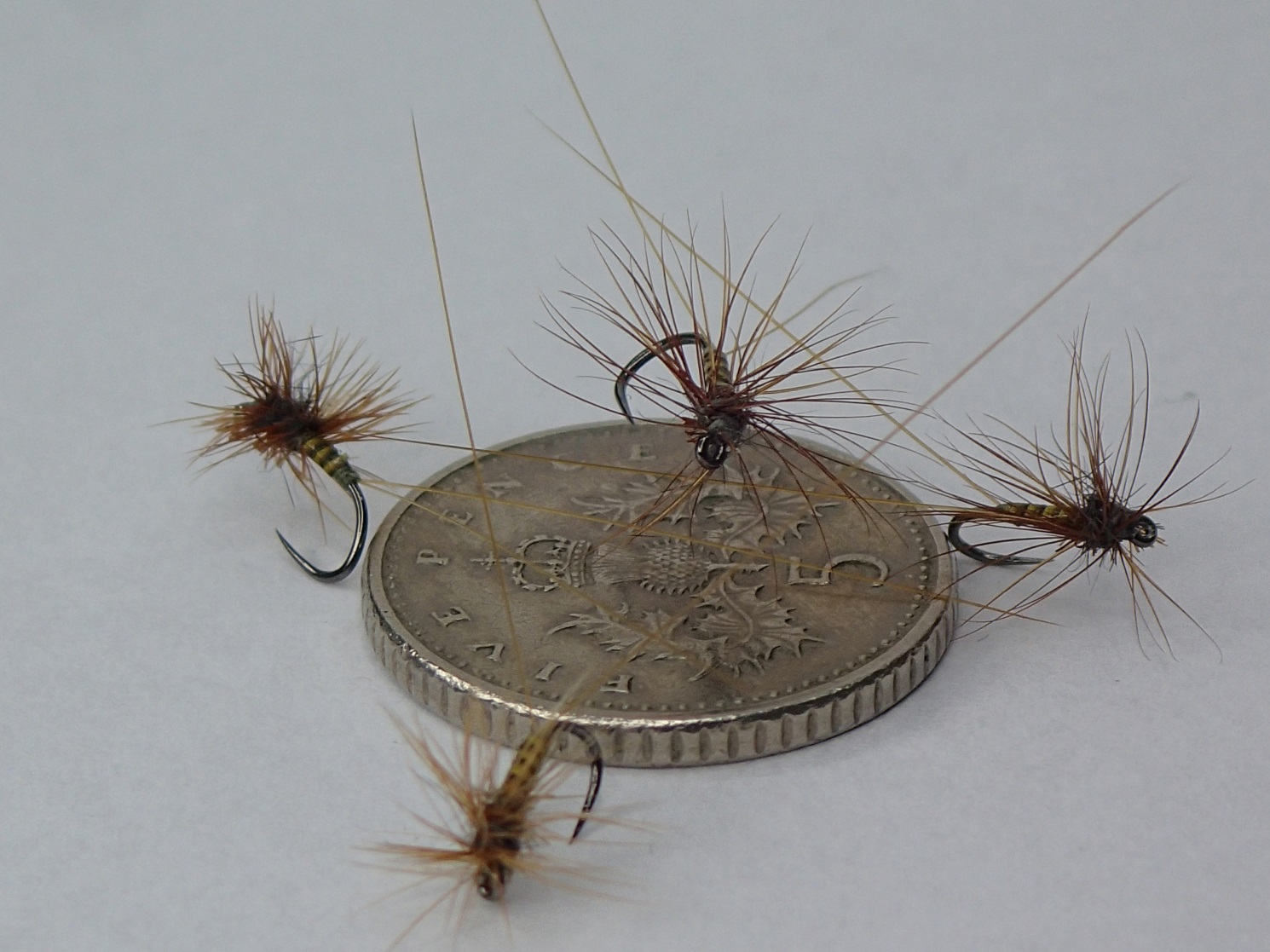 To me the most important part of the fly is the long split tail; it helps the fly sit well in the water and definitely acts as a trigger point as mentioned before. Although not a ‘classic’ technique I like running the dubbed thread through the hackle, it splays the fibres out giving an uneven finish. And when trimmed underneath the hackle takes on a ‘hedgehog’ effect.

Although I have made reference to the small fly websites, this fly is by no means the ‘work of art’ type patterns seen on these sites. Their creations go down to staggering #28, #30 and even smaller.  The thread I use and no doubt the tying technique would be over the top for these tiny masterpieces.

However it is still fun to tie and more importantly, fish with, whilst being a step in the right direction of even smaller creations. After tying a few, a #16 seems enormous.

Have a great month and for those of us in the UK let’s hope spring finally arrives!