Graham Nicol tells us about his week on the Thurso

For several years now John, Abbie and myself have made an annual pilgrimage to the river Thurso in July. Located in the extreme NE tip of Scotland it entails quite a journey but is worth the effort. The season opens very early on 11th Jan and unsurprisingly early Spring catches are thin on the ground and really it is from May onwards that numbers pick up materially. In recent years catches have exceeded 2000 fish with 2010 peaking at 3022. There are 13 beats although Beat 1 is for the local association in the town of Thurso. Beats can accommodate 2 rods and it is fly only with a rotation incorporated whereby each day a rod moves down 2 beats thus Beat 6 today will imply Beat 4 tomorrow, etc. 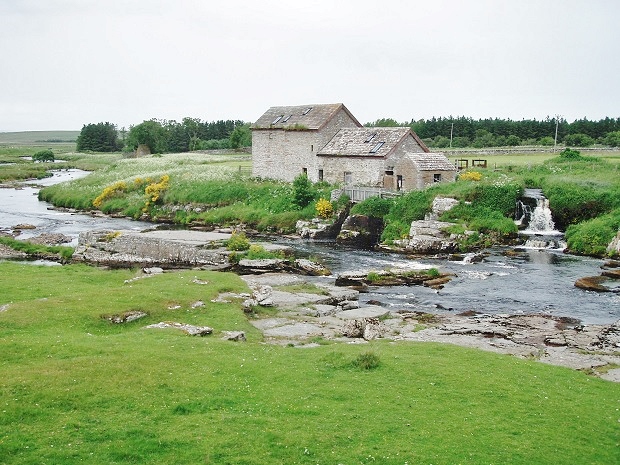 The river flows out of Loch More and there is a fish ladder to assist fish in their migration from the river to the loch. The water is extremely peaty and despite this fish tend to take small flies with all the usual patterns such as cascades, allys and silver stoats being successful. The land up there is extremely flat and as a consequence the river has many slow canal like pools especially on Beats 6,7 and 12. For these to fish well a gale is necessary and then backing-up tactics involved whereby casting square and taking several steps backwards is adopted to speed up the fly including often stripping of the fly. It is not often there is not a wind up there as can be seen with the plethora of windfarms dotted around the area.

This year we had the first week of July and with all trips the long range weather forecast was meticulously studied with indications of copious amounts mid-week. Most anglers reside at the Ulbster Arms hotel located in Halkirk and that was our rendezvous for the Sunday. The first thing that is done  is a quick check on the river level gauge at the bridge and this was disappointing for it was showing 6in. Generally the river fishes best above 12in. Never mind, hopes and aspirations remained high and we kitted up rods. With the low water it was agreed 12-13 ft rods with floaters would be all that is necessary. The wind makes anything lighter somewhat a challenge at times up there.

Day 1 we are on Beats 8 and 9 with the former famous showing the mill that can be seen from the road. Both are perceived as high water beats and thus we knew it would be a challenge. What surprised us was the amount of slime in the water. Any time the fly swam out of the main current it picked up this gunk and it was the sort that could not be flicked off. Very frustrating. Between the 3 of us we saw only one fish and caught a couple of small brownies. Never mind there is always tomorrow. 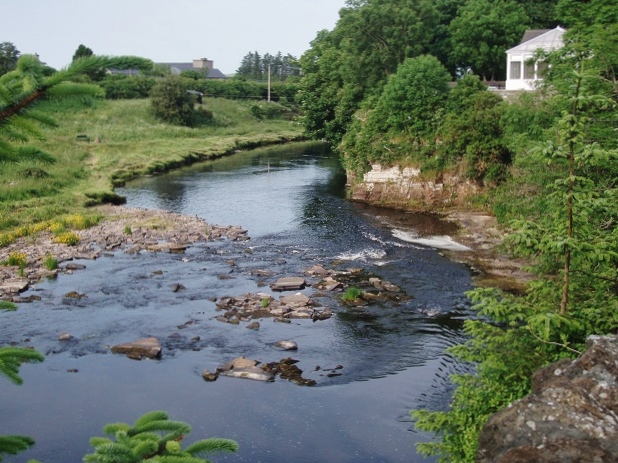 Day 2 and we are on the slow beats of 6 and 7. Fortunately it is blowing a gale and so it is a day of backing up and stripping flies. Success! I caught 2 fish of 10lbs and 5lbs and John caught a coloured fish of 15lbs. We saw quite a few and so confidence was topped up. It even started to rain late in the day; but it stopped too soon!

Day 3 and now the town beat of 4 and neighbouring 5. Sadly the sun came out and there was less wind making fishing conditions a challenge to say the least. More slime to contend with and few fish spotted. We did find an oystercatchers nest and boy was mother annoyed dive bombing us relentlessly. Time to retreat.

Day 4 and we are on Beats 2 and 3. These are both long and very productive and when conditions are tough are still the best for the chance of a fish as the grilse creep up into these and then hang around. It was a nice start to the day with cloud cover and a gentle breeze and we fished quietly confident. Mid morning I connected and after a decent scrap landed a pristine fish of 20lbs on a size 14 cascade. It was 36in long with 18in girth and boy was I a happy bunny. As the day progressed the wind picked up to the point it was a serious gale and getting a line out in some areas was virtually impossible. Surprisingly we saw no grilse and very few resident fish. 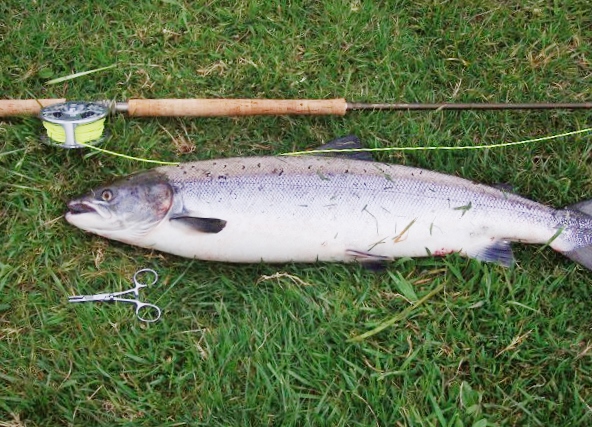 Day 5 and we are on the top beats of 12 and 13. Beat 12 included Loch Beg which is effectively a massive pool where the fish hold up before surging up to Loch More on any rise in water levels. It can be fished from both bank and boat. We fished the run that flows into Loch Beg slowly extending a line and saw some lovely dorsal fins cutting the surface. Surely it was a matter of time before we had a take? Nope. So we went out on the boat and despite fish showing all over the place not a touch. The wind picked up so much that we could not hold anchor and thus we beat a retreat. The river part of Beat 12 is very canal like and thus again required backing up. We saw lots of fish and despite our best efforts ended the day with loads of brownies but no silver tourists. 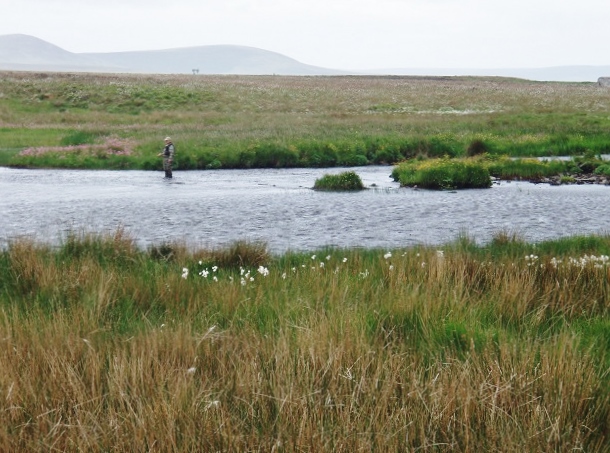 So final day and we are on Beats 10 and 11. The river is now down at 2in and there is not a cloud in the sky and thus we take the morning off in order to focus more fishing into the evening. By mid-day some cloud had come over and we venture out. Again these are high water beats and the runs and pools were showing their bones. Nevertheless fishing one of the pools 3 grilse showed rapidly at the tail and within 5 minutes were showing again at the neck. I raced up and threw a fly over and, bingo! a 4lb fish took. And that was it. You may have noticed the rain never arrived as promised earlier and this is often the case for the West seems to get the bulk with little left to drop on the East coast. 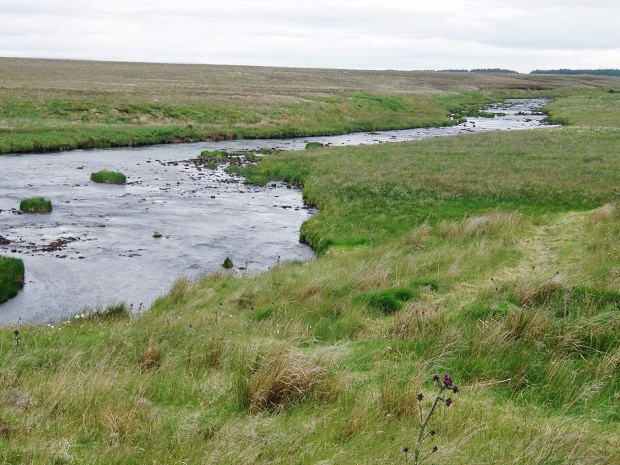 So concluding 5 fish to 3 rods was disappointing but conditions were tough. However, the scenery and company make up for it and we will continue to visit it for the wildness and beauty has to be seen to be appreciated.