As well prepared as you could possibly be, there’s nothing that can be done about the weather: “Should have been here last week” and “You want to be here next week” ringing in our ears as the approach to the area was met with a mixture of conditions. Hooray for the week ahead we thought.

It was an exciting prospect in many ways, not least due to the fact that we were camping, something I’d not done for many years. Having recently purchased said tent which I can only describe as being nothing more worthwhile than for laying totally prone and rigid in as horizontal a position as possible… to do anything else such as sit up or utilise it to change clothing in was hysterical for all to witness. It was better designed to be clung to sheer rock faces than to be strewn on mown lush grass!

... Constructing tapered leaders at stupid o'clock... of all the things! 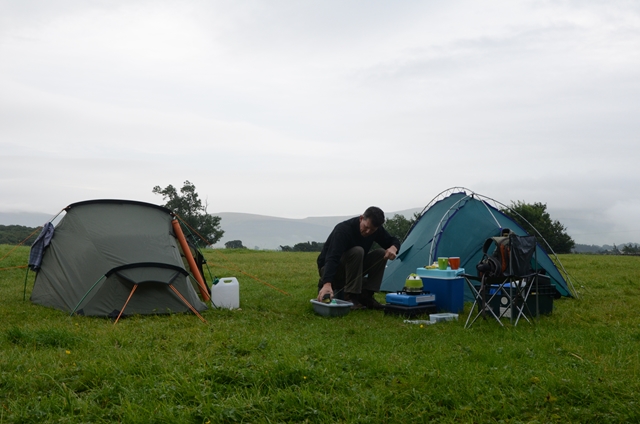 Our first day was blessed; we were in the company of Tony Riley. Tony is relatively local and knows the Kirkby Stephen Eden system intimately. I’ve fished here on a number of occasions, sometimes with success and others not: the weather has been to blame for much of it and others due to my lack of ability or skill on the day. One thing’s for sure; it’s unlike most of what I’m used to ‘doon Sooth’. Namby pamby chalkstreams as many would say.

Never the less it’s just a river all the same… famous last words. 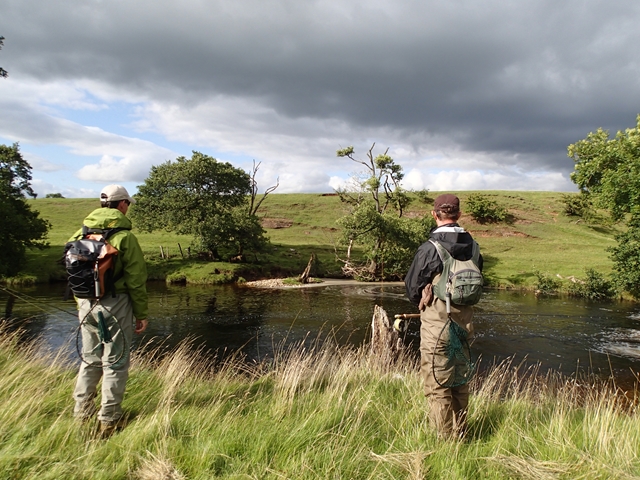 Overkill... Three times more kit than needed, it's essential to have that 'just-in-case stuff' to hand. 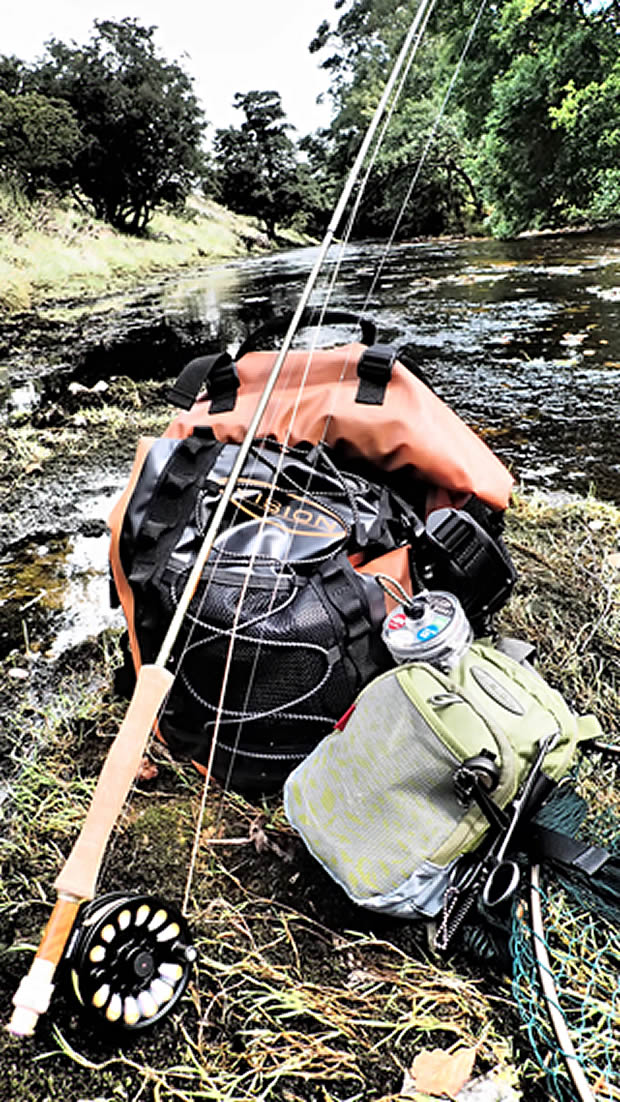 We were in no rush at this stage to fish. This is not a water to just get in and cast aimlessly in the hope of tempting fish. A lot of leg work is required if venturing away from the more popular fishing areas to seek more sizeable quarry. Leg work which I have to say does require some degree of fitness, in fact not just fitness but nimbleness: you’re in ankle breaking territory and I’m used to wearing slippers where I ply my trade.

We were keen to move swiftly to well-known lies. I say well-known, perhaps to Tony. We were passing lies I could have sworn would hold fish, but after consultation with the maestro and his experience having caught nothing in said spot over the years we bowed to his better judgement.

We dropped into the rough, climbed out of it, stood on branches, hid behind rocks, and scuffed the knees a lot in our attempts to sight fish. To say I was pretty much knackered was an understatement… talk about aches and pains in places only Heineken could reach, I feel thy age catching up pretty sharpish.

... Lost & found, and left there for its rightful owner to re-claim... I bet her name is Polly. 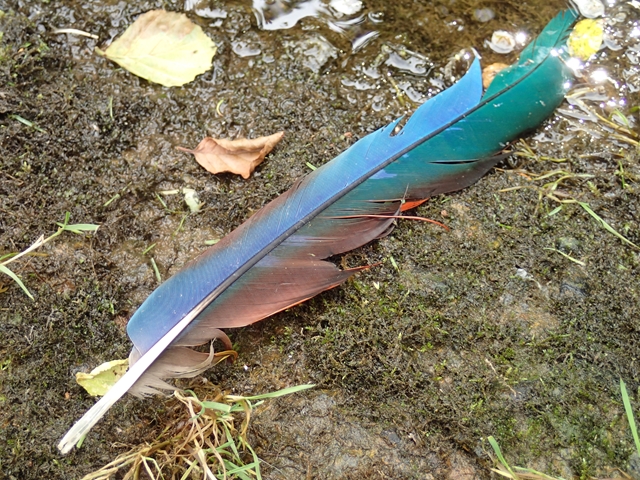 ... If we crossed once, we crossed a thousand times... all to get an upper hand on a lie, or try to. 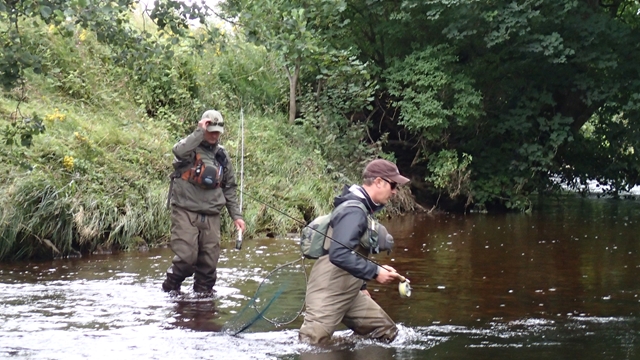 ...  A super pool. Just how do I get in there exactly, a glassy like surface and ravine like banks? 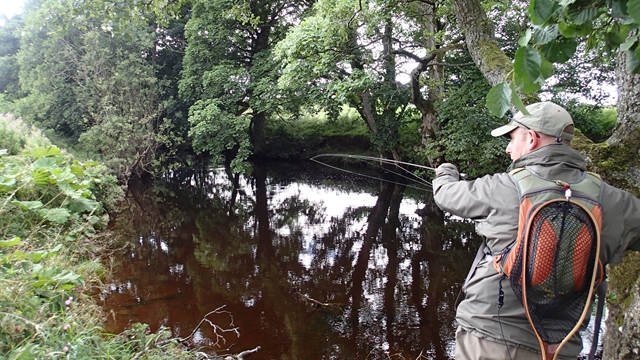 ... An ideal backdrop within which to nestle, wait and observe... in the hope of not being seen. 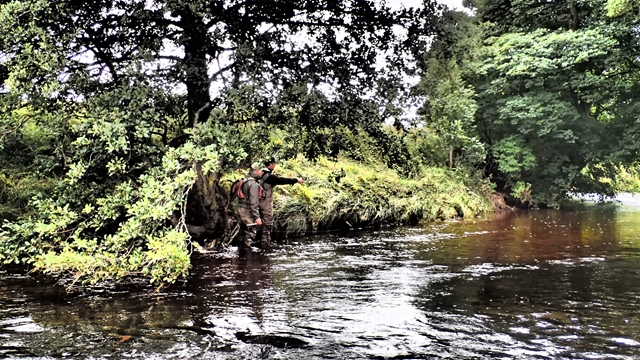 ... What looks like the smallest of rises must be observed in detail, it could mask a good  sized fish. 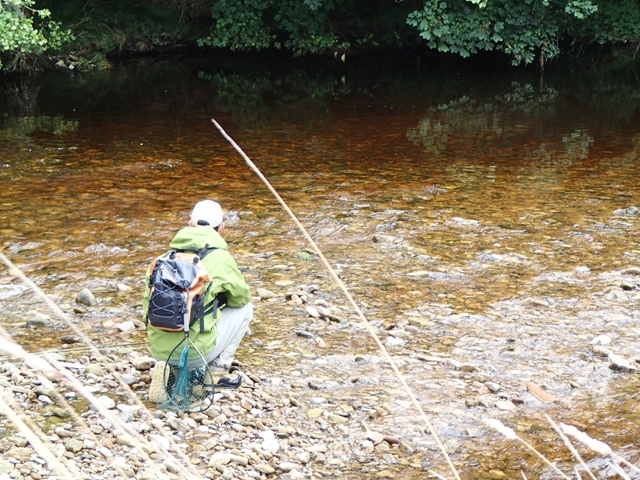 ... Waiting and watching until there was all but a flicker of light remaining. 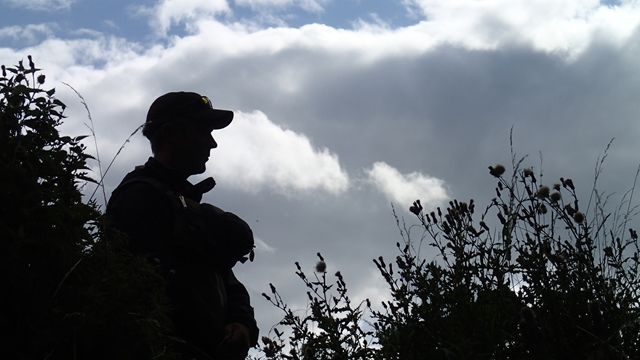 To be continued... Next time we actually cast and wet a line. Strewth another month? 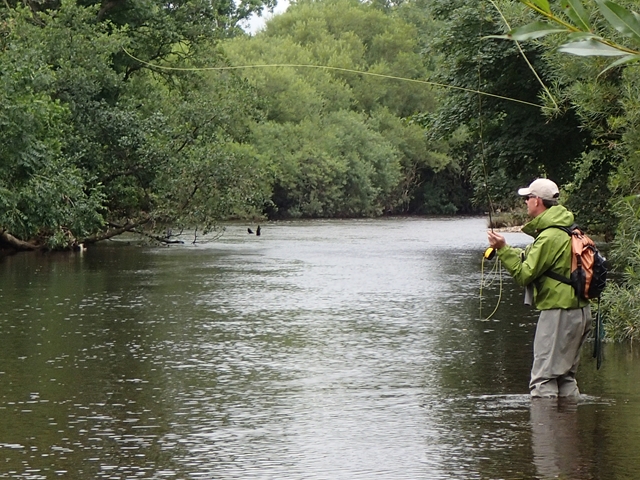