The chances are that if you are reading this you'll probably own or have owned a Richard Wheatley fly box. James Beeson unearthed an amazing tale of one man's dogged determination to ensure that the well known fly box manufacturer was not consigned to fly fishing history.

“We look on past ages with condescension, as a mere preparation for us...but what if we are a mere after-glow of them?”

J.G. Farrell, The Seige of Krishnapur

In 1896 Mr. Richard Wheatley caught a barbel on a fly, deliberately. It might be the first ever fly-caught barbel or it might not, but it is the first recorded. That fish now lives in a glass case in the Richard Wheatley museum and is well-preserved, unlike its captor. Sometimes we have a habit of thinking ourselves at the cutting edge of fly-fishing, pushing boundaries and exploring new frontiers when our angling great-grandfathers have already been there, done that. We should remind ourselves from time to time that newest isn’t always best.

The long history of Richard Wheatley the company came close to the end a year ago. Bankrupt and on the brink, the famous manufacturer of fly boxes was heading for the scrap heap, until Clive Edwards intervened.

‘The house looks as a child would draw it, with a big door in the middle and windows all the way round,’ said Clive after I’d called him to discuss the possibility of an article. The idea had been mooted on the Devon Rivers Forum and I was keen to press ahead while the enthusiasm remained, though I needn’t have worried. 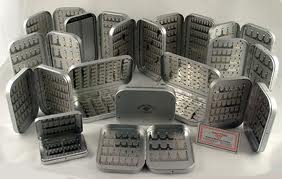 Ten years ago Clive was given a rod, a reel, and some encouragement to start out in fly-fishing. He was also given a battered old green Wheatley fly box to keep his flies in. It must have seemed a good idea at the time, putting him in touch with some healthy fresh air and exercise. Where it was to lead would have been impossible to predict.

There was something about that old green fly box that captured the imagination. We all accept that we need some way of transporting our flies to the river that stops them from stabbing us repeatedly or becoming so tangled we’re left with a single mega-fly with hundreds of eyes. I’m sure plenty of anglers don’t care too much what a fly box looks like as long as it does its job, but as with all things there are degrees.

When I started out in fly-fishing the only fly box I had was a small wooden number with flat foam top and bottom. On the outside was a gold badge that said ‘Richard Wheatley of England’ and left a space to have it engraved, though I never did. In those days I spent more time re-arranging my collection of flies than I did fishing. I imagined myself catching monster trout with each pattern I took out and replaced. The box opened with a metal clasp and the wood had a reassuring weight, not heavy or encumbering but reassuring. It was old, and it felt like the sort of box that might once have belonged to a master angler. It gave me confidence. I’ve owned all sorts of fly boxes over the years made by all sorts of companies, but a Richard Wheatley box has something else, two things really, they are history and character. 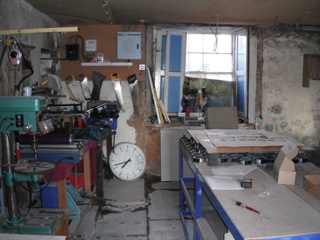 Clive had a similar feeling from his old green fly box, it started him off on the journey of collecting Richard Wheatley products. He took it beyond fishing and into the tobacco pouches, jewellery boxes, and other mainstream products that the company made at one time or other. If it was made by Richard Wheatley, Clive bought it. This incredible collection culminated in the Richard Wheatley online museum which seeks to document what is becoming a lost world of Wheatley. A year ago he made the ultimate addition to his collection, buying the UK arm of the bankrupt company. He has gone from collector, to curator, and now chairman of Richard Wheatley and all for the love of a battered old fly box. It is a remarkable journey.

Being so stewed in the history of the firm means that there was never any consideration of trying to copy the modern manufacturing model, as other famous fishing brands have done, and moving production to the developing world. Most of his fly boxes are made in England as they always have been, a rare thing these days, but the spirit of Richard Wheatley is more than that. 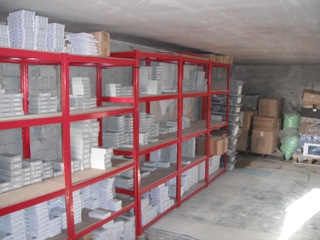 On the ground floor, below the museum, is the new location of the workshop. When the factory closed as many of the tools as could be saved were moved here. One room is given over to them, and in it the blank boxes are assembled. Another room has storage for parts. Another still has finished products, including some that haven’t quite taken off yet like the pouch designed to fit a lanyard. There are tools here that have been designed and built to fulfil very specific jobs. There is a pair of pliers that are exactly the correct size and shape for fitting dry fly compartments. In those days tools weren't mass produced in a one-size fits all approach. The local hardware shop could create a tool to your specifications designed to do a particular job, I know because my ancestors owned a shop like that on the banks of the River Chess in Rickmansworth. In our modern age we have a lost a lot of our originality in favour of the cheaper process of mass-production.

When the factory closed all the tools and machinery Clive couldn't rescue were turned into scrap. Without him all of it would have been permanently lost and impossible to recover. But it's not just the machinery, it's the knowledge too. Wheatley fly boxes are made in England from locally sourced components. For instance it is possible to buy cheaper foam from abroad, but the UK foam is better - it survives repeated use much longer. 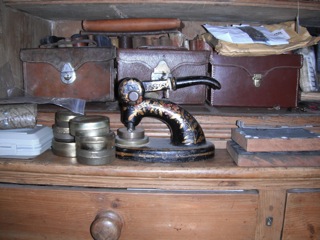 One of the chief advantages of basing the operation in the UK is that it allows for the continuation of another Wheatley tradition, customisation. A fly box can be put together any way you want it - castle foam, ripple foam, easy grip - it only takes a telephone call to have a custom box to suit your fishing habits. The same goes for decoration, if you would like an aluminium box printed with a scene of your favourite river or the flag of your parish then you have only to ask for it.

There are plans to introduce a restoration service, for anyone with a Wheatley box that is in need of some repair. This depends on being able to collect enough sacrificial boxes to harvest for parts, to maintain the aged integrity. It was on this quest that Clive came across a collection of old Richard Wheatley fly boxes, which the owner donated to the cause because he wanted to do all he could to help the restoration of the brand and ensure its survival. There can't be very many fly box manufacturers that inspire that kind of loyalty. Part of the reason must be that a Wheatley box has a story to tell, a patina of summer days in the golden age of angling - the blemishes and misaligned proportions of a life well lived. Having handled some of the contents of the museum, there is a sense of touching a small part of the past, a piece of history that you usually only get from old photographs. 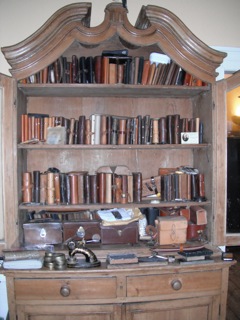 If you own a limited edition Wheatley fly box, modern or antique, then you also own a piece of the Richard Wheatley story along with it, a story to which Clive Edwards is hoping to add a few more chapters. Whether the best days of our sport are ahead of us or already behind it seems right that we preserve as much of our heritage as we can.

Richard Wheatley have released a limited edition run of 100 Ash dry fly boxes, you can buy one from the website.

If you fancy a larger part in the story you might like to enter the design competition for next year's limited edition aluminium box. Submit your photograph of a pattern of fishing flies in the arrangement of your choosing, Clive will add the graphics and if chosen as the winner a run of boxes will be produced that feature your design.