Nick Thomas comes up with another innovative fly pattern, this month he shares with us the Flipper.

Inspiration for a new fly design can come from many different places; this one came from a hook shape. I'd been browsing various websites looking for barbless hooks when I came across the Guru QM1 hook and was intrigued by its unique shape; 'QM' stands for question mark, which is pretty much what the hooks look like. The QM1 is a coarse fishing hook with a very short shank, a extra wide gape and an upturned eye. When turned upside down it looks like a cross between a circle hook and a bend-back hook and it struck me that its shape might lend itself to a new approach to tying point-up dry flies. 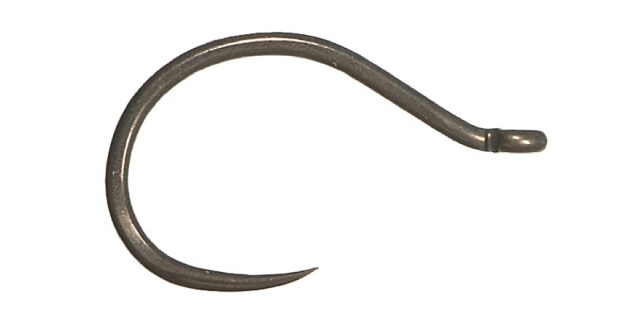 Now there is nothing new in dry flies being tied to land with the hook upside down to avoid having the point showing under the water surface, but I've never been very happy taking this approach with conventional dry fly hooks. With a standard straight shank dry fly hook the centre of gravity is below the shank and the buoyancy of a wing tied on the underside of the hook is always going to be fighting against this. In my experience the result is that flies tied this way don't know which way is up and can spend most of their time lying on their side; this may well catch fish, but it's not very satisfying when a fly you've spent time tying doesn't do what it's supposed to do. In any case tying in a wing on the underside of a standard hook shape can be a real pain (quite literally when you stab your finger on the hook point) and I've never been satisfied with the resulting wing shape and angle. 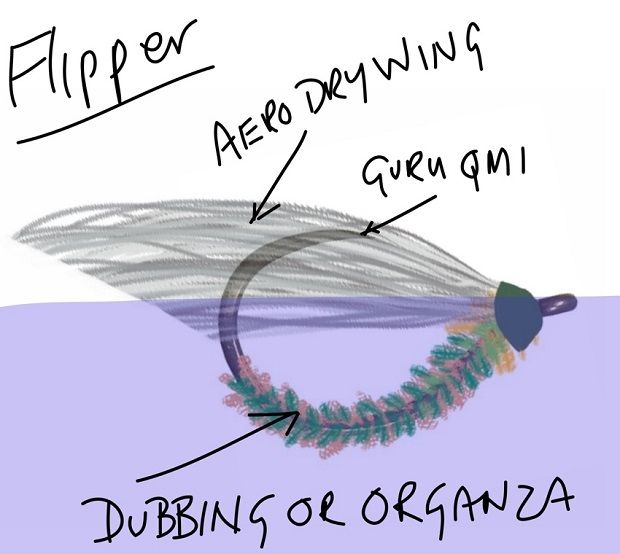 When I'm developing a new fly pattern I often make some preliminary sketches to work out what materials I'm going to use and to figure out the tying method. So I made few rough drawings of the Flipper using an image of the hook as a guide and it looked like it would be worth getting some of the hooks and tying up some prototypes to test. I ordered a pack each in size 14 and 16 and liked the way they looked; they were nicely finished with a good balance between wire thickness and hook size and gave an impression that they would hold a big fish. 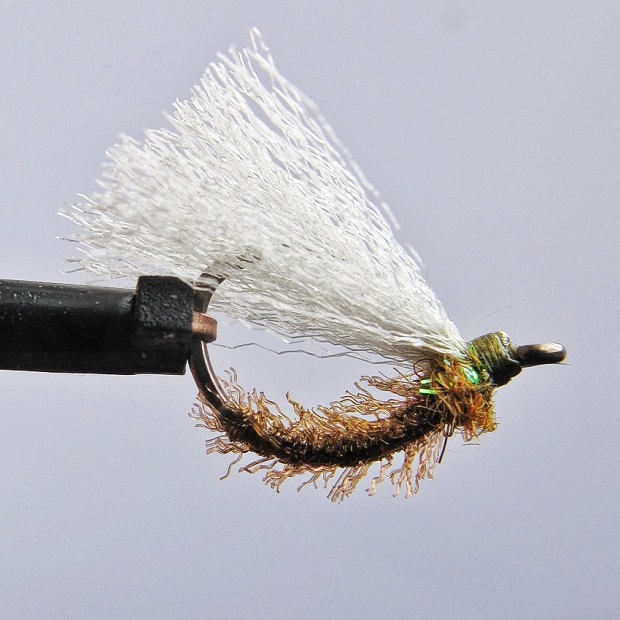 The design idea was to build a slim body along the shank to half way round the bend opposite the eye leaving a gap just behind the eye to tie in the wing. The hook shank would then act as a keel to lower the centre of gravity like a bend-back hook and ensure that the fly would float correctly with the point up and hidden by the wing. Initial thoughts were to use either an organza body wrapped in touching turns or to rib over a dubbed body with flexifloss. For the wing I had Aero DryWing in mind, which would be looped around the thread at the eye and folded back on either side of the hook point to make two slightly separated wings, held in place with figure-eight wraps if necessary. I'd be aiming at quite a dense wing to mask the hook point from view, but with a bit of a gap in the middle either side of the point so the wing wouldn't  interfere with hook-ups. I'd cut the wing at an angle behind the bend to give a wedge shaped wing and experiment with different wing lengths. Aero Dry Wing floats really well and would provide the necessary support for a hook with heavier wire than is usual in a dry fly. 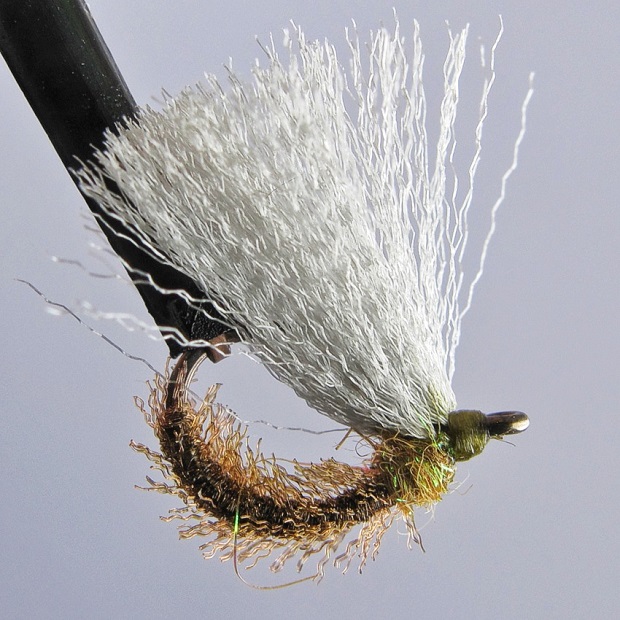 Thread: Moser Powersilk (I use grey and then tint the thread with a marker pen) 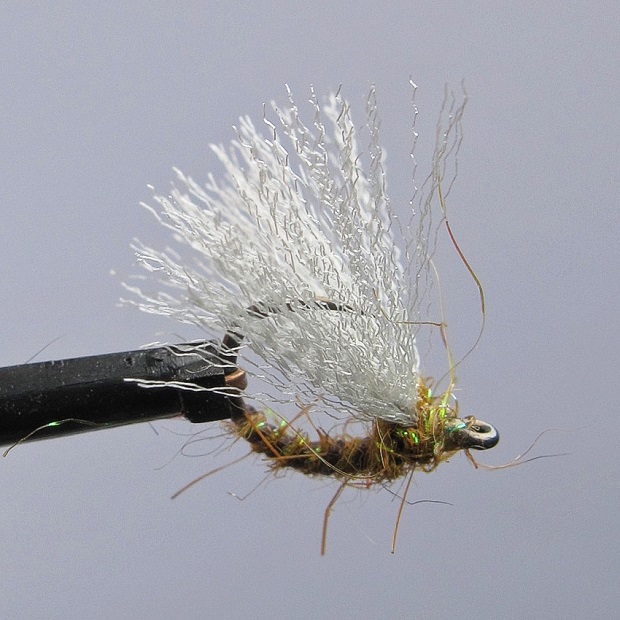 The Flipper fishes best on around three feet of tippet (I use 4-6lb degreased fluorocarbon so it sinks) attached to a floating furled leader. I give the wing a sparse coating with Gink which will keep the Flipper floating the right way up all day, or at least until something eats it. This being a cunning stealthy fly you shouldn't have to wait too long..... 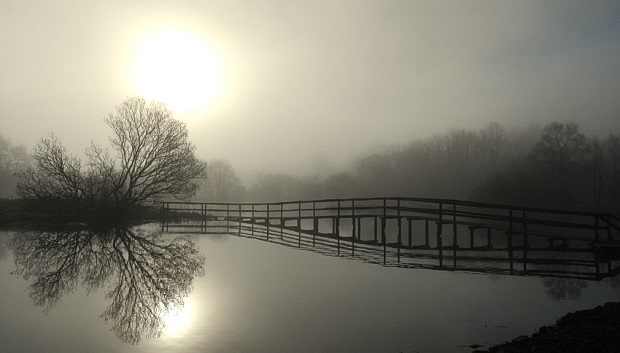