Pete Tyjas spills the beans on a fly he's been using for a few seasons and  although we have all heard of it, many of us don't use it. Is it worth a try? Read on:

I recently did a demonstration for a fishing club. I did a section on presentation casts and asked how many people fished just a dry fly throughout the season. A large number of hands shot into the air.

I wasn’t too surprised to see this as the feisty trout of our acidic streams in Devon always have half an eye on the surface for a tasty morsel coming their way. But with us in the early stages of the season and temperatures still pretty cool, hatches confined to the warmest part of the day and rising fish are still a relative rarity so are there things we can do to tip things in our favour?

When all is quiet I’ll try and put the odds in my favour and scale up the dry I’ll be using. I want it make it worthwhile for the trout to take a look so instead of the usual size 16 to 20 hook size I will often go for 14 or sometimes 12. I want my offering to look like a three course meal rather than an appetiser. 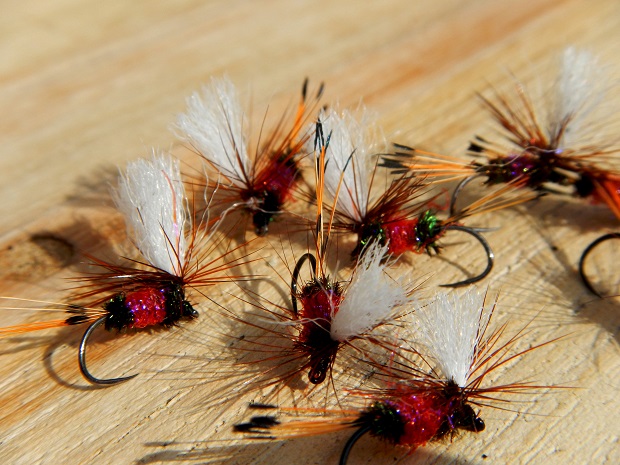 A Klinkhammer Special is a popular searching pattern and a fine one at that. Easy to spot on the surface with most of the fly sitting subsurface it screams “eat me” as it passes over a trout. I can recall fishing a black version pretty much all season a number of years ago and it worked really well.

These days though, I am influenced by the fishing I have done in the American Mid West and prefer to fish attractor patterns that have a little of everything about them and at the top of the list of them for me is the classic Parachute Royal Coachman fly.

When selecting a fly I am looking for trigger points: something that will attract the fish either out of curiosity, hunger or, as has often seemed to be the case with this fly, aggression. I have often experienced angry slashes at the fly even from settled feeding fish.

The Royal Coachman is loaded with hot spots from the golden pheasant tippets in the tail along with the red floss and peacock herl combination for the body. There is plenty to grab the trout's attention. Being tied in parachute fashion means it also sits in the water rather than on top which, for me, has been far more productive.

It will also work well as an indicator dry as part of a duo or NZ set up too. 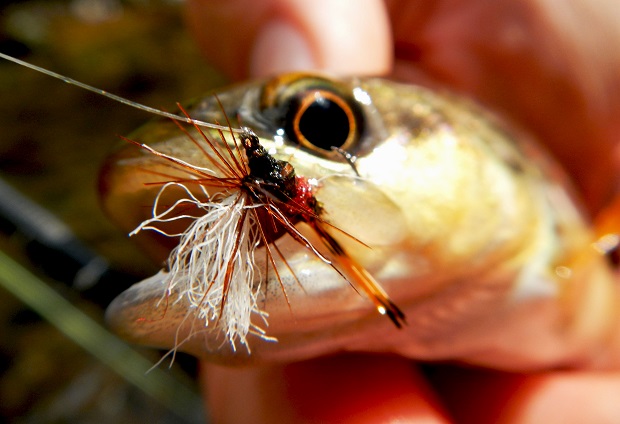 The fly is primarily designed to be fished in the faster water we encounter at the heads of pools. During my early season fishing I’ll be working these areas but keeping an eye on slower, slightly warmer water and will often give the fly a slight twitch just to let the trout know there might be something in their area that is good to eat and is struggling in the surface film.

Being an out and out attractor fly I’m not looking to represent a specific food source and so when tying these flies I have tried to enhance the trigger points a little further and instead of the traditional red floss body I dub a red body of Hareline Ice Dub or Hends Spectra Dubbing.

I have also experimented with differing body colours too, some with impressive results.

There is nothing like the original though and although some may not consider it a cutting edge pattern it has a firm place on our streams. So if you have a few lurking in the deep recesses of your fly box or you're looking for a versatile, all-rounder to tie on give them a go!

Pete Tyjas is a fly fishing guide based in Devon