Our good friend Stan Mankov is back this month. He looks at the highs and lows of spring fishing.

The weather in Bulgaria varied this spring like the colouration of a brown trout. We had really sunny March and the rainiest April from more than 100 years. At least that is what news saying. Fishing season is usually at its best in April but this year it was a little harder as most of the rivers were too big and brown to fish. They still look good but for rafting or some other water sport. I`ll share some of my tactics for these conditions with you. 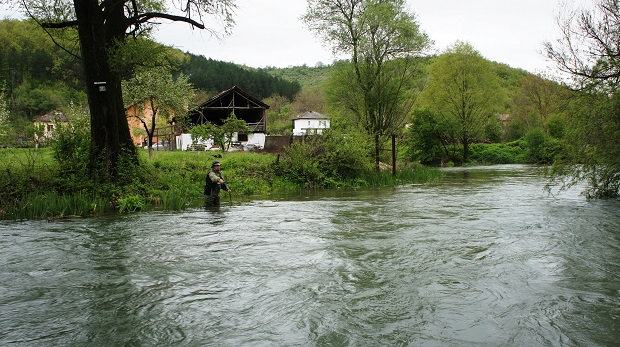 I think fish will take the fly even in brown water as long as the fly passes close enough to the fish so it can really notice it. So we need contrast. I think black is the color for really coloured water. Combined with a red or orange bead the fly can be the right choice. When big water brings debris of all sort and fish might start trying this and that in the beginning but soon after it realizes "none of those are good to eat" it stops feeding on anything that flows with the current. In this case dead drift nymphing is not always the right style of fishing. Streamer fishing can be at its best here or down and across with nymphs which have a well visible hot spot. I use dark nymph patterns ribbed with red wire. Black zonker or woolly bugger with orange bead has caught many fish for me in high water. Some Polish guys use an imitation of a worm made from pink condom in high water situations. I start fishing on a fly to avoid worms so I try not to match the hatch in this case at least not with realistic pattern such as the Polish worm. 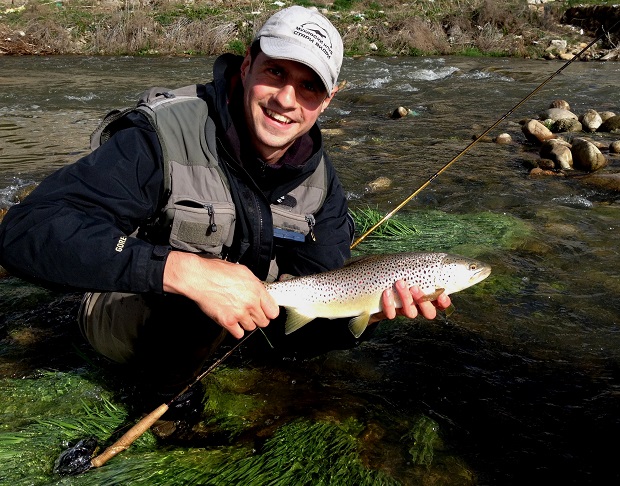 Streamer patterns stripped in the main current close to the bottom is a great tactic for big browns but some times it keeps raining and water becomes murky and really big. Then fish move to the sides of a stream in shallow water if possible on the sunny sight of the stream. It is very important to fish those calm flat water parts and not to hurry to put our fly in the main current. It is a simple rule that applies for all fishing conditions - always start from the closest piece of water near you, usually under your rod tip and then slowly go further. You might be surprised how close to the bank a big brownie can stay during floods. 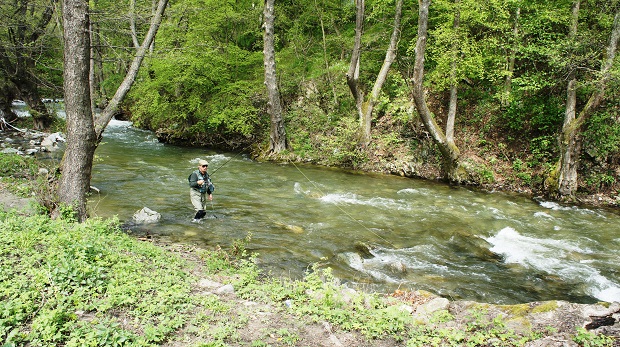 Fishing downstream, or at least moving down the current, might be better in conditions as described above. And the last thing that comes to my mind is we have to be self-willed and not to give up. High water condition makes the biggest fish move out of their dens so it is a great moment to do your best to lure that queen of the stream. 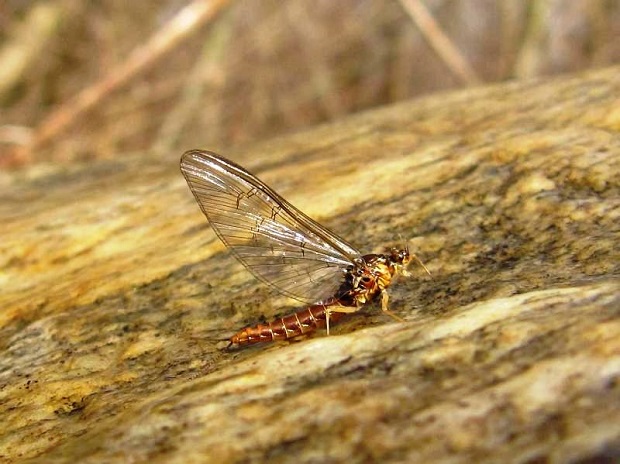 Of course if water brings branches and is about to flood the local village, fishing might not be the best idea. We have to be smart and careful after all. Carry a wading staff, don`t go too deep and why not put your life jacket on so you are absolutely sure you won`t be washed out. After all fishing is supposed to be fun and if we want to make it an extreme sport we better take care for our own safety.

Like the lyrics say - "Here comes the sun" and after a day or two rivers start to drop slowly. Brown colours starts to clear. Less debris flows with the current. River is still high but quite clear. Well what are you waiting for grab your rod and go catch those browns. Don`t forget to enjoy and safely release them too. I`ll do the same on some wild rivers near the Black Sea coast on the border of Bulgaria and Turkey. I plan to spend a week there in the beginning of May. I hope after all it will be a great story to tell for ESF. 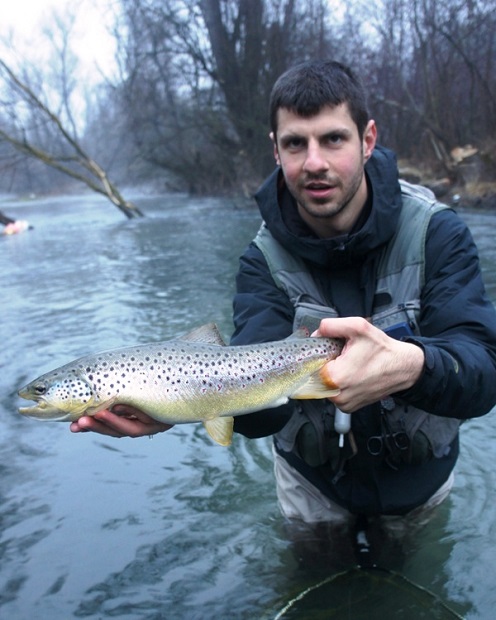 Tight Lines to you all !