Planning on trying saltwater fishing this year? If so, you might want to take a look at 3 patterns that Nick Thomas uses when chasing bass.

For me the coming of a new year is always a time of anticipation. Planning trips to favourite places or new waters, tying up some more of my choice flies and designing new patterns for testing all relieve some of the frustration of not being out fishing when the wind is howling or the rain is pelting down.

Most of my fly fishing time through the autumn, winter and spring is spend trying to convince trout to eat bent bits of metal wrapped in fur, feather and ribbon. In the summer other species get a look in. Mid-week days offer the opportunity to pursue carp with dry flies when the boilie brigade aren't camped out along the bank. Summer holidays in Pembrokeshire and Scotland encourage diversification towards the wide range of species that can be caught wading in the sea with an 8 weight and something suitable tied on the end. 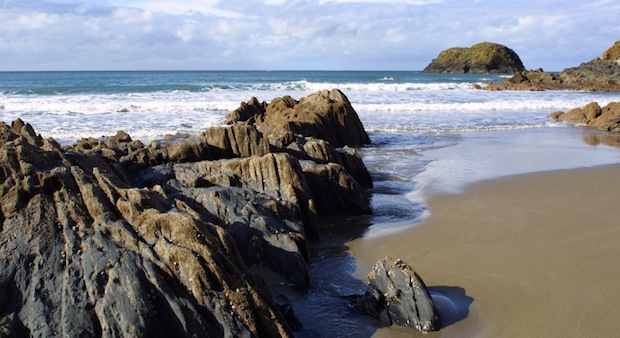 The three patterns featured here are the ones I use for the majority of my saltwater fly fishing. Tied in different sizes and colours they cover a good selection of prey species for the UK and further afield. In my experience for saltwater fly fishing in the UK you really only need three types of flies; a shrimp/slater small thing, a larger prawn and a baitfish/sandeel pattern. Put a few sizes and colours of each in your box and you're ready for wading in the salt. All of the patterns use organza ribbon in one way or another to produce a translucent silhouette. See ESF issue 33 for full instructions on preparing organza for tying.

So if the wind and rain are keeping you away from your favourite lakes or rivers, look forward to the warmer weather of summer and tie up a few of these for a trip to the seaside. 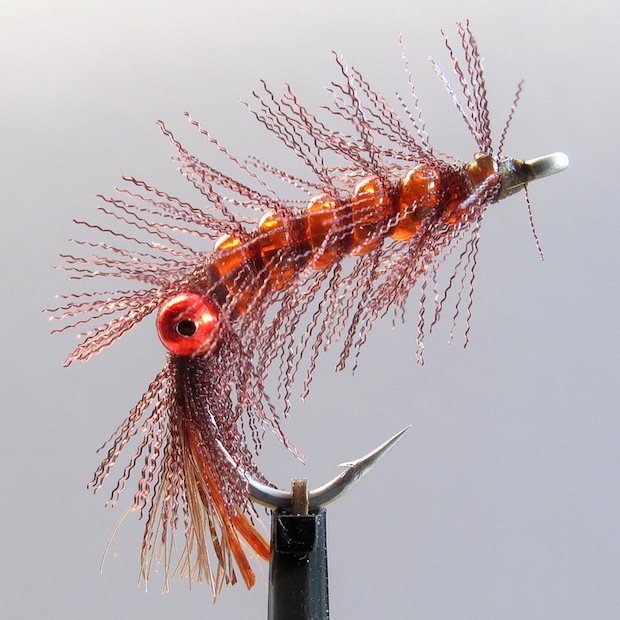 I use this pattern for fishing the beaches and estuaries in South Wales for bass and mullet, or anything else that comes along; that's the nature of salt water fly fishing. It's a simple pattern to tie and great for fishing on a dead drift cast out across the current or surf and left to wash around to explore among the weed and pockets in the sand and gravel. The bead chain eyes provide enough weight to flip the hook point up and keep the fly from snagging most of the time, but as it's quick to tie I don't worry about losing the odd one from time to time.

Run on thread and take to bend in touching turns, cut two beads from bead chain and secure with figure of eight wraps.

Take two lengths of flexifloss and three strands of crystal flash, fold in half around the thread and tie down in front of the eyes. Pull feelers between eyes and tie down round the hook bend.

Wrap the vinyl rib in open turns to the eye leaving a gap of half a millimetre or so to allow the organza to fit between. Tie in the vinyl at the eye and trim the excess.

Spiral the organza forward following the grove in the vinyl body and secure at the eye.

I devised this pattern as I wanted something light that would sink as slowly as possible for fishing in the shallow bays and estuaries of Pembrokeshire for fish patrolling around weeded rocks. Using small glass beads for the eyes and just organza for the body gives a much lighter fly than the bead chain eyes and solid plastic ribbing used in the organza shrimp. The eyes are attached by threading them onto the organza ribbon used to wrap the body, a process which I find a lot less fiddly and more durable than attaching eyes to melted monofilament which is the usual method for saltwater shrimp patterns.

Catch in thread at eye and run back to bend in touching turns.

Cut a 15cm length of organza ribbon and prepare for tying in.

Slide the beads to the middle of the organza, tie in below the hook bend with the organza trailing behind the bend with the short fibres pointing downwards and wind the thread forward to bind down the tag end.

Lift up the feelers at the bend and hold back out of the way. Take two turns of organza around the shank below the bend and then slide the beads along the organza until they are sitting next to the hook. While holding the beads in place either side of the shank make a loose wrap of organza followed by a couple of further wraps with increasing tension.

Check that the beads are sitting below the bend and to either side of the shank, drop the feelers back into place and secure with two turns of organza. Wind the organza up the hook to the thread making the final turns under the tail, tie off just behind the eye and trim the excess.

Whip finish at the eye and trim the tail and feelers to length.

I tie this pattern bendback style for two reasons.  Bending the hook to give a keel ahead of the bend causes the fly to swim point up with the point masked which is useful in weedy areas or if there is loose weed in the water. Also the shape of the hook allows the organza wrapped around the shank to bulk out the body while supporting and allowing the wing to flow back from the head smoothly to form the baitfish profile. The pattern can be tied in a wide range of colours to imitate different bait species, but I particularly like the white and grey version shown here. I always carry this pattern in a range of sizes to match the bait species in different locations. It was a small size 4 version that caught me my first flatfish from the surf, a small turbot which nabbed it as I twitched the fly along the bottom in very shallow water.

The key to tying this pattern successfully is tapering the wing fibres correctly before tying in and building the wing in three stages. This embeds the strands of crystal flash in the centre of the wing so that the flashy material blends with the softer wing materials to give a less harsh and more naturalistic appearance. If you want a heavier version to fish deep water then wrap the shank with lead wire or foil and coat with superglue before wrapping over with the organza body.

Hold the hook in pliers and bend the shank away from the point by about 20 degrees one third back from the eye. Clamp in vice with the point upwards with the front section of the shank level.

Catch on the thread at the eye and run down to the bend in the shank. Coat thread wraps with superglue.

Tie in a stripped length of white or pale grey organza ribbon and take thread up shank. Wind organza forward in touching turns and tie in.

Tie in a length of red or orange organza, wind forward to 5mm from the eye and tie in to imitate gills.

Cut a hank of wing fibres 5-6 times the length of the hook and taper by gently pulling fibres at either end. Fold the fibres in half around the thread and tie in on top of the shank immediately in front of the gills.

Cut a hank of crystal flash, taper, fold around the thread and tie down in front of the under-wing.

Cut a second hank of wing material, taper, fold in half and tie in behind the eye. Use your thumbnail to roll the fibres around the top half of the shank to form a roofed wing over the underlying crystal flash.

Build a neat head with thread, whip finish and seal with superglue.

Add more resin to the head, rotate to cover the eyes and form a smooth head. Set the resin.

A couple of years ago I had a great session at Abercastle using a slim olive version of this pattern to imitate sandeels. It was a flat calm evening at high tide and pollack had moved into the inlet from the outer reefs and were harrying shoals of sandeels in clear shallow water over the flat sandy bottom. Every few minutes the water would ripple and bristle as the panicked sandeels broke surface to escape pursuit. Casting the fly into these areas produced a fish on almost every cast. This continued until the tide ebbed, the sandeels dispersed and the pollack headed out to deeper water. 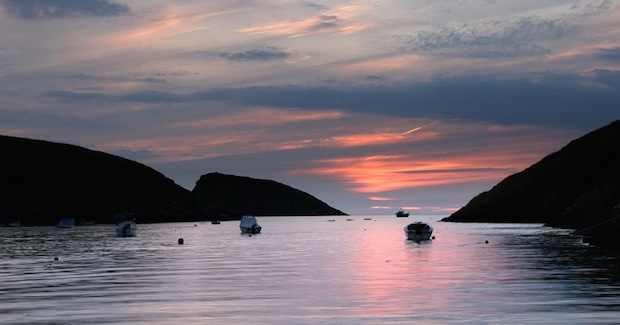