If you're like me and missed your hit of Chadd VanZanten you'll be pleased to see he is back in ESF this month.

I took Russ Beck fishing on Rock Creek because I’d been there and he hadn’t and I knew once we got up there, he’d say, “Good grief.”

That’s what Russ Beck says when he thinks something is really impressive.

Like the time we drove to Montana to fish the Missouri River with our friend Brad. It was an eight-hour drive. Montana really is one of our larger states. It’s number four. After driving for three hours, we ran out of things to say, but we kept on talking for another couple hours. Just to be sure, I guess. Then Russ told me to find some music and so I played some Joy Division.

We made it to Brad’s house in Helena. Brad and Janelle let us stay with them and fed us homemade pizza. We sat on their living room floor watching TV and tying flies and eating slice after slice of the pizza.

“Good grief, you guys,” said Russ. “This is awesome. Thank you.”

When Russ Beck farts, he just tells you. He’s not embarrassed about it. I guess he doesn’t want anyone to wonder who did it. He wants to do the responsible thing. So he just announces it. He was crossing the living room to get more pizza when he farted.

Everybody laughed. Janelle had a mouthful of food and she was laughing so hard her eyes filled up with tears and eventually she tipped over sideways because she couldn’t breathe properly.

To reach Rock Creek, you drive up the highway for a while, then get on a gravel road, then a jeep trail, and then you walk awhile through a stone-strewn dell, threading your way between clumps of sage and juniper brakes. It was spring and the ruddy bankside willows were sending their new shoots skyward like CB antennas.

The first part of the stream is a series of meanders. Five or six bend pools in a row, all alike and each with at least one trout waiting, sometimes two. It’s premium tenkara country. The fish don’t grow to immense size in Rock Creek, but every so often you hook a big one, which makes you think more highly of smaller ones. We caught some fish. They were mostly cutthroats.

“Good grief,” said Russ. “This is gorgeous up here.” 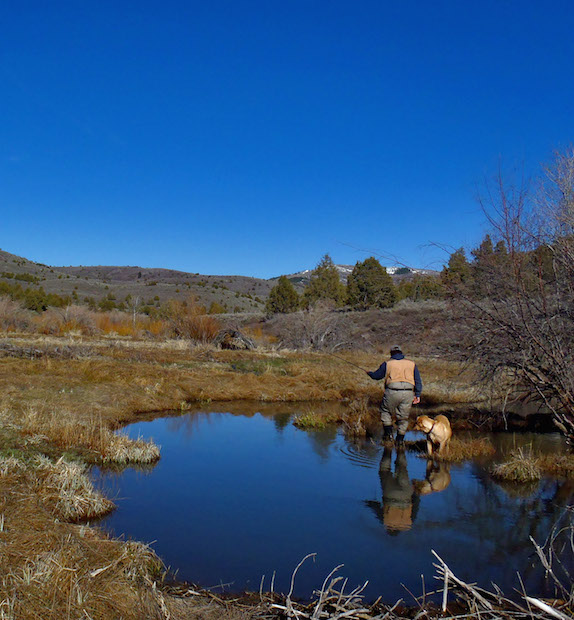 This was back when Brad had just finished his master’s thesis. I proofread the whole thing for him. Didn’t charge him a dime. There was no way I could—he didn’t have any money. But even if he did I wouldn’t have. It was that good.

It was all about how the West has changed according to who was in charge at the time. First the native Americans, then European settlers, and now us. Brad’s goal was not to lay blame. It wasn’t an indictment. It was a record of the stories.

There were stories of how the Bear River drainage was once so choked with cutthroat trout the Shoshone could simply pick them up and walk away. It’s one of the reasons they settled along its banks. Then came the lumberjacks and sawmills. And then the sheep. Then cattle.

Or the story of a bunch of Mormons who tried to plant eels and lobsters and oysters in the Great Salt Lake. I can’t help but cringe at the idea of any aquatic lifeform dropped into that hot, briny soup. Surely an oyster would be happier in a lake of battery acid. But they did it. They’d bring live fish in barrels all the way from California on trains, and then set them loose in the lakes and rivers. Carp and bass. Salmon! They were planting fish the way you might plant a peach pit in your backyard, or sunflower seeds or eggplant starts, just to see if it’ll grow or not. For the fish-planting Mormons, the answer was usually “not.”

But deforestation and exotic species introductions aren’t the only ways the West changed. Brad said it doesn’t matter who or where you are. You can’t live in a place without changing it. The Indians couldn’t, and neither can we. 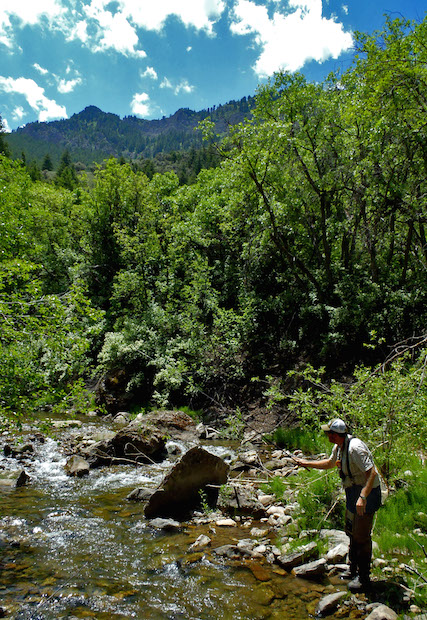 He also said there was no one perfect state of nature, that humans didn’t just stumble along and foul up some unspoiled and static Eden that had existed for uncounted millennia. Nature changes herself all the time, even when people aren’t around.

Keeping records of the changes—that’s where Brad’s interests lay. Curating what was here when we showed up and documenting what happened next makes us mindful of the changes we make. Documentation makes us accountable, too, and responsible. Smarter, maybe. Hopefully.

“Brad said in his thesis this whole mountain used to be covered in pine timber.” I said that to Russ, out there on Rock Creek. “Not sagebrush and juniper like now. All timber.”

“Can you imagine this place as just one big forest?” said Russ, scanning the scrub-dotted hills.

The next part of Rock Creek is a beaver dam complex, a spread-out pond with dead willow branches sticking up and bleaching in the sun. Nature was changing herself. The untroubled face of the water reflected the unblemished and limitless blue above. At first we skirted the margins of the pond, casting into the center, but it was hard fishing that way. The fish were always just out of reach. So we waded in, stalking through a forest of bones. 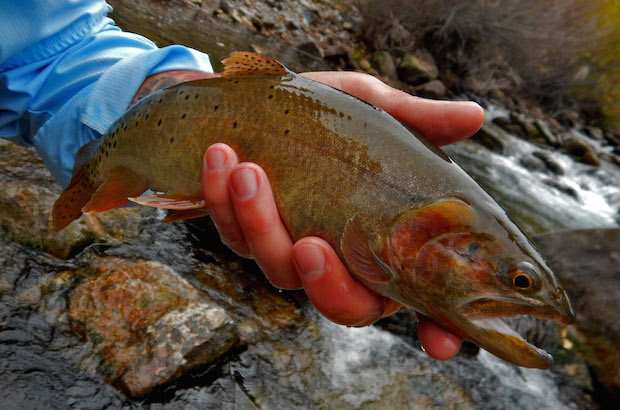 A fish rose beneath the arching limbs of an enormous and deceased willow tree. Then he rose again. There was no way I could ever cast to him. There were too many branches guarding the way. But I turned and went over there anyway. Just to be sure, I guess. The water was up to my waist. I waded slowly so the fish wouldn’t startle. Plumes of mud boiled up behind me.

As I approached the big dead willow, a sandhill crane rose up and spread her wings. With one great wingbeat she was airborne, so close I felt the wind of it on my face. At first I thought she was going to pounce on me and drive me down into the muddy water. She probably could have. They’re definitely one of our larger birds. But instead she hung motionless for a split second in the air, brilliant in the sunlight against the empty blue sky, and then she wheeled to one side and flew away.

She’d been sitting in a nest down in the base of the big willow, whose branches were the pickets and battlements of her fortress. The beaver dam was her moat.

I could have investigated the mound of her nest. It was right there. I could have gone over and peeked at her eggs or her young. But I became all at once aware of my own immense presence there in the stream, and it felt a lot like embarrassment. To have jumped the crane that way, to have blundered into her battlements. And so I backed up and turned around and got out of the beaver dam. My boots and waders were black and slick with mud.

As we hiked downstream and back to the truck, we heard the sandhill crane’s agitated chattering. She was up on a hillside behind us. She bobbed through the juniper trees and watched us, peculiar and yet graceful, waiting for us to clear out.

Chadd and Russ are about to publish a book that is going to be a big hit within the fishing community. On Fly Fishing The Northern Rockies will be on sale from June 8th. 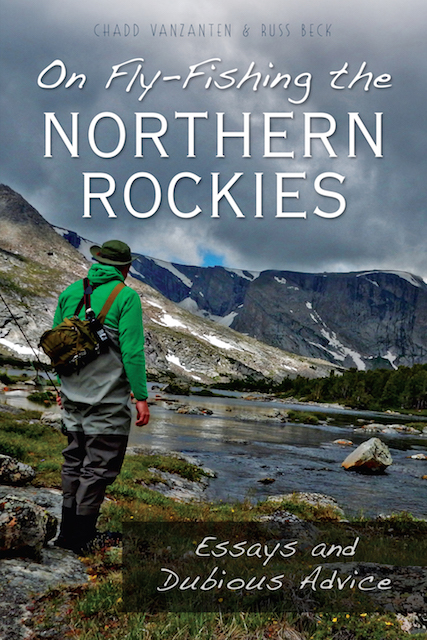