There is a river that I fish that sees my footsteps land on its wild and coarse banks several times a year.  The water has an excellent head of wild brownies with a fish of around a pound being considered a 'good un'! It runs for around four miles between a series of lochs before entering one of Scotland’s most famous salmon systems. The headwaters see a meeting point between three streams tumbling down from the surrounding mountains. It has a varied menu in terms of fly life with excellent hatches of olives, sedges and terrestrials forming the trout’s diet. This has the fish very confident in looking up all season long and as such has become a rule of mine to leave the nymphs at home. 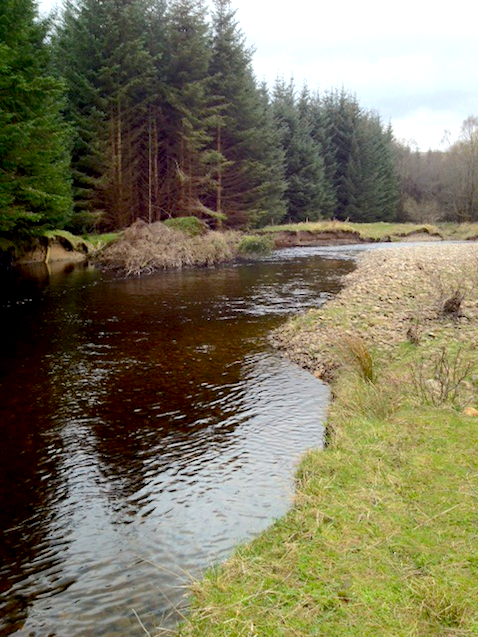 A thoroughly memorable day a couple of years back started with my good mate Robert and I heading up North. We parked at a small parking space beside a bridge overlooking the river and seeing it was in fine fettle we - in what has become conventional fashion - fired up the gas stove and loaded up on calorie laden rolls and square sausage (a Scottish delicacy) and cups of tea. It's vital to get a good breakfast on board as the fresh air and several miles walking up and down river banks soon have you starving again….or is that just me?!

The fish of this river can be extremely spooky mostly due to the extreme clarity of the water and very little human traffic. Pools can be up to 12ft deep and you can see every single pebble on the riverbed.  Several medium olives were coming off as we reached the first pool. A bridge at the head of this pool oversees three runs to form between the pillars merging into one fast run opening up into a smooth flat before the next pool forms downstream. Fish tend to hold early season in the very head of this pool in the fast turbulent water. This pool can usually be relied on to save a blank, especially very early in the season and if fishing with a mate, can see one of us get the waders on and set up that bit quicker than the other in order to get first dibs! 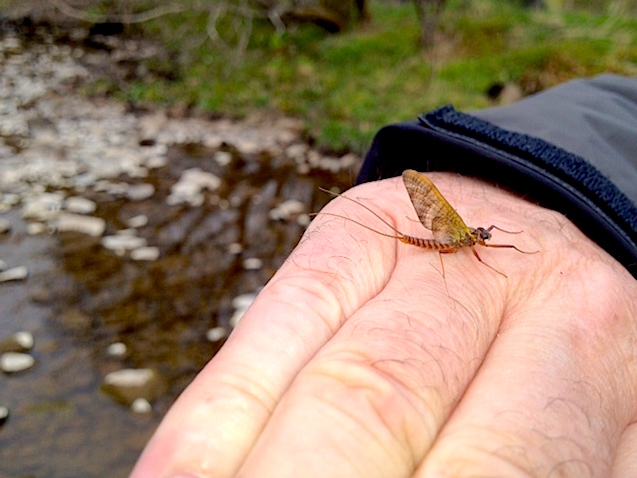 Today, Robert was first into the pool taking on the left hand side of the run while I moved up the right side. The occasional Large Brook Dun floated on by but the fish were ignoring them preferring the smaller olives. Almost immediately I hooked a nice fish of 3/4lb on an Olive Quill Klink. The fish deciding to batter its way through the main run cartwheeling and crashing through the pool before coming to hand. We decided to rest this pool and fish it on the way back to the car at the end of the day.  Heading downstream we soon split up and fished several different runs with each pool producing several fish up to around that magic pound mark. Olive Klinks and Marc Petitjean CDC duns were doing most of the damage.

By mid afternoon the medium olives were starting to tail off being replaced with a huge number of black gnats. Heading up the tail of one pool where the river narrows but deepens significantly to around 9-10 feet at the head I spotted several fish clearly taking each and every gnat passing over there heads. Snipping off the Olive Klink and replacing it with a black one with a glister dubbing thorax, a cast was duly delivered over the nearest rising fish. Having seen him come up through the depths to nail the fly I struck too soon and sent him shooting up the pool disturbing the others putting them off the feed.  Amateurish!

The next pool downstream was similar in character with one exception. At the head of this pool there was just one fish. A big lump of a fish. Heading and tailing over every single fly passing over its head - I reckoned him to be well over the 3lb mark. Watching him for a good couple of minutes he was clearly taking flies from deep, coming up confidently and then returning down deep getting into station before coming back up. I waited before he settled back down and delivered my fly about a good 1.5ft above him.  Up he came, mouth open, down he went. Aa gentle lift into him...feeling the line tighten and rod bend, he was soon heading for the safety of the depths. Feeling the weight of him I shouted to Robert who was above me to come down. We know when one of us has a lump on the other comes with the camera sharpish! A kind of silent agreement honed on rivers such as the Clyde that regularly gives up its resident lumps. This fish was clever; we could see he was rubbing the leader over sharp rocks on the riverbed! Real heart in mouth stuff. After five or so minutes he began to tire and with no net, Robert got in below him and lifted him gingerly out the water and onto the bank. We reckoned he was about 2.5lb with an absolute shovel for a tail.  A quick couple of obligatory pictures followed and back he went kicking off strong and spraying us with water in the process. A handshake was duly offered and accepted before we headed back upstream towards the car, fishing each pool in turn. 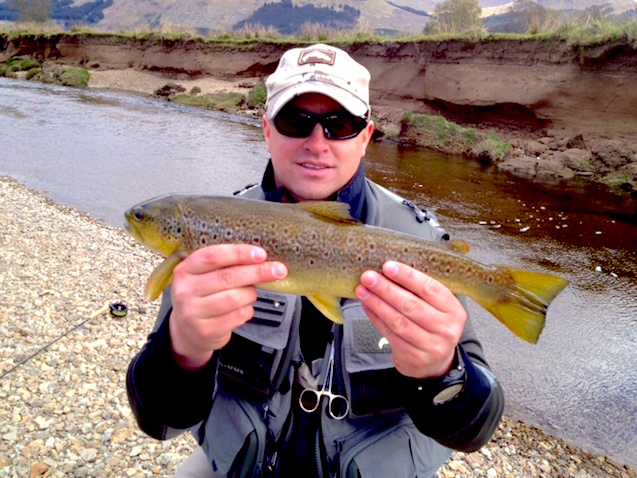 Several more fish followed to dries with the next best going 1.5lb to Robert's rod. A fine piece of angling from the ex Scottish River Champion had him presenting a black gnat pattern under a low riding branch crossing the river into the mouth of a nice fish. It was the type of lie that looked impossible to get a drift over without catching your rod and leader over the offending branches but Robert, making it look easy, had spotted a confident feeder and duly delivered him to hand. That was to be the last fish of a quite memorable day. 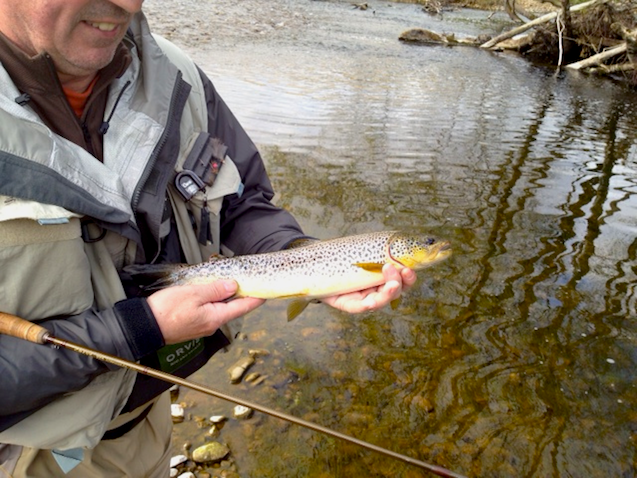 There are times when the fishing throws up good learning points for future trips. That day taught us a simple one. Take a net. We had both subconsciously made the decision a few outings earlier on this river that we didn’t have to as we thought the fish don’t get much bigger than a pound! 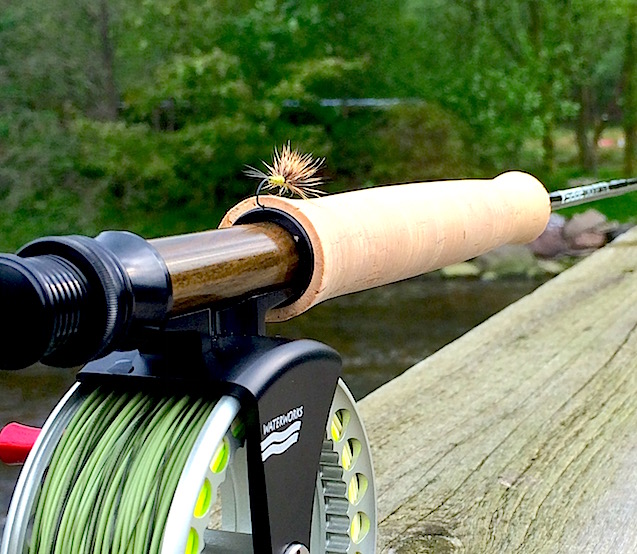 The name of this River? Well, forgive me for not naming it. Its banks are pristine with almost no sign of man’s hand - I would like it to remain that way.  That and the fact that for the first time this year I met my first other fisherman on its banks in a few years. I think it left us both a little disappointed…