Alex Mason missed the chance to fish in Tasmania but headed to Victoria and the trout of the Ovens River system.

Springtime in Australia is a great time to go fishing, but maybe not after the coldest winter for 25 years in the southern states. A quick 24 hour flight from Blighty and we touched down in Melbourne and within a day were on another flight to Tasmania as part of an important family birthday. With five days across the island I was sure I would get some fishing in so went well prepared, and in total managed a big fat zero minutes fishing. Not a great start to the fishing holiday or article I had hoped for, but thankfully it got better.

Back on the mainland I quickly arranged a few days in Bright which is a lovely small country town three hour's drive from Melbourne in the foothills of the ski fields and blessed with miles of rivers and creeks, all of it free except for the fishing license.

Our stay was in a much-loved cottage on the banks on the Ovens River called Mrs Simpson, which sits in an acre of the beautiful Norala Gardens, thoughtfully full of flowering Camellias and Rhodos during our visit. The cottage is owned by a fellow fly fisherman, and even includes a small fly-tying desk just in case. 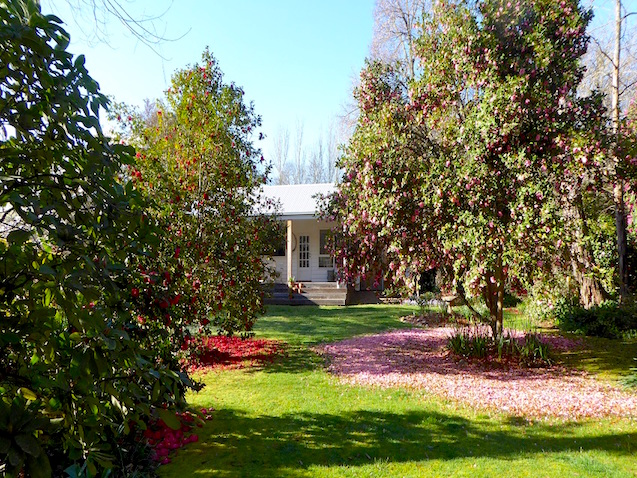 Arriving at lunchtime I set off to the nearby tongue-twistingly named township of Wandiligong and the scenic Morses Creek, which holds some good browns and rainbows and, although very low for the time of year, it did not disappoint. No special Australian tailored rig is required here, your everyday tungsten PTNs and GRHEs do the business. A duo setup accounted for a feisty little rainbow third cast and then a cracking lean 16” brown in the head of a pool. 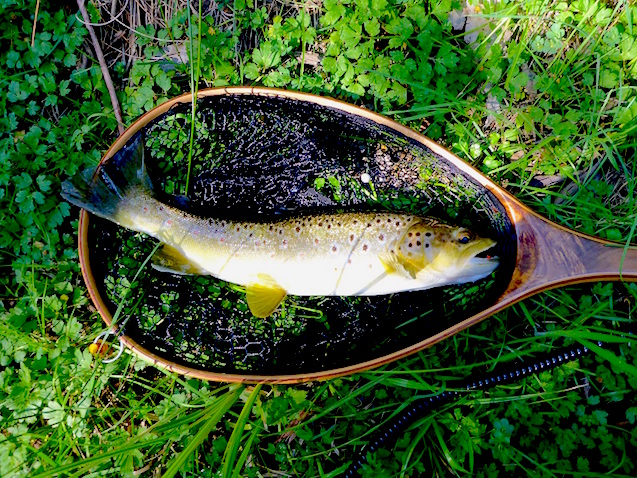 The next day was a planned full day on the main Ovens River, which although not affected by snow melt yet due to the cold winter, was full and fast and pretty lethal at times. This was “Gold” country in years gone by, and people still pan now, albeit with little reward. Thankfully fishing is now the main pursuit and having fallen foul to some slippery boulders early on, the river soon mellowed as I neared Harrietville. The fishing also improved with a small but perfectly formed rainbow. 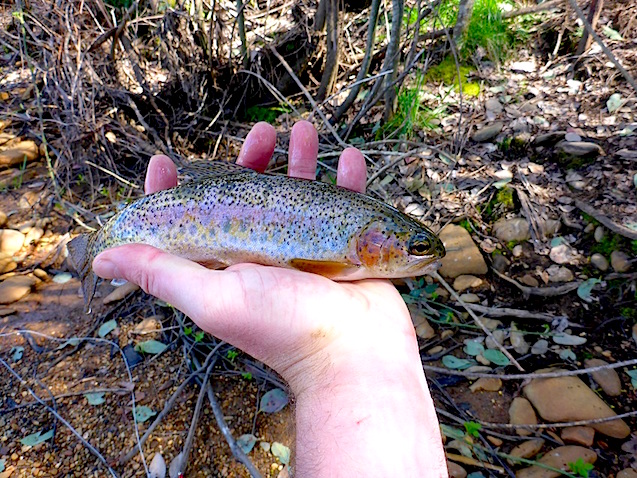 The scenery here is stunning, and considering it was the second week of spring I was blessed with a blue sky day and temperatures nudging 20c - a UV Buff certainly comes in handy for the fairer skinned of us to protect from the already fierce sun. 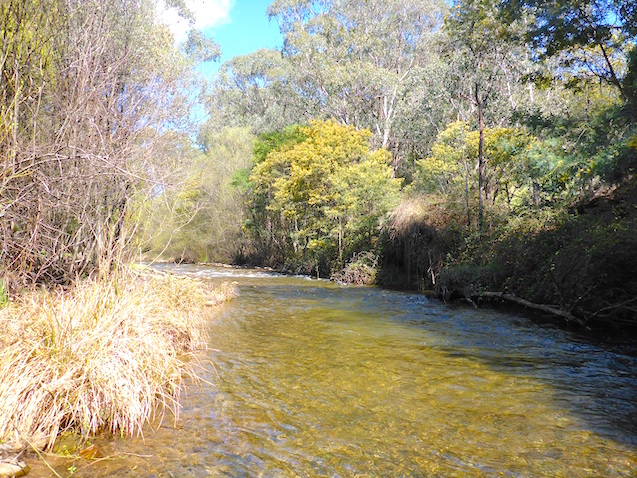 The day continued to deliver with a good number of small rainbows and another beautiful brownie. 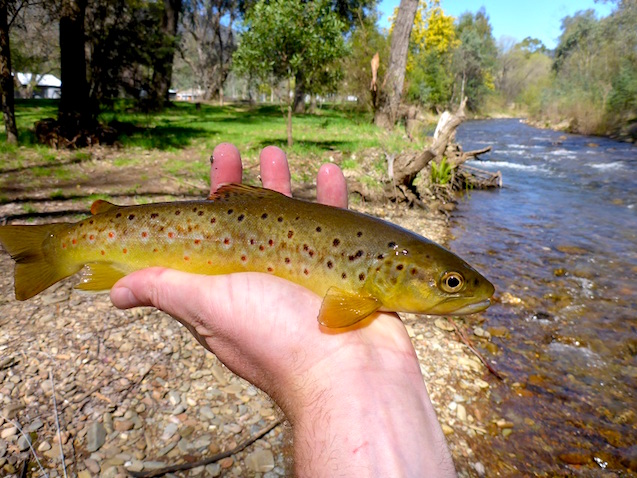 Having finished a little earlier than expected I managed to sneak another hour on Morses Creek, this time in Bright as it joins the Ovens River, and was rewarded with seven more trout, a mixture of rainbow and brown and all fighting fit.

Although Tasmania is famed for its trout fishing, and rightly so, visitors to Victoria should not be fooled into thinking there is little trout fishing here. From the tiny creeks in the Otways, west of Melbourne, to the lakes an hour north of the city, the fishing gives you variety and quality that rivals almost anywhere. For me though the creeks and streams of North East Victoria are perfect for a day or two in the sun. I could have spent another week or more there, and experienced not even a quarter of the fishing on offer. That will have to wait till next time.