We like different at ESF and Rob Edmunds captures this when he takes a look at summer and the techniques needed for catching both pike and zander from reservoirs.

Summer can be a difficult time for reservoir anglers; the hot humid weather means that trout are often not feeding during the hottest part of the day, leaving many of us feeling disillusioned, often retreating to the bar for welcome refreshment. Over the last 10 years I have resisted this temptation and have turned my attention to fish that I could catch. Having grown up with a rod in my hand, fishing rivers and lakes for every species of fish on a variety of methods, I consider myself an angler who fishes with flies rather than a traditional fly fisherman, this approach has allowed me to catch fish that coarse fishermen can only dream about.

Our reservoirs are home to a large variety of fish; many of these have grown to record proportions, yet are still relatively untapped. My personal bests with regard to “other species” of fish include pike to 38lb, zander to 17lb and perch to 4lb all taken on the fly. The current best zander to be caught from Grafham on the fly was taken by Rick Varley in 2007 and weighed an impressive 18lb. However there are strong rumours that a fish of 23lb was caught and recently released by a pike angler (fishing with pike lures) who didn’t want the true potential of the water to be known. If true this fish would have been a new British record! 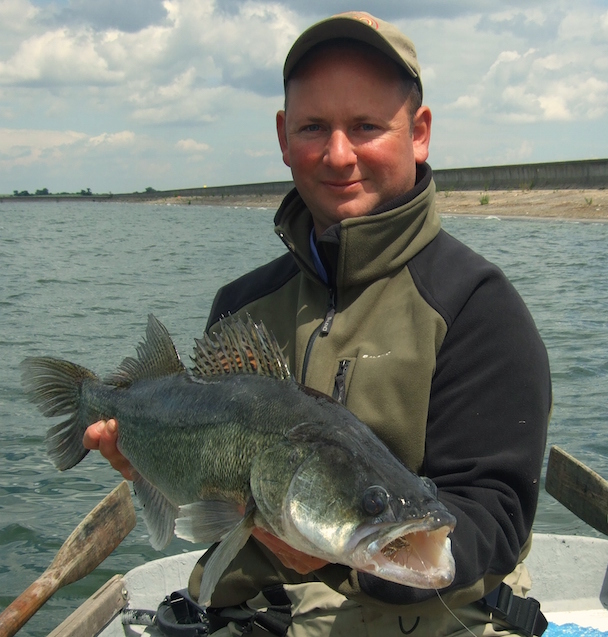 Many anglers may regard my tactics and methods as the farthest point we can reach from fly fishing, with no skill involved, and with flies that are little more than spinners. But please consider that you are actually imitating a natural food source - the fry, and you must present it at the correct depth and at the correct speed if you are to be successful.

Line density: dependent upon depth of fish usually an intermediate or fast sinking line: my preference the Sixth Sense range from Airflo

Experience has taught me that the pin fry usually hatch in the second or third week of June at Grafham dependant upon water temperature. They congregate around features in the reservoir for protection yet are still at the mercy of the underwater predators. I believe that the middle of June to the end of August offer the angler the best chance of a specimen predator on the fly.

As in all styles of fishing depth is one of the key factors. How deep are the fish? This will obviously determine the density of fly line you use. During the hot bright summer months I have found that most of the larger fish will lie deep in the water around the towers (30ft deep), with the majority of takes coming literally on the bottom to 10ft off. It is for this reason that when fishing Grafham I tend to only use a fast sinking line with the Airflo Di-8 my personal preference simply because it sinks at 8” per second, it allows you to get your fly down to the fish and keep it there. 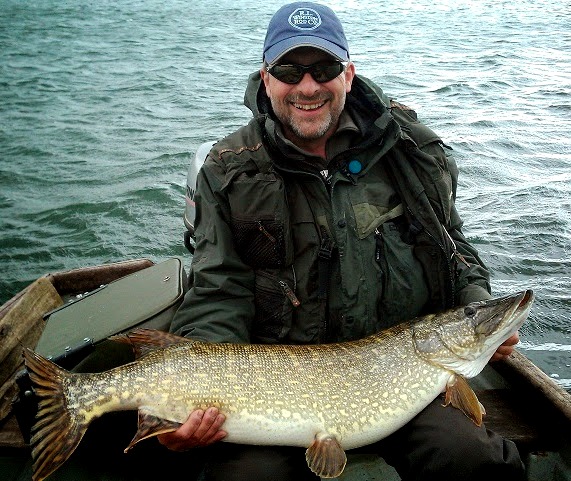 I believe that all predatory fish respond to movement, smell or vibration or a combination of the three. Reservoir rules dictate that we are unable to use scented baits or lures; however you can use flies that have both movement and vibration. By using a waggie or a large booby you are effectively fishing a pattern that has vibration (from the tail or eyes) and movement (from the tail) it also has the added advantage of sparkling and shimmering like a bait fish (just as a spinner does). When fishing very deep, visibility is often limited. These patterns have the correct profile and movement to simulate a fish at depth. They also cause a massive disturbance (vibration) under water just like an injured fish, and as they can be made buoyant they allow the fly to be presented just off the bottom, clear of any underwater obstructions such as pipe-work.

I originally tied two patterns: the first a juvenile bream (silver and white) with a waggie tail, and the second a large 6” silver and white minkie booby. The best commercially available pattern in my opinion is sold by Fulling Mill and is called “Dougie's Silver Sparkler”.

The leader should be a minimum 14lb once hooked you don’t want to get snapped by that fish of a lifetime, whatever it may be, especially as many of the fish hooked will be near underwater obstructions, you need to get them into open water as quickly as possible, which is not always easy.

You should look to fish areas that hold vast numbers of coarse fry, for example the Towers at Grafham. Think where the features are on the reservoir: pipe work, drop offs, deep holes, weed beds, marker buoys at the Sailing Club and streams entering the reservoir; they will all attract big predatory fish. 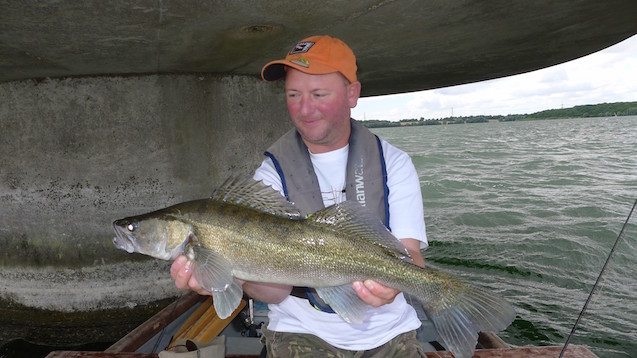 The best methods are to either anchor by the feature (such as the Tower - I then plumb the depth with a tape measure) and make a long cast literally right next to it (you must also pay out backing up to 25ft so the cast you made sinks level in the water and does not simply hinge, meaning that your fly is simply retrieved straight up). I can then accurately count down my line and fly so I know it is fishing just off bottom.

The other method is to drift by the feature, either with the oars strapped down or broadside and troll the line and fly behind – ideal if you do not know the water and you want to cover as large an area as possible.

The retrieve is usually a very slow roly-poly which makes the fly kick enticingly underwater, with the occasional bursts slightly faster in order to induce any following fish into the take. When you get a take simply roly-poly faster until everything goes solid and you feel the fish start to bump.

We chose a windy day on Grafham to fish; this meant that conditions were far from ideal. We began with drifts by the tower on the dam paying out 30 yards of backing behind the boat so our flies could sink to the correct depth. 10 yards off the tower on the third drift and everything went solid and a stubborn resistance was felt. By the way the fish was fighting I knew that it wasn’t a trout, there where no sudden runs of a rainbow and no head shaking of a brown, just continued determined resistance and an unwillingness to come up into the water. I knew it was a sizable zander. With the conditions so awkward I was nearly blown onto the dam and had to start the engine whilst playing the fish and move out into open water. When playing a zander once you have the fish in the open water it’s just simply a case of maintaining the pressure and keeping a tight line, the fish will eventually come to the surface, beaten. On this occasion it was a beautiful fish of around 7lb that proved quite challenging on fly tackle and extreme weather conditions. 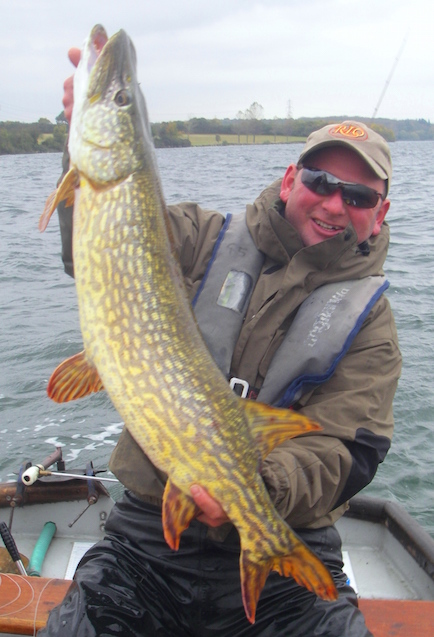 Despite repeated drifts no further fish were caught, probably because the wind had picked up to 18 -20mph meaning that we couldn’t get our flies deep enough, and the water had started to become coloured.

Two days earlier in favourable conditions I had caught three zander, including two double figure fish, the best weighing in at 14lb 9oz, again they all fell to the charms of the silver and white minkie booby.  When the trout fishing is slow and you are getting bored why not try something a little different for a couple of hours? You might be pleasantly surprised with the outcome. By not knowing exactly what you are going to catch next it brings an element of excitement back into your fishing and who knows, you could be lucky enough to catch a potential record on the fly!

I believe that fishing for predators on the fly is not only the most exciting way of catching them but it is also the most effective, simply because the fly line allows the angler to present his fly/lure at the correct depth for longer, and also because we are able to impart so much movement in our fly at such slow speeds that you simply cannot achieve with a spinner or plug.