Losing yourself in the endless detail of fly fishing is a wonderful diversion and could account for several life-times of exploration. Rather brilliantly, at the end of any such attempt, there will still be far more that you don’t know – compared to what your (multiple) life’s work uncovered. The more you look into fly fishing, the more you find out that there is to know. It just unfolds to infinity…

For instance, discovering new behaviours of the insects that trout feed on might only come after years of observation. Or perhaps attempting to catalogue, let’s say, all of the chironomid imitations in current use (especially those that are closely-guarded secrets!), would be another mammoth task. You could say the same about line and leader and fly and rod and reel setups - or a myriad of other factors. This sort of indulgence is terrific as long as you enjoy it. Sometimes, though, it is nice to feel comfortable in what we do know – rather than a gnawing sense of ignorance. But before we get carried away by trying to guess “which details are important and right”, let’s talk about geometry…

Starting with coastlines – and what happens when you try to measure the length of one.  Working from an accurate scale map; you will come up with a pretty sensible answer. If you measured the same coastline by actually physically placing markers at, say, 30-m intervals and adding up the total distance between all of them, you will get a much longer measurement than your mapped result. Because of the slightly more accurate and more wandering path that you would take between each point – additional detail is revealed. If you had the patience and required life-span, measuring the coastline by painstakingly using a 30-cm ruler to measure each interval; you would get a massively bigger result again. When it comes to adding up the lengths of all the sand grains, pebbles and the sides of individual rocks tracing the edge of that same coastline; you’d have an unimaginably large number.

When complexity goes up the more closely you examine something – you have got something that maths gurus call a “fractal object”. Another, rather beautiful, fractal characteristic is “self-similarity” across different scales.  This is where the shape of the largest parts of an object matches the shape of the smaller building-blocks. For instance, branched veins in a leaf mirror the branched twigs on a bough which, in turn, mirror the structure of the whole tree. In fact, it was by noticing these patterns that mathematician Benoit Mandelbrot was inspired to create what he called “fractal” geometry in the 1970s. If you’ve been in a student’s bedroom from the 1980s onwards, the chances are you will have seen posters of the visual version of the “Mandelbrot set”. 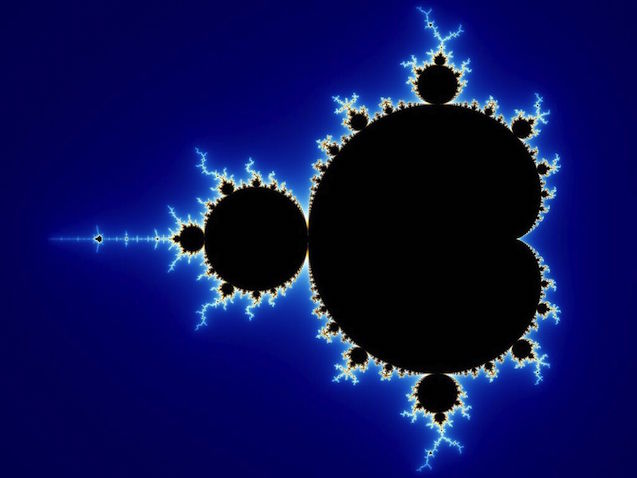 The picture is produced by plotting the outputs from repeatedly running Mandelbrot’s equation. The rather beautiful pattern is a fabulous example of structural complexity that arises from simple rules – as well as beautiful self-similarity across different scales. Each of the tiny elements on the surface of the larger shapes is an exact replica of the larger elements – and this detail would continue to increase infinitely if you continued to look at finer and finer scales.

Rivers also have fractal qualities – and I am particularly interested in their self-similarity at different scales. For me this is a particularly seductive idea; knowing (as we do) that looking too closely at fly fishing we can yield overwhelming detail. To know that there are basic, repeating, overall patterns to how all rivers work is a magic short-cut to understanding how any piece of running water should be fished. 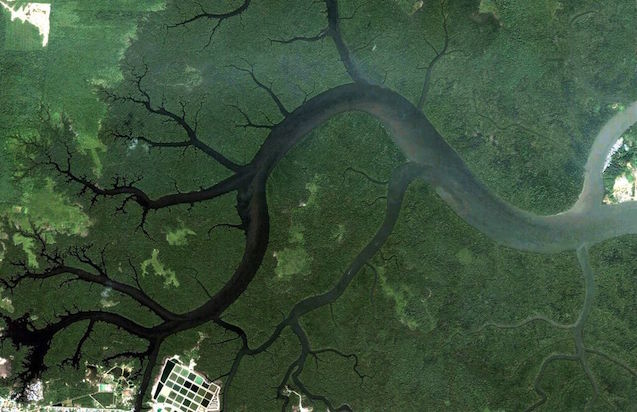 I like to think that, right from our first encounters with moving water, we are absorbing these lessons without realising it. If we are lucky enough to grow into anglers, our lifetime lessons may serve us on any number of far-flung, angling adventures.  Whether it is our earliest explorations of tiny brooks with a jam-jar or the feeling of sand eroding out from under the edges of our bare feet with a retreating seaside wave – there are clues as to how rivers work.

Even staring at a rainy car-window, we notice that water wiggles (or meanders!) as it runs downhill. The self-repeating patterns that we need to understand rivers are all around us. Once a handful of these patterns become clear, it is so much easier to guess what needs to be done in order to catch fish with an artificial fly. As long as the understanding comes first, the actual physical techniques will suggest themselves. Of course, it might take a fair bit of practice to bring the co-ordination and skill levels up to meet the challenge; but at least you know what you are trying to do! That actually tends to make the practice of the physical skills much more rewarding – rather than a dutiful penance!

What, then, are the fundamental building blocks of successful fly fishing? You could say that fly fishing comes down into two things; not triggering off the “flight” response of your quarry whilst successfully triggering off its “feeding” response.  Described in its simplest sequence, the process would be to work out where fish are feeding, get close enough to make a cast without spooking them; put the fly into the eye-line of a fish in such a way that is resembles food and (finally) detect when your fly is taken.

Of course, such a clinical description says nothing of the delights and maddening frustrations involved. It does, at least, point us toward a need to know how and, most importantly, where to present our fly. Here is where serving a thorough apprenticeship on tiny streams and learning how to catch the little fish in them comes in handy…

With only fairly minor adjustment, those childhood skills can be taken into any size or scale of river. The reverse is not necessarily the case. This is because you need to concentrate much more on not spooking fish when the human frame becomes such a gargantuan feature in a miniature river corridor! Larger, and/or more boisterous rivers can be much more forgiving on this front due to the human-scale becoming more insignificant as the river’s scale increases.  In other words, the angler becomes background noise (rather than central feature) as the river gets bigger. 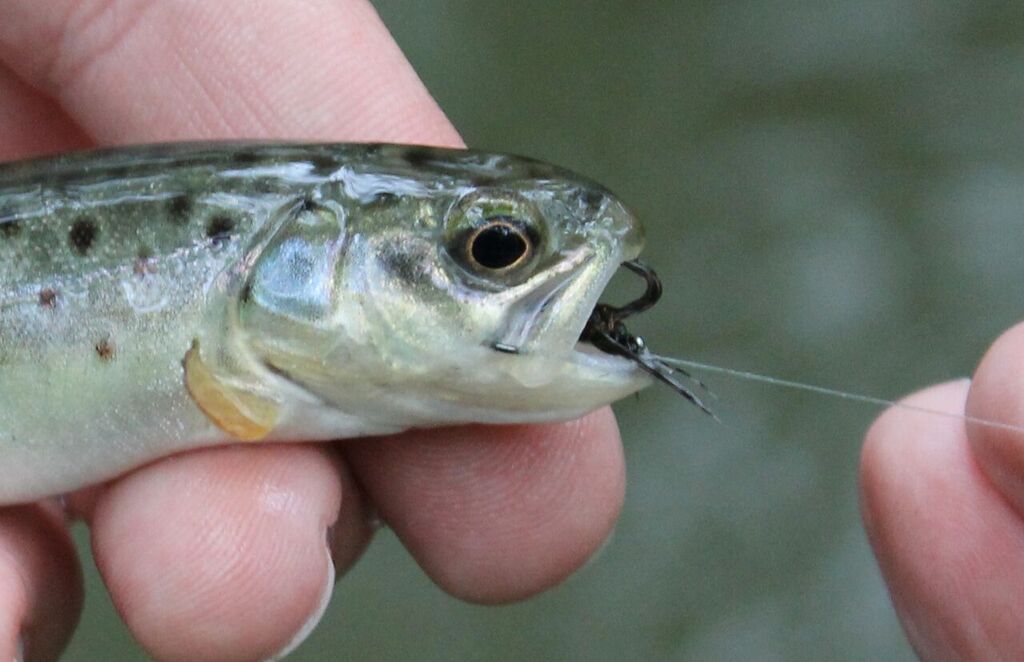 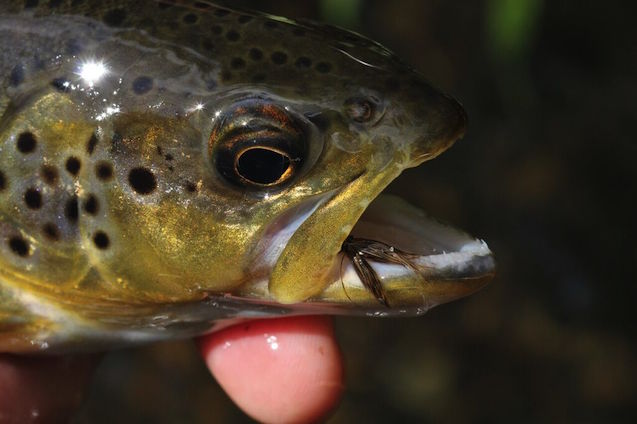 Same fly; different fish. Their holding stations had the same basic features in each case - but the larger fish was sitting in the slightly scaled-up version of the little fish’s home. The same angling skill-set was required to get each fish to take the fly

If we take care to move quietly, stay off the skyline and make sure to put any turbulent curtains of water that we find between ourselves and where we are going to cast – our next major task is fish-location. This is one of the really great transferable factors across different scales of river.  The station in a tiny brook that the fattest parr will be holding and feeding in will have almost exactly the same features – in microcosm - as the scaled-up version that is the haunt of huge fish downstream…but what exactly are the features to look for?

At the very broadest and most general level; the edges that mark the transition between fast and slow, shallow and deep, rough physical structure and open water all exert a magnetic attraction for salmonid fish on the feed. These interfaces are key things to look for when searching out a potential hot-spot to present a fly. Similarly, confluences of multiple current tongues running off a riffle and sliding into a deeper run should always raise the pulse of the fly angler. All of these things are true whether the stream has a width of four feet or four hundred feet.

There are three main reasons that the above conditions equal excellent real estate:  1.) They tend to concentrate the supply of food 2.) They afford a degree of protection from predators 3.) They minimise the amount of energy required to hold station whilst still giving access to factors 1 and 2.  Once again, if you can become an expert at picking up on these signs and reading the water (especially where the stream characteristics prevent the spotting of fish) in a tiny stream; you can directly translate that to any other scaled-up version of those features. The (fractal) self-similarity means that we can learn the broad patterns and not get bogged down in the excessive details. So a handy check-list of slightly more specific details keep an eye out for might be:

Granted, these are just the very basic features and there is always lots of room for fine tuning – either to particular species or even particular quirks of individual populations within the same species. Don’t forget, though, that this is like just adding a couple of new words to your existing vocabulary – providing you have already grasped the overall “grammar” of flowing water. For these reasons, it is always far more productive to learn underlying principles that explain lots of situations - rather than always having to learn a new series of dry facts for each new scenario. Some of the most rewarding river fly fishing that you could ever do is perfectly possible to experience on the tiniest streams. Thanks to numerous fishing passport-type schemes that now exist, there is a wealth of venues for everyone to go out and hone their “fractal” river fly fishing skills. 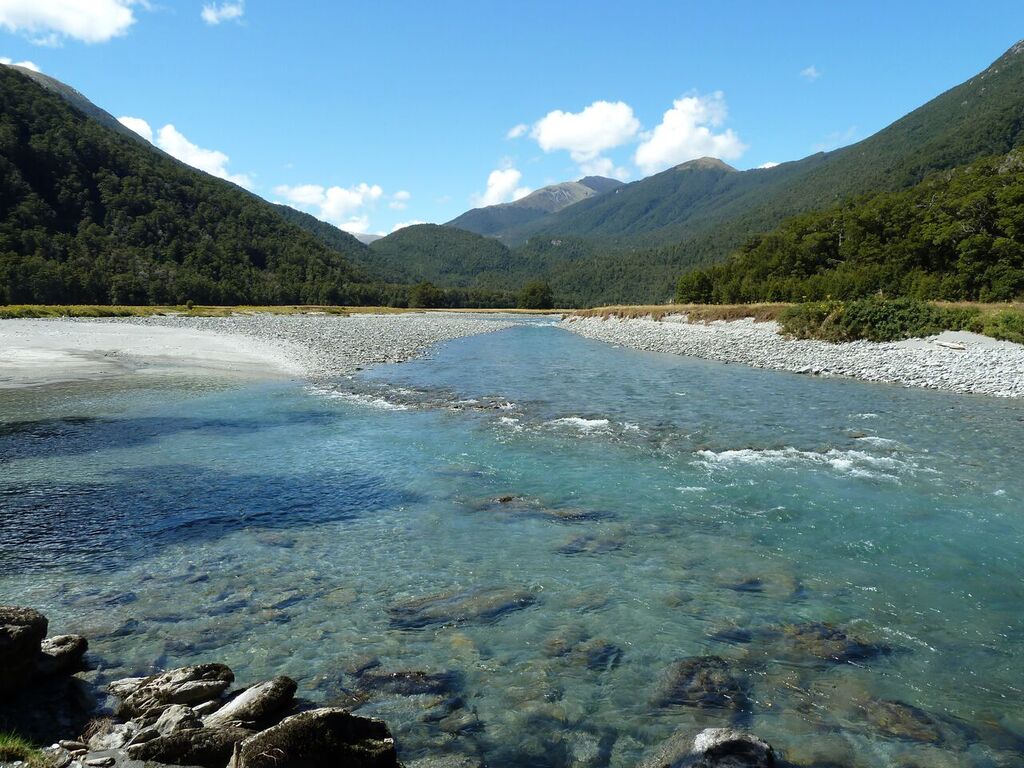 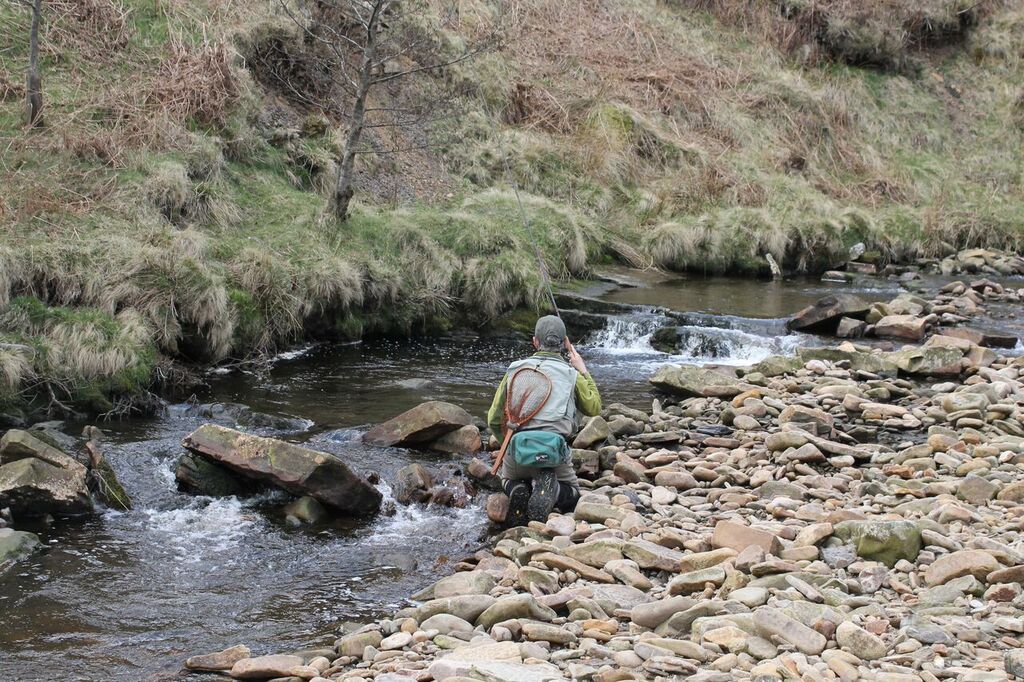 About the author: Paul admits to being obsessed with finding the simplest rules that explain the biggest amount of things in fishing. As well as creating a free online tuition course to teach you the building blocks of all the world’s best river fly fishing methods (Click here to sign up) – Paul will explore the sets of principles that are important to fish (rather than what most anglers are taught) in books like “A Fly Fisher’s Natural History” and “Discovering Kebari: Choosing & Using Flies That Catch Fish” (which also features John Pearson’s fantastic photography and tying guidance).

How to Get Email Tutorials from Discover Tenkara on Vimeo.