I thought Toby was about to go head first into the river. He somehow managed to gain some traction, fell onto his back and then slid down the bank and landed on his feet.

He looked at me and shot me a smile as if he had somehow planned the whole thing. 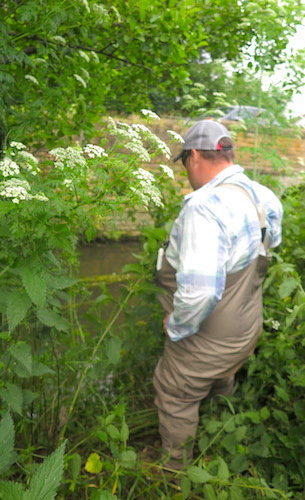 We’d been on the road fishing farther up the country but wanted to eek just an hour's more fishing out of the trip and so before making the last leg home we decided to fish a river we’d scouted out during the winter.

It is funny how different things look in the dark grey of a Winter's afternoon compared to a bright and humid day of summer. The biggest difference though was the vegetation. We could easily see the river from the road in January but in June we had to cut a path to find an access point. This is where Toby came so close to making a spectacular entrance into the stream. 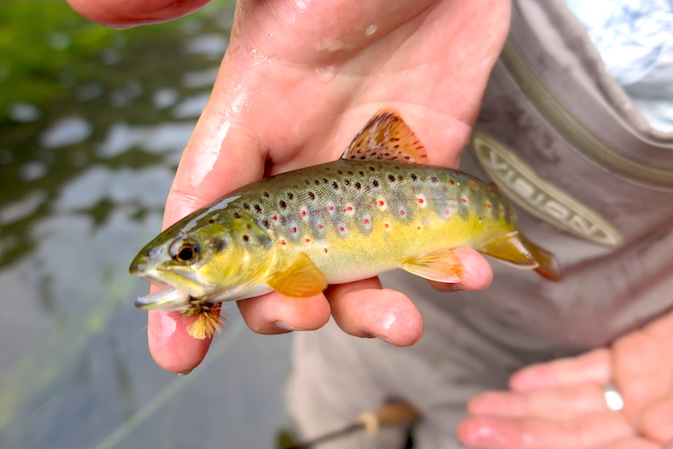 My entrance was slightly more elegant and once we’d tied on a fly Toby made the first cast. The stream we were fishing is a small one. The canopy is low despite some gentle winter pruning, we both knew flies would be lost. It wasn’t a stream where either long casts or long drifts would work as some runs were almost choked by Ranunculus leaving only narrow gutters where nothing other than pinpoint accuracy would mean a fly would be hung up in the weeds. 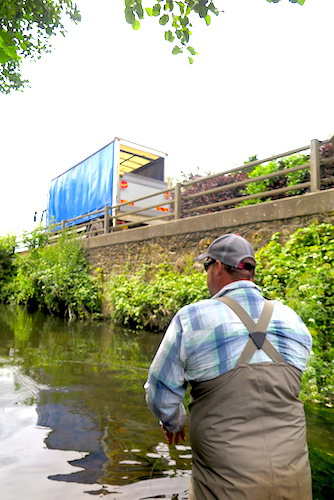 Every now and again there would be a slightly deeper, clearer pool that stacked the odds just a little more in our favour.

I tied on a caddis, we’d seen plenty the night before and hoped the fish on this stream had been dining in a similar fashion too. They were.

Toby’s first cast landed on the edge of the head of the first pool and a fish broke the surface and ate the fly. 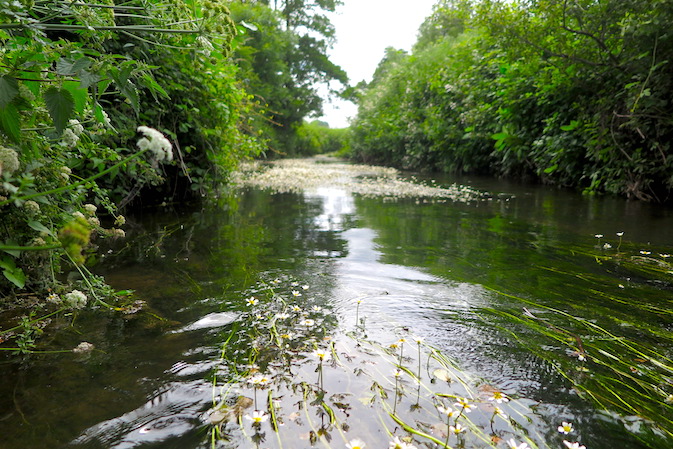 It was the sort of stream where you had to play through the actual cast and also the strike as there were times that a rod tip could easily be broken with a sharp, fast upward strike.

This is the sort of stream I love to fish. I often hear the term “technical fishing” but to me it was just good fun. I really enjoy using stealth, water craft and accuracy where, if just the slightest of these is misjudged,you’ll see the trout scurrying for cover and a chance has been lost.

Toby and I take it in turns and share my rod. If the fish are coming thick and fast we hand the rod over after a fish has been caught or if not se swap over when it feels like we have had a good enough go.

We see a fish rise in a perfect spot where two small runs meet and form a junction. Looking closely, we can now see it and I make a cast. If anything, the cast is a little short but the trout heads to its left and slowly takes the fly. I set the hook and knew it would head for the weed to its right. I apply as much side strain as I can but it isn’t as much as I would like or I would risk getting my rod and line caught in the heavily overgrown bank. 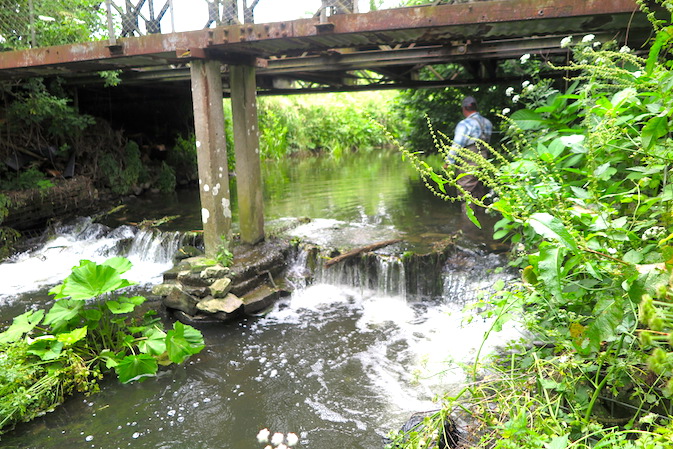 It is moments like these I am preparing myself for the loss of the fish in the weed but I apply just enough side strain to keep the fish out and slide it over the net.

Toby catches another fish and I briefly hook one only for it to come off again.

The last pool seems the nicest, yet we end it fishless. We discuss why it was but don't come to any concrete conclusions. We don’t really know the stream well enough yet but I am sure there will be other times we fish it to make our road trips last just a little bit longer.