I’ve been promising to write something for ESF for an age, so with a trip planned to the Monnow I had the idea of an article on ‘The Perfect Day’. The drive home after fishing got me thinking; I’d definitely had a great day, but perfect?….  I’m still not sure what that is or if it’s possible, so I’ll leave ‘The Perfect Day’ for a possible future article.

So back to the Monnow, I became interested in visiting after reading reports on the UK Fly Forum and the Monnow Rivers Association, so in 2015 I got my wallet out and successfully bid on the Monnow Auction. I took the day on a private stretch of the Monnow late June 2015 and arranged to visit again in August all courtesy of Chris the owner.

So, early June 2016 had seen me contact Chris again and arrange another visit. The usual week long build up when travelling to a river out of my local patch in Devon ensued - hourly weather forecast checks, tying flies, cleaning fly line and generally alternating between excitement and impatience.

Thursday morning arrived and I set of to Herefordshire for a day with family before fishing the Monnow on Friday. A nice meal, an evening chatting and the obligatory sleepless night in anticipation - it’s been said before, but the night before a special day's fishing is without a doubt the closest I can ever get to Christmas Eve as a nipper.

At last the morning arrived, the lack of sleep and a fuzzy head resulted in a slight time keeping error….  I was sat outside the house drinking a strong coffee and smoking a fag when I noticed it was actually only 5am, perhaps a tad early as I wasn’t due to meet Chris at the beat until 10.15 am. It was going to be a long old day before I got back home to Devon!

Upon arrival Chris updated  me on the river, lots of mays and other flies about the last couple of weeks, but the fish not always feeding on the surface and some decent 17-19” fish showing.

Time to get fishing. The river looked in great condition, it was sunny with some cloud, light wind and 17-20C through the day. 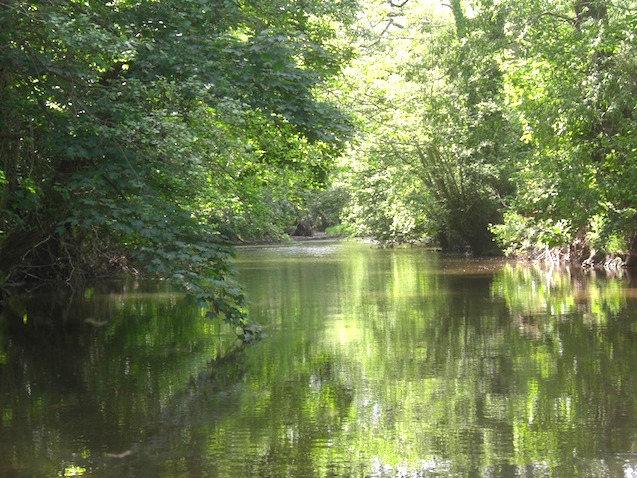 One of the things I like about the beat is how different it is to fish compared to my usual rivers; lots of long slow glides with overhanging trees,  so two choices - get close (very tricky without spooking) or long side arm casts. The next eight or nine hours provided a fantastic day’s fishing - rewarding, frustrating, great casts, average casts but the overriding memory was it was different to how I’d imagined it, it nearly always is!

I started with a mega may as described in a previous ESF edition (http://eat-sleep-fish.co.uk/content/2016/04/mega-may) but with a nymph skin body. 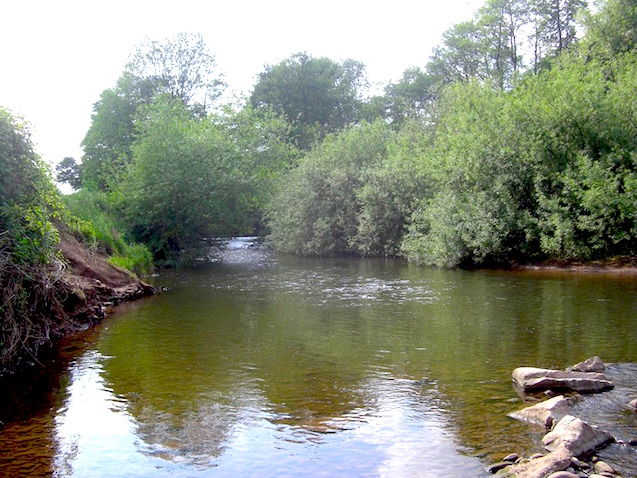 First pool, two fish rising - the first I lifted into the take too early and missed it, the second came off after about 10 seconds….. mmm.

That sort of set the pattern for the day,  lots of fish bumped, a good number picked up and a lot of time working out which fly they were feeding on. Chris’advice proved useful, a big may pattern run blind through the faster water proved profitable with six or seven fish picked up; but the beauty of spending all day on a river is it gives you time to slow right down and find the rising fish, this proved to be the most productive method over the course of the day, with 10-12  from the slower runs/riffles and pools. 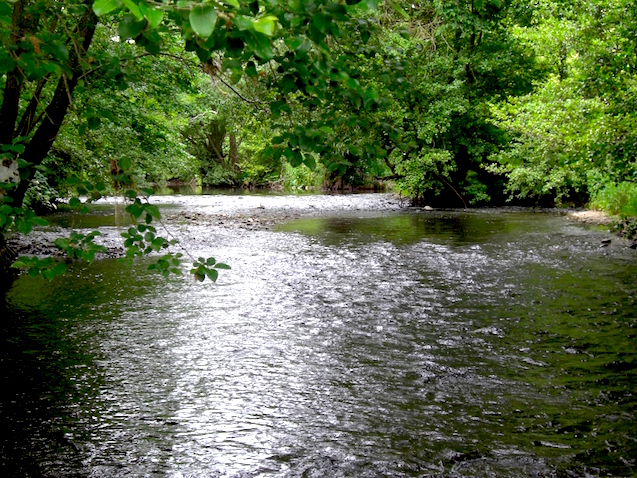 The tricky choice of fly surprised me, with mays and olives hatching all day. I’d have thought a mayfly or olive type would have done it, but, no! At times I found myself having to wring the changes; one particular fish stands out, having tried the usual suspects I paid a bit more attention and was certain he was feeding on small midges, but that still didn’t work, so as a last resort I tied on a sedge pattern and wallop, first cast up he came… mayfly, olives and midges everywhere, but he fancied a sedge.

The fly life peaked and troughed through the day, to the extent that by early evening there were spinners floating through the glides, but surprisingly no fish sipping them… 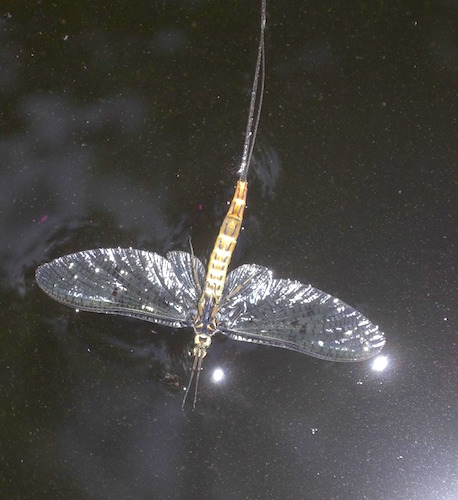 I failed to photograph any fish from the day, I caught some beauties up to about 13” but was confident from previous visits I’d pick up something bigger and photo those. I never did! There was the obligatory large one that got away, in fact there were at least three, the largest of which took an extended body mayfly first cast.  Now, trout may only have a brain the size of a pea but he outfoxed and muscled me in about 10 seconds, he charged towards me and then we had a slight disagreement - he fancied veering off and visiting the willow roots and I felt he’d enjoy the open pool area more… I applied the brakes and side strain… the hook pulled… Agh!

But as everyone likes a nice wild brown trout here’s one from my second trip last year, the Monnow has some of the most beautifully marked trout I’ve seen- 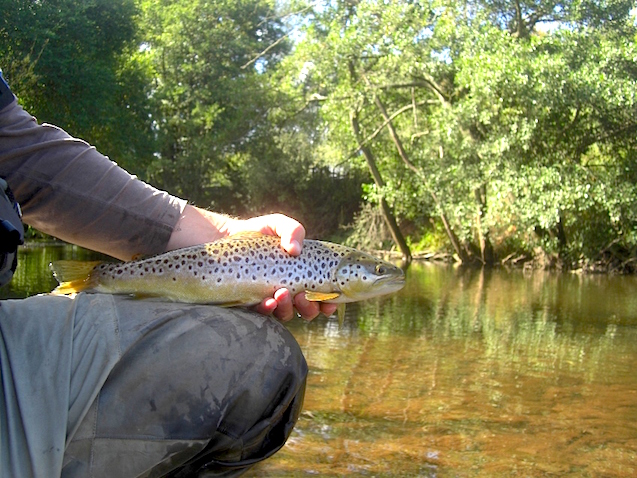 So, last thoughts: the Monnow’s a stunning river, great fly life, loads of habitat and full of wild brown trout (plus grayling) that have a very healthy average size.  t’s in a perfect location to tie in with a visit to my family; I’ll definitely be back later in the season. Keep an eye out for the auction in March next year and do yourself a favour, you won’t regret it.

Oh,  I still don’t like being outfoxed by a fish with a brain the size of a pea!