Bockhampton sounds like a place from an Agatha Christie murder mystery. A stop on the 4:15 from Paddington, a sleepy country village where old ladies peek from behind net curtains, somewhere a mystery woman is found dead on the library floor.

Two actual Bockhamptons feature in my life. As I sit writing this I look out of the window towards one of these. Last year I moved to Lambourn and the first Bockhampton is an abandoned village that was enclosed in the late 18th Century.  Situated on the River Lambourn south-east and downstream of Lambourn, it was also known as Lower Lambourn. Bockhampton was mentioned in the Domesday Book of 1086 as "Bochentone". Bockhampton Manor House was built in the 16th Century by Thomas Blagrave, and subsequently rebuilt in the 17th and 18th centuries, and absorbed the three old manors of East Bockhampton, West Bockhampton and Hoppeshortland.  The village was uprooted and the land enclosed in 1776 thanks to the 1773 Inclosure Act, as sheep farming proved more profitable than tillage. 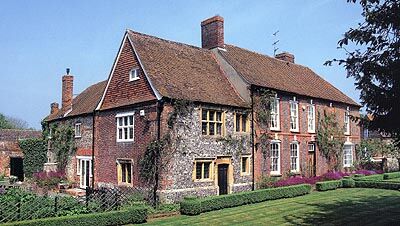 From time to time I feel the need to go and fish the Dorset Frome. Leaving home I pass the sign to the first Bockhampton. My route takes me past Hungerford, Salisbury, and Blandford Forum before approaching Dorchester on the A35.  But just before Dorchester I peel off to the left and the road rapidly turns from dual carriageway to single track lane. Catches me out every time. Cuckoo Lane rises before dropping down into Lower Bockhampton. This small village was where Thomas Hardy, author and poet, went to school. The cob and thatch cottage where he was born in 1840 sits above the village by Thorncombe Woods. Hardy’s heart is buried at St Michael’s church in nearby Stinsford. It is at Lower Bockhampton that I get my first glimpse of the Frome as it slips under the narrow stone bridge at the far end of the village. 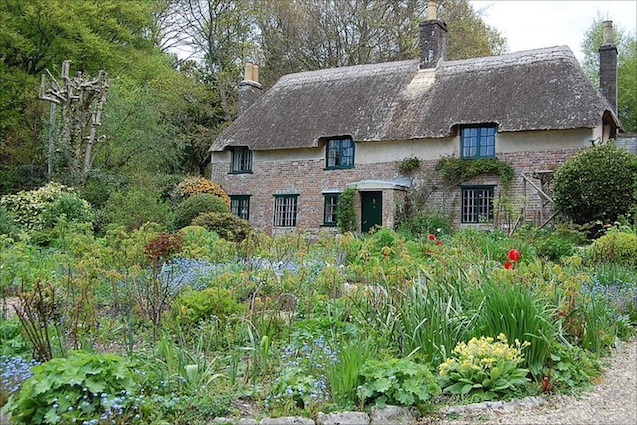 A few minutes later I’m pulling up outside the Dairy House in West Stafford, home of the venerable John Aplin. John owns Casterbridge Fisheries specialising in all aspects of water, fishing and fishery management. He sells day tickets for some exclusive beats on the Dorset chalkstreams and offers accommodation in the annex at The Dairy House. 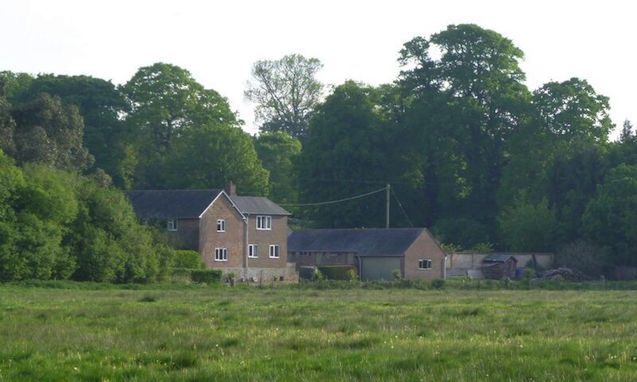 John is river keeper for the Dorchester Fishing Club and also organises The Dorset Chalkstreams Club and The Little Syndicate, which has fishing on some of the Frome tributaries and carriers. So The Dairy House is always my first port of call on any visit to Dorset. John has the low down on local conditions, where’s fishing well and what to fish. He often provides coffee and sometimes, if my timing is good, a bacon sandwich. This provides an opportunity to chew the fat and catch up. John is a great teller of tales and because he knows everyone he can easily fill an hour or two with news and gossip. 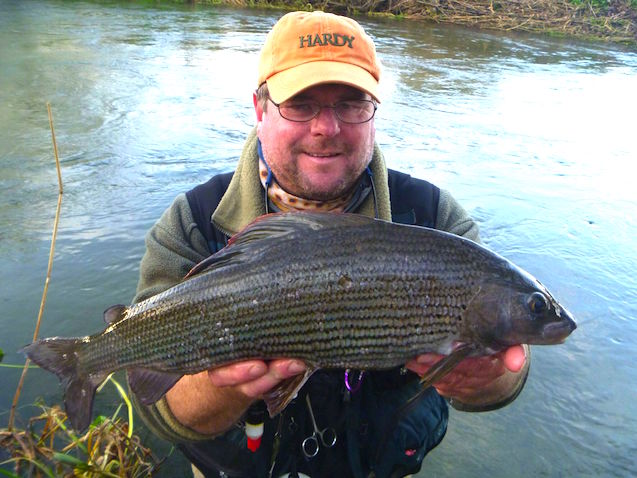 The Frome offers all year round fishing, brown rrout through the spring and summer and grayling summer, autumn and winter. Whilst the brown trout fishing can be spectacular it is the grayling for which the Frome is rightly famous. It produced the current British record grayling for Paul Mildren at just over 4lb 4oz.

This summer the Frome seems to have been on fire for me and my guests. My early visits to the Frome produced plenty of small wild brown trout on dry fly. I opened my account fishing the Little Syndicate beats, particularly The North Stream close by The Dairy House. 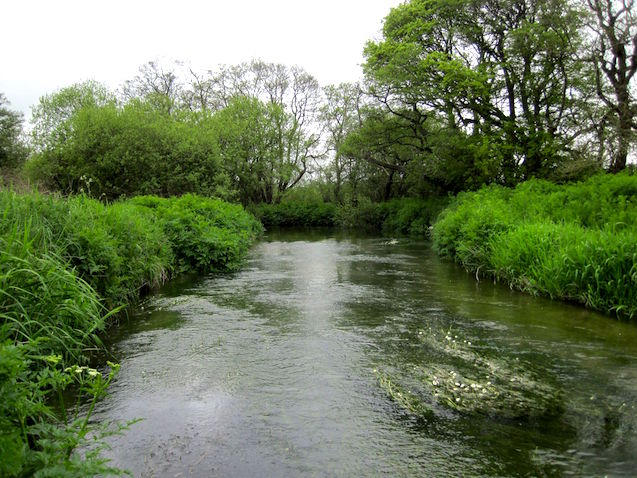 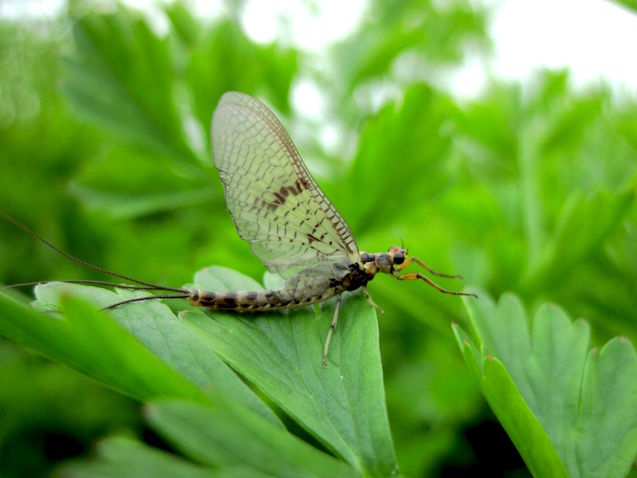 As the ranunculus grew the fishing got tricky but a well-placed cast and a drag free drift would often bring the trout up. 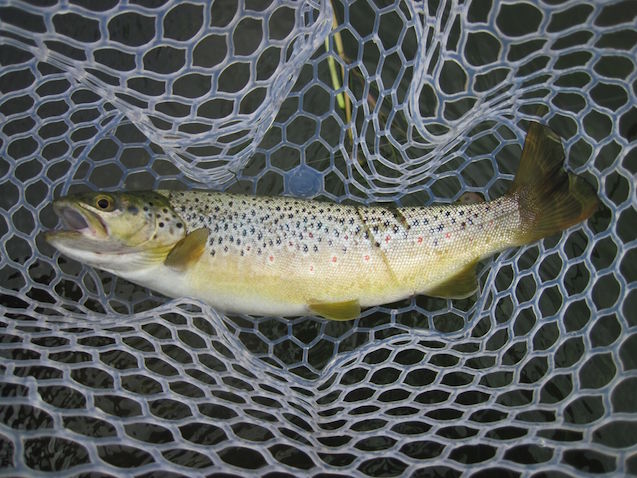 When Peter Dawson won my Monnow Rivers Association auction lot to fish the Lambourn I asked if he also fancied a trip down to Dorset, make a proper weekend of it.  He was up for it. On that day after the obligatory chat with John in the kitchen at The Dairy House we decided to try the Watery Beat on the North Stream, another Little Syndicate Beat. We started with lunch on the bridge overlooking the river. 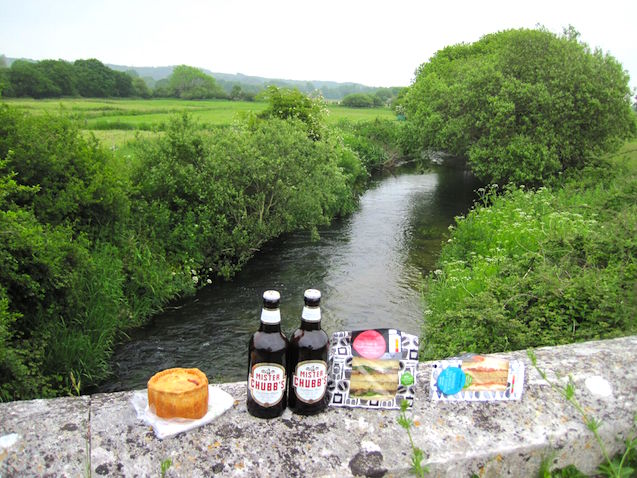 A fine lunch on the bridge

As we ate and chatted I dropped a few crusts into the flow below watching them as they got washed downstream and in under the trees below. There were several large swirls as something big lurking in the deep pool below the bridge took the crusts.  I made a mental note for later.

Fishing above the bridge Peter, fortified by pork pie and real ale, was quickly into trout on the dry fly. 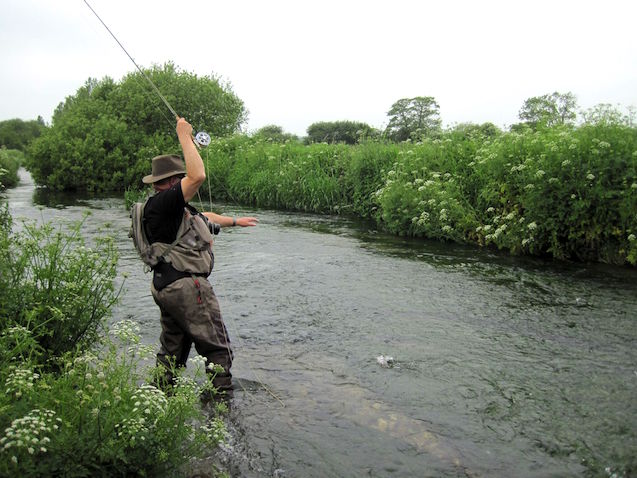 Peter into a Trout

The smile on his face said everything, he was clearly enjoying himself. 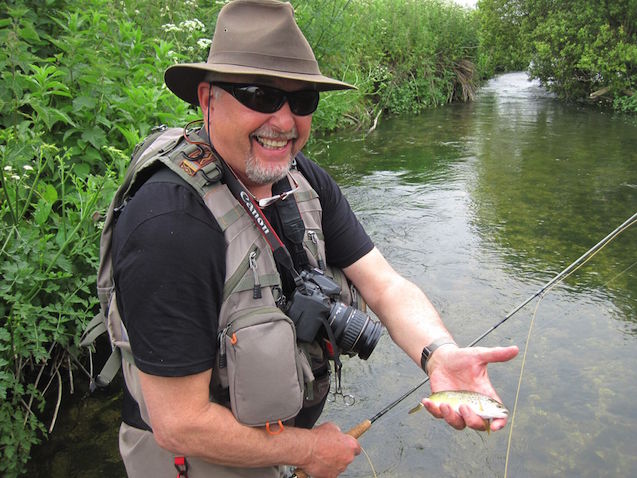 A little way upstream the carrier slows and deepens. So far I hadn’t been fishing but Peter was in a tangle so I waded ahead and had a few casts with a dry fly, reconnoitring the water ahead ready for when Peter was back up and running. I glanced down to my right as something caught my attention. Through three feet of gin clear water I could see a shoal of grayling grubbing around in the gravels. As I watched three large grayling edged out into the sunlight, two of them ghosting away as I watched. I quickly snipped off my dry fly and tied on a small nymph. I flicked it out and watched as it dropped through the current passing close by the large grayling's snout. It didn’t stir. I switched to a larger Hare's Ear pattern with a white bead head. The fish ignored it. Picking over my nymph boxes I spotted a large Peeping Caddis pattern. I tied it on and dropped it three foot upstream of the fish. It bounced along the bottom just ahead of the fish. To my amazement the fish shot forward and grabbed the fly enthusiastically. I lifted the rod and the grayling burrowed deep shaking its head. With my rod held high the fish quickly tired and came up to the surface and into my net. Peter appeared just in time to take a quick photo before I slipped it back in. 19” of prime Frome grayling. And it was the smaller of the three I saw. 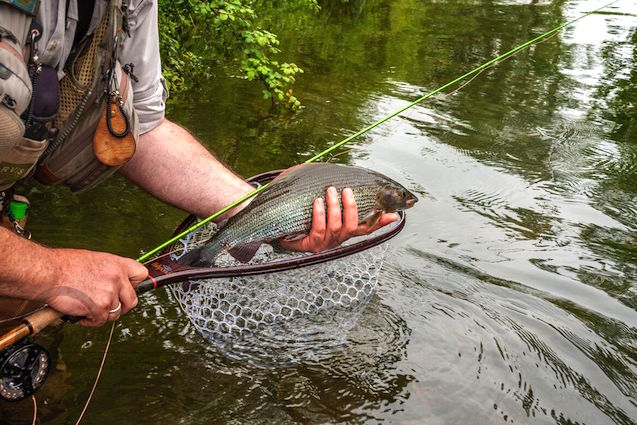 Those fish snaffling up bread crust below the bridge stuck in my mind. A few weeks' later I was back in the kitchen at The Dairy House, this time hosting Vince Brandon.  Vince had very kindly taken me out on the Wellow Brook and I was returning the favour. John very kindly let us fish on the main river but the bright sun, low flows and verdant ranunculus made things difficult. Whilst we saw plenty of fish, including some big grayling, we couldn’t tempt them out. Vince didn’t need to be home too early so I asked if he fancied finishing the day on one of the carriers. We headed over to the Watery Beat. We stood on the bridge looking up and downstream. There was less weed here and a stronger flow so we were optimistic of a fish. I let a few morsels of bread fall in as we stood and chatted and once again fish started to stir.  As well as the fish in under the trees a fish in the main flow below the bridge rose a couple of times.

We made our way downstream and dropped in at the bottom of the beat. Despite almost perfect conditions Vince couldn’t entice a fish with his dry fly and my nymph only produced a small trout parr. As we neared the bridge a few fish rose in the pool under the trees but the flat, still water made presentation difficult and the fish quickly went down. Wading around this deep pool wasn’t easy but Vince led the way confidently.  As he reached the top of the pool he tied on a Balloon Caddis which he cast up in to the fast run below the bridge. Second or third try a trout snaffled the fly.  It was the fish we saw rising to the bread crust in the faster water. 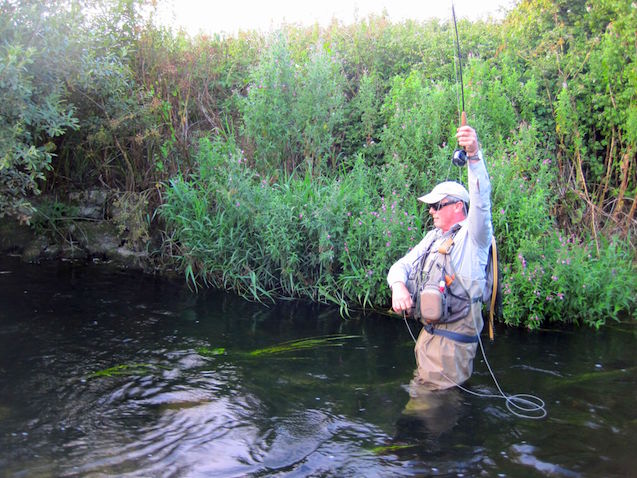 Vince into a fish

As Vince raised his rod tip it was obvious it was a better fish.  As he tried to get it under control it turned and charged downstream for the big deep pool.  Vince got it back on a tight rein and teased it upstream whilst I dropped below the fish.  One swift lunge with my net and the fish was landed. Vince looked pleased as punch. 17” if prime wild Frome brownie. 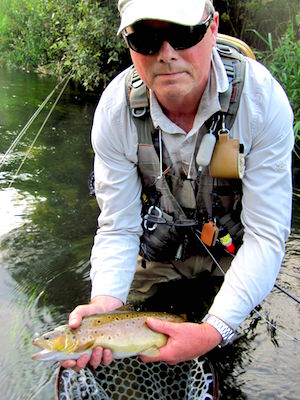 As I arrived home that night driving past the sign I started to plan my next trip from Bockhampton to Bockhampton.