Being a full time fishing guide sounds like a dream job right? Andy Buckley gives an honest account of his first season as a guide.

I'm sure that there are other ways of becoming a fishing guide, and I've no doubt that they would be far more simple. The fact of the matter is I became a "full time guide" in the UK out of a mixture of desire and necessity - I was doing nothing and I had to do something.

Having returned from guiding in the Seychelles a little earlier than expected (try 21 months early) I found myself with some money in the bank and time aplenty, so for a summer I did the only sensible thing - I  fished all the time. I had half an eye on the job market during this time, I even interviewed for a few, but I found that the process was getting in the way of my fishing, which became a real problem.

Eventually, just like a hatch peters out as the day cools, so did my reserve of cash. The idea of earning some money became more appealing on the evenings when I was teasing feathers out of pillows to tie flies with - things were getting desperate and I had to make a change. Almost all of my fishing friends had at some point before then suggested that I should either "write a book" or "start guiding in the UK". I don't know about you but it takes me ages to read a book, and I figured writing one takes at least a few minutes longer, and that just wouldn't do. I contacted a start up loan company, made a business plan, presented it and within a few weeks was the proud owner of a whole heap more debt - and my own business. 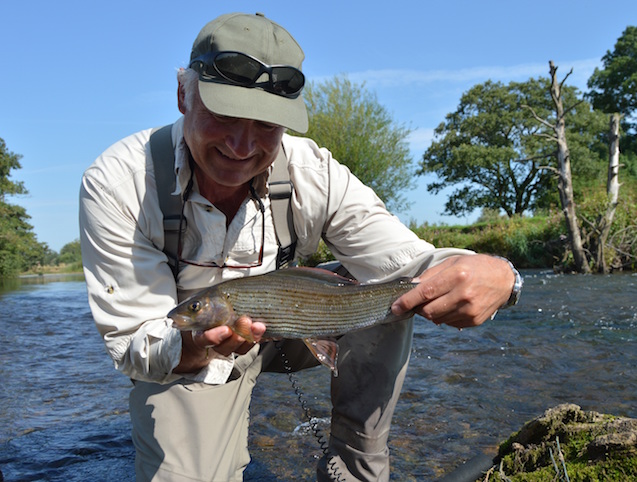 Having guided a little in New Zealand, a bit more in the Seychelles and numerous times in the UK I knew what to expect from the role whilst at the river bank. I needed to buy a car, a web site, some kit and a few hundred business cards, then just wait for the phone to start ringing It turns out buying things for a guiding business is very easy, I sailed through that part. Selling your service as a guide is a little harder That's after you've paid for your first aid, public liability insurance and relevant angling qualifications.

Over the next few months the phone wasn't ringing off the hook - usually because it had been cut off for unpaid bills. Enquiries were slow, the website wasn't anywhere on the search engines, the Facebook was only reaching my mum and a guy from Nairobi and things got uncomfortable. Being a fly guide can be the greatest job you can imagine; explaining to your girlfriend and family that they're not getting Christmas presents is a little more trying. 2015 faded out, 2016 stumbled in and the business looked as bleak as a midwinter's day in Derbyshire. 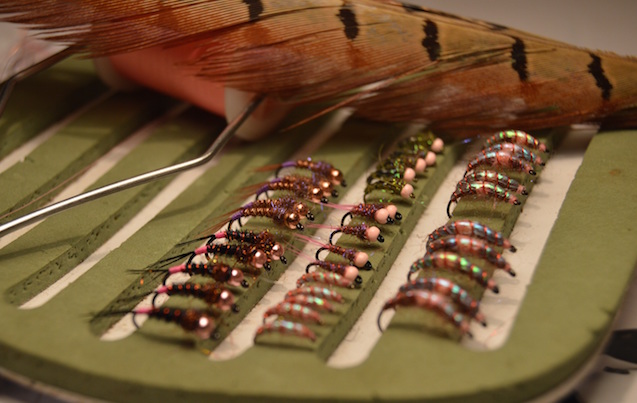 January was the first time I started to doubt my venture. A handful of guided clients and a few fly orders just wasn't going to cut it as a full time project. I had to borrow money to put petrol in the car to guide one chap, and the reality of failing before the season had even started seemed to be looming over my shoulder. I discussed giving up with my better half, she said "no", and that was the decision made. You don't argue with answers as affirmative as that.

Things began to click in the spring, as they so often do. A couple of magazine articles, some glamorous fishing trips and a bit of warm weather were the motivation I needed. The fly orders increased, clients booked a few days in a row rather than just one, and cruically Scierra and Savage Gear got behind my project and slowly, very slowly, things started to happen. 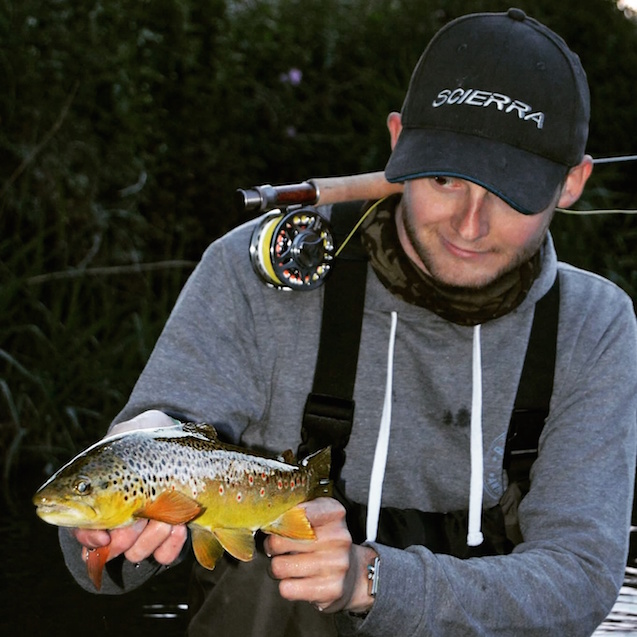 Roll forward six months and the wolf is just about at the door, and with plenty of interest in the awesome grayling fishing we have on offer here in Derbyshire this winter I'm feeling very positive! Don't get me wrong, I've not ordered the Lamborghini yet, but on the plus side I might not go to jail, which is real progress from where I was this time last year. With a number of repeat clients and fly orders coming in thick and fast I'm finding it harder and harder to get any of my own fishing done, which is a sign of progress apparently. More than anything I'm as happy now as I was when I first set down on the sand in the Seychelles. 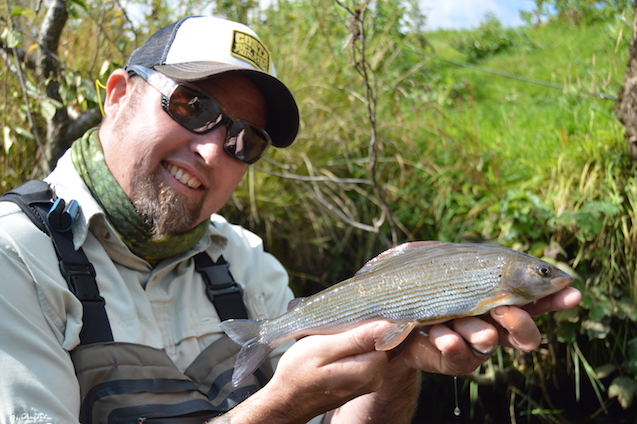 Being a guide can be a chastening experience whether you're flat broke living in your mum's house or trying to dock a boat in the pitch black and driving rain on Desroches Island. Fortunately the highs outweigh all of this - and there have been many! Paul got his first pike, Robbie got his first grayling, Chris thought he'd never get a grayling on fly kit and welled up with tears when I slipped the net under his first! Bob came from miles away for a session with me and had a real red letter day, John had been terribly poorly but managed a hat full of pristine wild fish. The letters and messages from folks who have bought my custom flies - and the accompanying catch pictures, the thanks for advice given and the promise of more days shared on the water. A genuine catalogue of achievements, all very personal and each totally unique. These are what make my job awesome. Invariably my clients keep in touch and become friends - what other job can you get such a personal experience from? 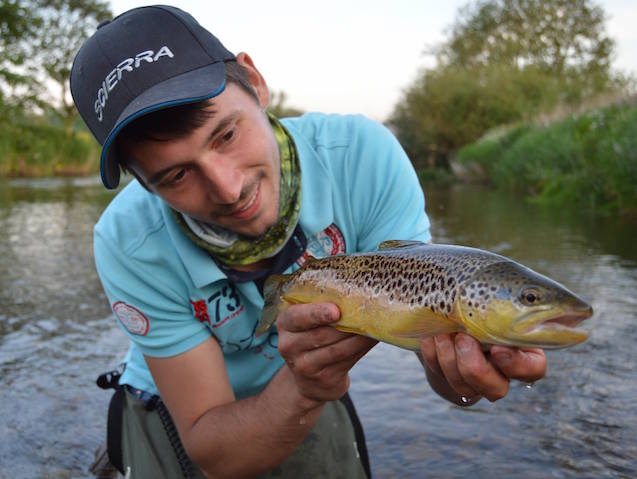 It's been a roller coaster 12 months with many highs and lows, but some really good people have given me help and assistance along the way (including the editor of this fine magazine). There are too many to thank, but you all know who you are. I've been through boundless optimism, spiralling depression through to tentative hope- this is the reality of your fly fishing guide. All the emotions you feel whilst fishing are played out in a longer, more drawn out, more painful game, and you'll only survive it if you're either a brave as a lion or daft as a brush.

I'm not sure which of these categories I fall in to, but I'm still here and on an upward curve, and to all of those who have lent help and support I thank you, and hope to see you by the water soon.

Want to spend a day or more being guided by Andy? Click this link for more details