Luc Pierssens hears the gentle call of Montana once again

What brings you back to the same place? Anglers sometimes feel an irresistible attraction to a country, region or specific river where, to their eyes, all ingredients are brought together to make it a special venue or fishing experience. The area in and around Yellowstone National Park represents one of these places for me. What is the dream made of? Rivers (tailwaters and spring creeks) and fish, wildlife, social encounters, fishing tackle shops and ... American beers.

The rivers: Tailwaters and spring creeks

Tailwaters are one of the few examples of human interventions on rivers that are beneficial to the fish and insect life. Water from dammed rivers which normally have temperatures exceeding the survival limit of wild salmonids (brown as well as rainbow trout) are released at the bottom of the dam at much lower temperatures. This phenomenon virtually resurrects the river into a booming environment with unreal densities of trout per mile and unbelievable insect hatches both in diversity as well as density.  Amongst the famous tailwaters are the mighty Bighorn River below Yellowtail Dam (Fort Smith) and the Missouri River below Holter Lake (Wolf Creek). The fish caught on these rivers attain very respectable sizes, especially the rainbows, and fight really hard because they are in top condition thanks to the very rich environment they live in. Their distinct feature arises from a very peculiar feeding behaviour. The "gulpers" encountered on these rivers and lakes (Hebgen Lake) are something very special indeed. During blanket hatches these feeding trout keep their mouths open and engulf several insects in successive rises, making a distinctive gulping noise. It is not uncommon to see squadrons of several fish in formation foraging insects from the water surface. This is particularly the case when the river is covered with spent insects as is seen during a trico fall in the mornings. I have seen the same behaviour when duns are on the water ( pale morning duns) in such numbers that their density makes this feeding behaviour possible. Although similar blanket hatches are seen on some of our rivers, this distinctive "gulping" behaviour has to my knowledge never been observed. Why is it that these fish have developed such a particular feeding behaviour? In terms of ratio between energy spending in the rising process and energy return through the processing of food, it must be the most efficient way to proceed. In my opinion, catching these trout is the epitome of dry fly fishing because it requires a combination of accurate presentation and coordination with the rhythm at which the fish is feeding, crowned with the further difficulty of discerning your artificial fly from the many naturals surrounding it. Absolutely magic. Recalling early morning sessions on the Missouri, chasing along its banks the cruising "gulpers" is one of the images that haunts my memories and produces the call to return to this fishing heaven. 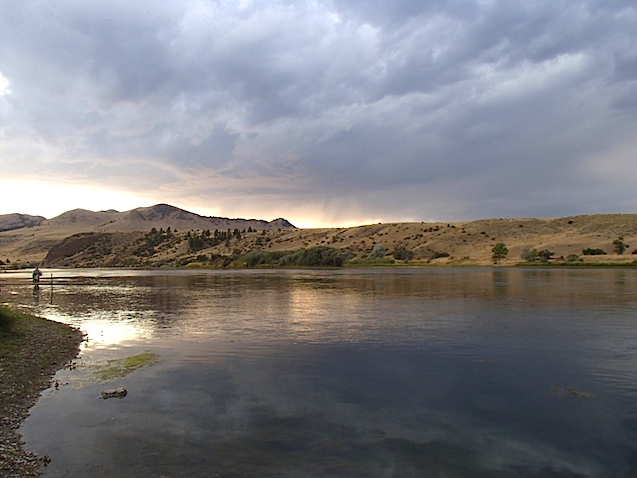 For anglers in search of more tranquillity, the more remote second and third meadows of Slough Creek offer one of the best opportunities to catch the beautiful cutthroats and their cutbows half-brothers (crossed with rainbows). The few hours walking required to get there will guarantee that you will have more of the river to yourself but the fishing requires clever tactics, a more stealthy approach and sight fishing with nymphs. Hatches can be good though, with one of my best memories of a green drake hatch that brought really good fish to the rise, lucky I had some large "Panama" dries left in one of my boxes. Beavers frequent the river and so do black and brown bears, impressive scratches and markings on trees vouch for that. Last time I was one the first meadow, I was somewhat surprised to see a good bunch of anglers and a couple of park rangers insistently staring into my direction from a distance.  Thought nothing of it until I got out of the water and back to the car park where I was told a black bear passed only yards behind me...

Encounters with wildlife while fishing yield some of the most enthralling experiences to be had. Montana is not called "Big sky" country for nothing. Fishing there feels like entering another dimension. The fish are more numerous and bigger than most European standards, the rivers are impressive by their size and intensity of hatches, even the beasts that roam these regions are of a different size. I can vouch that feeling the breath of a large moose into your face (exaggerating a bit here but add few yards only) is more impressive than a rutting red deer from my local forests of the Ardennes. Having moose mother and calf grazing on the ranunculus besides me on the Henry's Fork while fishing a PMD hatch was something special. Ospreys and white-tailed eagles are my favourite fishing companions. Their elegance and fishing skills are impressive and it is always exciting to watch them plunging into the water to extract our beloved trout; no catch and release there! A particular feature, especially in and around Yellowstone National Park, is that wildlife are absolutely not afraid of humans, perhaps because they have not been hunted for several generations. So when you cross the path of a bison or even a pronghorn (antelope), don't even think that they will move aside to let you go through. They will give you a nasty look and start scratching the ground... time to make a little detour and head for the river presto. 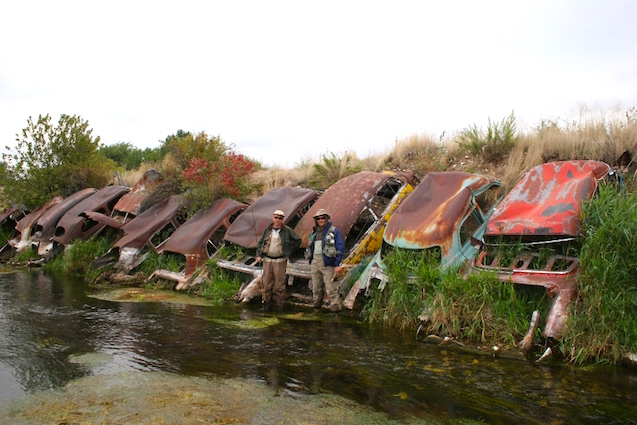 A large numbers of anglers travelling to these tailwaters to float the river with a guide are in fact newcomers to the sport or occasional fishermen in for the big adventure focussed on the results (number of fish caught) and the fun of the experience.  The majority however, are real fishing bums from the US (locals and travelling anglers) and visitors from all around the world.  The car park at "Three Miles Access" on the Bighorn River is like a great fishing jamboree (or the Mecca of fly fishermen) and I have to say that it is there that I have met the highest proportion of nice, welcoming, chatty, ready to help or advice angling brothers. Lawyers from New York, businessmen from Texas or fishing guides on their days off have all been inquisitive of where we were from, whether we cracked the local fishing puzzles; offered fly swaps and inquired about their favourite Belgian beers. What a contrast with the stories you read from fishermen on the west coast rivers who are protecting their steelhead "honey holes" by covering their tracks or hiding their SUV in order not to reveal their whereabouts on the river. There are "honey holes" on tailwaters but I see these rivers more as a constant flow of honey coming down the with the stream, shared by many anglers in sociable manners, be it floating parties or solitary wading fishermen like me and my buddies.

Where in the world would you find at least a dozen fishing tackle shops aka "outfitters" as you would in a large town like West Yellowstone?  Smaller cities like Craig ("A small drinking town with a big fishing problem") or Forth Smith have more tackle shops than restaurants.  or the fashionable angler, a dream come true, all outfitters produce t-shirts with their own brand or logos (beautiful trout or fly patterns for example).  For the rod and reel compulsive collector, an irresistible temptation. For the fly tying aficionados, hundreds of variations on the same products and an absolute certainty to find the stuff you had been tracking down for ages. Massive savings for us "Europeans" to buy the desirable American products (waders, rods and reels, fleeces, etc), too bloody expensive when imported. Our fishing tackle shop attendants are knowledgeable and friendly people. In West Yellowstone they go further by keeping records on large drawing boards of the current hatches, best fishing stretches or areas at the time of your visit, as well as listing best imitations to use. Not a guarantee of success but already a step into the right direction. 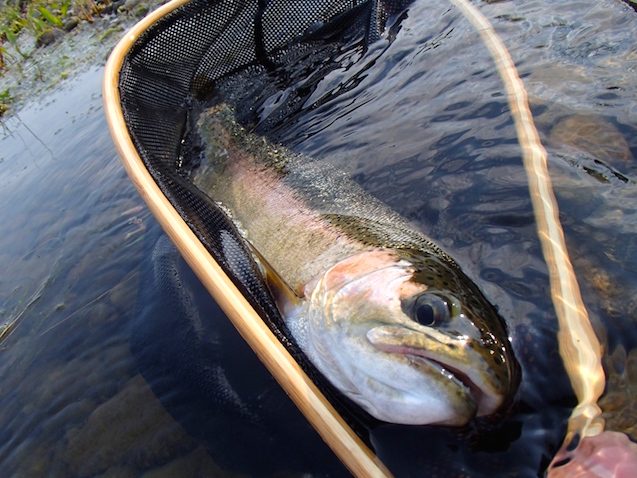 After a long and eventful day on the river, most of us will want to head for the local Inn to have a good dinner and reflect on the day's fishing adventures. Lucky for the lager drinkers and special ale enthusiasts alike, there are now many breweries in and around Montana that produce very decent beverages. Discovering these can be quite exciting and their decent alcoholic content will  manage to put your mind at rest after all the day's excitement and epic encounters with memorable fish.

So, if like me, you feel this irresistible attraction to a special place and its rivers don't hesitate or waste any more time...live your dream.