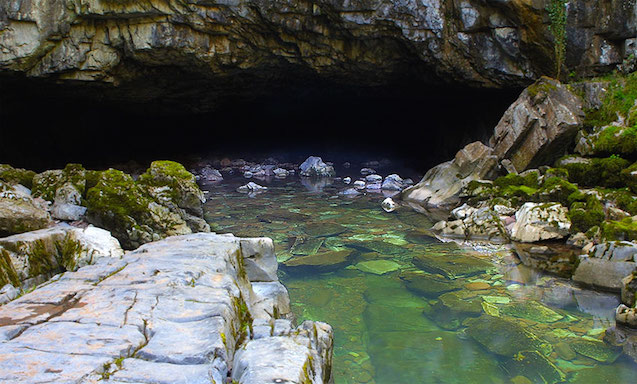 This fly is named for that fabled Welsh river the Afon Aznagro. Issuing from a dark mysterious cave in the misty maudlin mountains of Llamedos, the Aznagro flows down through a deep gorge and over the high waterfall of Nwodssip and the twin cataracts of Ffogob before winding its way down to the sea at the small town of Llareggub. 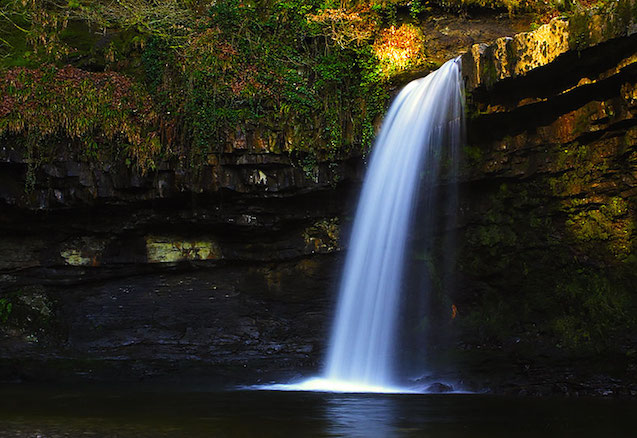 Some say the mystic river doesn’t exist, others that it can only be found by the true of heart carrying a split cane rod to be used for divining the river’s course through the dense dark oak forest of Ffodos. Others, perhaps after too much ale in the Sailors Arms, maintain that in summer when the river is full and the nights are starless and bible-black the huge runs of sewin pushing and ploughing upstream make the river run backwards. 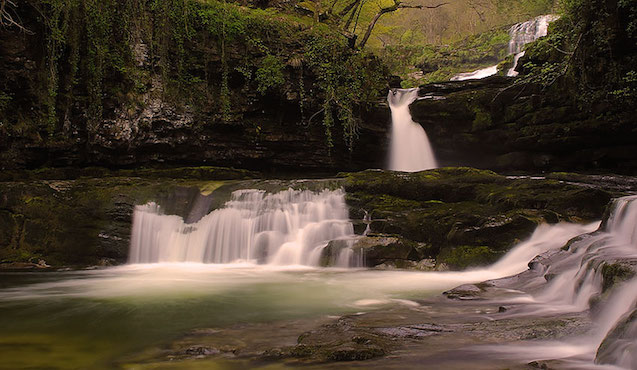 The trout and grayling in the Aznagro grow to prodigious sizes, but are notoriously fickle and difficult to find. Legend has it that the river used to be the exclusive preserve of a syndicate of druids who fished with magic hazel wands and lines made from the hair of maidens. It is not recorded whether these practices died out due to overcutting of magic hazel, or local shortage of other material. The powers of the ancient syndicate are said to still protect the waters today and those intrepid fly fishers who do manage to find the river tell vivid tales of sturdy oaks moving several feet along the banks to grab their flies out of the air mid-cast. 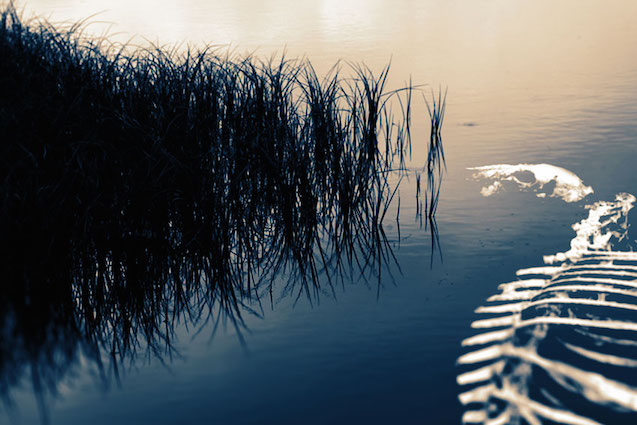 The reason that the trout and grayling are so difficult to catch is that they rarely rise to a hatch and spend very little time feeding on nymphs in open water. They hide away in the cover of the skeletons of sheep washed down in frequent spates from the steep hillsides. Getting a fly to the fish was therefore a somewhat technical process, not to mention requiring a strong stomach. The druids were reputed to use a heavy bead of the purest Welsh gold from the mines of Clogau on the end of their maidenhair line to anchor the point of their cast. A small spider pattern was tied on a dropper and the heavy bead used to steer the fly on a short tight line through the skeletal remains and tempt the fish to move from their unsavoury lairs within the ribs and vertebrae.

The Aznagro spider is tied in the Japanese Sakasa Kebari (literally ‘backwards fly’) style which is very apt for its river of origin. This fly works well on other rivers, and not just in Wales, so should you wish to have a few in your box, here’s how to tie one. 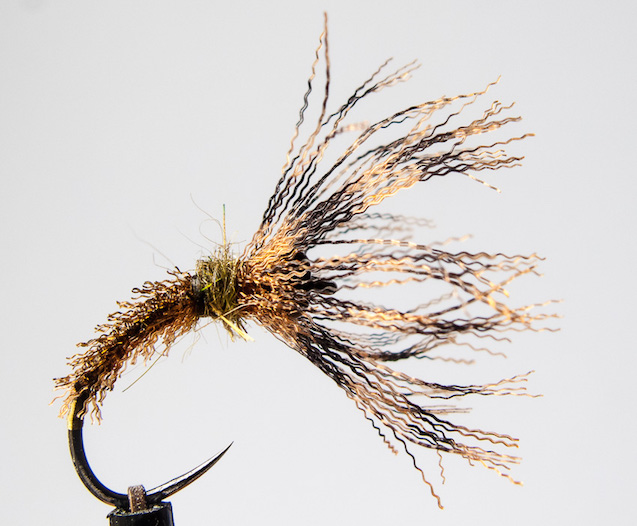 Thorax        SLF squirrel dubbing (or any other dubbing, optional)

The fly works just as well without a bead at the head, provided you build up a decent ball of thread to push out the organza hackle at the right angle. It’s worth tying a few flies with different number of turns of organza so as to produce flies which will have a varying degree of resistance to water flow for use in different conditions and with different weights of nymphs on the point. 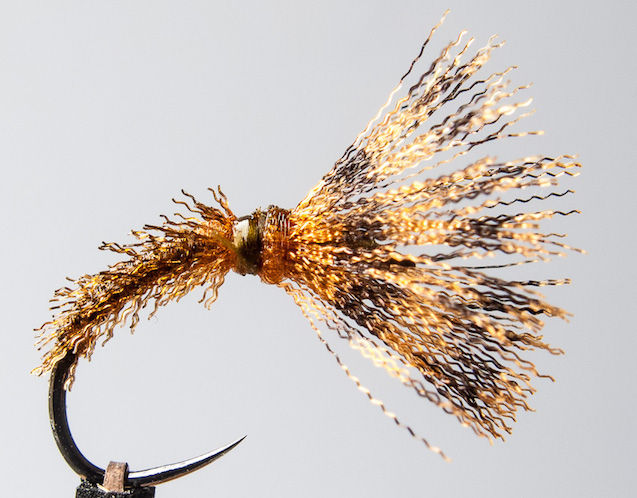 When the Aznagro is fished on a dropper above a heavy tungsten nymph the drogue action of the forward facing organza fibres in the current help to keep the rig taught. The drag of the spider and the weight of the nymph act in tandem as the flies fish through a run on a short line. When the flies are lobbed upstream the spider grabs the current as soon as it goes under keeping the line to the rod taught aiding bite detection as the nymph heads to the bottom. Once the nymph is trundling along bottom the pull of the spider helps to keeps any slack out of the line as you raise and lower the rod tip as necessary to keep the nymph on the riverbed or to induce takes. Finally as the flies finish their run the drag of the Aznagro lifts itself and the nymph up through the water, often inducing a take as the cast fishes out.

To compensate for the added drag on your leader use a tungsten bead one size larger than you would normally use for your point fly. Try it. Magic hazel and maidenhair are optional, depending on availability in your area.