Join Martin McCoy as he fishes a competition on Lough Sheelin

Irish wild brown trout Lough fishing is for me is one of the most challenging, beautiful and rewarding types of fly fishing that can be experienced. There is so much history and characters that have been involved in the development of the sport here in Ireland over the last century. From Rogan’s of Ballyshannon and their special dyed flies to Kingsmill Moore and his stories of battles with fish and the elements and sometimes his Ghillie Jamesie. Irish Lough style fishing has it all in terms of challenges to an angler’s skill because a wild brown trout from the great limestone Lough is not something to be taken for granted, weather conditions and local knowledge are key to success. I fish a few competitions throughout the year and often the so called expert anglers like the rest of us have nothing to show for their day’s effort. It is also a great leveller of rank and station as the wild brown trout has little regard for whether the angler is a sinner or a saint a judge or a janitor. 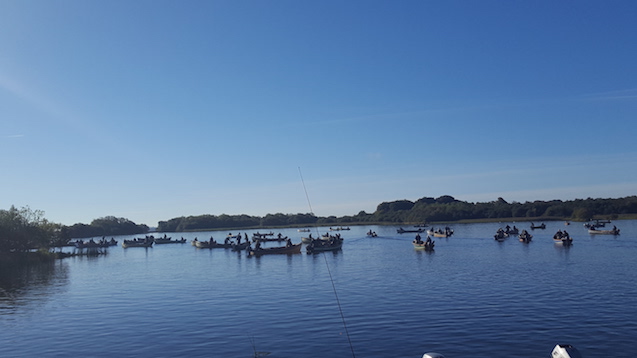 There are many great Loughs in Ireland and it would take several lifetimes to scratch the surface of what makes them tick and become an expert. Lough Corrib is famous for its early season duck fly, olive fishing and mayfly bonanza. Lough Mask is famous for its wild setting sharp rocks and trout that love a wet fly in a big wave. Lough Sheelin is now becoming part of my fishing world through life’s twists and turns have brought me to this part of Co. Cavan as is often the case through the love of a good woman. Settling here now and purchasing a 19ft Burke angling boat safely stored in Kilnahard Bay has opened up and often infuriated this angler to the mighty Lough Sheelin.  Every Lough in Ireland has its own unique history and folklore around what swims under their choppy surfaces and Lough Sheelin is no different. It has seen a few changes over the years labelled as one of if not the most productive water in Ireland due its relatively shallow overall depth has meant from the beginning of fishing for trout one thing has been on every anglers mind here and that is the “BIG ONE”. Nowhere else in Ireland have you the genuine chance of hooking and maybe if you are lucky landing the wild brown trout of your dreams.

This weekend just past there were a number of sporting events on around the world from the Ryder cup were Europe was unsuccessful to the All Ireland Football replay between Dublin and Mayo less said the better on this one to the most important one in my diary the Lough Sheelin stream rehabilitation competition again less said the better in regards to my efforts. This competition provides the main fund raising opportunity for the Lough Sheelin Angling club to obtain vital funds to continue the good and cost effective work of habitat creation and restoration with in Lough Sheelin catchment. With nearly all game angling ending on the 30th September in Ireland this competition provides the last hurrah before the long fishless winter for the game anglers from each of the four provinces. 260 Anglers competed on the day in what can only be described as Mediterranean conditions with never before seen volumes of suntan lotion being applied to faces in October! 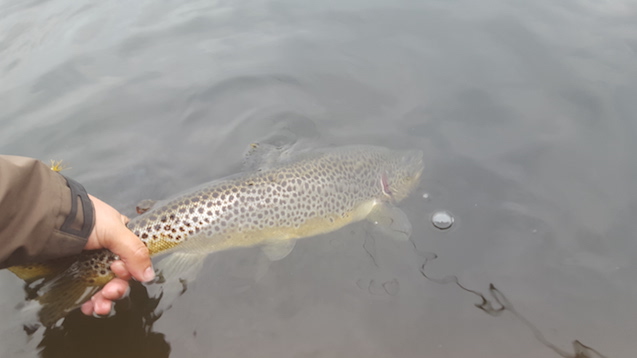 The build up to these events starts weeks before when application forms are filled in and dreams of where you are going to store the 1st prize new Sheelin fishing boat and equipment for the big trout you are surely going to catch. Flies are tied plans are hatched between fishing buddies and if we believe our own hype it’s just a matter of turning up and it will all fall into place. For myself the night before consisted of a large amount of time in the garage away from family life cleaning fly lines checking fly box’s and tying up casts with the two droppers often used in Lough style fishing and most importantly having a full hip flask for both celebratory and pain numbing moments fishing often bring. On the morning of the competition there is a quick goodbye and then you are on the road to Lough Sheelin. Other competitors can been met on the road towing boats and engines battered from a long season and the local petrol station has an army of green jumpered men looking for coffee, ham sandwiches and a bit of luck or inside information.

On arrival in Kilnahard harbour there is a sea of activity boats getting left into the water, trailers being stored in the trees a buzz of old friends and acquaintances meeting chatting slagging and telling white lies. Fishing is really hardly ever as good as we expect especially when the sun is up and there isn’t a cloud in the sky but fishing is about so much more. The craic and doing something tangible that doesn’t revolve around a computer screen is something all anglers cherish. The great outdoors and the endless possibilities for success are what keeps up coming back time and time again despite the many setbacks. 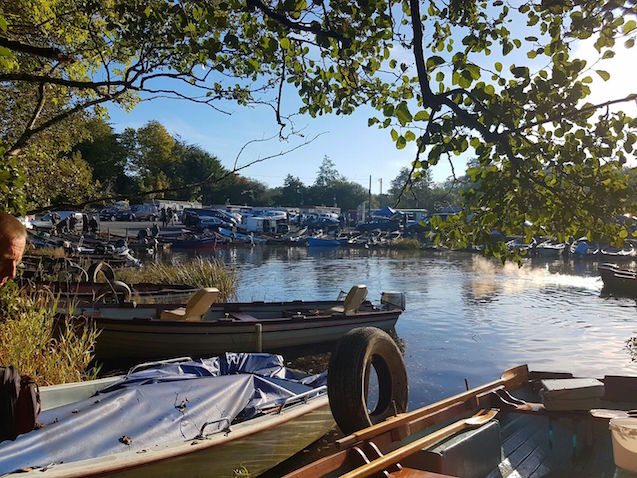 The 11.00 start has a flotilla of boats and anglers jostling to get to the front of the cue and head out into the 4000 acres of water with a wing and a prayer. The older heads seeing the bright conditions are more circumspect about the whole dashing out into the unknown as 6.00 pm is a long way off.  I was paired off with one of the Clubs board members and was repeatedly told over the morning that this was at least going to ensure a podium finish. But as with most things in life and in fishing the reality is often not that clear cut and didn’t quite make it over the winning line this time. It’s always nice fishing with new people and this is what competition fishing brings as an experience to the normal angler. You learn new tactics get ideas and inspiration about trying to catch the elusive wild brown trout. We had a great day’s craic and the day flew by with a few chances later on with swirls and nips at our flies. One of our fishing buddies had a 2lb trout to the boat and lost a 4lb winning fish at the net which will haunt him for the rest of his life and give us an excuse to slag should he get too big for his boots.

6.00 arrives and everyone heads back into the Kilnahard harbour and it’s easy to tell that the majority of anglers have a look of anguish with either no fish or tales of the one that got away! But as always there are always a few who succeed and have wet bulging bags making their way to the weight in point. Anglers eyeing up each other’s catch trying to guess weights and see where they might be placed on the prize board and allot of muttering behind hands goes on for what seems an eternity to those with fish.

Because of a 16 inch limit and only the heaviest fish counting a respectable 27 trout are weighted in, with the bulk of them in the 2lb plus bracket which on most wild trout Loughs would win the day but not here. 3.25Lb wins the day and a new boat and fishing gear to a delighted young angler, is his reward something he will never forget.  There is a fine meal back at the Crover House hotel for all competitors and the obligatory prize giving ceremony.  Fishing stories of the day and friendships renewed everyone starts drifting away for the sometimes 2 or 3 hour journey home with plans already hatched for next year’s success. As I am driving home and thinking about the day I recall a famous film speech in Braveheart where William Wallace tells the troops,

Aye, fight and you may die. Run and you’ll live... at least a while. And dying in your beds, many years from now, would you be willin to trade ALL the days, from this day to that for one chance, just one chance to come back here to Lough Sheelin and catch that big one!