Damon Valentine is a passionate fly angler with over twenty-five years experience. His recent adventures in London have inspired him to set up a charity guiding service from 2017, and introduce as many people to the sport as possible. Here, he tells us how he came to be seduced by a little South London chalk stream

Having grown up in the Yorkshire Dales, on paper my childhood was somewhat perfect. My Grandad was a local bailiff, I could throw a stone from my window to the river, and I would spend endless summer days by the water's edge, catching brownies, chasing salmon, and learning my craft. It’s fair to say I was obsessed from a very young age!

Fishing in streams is in my veins, and like your best friend, you can go for months without talking, but when you eventually do, it’s as if the time inbetween had never occurred. There have been periods like that over the years as I’ve figured out my path, but I’ve always found my best friend again, and this time, right in the heart of London.

On the surface, the Big Smoke doesn’t exactly scream “fly fishing”, but if you dig deep enough, you can find some fantastic sport, from wild brown trout to zander, and everything inbetween. Fly fishermen are spoilt for choice inside the M25, something which was brought to my attention by angling author Charles Rangeley-Wilson.

In 2015, after procrastinating at my desk one afternoon, I stumbled across an episode of The Accidental Angler on YouTube. It was a whole hour focused on catching a trout in London, and how some of its rivers were once amongst the best in the UK. As I watched Charles trawl across the capital, I was filled with a childlike hope and optimism that maybe I could find a trout too! It was time to dust the gear down, and go exploring!

With my imagination in full swing, the first place on my list was the River Wandle in South London, a chalk stream that stretches for around eleven miles northwards, before joining the Thames at Wandsworth. I’d decided to start my adventure at Colliers Wood after reading Trout In Dirty Places by Theo Pike, which is where I met Derek, a local angler of over twenty-five years on his daily walk of the river. He stopped to look over the bank next to me, and asked if I was after trout. We spoke for twenty minutes or so, then he agreed to show me a couple of places where he’d caught wild brownies whilst coarse fishing. We ended up walking five miles upstream and spent that July morning chatting away and spotting fish. I can honestly say that talking to Derek was one of the nicest conversations I’d had about fishing in years. His passion for the river was abundant as we discussed conservation, fish species, and how far this little chalk stream had come since its days as an open sewer. He was a true ambassador of the Wandle, and I felt blessed in his company. 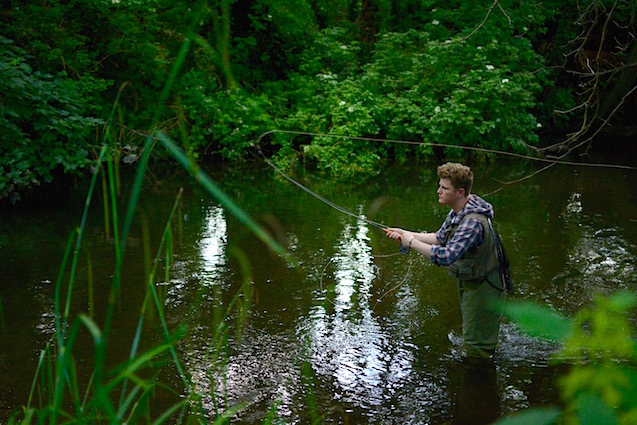 The Wandle is a testing river to fly fish, and during the five trips I made that year I hadn't caught a thing and lost nearly all of my trout flies! I’d also struggled to adapt my casting and general approach to the spookiest of fish, but one thing remained constant: the frustration was far outweighed by just being out on the water. 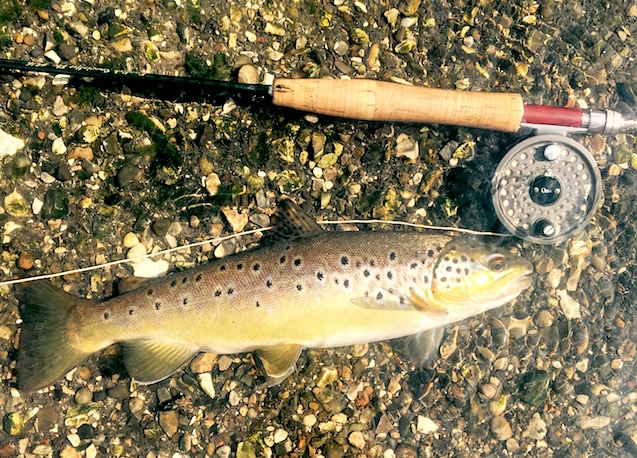 Over the course of those first few trips, I ‘d learned to adapt my river-craft and fallen under the Wandle spell. I began to see her beauty through the industrial and urban scars inflicted over the years. That season, I’d spotted many wild trout, barbel, roach, dace and chub, as well as blue jay’s, kingfishers and fox cubs. The river was thriving and I couldn’t believe my luck. I had fallen in love and not even caught a fish!! I look back on those trips as the foundation of an affair that has re-affirmed the passionate bond I have with my sport. 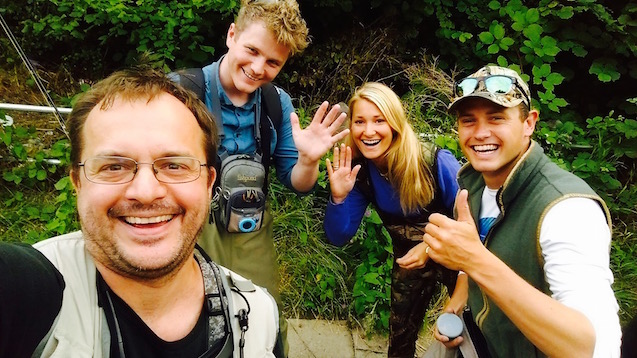 After a winter of reflection and anticipation, 2016 on the Wandle has been an unbelievable adventure! I’ve fished the river most weeks since April, catching many fish including my personal best wild brownie, hooking and landing a 12lb barbel on a nymph, and capturing trout at night on floating mice! But most importantly, I have been welcomed into a community of so many incredibly passionate anglers who I now call my friends! And isn’t that what fishing is all about?

Damon would like to thank Christopher Tan for the photographs

If you’re interested in knowing more about the River Wandle, then email Damon directly at londonflyfisher@gmail.com or head to his Instagram: @london_flyfisher