Perhaps no other animal is more symbolic of the American West than the bison. For a fly fisher living in Utah, however, the western United States is better represented by a much smaller creature – Oncohynchus clarkia, the cutthroat trout. Named for the distinctive orange-red slash beneath its jaws, cutthroat are the only native trout species found in most western states, and have even been designated as the official state fish of seven of those states. 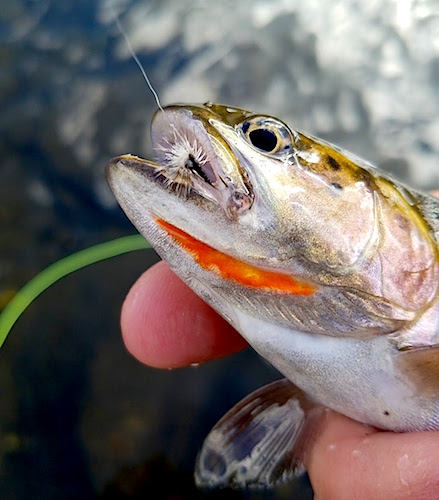 Trout are beautiful because of their lines and colours and spots.  rom the pink lateral lines of rainbows, parr markings of juvenile trout, the blues halos on a late season brookie, and the buttery yellows of a wild brown. But it’s the spotting on the cutthroat that to me set it apart from other trout species. More heavily weighted towards the tail, the spots range from subtle shading of the Snake River fine-spotted cutthroat to the bold, dark spots of the Westslope and Colorado River cuts. Sometimes the spotting even extends to the eyes, which creates an almost hypnotic effect on the fly fisher. The recollections of my first brown, brook, and rainbow catches are long distant, yet the first cutthroat I caught in Utah, a feisty six-inch Bonneville from brushy Daniel’s Creek, is solidly etched into my memory. 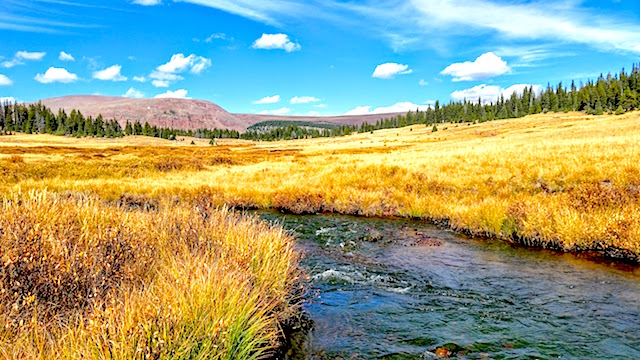 Cutthroat might not leap three feet into the air like a rainbow when hooked, or have the discriminating and wary reputation of a brown, but they are certainly no less fun to catch on a fly rod. The best word I can use to describe cutthroat is eager. Rarely does a well-placed dry with a good drift go unnoticed. And when your fly misses the mark, a cutthroat often makes up for your shortcomings by chasing it anyway.  On a stream where six inchers abound, a large grasshopper pattern will elicit strike after strike by fish that don’t stand a chance of actually being able to ingest the fly. For some reason, catching a cutthroat trout on a dry fly that I tied makes me feel closer to nature. Perhaps it’s the idea of using natural materials (mostly) to entice a wild fish to engage its instinctual response to eat a bug, or the thought of landing a fish in the same stream that its ancestors swam in long before a fisherman ever walked its banks. 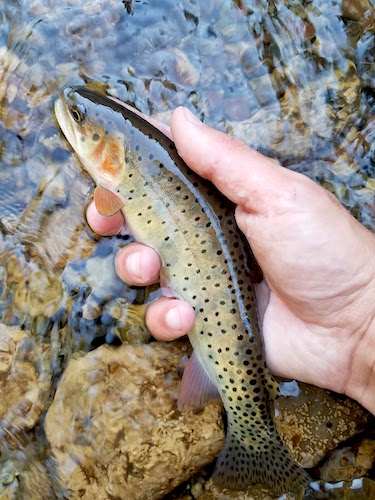 At home in cold water and high elevations, cutthroat are rarely found in unattractive locations. Robert Traver’s words from his Testament of a Fisherman, “I fish . . . because I love the environs that trout are found, which are invariably beautiful,” certainly ring true when walking along a cutthroat stream. In fact, the mountainous terrain which separates the individual drainages where the cutthroat evolved, has led to fourteen distinct subspecies, each with their own particular spotting and colouration, not to mention differences in size and feeding habits. 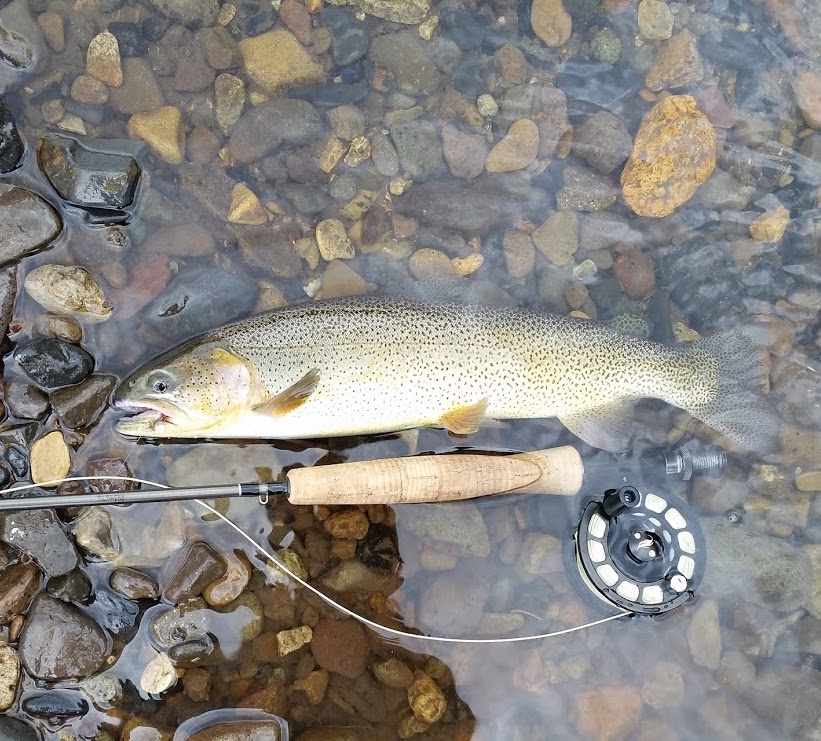 The drive to the cutthroat water almost never disappoints. From high elevation passes (which may be the divide that separates the native range of one subspecies from another) to long, lonely dirt roads where the unwritten rule says you should always wave at the driver coming from the opposite direction.  Sometimes the road leads directly to the stream, and you can be wetting your line soon after arriving, but my most memorable days come when a long hike is required, putting several miles between my car and me, the country and the trout growing seemingly more wild with each step. 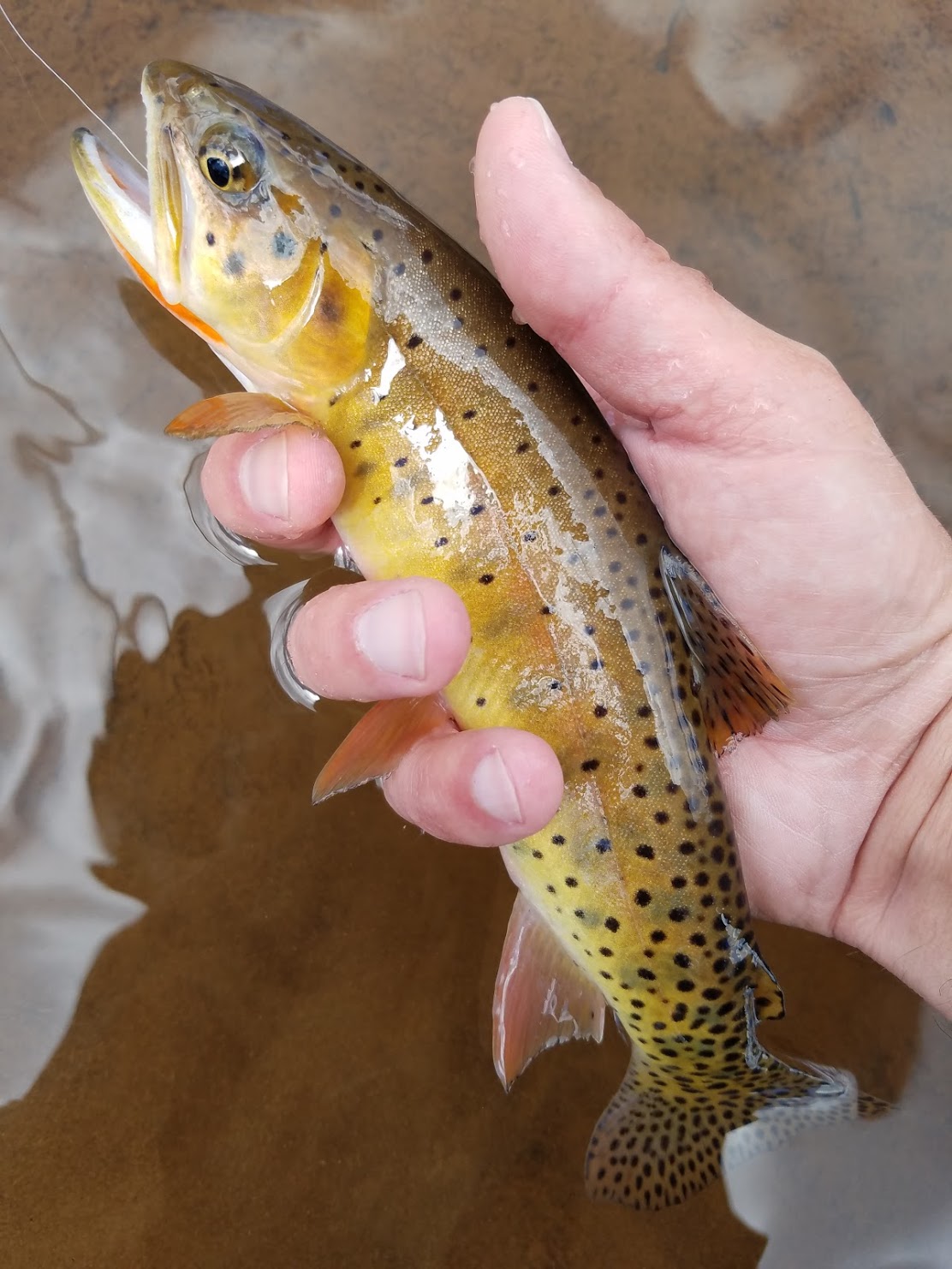 Like the bison, which once numbered in the millions before being reduced to near extinction by hunting, slaughter, and disease, cutthroat trout are enjoying a resurgence thanks to conservation efforts. The Bonneville cutthroat, the state fish of Utah and in whose native range I live, was thought to be extinct (or at least genetically diluted by non-native rainbows) only a few decades ago, while the Lahontan, Greenback, and Paiute subspecies in surrounding states are currently listed as threatened by the Endangered Species Act. 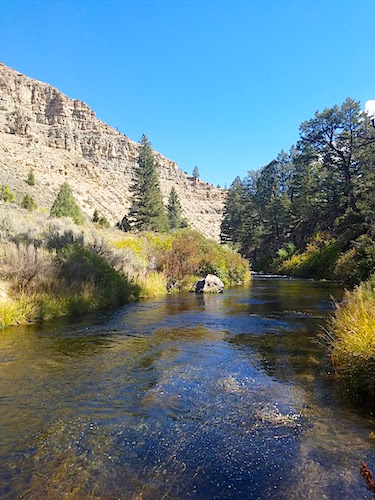 Brushy Mill Creek, which flows down through the Wasatch Mountains and into the Salt Lake Valley, was recently restored to pure-strain Bonnevilles by the state of Utah after a two year process of exterminating non-native browns and rainbows, interbred cuttbows, and even cutthroat (a necessary casualty). The thousands of fingerling Bonnies planted in 2014 seem to be thriving in their native environment, judging by the healthy fish I coaxed into striking a caddis imitation during a recent outing up Mill Creek Canyon. Hopefully the success of the Mill Creek restoration will provide a model for future conservation efforts of native cutthroat populations in Utah and other Western states. I am optimistic for the future welfare of cutthroat in the American West, and excited to continue my pursuit of this amazing fish for years to come.