I learned to fly fish as a teen on the Usk, so it is no surprise that this remains my favourite river on the planet. I have fished many of its beats between Usk town, and just upstream of Brecon. It is known for its early day and short hatches at the start of the season, turning to great dry fly opportunities toward dusk after June. March browns hatch in profusion, yellow mays, pale wateries, sedge...a season long feast for the wild fish surviving the plundering goosanders, for these as much as low waters, chemical run off, and much less man, are the main threat to the native fish. I observe that most anglers return their fish today but unquestionably stocks are smaller, but then restocking is rare, so we should expect this. 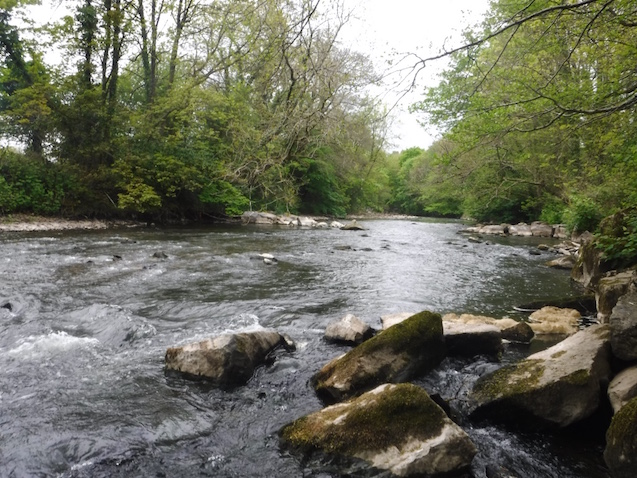 At the same time as I was learning about looped casts and knots, I was an eager rugger man (now you know my approximate vintage!) and we would travel on a dark red Western Welsh coach in search of victory against the Valley's Grammar Schools’ might. And at that time, the view of the Taff near Pontypridd, was of a coal-black sewer of a river where aquatic life must have been strangled to within an inch of its life. The same was true all over the region. 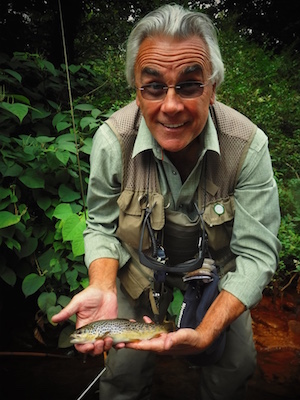 Fifty years later, just how much has changed.

Gone are the mines, the mills, the steel workings, but sadly, almost all manufacturing, too,  and now, the valley towns, once prosperous, are populated by pound shops, charity shops and empty shops. The huge weekly markets of the past are mainly a distant memory, too.  Plenty of jobs in Cardiff, though and employment tends to service, retail and local government. Spirits remain high, and are buoyed by the success of Coleman’s fabulous eleven, and Gatland’s exceptional fifteen, but inward investment is needed badly. Where is the next Hoover when it's needed, then? The Silicon Valleys, maybe!

But nature has been a beneficiary of demise. Today, South Wales is a cleaner place, a brighter place, a beautiful region offering an outdoors of wild and rugged and natural splendour. For the walker and rambler, the rock climber, the horse rider, the mountain bike daredevil, the golfer...but most of all, for the flyfisher.

My first Welsh trout was caught in Brecknockshire, more years ago than I care to remember, but about, fifty four! It would have been on a nymph, cast into riffle on the Town Water in Brecon, on an eight foot rod made from an early carbon fibre blank, from a manufacturer, probably no longer in existence; the fly line, greased for flotation. My latest, from the County of Swansea, came on an American made Orvis Clearwater 3wt. rod of six feet in length, the reel, also an Orvis, a CFO, loaded with an Orvis Hydro Easy Mend line, at the end of which was a #18 parachute Adams tied to a three foot tippet of 5x Fulling Mill fluorocarbon of just 0.16 mm diameter, below a tapered leader of nine feet or so. 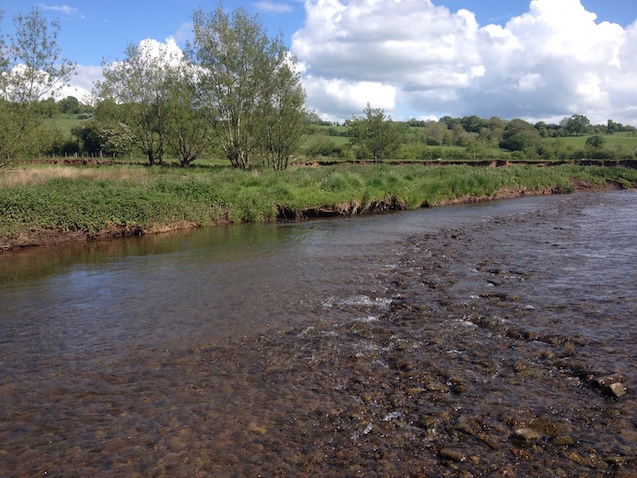 How things have changed.

What else has changed? Well the counties, for a start.

There were thirteen in my teenage years. They were all Shires! Who remembers Montgomeryshire, Radnorshire and Flintshire? 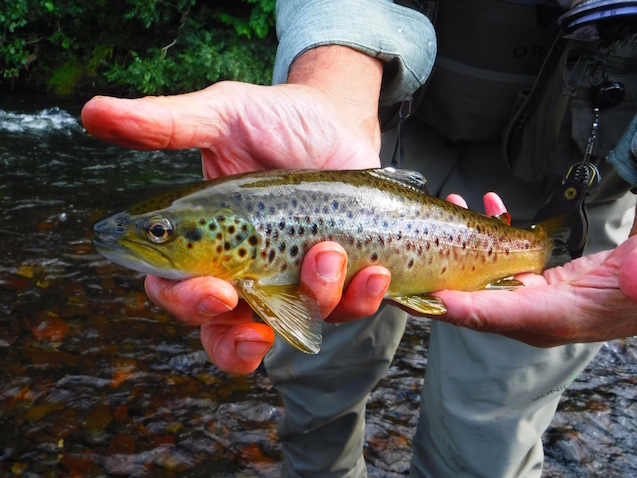 Today there are twenty two and have far nicer names, reminding us of a Gaelic past. Cerredigion, Powys. How satisfying would it be to catch a wild trout from all of them! And what a way to see parts of this country, which I, and many, may not have experienced.

So now, more than fifty years on from my first cast, I am trying to do just this.

This season, I have discovered the delights of the Rhymney near Caerphilly, although grayling seem to outnumber ‘fario’ here; the Rhondda in RCT, the diminutive Thawe in the Vale of Glamorgan; the Afon Lwyd in Torfaen (the ‘grey river’ near Cwmbran, also once an industrial hotbed, with all that entails for our beloved streams); the mighty Loughor in Swansea; the rocky Dulais in Neath; the Sirhowy in Gwent; and in Monmouthshire, the Monnow (very private and difficult to get onto, but the Monnow Rivers Association annual auction is a sure fire way, and for a few pounds more than you might want to spend, the results will more than justify the cost!). The Ogmore, a Bridgend gem; and the lower Ebbw, too, in Newport. 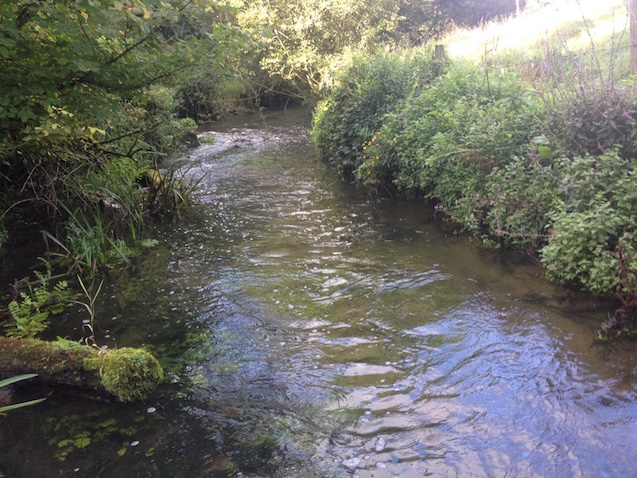 My fishing records confirm that the brownies I was lucky enough to net this year, were all caught on dry flies, but as well as some on the ‘duo’, a rig I am more familiar with than the French nymph set up, which receives so much publicity in the angling press these days.

Access to South Wales’ beats is easy. The Wye & Usk Foundation passport scheme has miles of water, and where it does not, then day tickets can be bought from local tackle shops, and when day tickets are not available, a season ticket can be bought for unbelievable value. How I envy Welsh anglers!

The rivers of South Wales are alive with wild brown trout and local experts have had fish to four and five lbs., and more, to their names, but my average take is more modest!

But don’t take my word for what the quality of the fishing. Read what ‘Dave B’ wrote on FlyFishingForums, just days ago –

“I regularly drive 1.5 hrs to the Usk from the other side of Taunton. In years gone past I used to drive weekly to Hereford to fish the Wye winter league.

One of the highlights of this year was a days dry fly fishing, stalking rising fish on the Monnow in the company of Peter Dawson. A different river from the Usk with a beauty and charm of its own.

In many respects the river of South Wales remind me of my native rivers in the North East, it's like home from home, just closer, so much so that I'm considering retiring there when I retire in 10-12 years.

You don't get much better recommendations than that, it's a beautiful place and the fishing is as good, if not better than anywhere else I've fished.’”

Tony has ‘netted’ twelve of the Welsh counties, and all in South Wales, including nine in 2016. He writes about his exploits on https://afishermansjourneythroughwales.wordpress.com/ and the plotting to capture more next season, has begun.