Kris Kent takes us back to his "Little Syndicate" and some new, exciting fishing

In fishing, as in life, there are givers, those who share freely with others, and there are takers, those who accept freely but never reciprocate. John Aplin is one of life, and fishing’s, big givers. 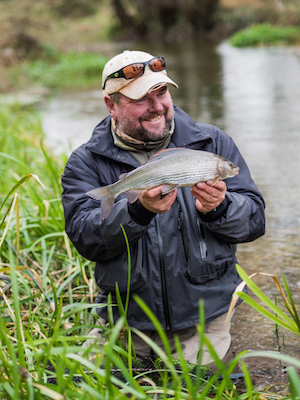 Some four years ago John was approached by a lady who had a bit of river. Her husband had fished it but since his death 10 years ago it had fallen into disrepair. Now, John could have kept this to himself or sold it on. He didn’t, he decided to offer it on a syndicate basis to some like-minded friends. The Little Syndicate was born. We all helped beating the Wraxall Brook back into shape and enjoyed ourselves fishing for its ever so wild brown trout. 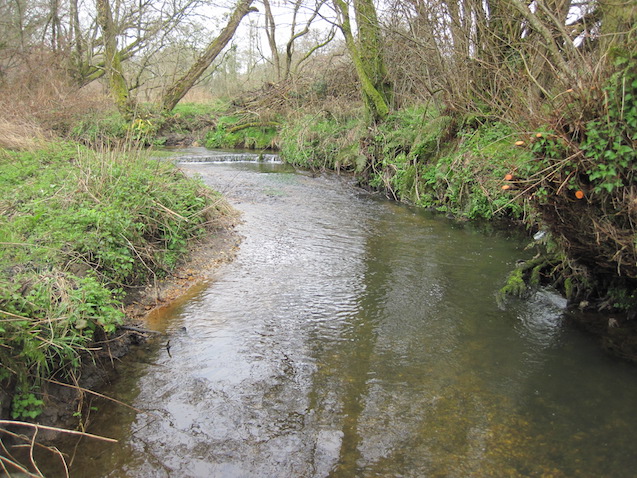 John also threw in a couple of beats on Frome carriers close by his home in West Stafford near Dorchester. 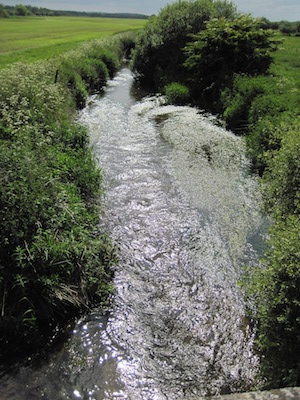 The following year John negotiated an extension to the Watery Beat. The Little Syndicate wasn’t so little anymore. We all enjoyed the fishing and had some great sport. I caught a stunning grayling of over 3lbs and my guests had wild brownies up to 17in. 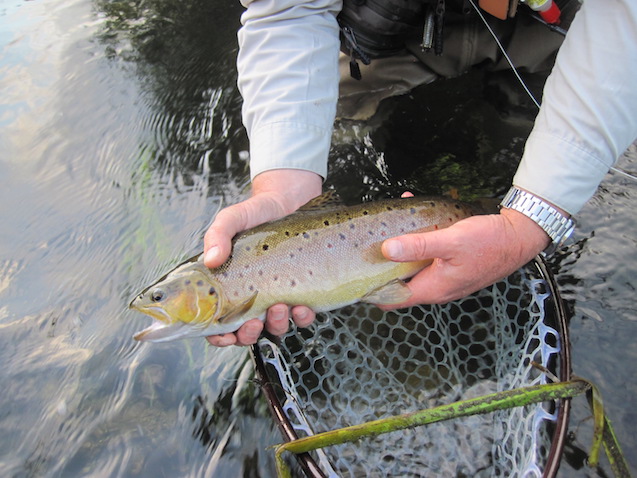 A good Brownie for Vince

It was early October when I spotted a post on the Little Syndicate’s Facebook page. John had been out looking at some new fishing for the syndicate. This got me excited. Come the new year when John wrote to the syndicate members with details of the 2017 season it turned out John had negotiated two new beats.

The first was an extension of our existing beat on the Wraxall Brook, another mile of fishing below the road bridge. As soon as I was able I was back down in Dorset to check out the new fishing. Like our original section on the brook it was obvious this new section hadn’t had much attention of late. There was a lot of fallen trees, flood debris, overhanging branches and overgrazing by sheep causing bank erosion and siltation. Of course, this was only an issue for us anglers, the fish loved it. 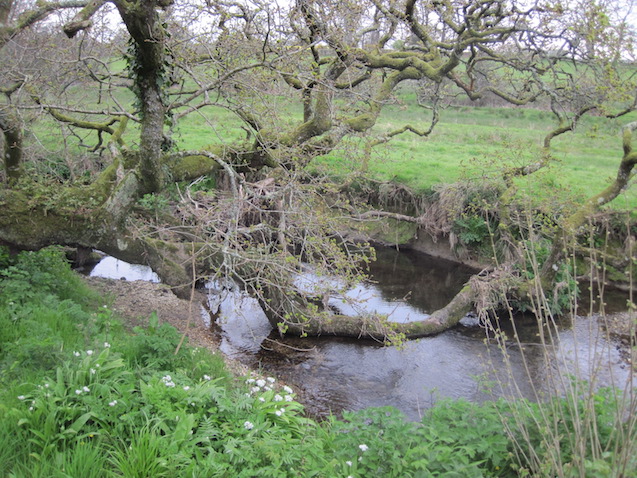 Lower Beat on the Wraxall Brook

I spent a fabulous day picking my way through the undergrowth and casting dry flies into the faster runs. I was rewarded with a half dozen fabulously beautiful little wild brown trout. The perfect start to the season. 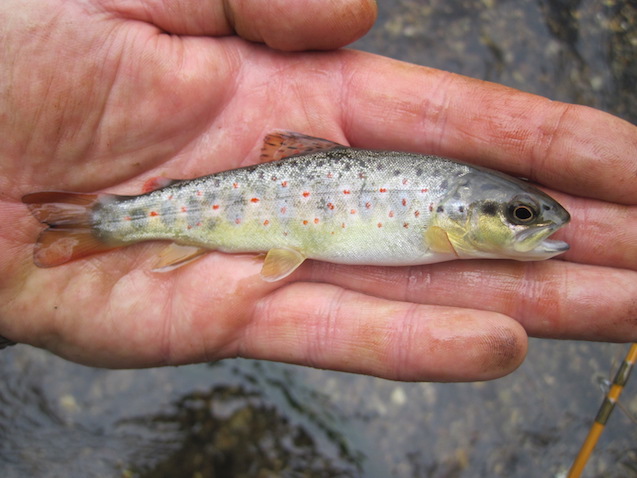 One of the great things about the Little Syndicate is that everyone chips in and helps John out with maintaining the beats. That usually means a pre-season session with chainsaws and pole saws. Sensitively keeping the undergrowth in check and maintain the habitat. The only problem with more water is that means more maintenance. So, this year it would have to be a full weekend. I couldn’t make the Saturday but the other guys headed for the Upper Beat on the Wraxall Brook and the carrier near John’s. 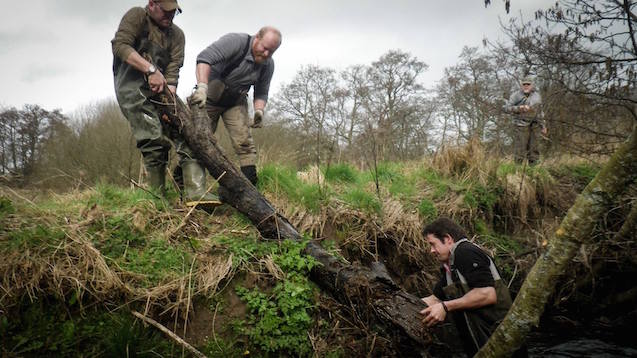 It was the second new beat that got us really excited and was another example of John’s philanthropy. It isn’t often that a beat comes up on the Piddle, hen’s teeth. When John was offered a beat that hadn’t been seriously fished in living memory it was very generous of him to offer it to the syndicate. The Sunday work party was going to work on this new beat so I was very pleased I could make it. We were like giddy schoolboys as he walked the beat for the first time. Peering excitedly into every pool in the hope of spotting a fish. 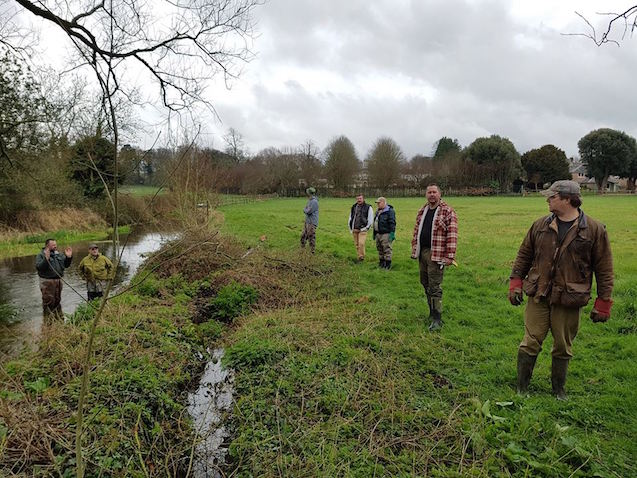 Initially the beat just needed a few low branches nibbling back. But when we got to the weir it became obvious that some more extensive work was required. A very large tree was hanging over the river and the landowner wanted the lower limbs taking out. This involved some serious chainsawing, rope work and a Land Rover. As well as much physical exertion on our part. 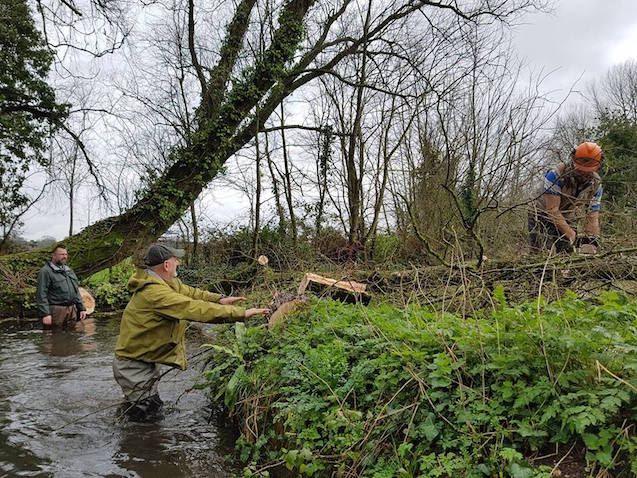 The reward for our efforts was drinks and snacks on Mark’s patio. Mark is lucky enough to live at the top end of the Piddle beat and was very kind providing tea and vittles. He has a massive tea pot. 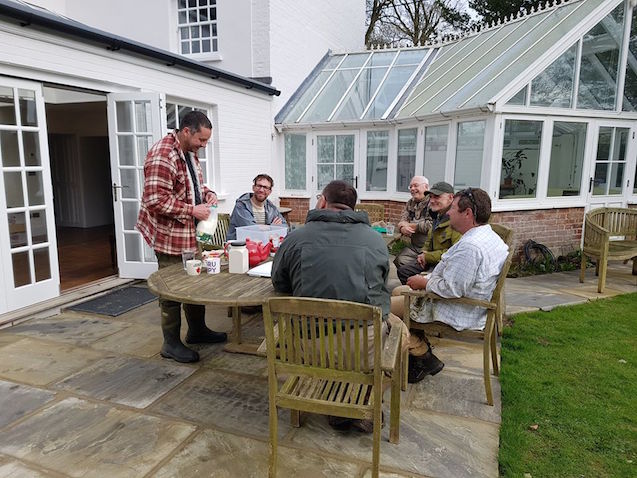 Tea on the patio

Afterwards we headed to the Watery Beat where the willows had grown out right across the stream. A haircut was required before we could hang up our tools for the day. 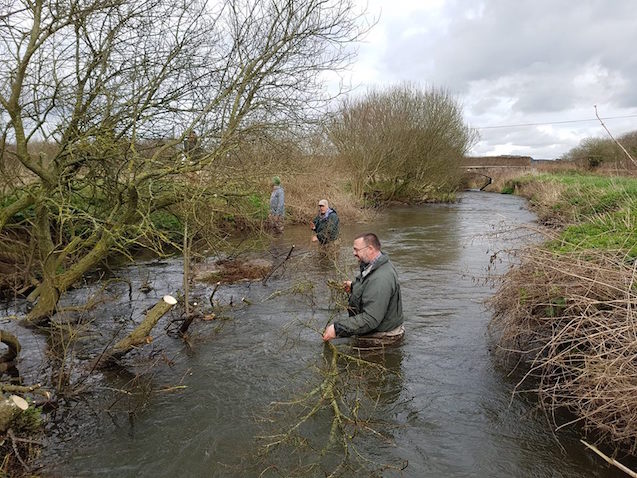 Trimming back the willows

John works so hard pulling everything together for the syndicate, negotiating new waters and putting together the beat maps, but sadly he hardly ever gets the chance to fish the beats. So, come the start of the season I insisted he join me for a few hours on the new beat on the Piddle. He didn’t need asking twice.

It was a lovely morning when we met up by the wrought iron gates, blue skies and light winds. The dry winter had left the Piddle low and clear and the mild weather meant the weed had hardly died back at all. It looked like mid-summer. We took it in turns to cast into the narrow runs between the ranunculus. Nothing was hatching or rising so we were searching the water in the hope of an overly enthusiastic trout. 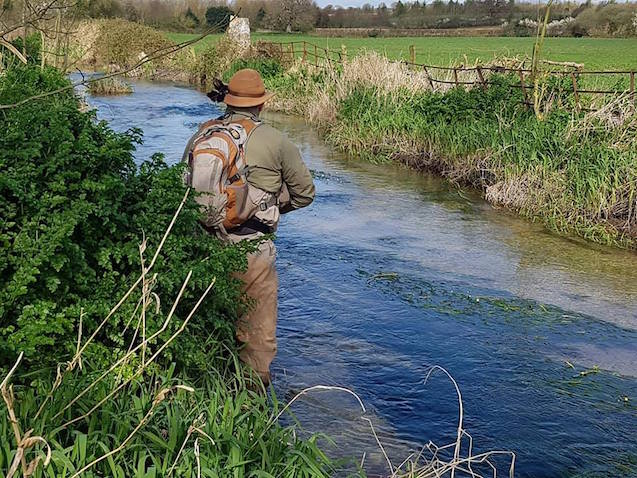 Just above a small weir the main flow pushed against our bank scouring a deeper run. It looked very promising. It was John’s turn and just as he was about to cast, a fish suddenly dropped back into view before turning into the current. John made the perfect cast and the fish took the fly first drift. John looked so happy with his fish and I was so pleased that it was John who caught the first fish of the season on this virgin beat. It seemed like just reward for his generosity. 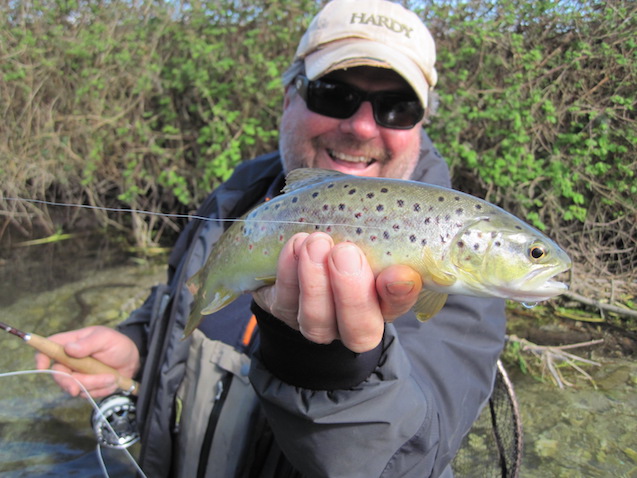 So three years in the Little Syndicate has grown in size, grown in numbers and grown in stature.  It has been a pleasure and an honour to be part of it. All thanks to the wonderful John Aplin. Thank you John.