The humble Atlantic mackerel is mainly sought after as a wonderful consumption fish or baitfish for fishermen fishing for shark and wreck fishermen. As a fly target the mackerel gets much less attention than it deserves. Jeroen Schoondergang thinks that is a pity. Mackerel can be targeted in different ways and it is no problem to tune your tackle down and go after them on trout gear.

Early July, location: Norway, somewhere on the arctic circle. Our annual saltwater fly fishing trip hadn’t produced the usual mayhem and we were wracking our brains and meticulously studying nautical and tidal charts to find a solution. In an act of despair I steer the boat into a narrow inlet towards a small fjord that we usually wouldn’t have given the time of day. The outgoing tide is running fast, turning the inlet into a maelstrom of swirls and eddies. “Let’s give it a couple of casts”, I suggest. 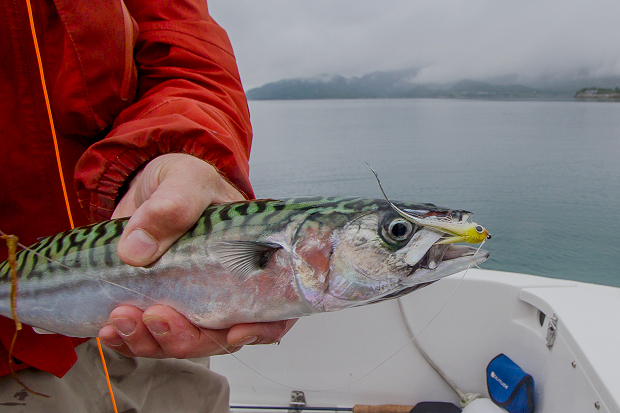 Sight fishing for fat mackerel with sliders, does it get any better than this?

While my fast sinking shooting head is piercing its way through the current, my deerhair slider is still bobbing around on the surface. And then… it’s gone. I start stripping and directly feel I am connected to something strong. My six weight makes a serious bend as I am trying to get my opponent away from the current. The fast tail movement on the end of my line reveals his identity. A fat mackerel appears on the surface, my slider nicely hooked in the upper jaw. 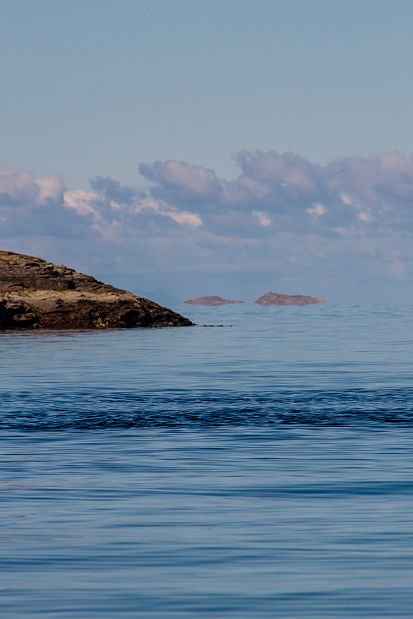 A school of mackerel ‘grazing’ for shrimps

That session became a life saver. We all brought small saltwater rods in aftma 4 to 6 sizes. These rods, combined with sinking shooting heads and all types of flies, gave us the time of our lives. Fat arctic mackerel were on the prowl and wherever we turned in the small fjord we found them. At one point we even got to target 1 to 2 kilo fish chasing baitfish in the shallows. Sight fishing for mackerel, does it get better than this?

Mackerel are an easy summer species to target when you want to get into saltwater fly fishing. They aren’t always around but when you find a school or a couple of fish, they will usually play. Getting their attention is only part of the deal. To hook mackerel consistently you should take a look at their diet. The Atlantic mackerel is a predator, but it mostly feeds on small shrimp-like animals, like krill. Their mouths are designed to ‘hit and run’ when they are targeting baitfish. But they are also well equipped to sieve out small organisms. This means that you should be well prepared, when wetting a fly for mackerel. 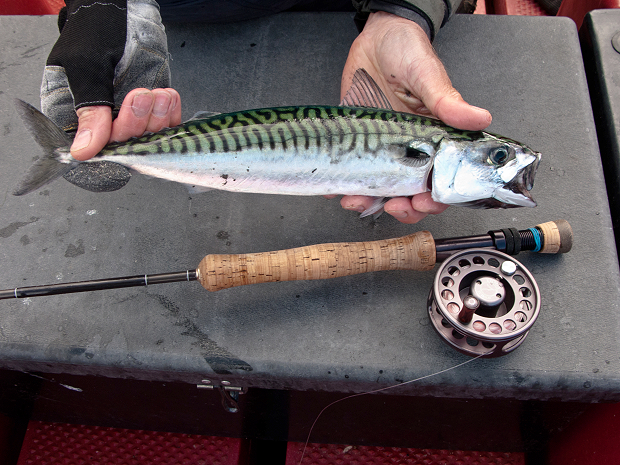 A scud nymph did the trick

Let’s look at a standard mackerel fly. Hook size: around 8 or 6 certainly does the trick. Tie your fly very thinly. Small baitfish patterns like the surf candy do very well. Most importantly, keep your fly short. Long tailed flies get hit by mackerel, but the hooking rate is disastrous. Mackerel are tail biters.

Mackerel is a light tackle fish. Forget about what you often hear about saltwater fly fishing. It isn’t always a game for anything heavier than a seven weight. There are moments that trout sized sticks will do the job better. Mackerel have relatively soft mouths with a lot of tissue which is prone to tearing, if you put too much force on it. A delicate fight will keep their mouths in one piece and the hook in. 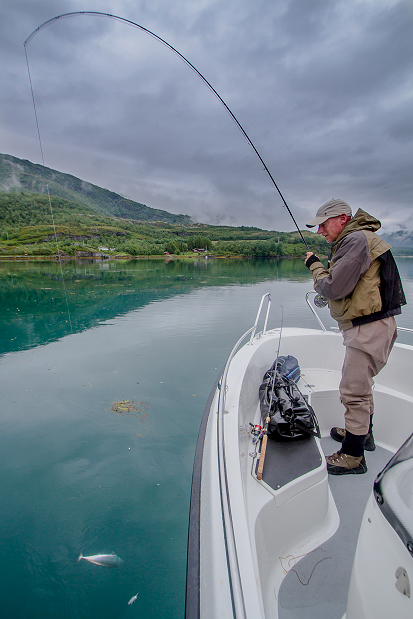 Erratic tail movements, that must be a mackerel

If I were to put together a special outfit for mackerel I’d probably go as light as a sturdy four weight, like the CTS Affinity X, paired with a nice little reel. Don’t bust your head over drags, you won’t really need it. The mid-section and butt of the rod will take care of most of the mayhem.

As for lines, go down! I use short shooting heads made by RIO T8 or the new Airflo Tungsten 7. A line of 20 to 25 feet with a mono shooting line (Berkley Big Game 30 lbs) will cast and fish well on the CTS #4. For exceptional moments, like fish chasing bait in the shallows, I love to use a slow intermediate like the Barrio GT90i. When fishing a light setup like this, I choose a relatively light tippet of around 6 lbs.

When I fish for mackerel with a baitfish pattern, I usually use a retrieve with short, erratic pulls and some sudden stops thrown in. But there are days that even the smallest baitfish will be overlooked. When mackerel are feeding on shrimps and other tiny crustaceans they aren’t impressed with a fish surf candy or bay anchovy. 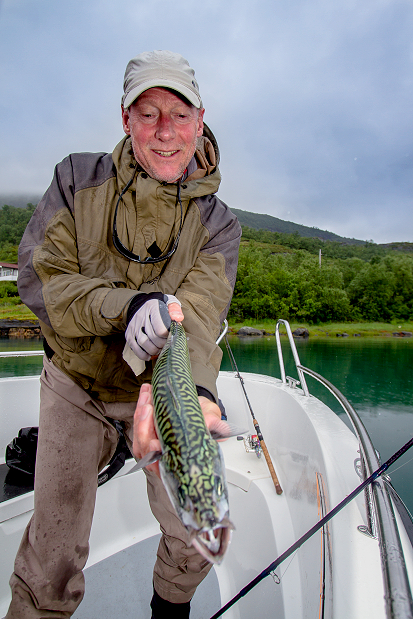 Broad shoulders show where the power comes from

For those moments I have a little box with scud nymphs. Such ‘grazing’ fish show themselves in a totally different way than a school of mackerel on the prowl for small fish. The latter splash, make noise and attract seabirds, while the shrimp eaters quietly move along making small dimples in the water. I have spent many a moment casting streamers at schools like that, only to find out that all my creative baitfish patterns were rejected. 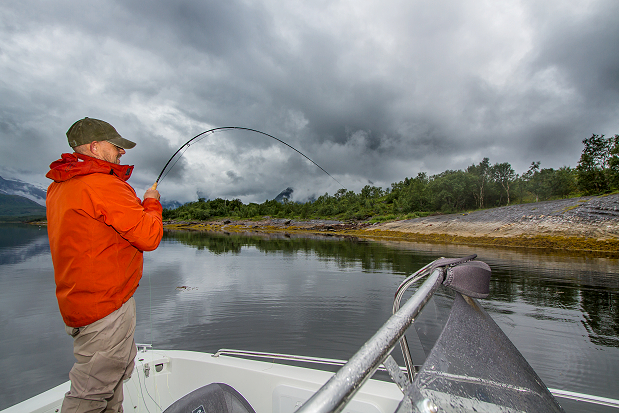 Putting a bend in the light mackerel outfit

During a shore session in Ireland, I found a trout box in my jacket. As a final attempt I tied on a weighted scud. While it sank in the middle of the nervous water it was scooped up by a greedy mackerel. From then on, I never looked back. I have seen these patches of grazing mackerel in three or four countries and each and every time the fish responded well to a well-placed scud. It might feel a bit weird to tie on a trout nymph while fishing on the salt, but it might well save your day’s fishing.