Pete Tyjas spends some time in one of the most amazing fly tying dens of his life!

Colin Nice has grown up in and around fly fishing. He is a well known face on the banks of the river Otter in Devon and travels the world in search of trout and salmon.

I popped over to his house during the winter as I had heard he had a fly tying room that you could only fully take in if you were actually standing in it and after an invite I was on my way. 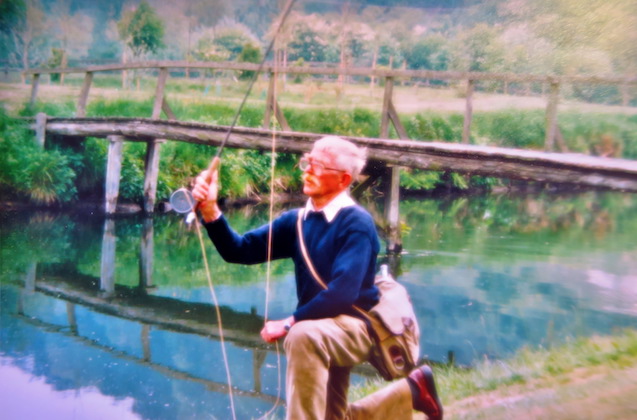 As I entered the room the rumours proved to be true. There was a desk in front of me that was loaded with materials for some serious production tying. Colin explained to me that he’d just dyed some wool and was in the process of tying a bunch of flies for a salmon trip in a few weeks' time. It looked like the fly of choice was going to be a Frances.

The rest of the room had pretty much floor to ceiling shelves that held large old ice cream containers filled with materials. 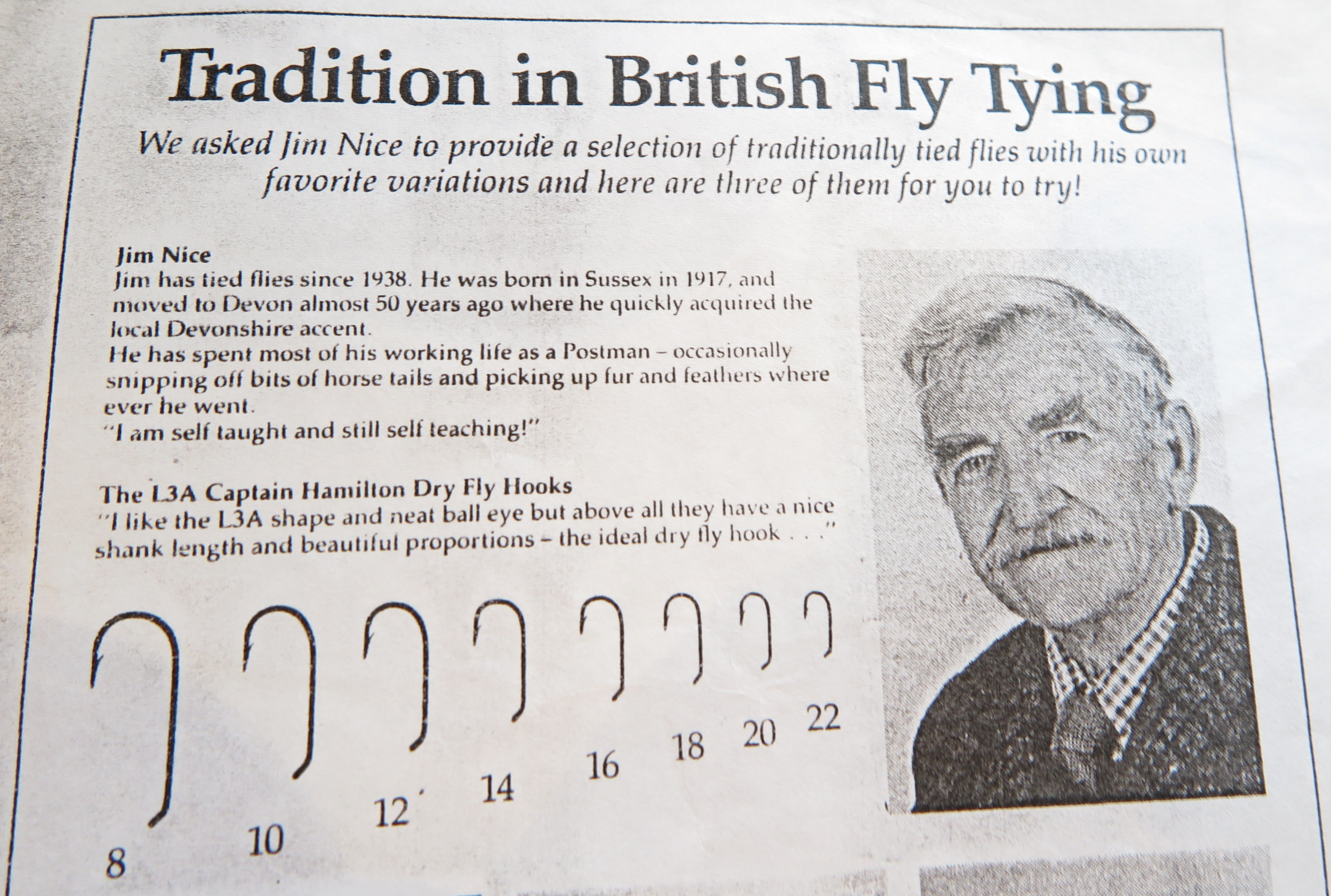 This must be the perfect up-cycle, you get to enjoy the ice cream and then use the packaging for your favourite pastime.

I tried quickly to count the containers but lost count, there must have been 50.

Colin reached up to the nearest container and lifted the lid. It was packed full of CDC. He showed me more that were similarly filled.

I think I’d just seen the motherlode of tying materials and quickly grabbed a container and opened it to see what was inside. This time pheasant tails.

We talked fishing while I opened more containers. 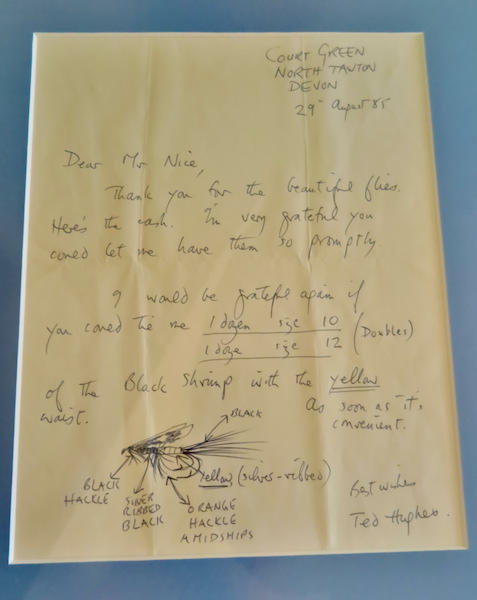 Part of the collection was built by Colin but a lot were from his  late father, Jim. Jim Nice also cast a fly on the Otter and developed a number of flies for fishing that river and countless others too.

His tying was known over the country and he was often at game fairs and country shows perched in front of a vice, tying flies and sharing his vast knowledge of fishing.

Colin showed me a letter from Ted Hughes outlining some flies he’d like tied by Jim that I hope were once used on my home river, the Taw. It included a detailed sketch outlining exactly how he’d like the flies dressed. It was framed and had a place on the wall where it hung with pride.

Colin lives in Sidmouth, Devon and the day was bright and we left his house to walk the river. He told me about the trips he would make with his father and the times they spent on the river together. It was hard not to imagine how it must have been as father and son took it in turns to cast a dry fly on the Otter.

One of Jim's flies was an olive pattern called the Constable that was of course developed with the Otter in mind but there is little doubt it would still weave its magic today. I for one will be tying some while I think about the amazing tying room I’d recently visited!