With some amazing catches and an expanding list of free resources, the number of anglers catching coarse fish on the fly has reached an unprecedented level. Dominic Garnett reveals the latest buzz from a growing movement.

Is it my imagination, or are things starting to shift in the world of angling? Whether it has been the fine start to the season, or a growing appetite for change, there is a certain happy madness taking hold. All of a sudden, so called “niche” methods such as ultralight lure and, yes, multi-species fly fishing are not just making inroads but finally breaking into the mainstream. 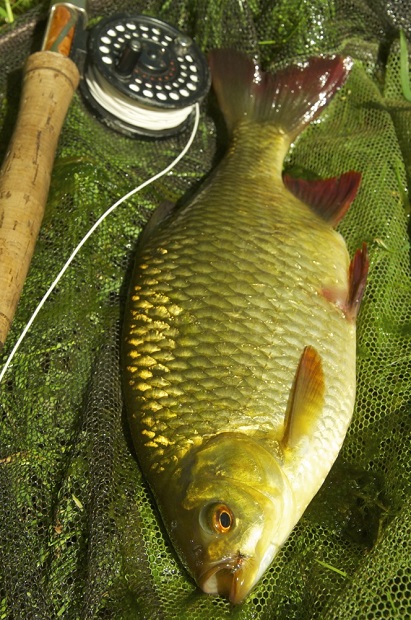 The angling world, just like any other, has a certain inbuilt resistant to change. But things can and do shift. Catching stocked carp or rainbow trout was once a new and strange concept, for example.

Admittedly, the task of getting the mainstream to accept fly fishing for coarse species has felt like my own special torture at times. It tends to start with rejection (“fly fishing” is still uttered like the name of a disease in some coarse angling circles, while traditional fly toffs would rather their sport retained an air of fussy exclusivity). Then, once you’ve successfully head-butted through a brick wall or two, come the daft questions. My favourite remains: “do you think readers will be surprised that coarse fish will accept flies?” (My answer: What do you think they were eating before people turned up with maggots and boilies?).

But after all is said and done, any method lives or dies by the number of people who get out there and do it. The response has been overwhelming to say the least. On the release of “Flyfishing for Coarse Fish” one editor warned me “don’t be too upset if it doesn’t sell. If you shift 1000 copies, that’s a result.” Fast forward to the present and the title, already well into a second print run, sold well over a thousand copies sold in May and early June this year alone. Not bad for a “niche” title?

If I was once written off as “eccentric” for throwing flies at chub, roach and even the odd zander or barbel, my mania is one now shared by many others. A few have done it for years, many more have started from scratch. Either way, momentum is building and what is truly brilliant is the pioneering spirit that goes with it. Anglers have been hatching their own fly patterns, discovering new possibilities and catching on waters where fly fishing was unheard of not so long ago. 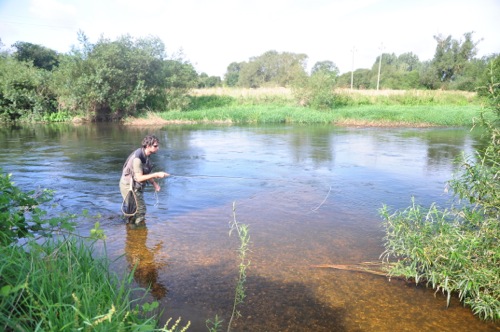 “Fly For Coarse” began as a competition to highlight the sheer variety of sport on offer and reward interesting catches. 2013 saw an amazing assortment of catches, from huge pike to oddballs like grass carp and even tench. By the halfway point in 2014, we’ve already had everything from carp on bloodworms, to nymph-caught bream and gudgeon. Predictable, prescriptive fishing this isn’t. It is about fun, freedom and creativity.

To my mind it embraces the better qualities of our individualistic, digital age: rather than slavishly copy others, there is a whole community with its own ideas. My book was just a stepping stone in essence: you’re totally free to do your own thing and be the star of your own show. Fancy catching dace and chub on a free stretch of urban river? How about a more thrilling, natural way of catching carp or barbel? Stuff the mainstream, go and try it yourself. It’s liberating, affordable and open to all. 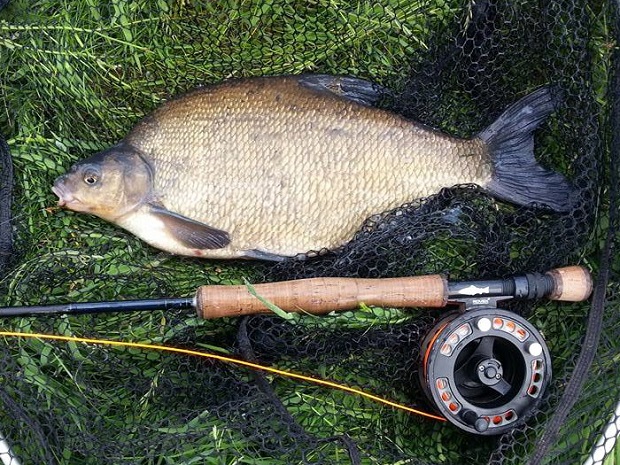 Any branch of angling demands some organization, however, and in spite of early success there were several areas lacking. A list of “fly friendly” coarse fisheries is one ongoing project (for just one example, check out the article in ESF issue 31 byNick Thomas); a first ever crack at a list of UK record coarse fish taken on the fly is another. The idea is to let these live and breathe on www.flyforcoarse.com and make them a community effort. On a wider scale, it’s a worthy goal to try and bring down barriers and state our case: whether it’s achieving a “win-win” situation between day ticket coarse fisheries and fly fishers, or showing the cynics just how successful the method can be. 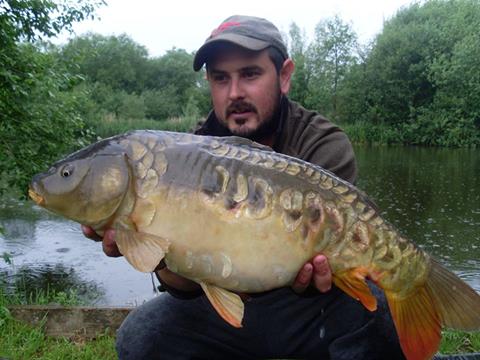 Another ongoing issue is that of fly patterns. Newcomers often don’t tie their own, and so the new range of “Flies for Coarse Fish” now produced by Turrall have got to be a good thing. Anglers who want to catch species roach, rudd, dace, chub and perch now have a tailor-made starting point, rather than trying to bluff it with trout flies. 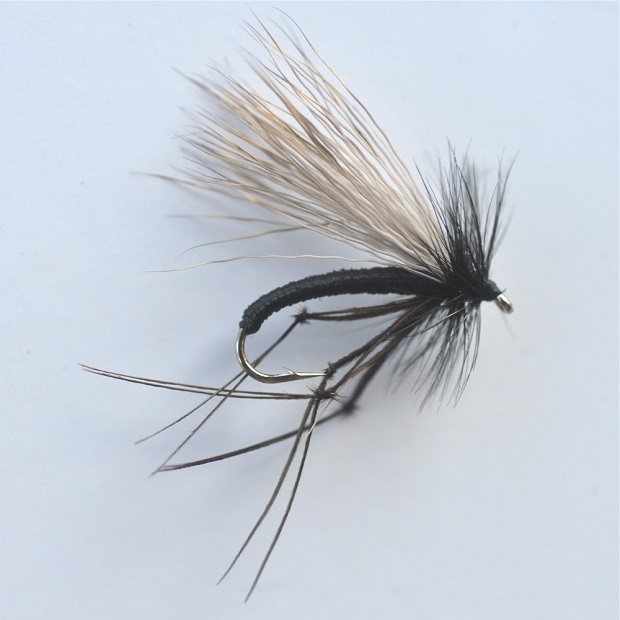 Equally though, it’s the hands on creativity that attracts others to the field and dreaming up new flies for a long list of species is hugely exciting. A database of step-by-step flies is therefore another long-term aim for the Fly For Coarse site, not to mention another part of the puzzle where the aim is not to be prescriptive but to get people sharing ideas and contributing. 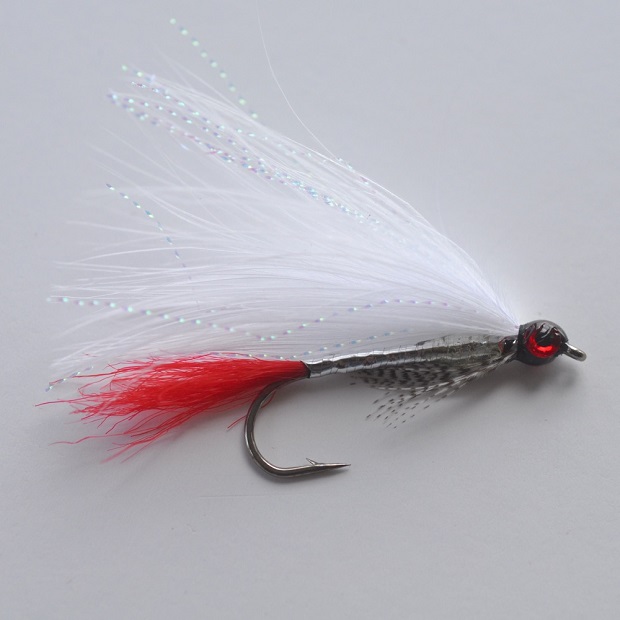 Where will all this lead? Hopefully as one more element of a fishing landscape where there are fewer boundaries, more possibilities and less snobbery. And let’s be honest, if we are to reverse the decline of fly fishing, the sport as a whole depends on such qualities.

Fly For Coarse is a competition and website dedicated to this growing branch of the sport. Visit www.flyforcoarse.com for a host of growing resources including catch galleries, fly patterns, recommended fisheries and the new record list.

You can also join the fun on the “Flyfishing For Coarse Fish” Facebook Group, where members share tips, fly patterns and news: https://www.facebook.com/groups/309669449154690/

Dominic Garnett is a West Country based fishing author and licensed coach specialising in guided trips for coarse species on the fly. His site contains further articles, photography, and the new range of Turrall “Flies for Coarse Fish”: www.dgfishing.co.uk