Allan Liddle looks at the Deveron and the trout fishing that can be enjoyed on the river.

There are so many places to fish in Scotland that would easily qualify for the ‘Often Overlooked’ category, many of them remote and wild requiring a fair degree of fitness and dexterity to reach, whilst many others are simply eclipsed by more famous neighbours.  Some may have fallen from favour; some sadly have never been ‘in vogue.’ 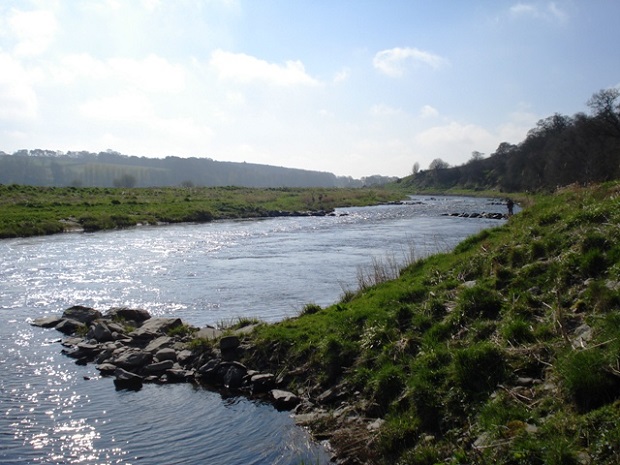 There will be plenty that anglers would argue about as to why their particular favourite or even a water they have a fondness for isn’t further up the ‘Fish before You Die’ listings and if you were to draw such a document up I’d bet that there would be a river capable of producing some of the finest trout fishing Scotland has to offer that would easily be ‘overlooked.’ 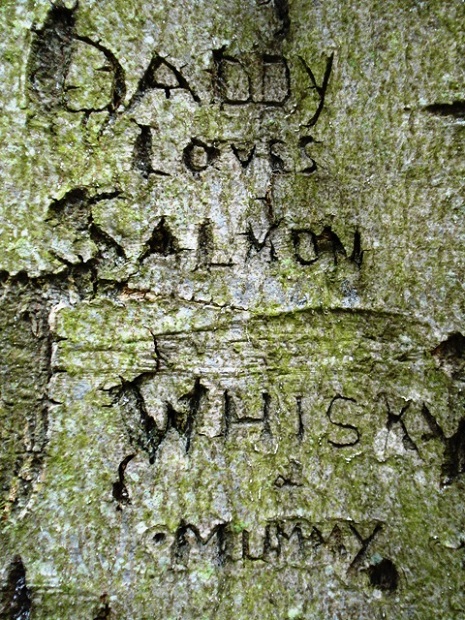 The Deveron, Scotland’s best kept secret, fifth best salmon water (with especially good back end returns), reasonable sea trout (although sadly stocks have certainly declined) and trout fishing to die for.  At a little over 56 miles long there’s plenty water to choose from, all the way from its source in the Ladder Hills above the Cabrach, Dufftown and Rhynie, through to its mouth at Banff where it spills into the Moray Firth.

Highland in character in the upper reaches as it tumbles its way towards Huntly, the Deveron then changes in character (and slows a little) as it joins up with its main tributaries The Bogie (at Huntly), and the Isla (just a little below) and with the gathering of both these it certainly gains a little in size.  Still not what you would regard as a big river though it continues to meander through the ‘soft’ arable countryside of Banffshire towards its date with the North Sea.

Given its location surrounded by more prestigious and dare I say it, more fashionable neighbours such as The Don (world renowned trout water), Dee and Spey (world famous salmon waters), with the Ness, North and South Esks, Tummel and Tay guarding the approaches, it’s fairly easy to see why this may be the case.  But when you consider the returns this water regularly produces for what is considered much lighter ‘rod pressure’ I’m still amazed at how relatively easy it is to get access, although this certainly gets a bit harder as you run through July and August towards the ‘back end’ when sea trout and then salmon runs hit their respective ‘heights.’ 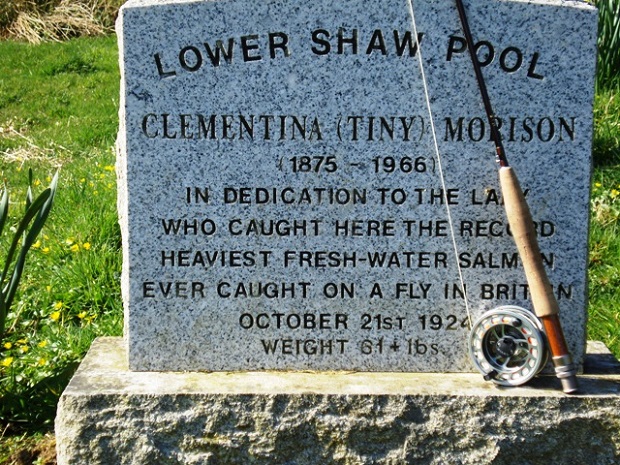 That said the Deveron isn’t without a prestigious place in Scottish angling tradition and heritage dating way back to 21st October 1921 when Miss Clementina ‘Tiny’ Morrison caught the UK’s largest fly caught salmon at Lower Shaws Mountblairy just downstream of Turriff, which would have undoubtedly been bigger had it not lain for in excess of twenty hours before being weighed.

Nowadays the size might be a little more modest, but double figure fish are still landed each year, and with an average of 3000 fish recorded annually there’s good reason for the angler to fish with confidence. 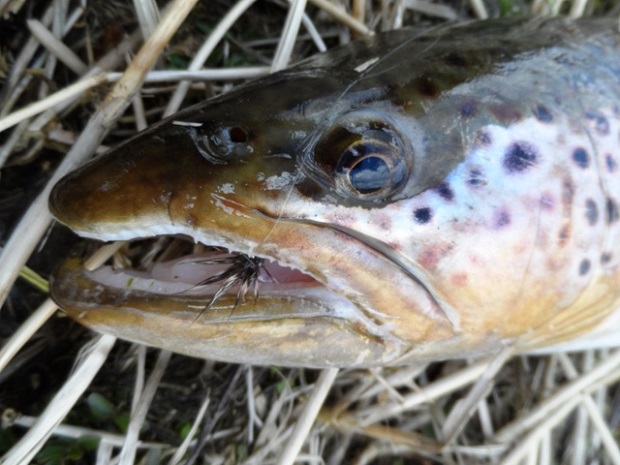 All that salmon fishing heritage and opportunity’s all well and good, but as you all may well have noticed, I’m a dyed in the wool trout fanatic and this water is one that doesn’t often disappoint in that regard. 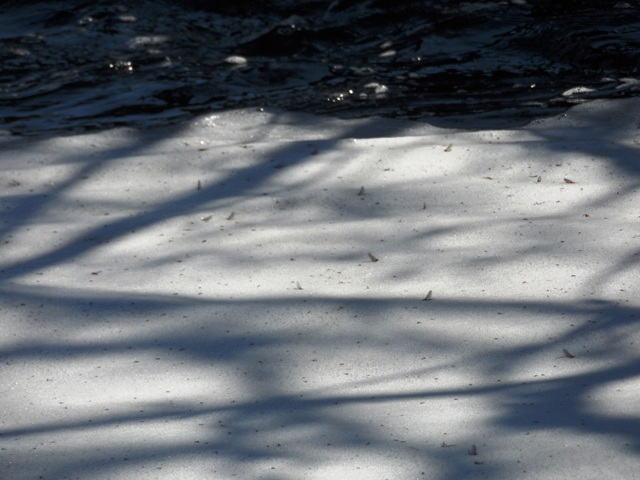 From an early age during my ‘Angling Apprenticeship’ I had this picture of a water full of free rising trout, a picture planted firmly in a young anglers mind by the older generation of the Roslin British Legion Angling Section where a young, then slim and full of red hair impressionable angler first started out on his ‘Great Piscatorial Journey.’  Now these guys, never prone to a bit of anglers exaggeration you understand, described a river where even I would manage to fool a few being as I was then used to the difficult days of the Clyde and Tweed (well difficult to my limited experience and angling prowess) so the thought of fishing a river where I could hope to catch ‘a basket’ left more than a little desire to try it out for myself.

Fast forward a few years and one driving licence later amazingly I found myself located in Moray, neighbouring county to the home of the hallowed Deveron, in fact it forms, or runs very close to the boundary between Moray and it’s home of Banffshire.  Anyway, even more amazingly it was a long time before I actually got around to fishing this water, my excuse was by that time I was more a loch angler than a running water one, happier to head west than a short jaunt eastwards, something I’ve wondered about since but never regretted given the quality of angling and amazing experiences of the places I’ve visited.  But eventually the river said ‘found me at last,’ and a new era in my fishing life was born. 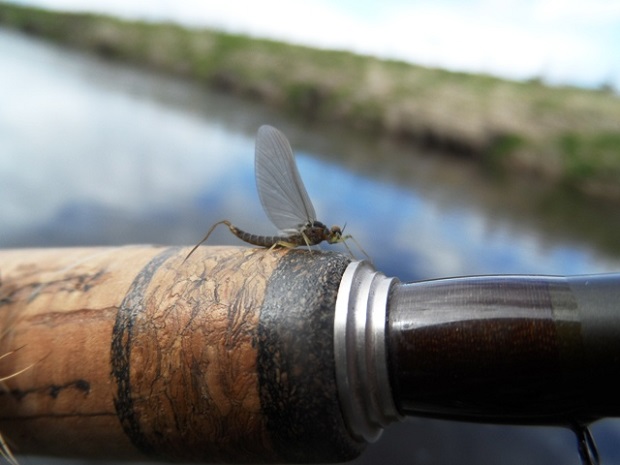 With a good mix of water on hand, you’ll be able to indulge in a good mix of fishing techniques and fish are keen to respond to them all given the right conditions etc., however for me there’s nothing finer than searching out and stalking rising fish with the dries, especially when these fish can reach ‘trophy’ size, or ‘Rod Benders’ as I like to call them. 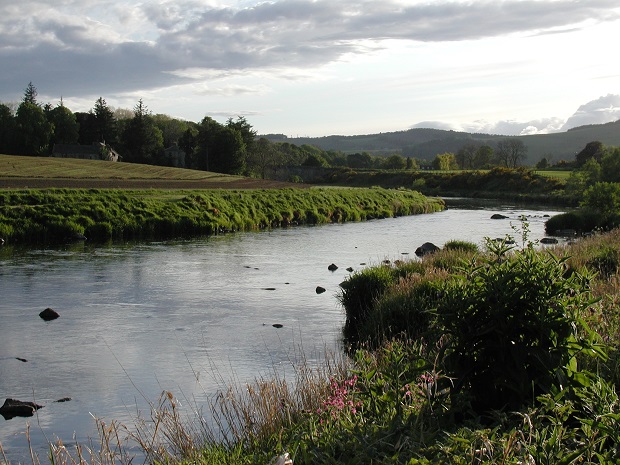 See there’s nothing gets the pulse racing and adrenalin flowing better than the sight of a big trout picking off upwings, that said the sight of any fish doing this is what most anglers long for, I know I do.  So despite my success with spiders, nymphs (fished French as well as Czech styles) on the Deveron I’d much rather wander up and down in search of the welcome sight of a surface feeder, the bigger the better.  Sometimes I’ve hardly cast all day, others, well that’s when the angling gods smile and it all comes together. Doesn’t always happen but the chance of it is what drives us on. 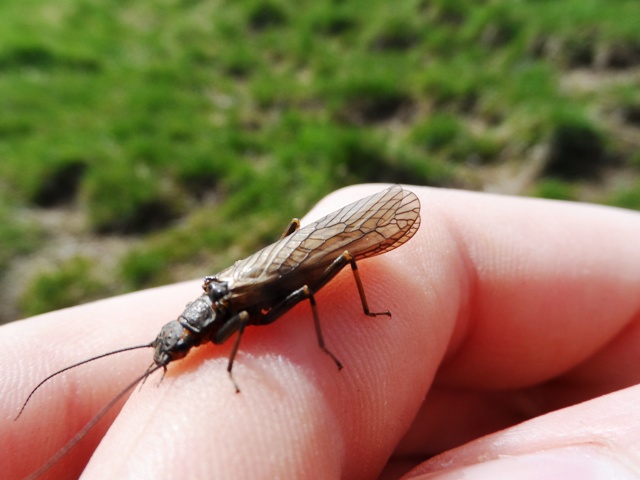 Deveron fish have plenty to help them gain the weight as well with a vast larder to choose from, Caddis are plentiful with good numbers of Baetis, Heptagenid and Chironomid nymphs, along with some shrimp and obviously smaller fish.

LDO’s and Olive Uprights along with the majestic March browns tend to kick the real trout interest off, with Grannom and Black Gnats and midge following close behind, before BWO’s form the bigger part of the larder just after.

Sedges take over through the summer evenings (not exclusively but generally the food source that attracts the most trout attention), before the olives start to gain favour again as you progress through September.  Heather beetle can score well in the upland areas early season (late April, through May and early June) with Heather fly in August.  Don’t forget the Cow Dung flies as well, there’s always cows or sheep close around in these parts.

Strange thing though when you talk of ‘Trophy Trout’ as it kind of begs the question ‘What is a Trophy?’  Well not to get too bogged down on what is undoubtedly an article in itself (one I’ve got tucked on the ‘back burner’ for later) a ‘Trophy Trout’ to me is one of those that would be labelled legendary in the past, you know the fish everyone remembers.  For me three pound is the magical figure, with NF, or Notable Fish the label I give fish from two to three, and good fish one to two.  Three pounds, don’t guess either, a wee set of digital scales are cheap as chips nowadays, and a digital camera mandatory. I’ve strayed away from saying ‘Fish of a lifetime,’ because I believe that nowadays thankfully, most anglers are better educated and are keen to return their big fish.  The attitude of ‘They’re all cannibalistic vermin’ sadly still exists in some camps especially where migratory fish are ‘king’, but hopefully this outdated and dangerous attitude is in decline, reserved back to the days of old when all good fish, migratory or resident, were greeted with a swift crack on the head.  No guys these fish truly are far too valuable to be caught only once. 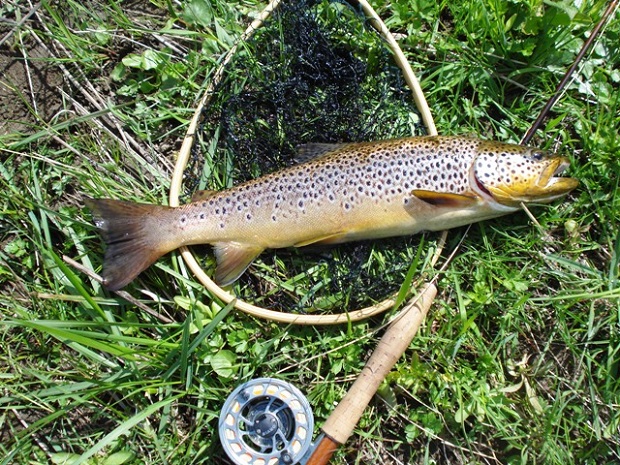 So there you have it, a brief introduction to an angling secret, one to add to your ‘places to fish’ list, one where I’ve purposely not described in detail the beats or methods required, because now you know the water’s there, and now you’ve had a taster at what it can produce, the rest of the fun is in the experience and learning of fishing it for yourself.

For me there’s a simple choice for searching out the surface feeding fish, or when I need to drop below the surface so I’ll list three simple to tie but excellent patterns, the first two of which I will always be indebted to that great angler and cracking guy to boot Bob Wyatt for: 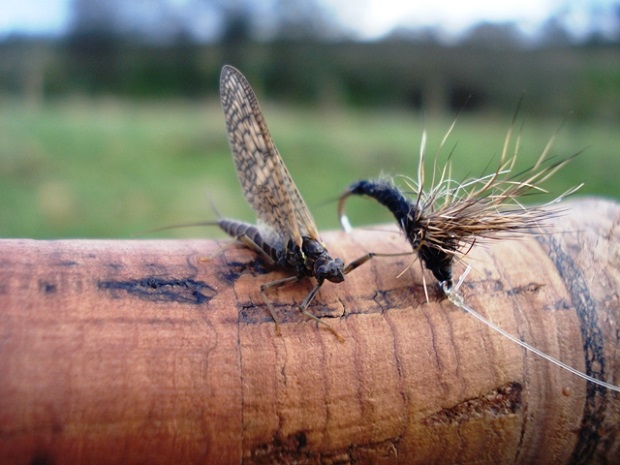 Body; Rabbit and hares ear mix (colour of choice but for me medium olive or natural hares ear best)

Deadly dry fly especially when LDO’s, Olive Uprights or March browns are on the menu, however smaller sizes are equally trout attractive thanks to the simplicity, general impressionistic and ‘vulnerable’ / ‘easy meal’ appearance.  Bob swears by natural hare’s ear and rightly so, however I equally favour olive coloured DHE’s.

Body; Rabbit and hares ear mix (colour of choice but for me medium olive or natural hares ear best)

Thorax; As per body

Clipped below hence Bob’s ‘Dirty’ name tag again a simple fly but with the omission of the deer hair wing makes tying smaller sizes much easier and allows you to tie a slimmer fly.  Good spider pattern as well and a black version brilliant ‘emerging buzzer’ dry for both rivers as well as lochs.

Nothing fancy or new about this bog standard weighted nymph, simple to tie and effective.  Good to get the flies down on the tail of a team, not too bad pitched into likely looking holes either. 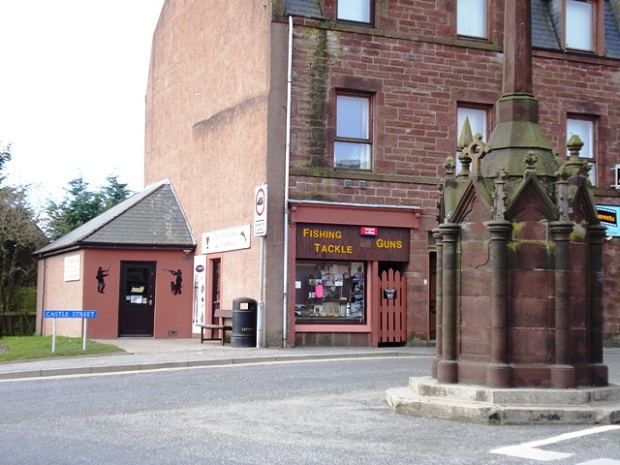 Deveron has a couple of permit outlets with the easiest via Frank Henderson at Turriff Tackle and Trophies. Frank as an in-depth and vast knowledge of the river in all its moods and can offer real guidance on where to go and what to use.

For a full history of the water and further general guidance you might like to visit the Deveron, Bogie and Isla Charitable trust website www.deveron.co.uk where you will find more than I can give you in a short article as well as regularly updated information or catches, water heights (SEPA) and digital camera live footage (Farson Digital Watercams)