A short while ago I was talking with Warren and Jim about flies and dry flies came up as a subject. The comment that as we were WELL into April and had seen very little fly at all on the rivers and still-waters so we were all relying on nymphs of one sort or another. We all agreed that it was a bit “Loopy” which is where this month’s fly came from.

Well more of a style of fly really. I had shown the guys a couple of different things one of which was a parachute style fly.
A few years back I read a book by Ian Mouter titled “Tying Flies the Paraloop Way”. Since then I have tied up a lot of patterns with the paraloop wing or hackle and as with most flies some days the fish really do like the way the fly’s fish. As with the standard parachute fly these sit nicely in the water but to me, and the fish, have a spark that really works. And they are really robust too.
So how do I tie them? Well we may as well show you a pattern that does the business at this time of year namely a Mayfly pattern.

I tie it with a longish spinner style tail using moose mane hair. Recently I came across a really nice bleached moose mane from Funky Fly-tying. Having used it in a couple of flies I think it has just the right colour for my fly and has lost none of the inherent properties of un-bleached fur. Bleaching can make fur brittle but this is not at all and is going to be getting a lot of work. I will let you know how we get on through the summer.

Hook: I use three styles dependant on how I want the fly to sit. They are: 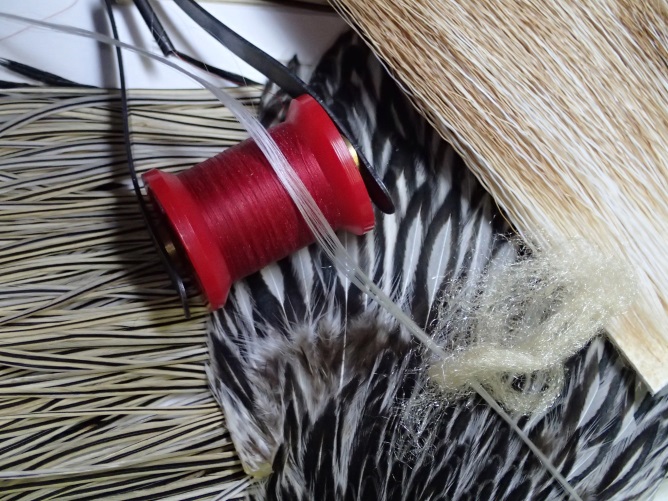 The steps for tying the back end of the fly up to the post and hackle are about as standard as you can get so I will just pop in a few photos as reminders really. Here you go. 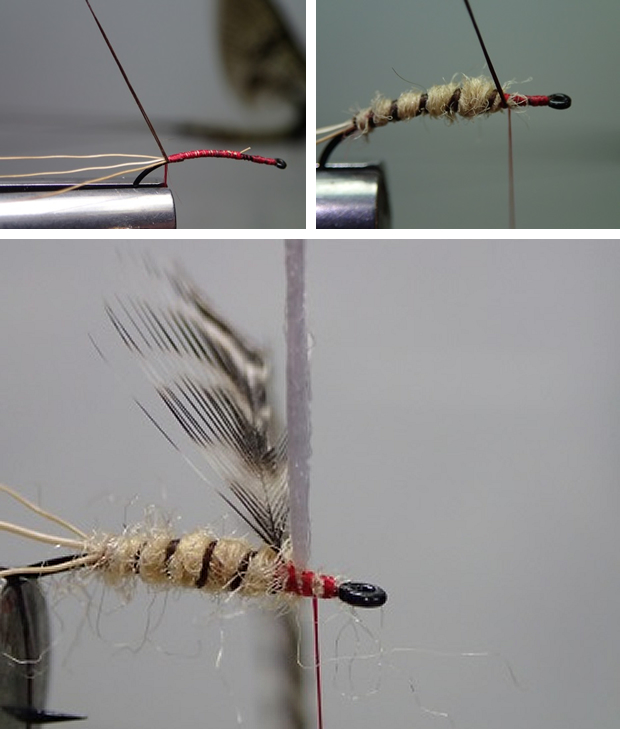 Now the fun bit. The next photo shows what types of materials I use and the tools Ian Mouter suggests. I have to say I don’t use them but have put them in for you to try. 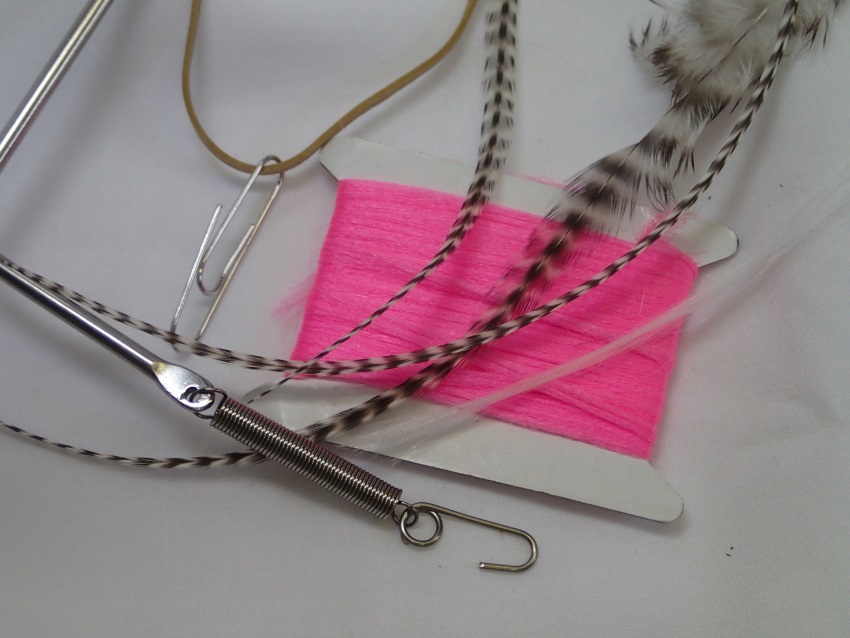 The materials as I said are fairly standard. I put the pink polyprop yarn in so you can see other bits like the white antron. The tools Ian suggests are the parachute gallows tool and one he calls a neck breaker. With the modern genetic hackle and its length I find I do not need to use a gallows tool.

Having tied in the hackle and post material the next thing to do is wind the hackle up the post four or five times. 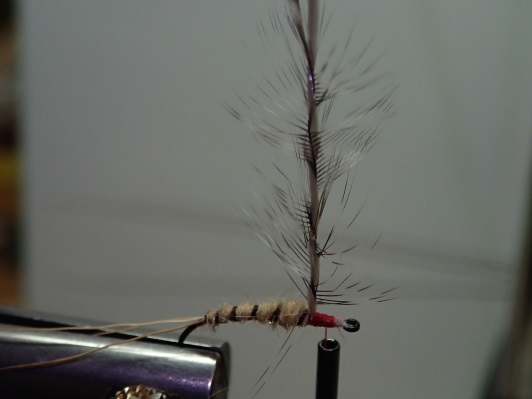 And then back down the post four or five times. 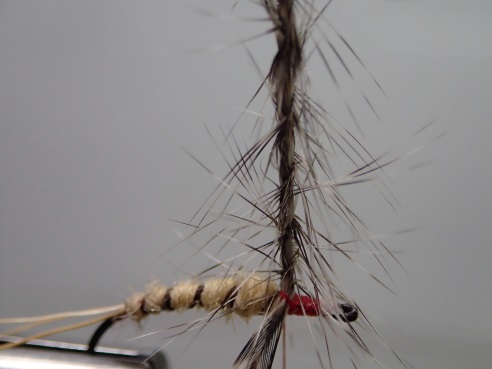 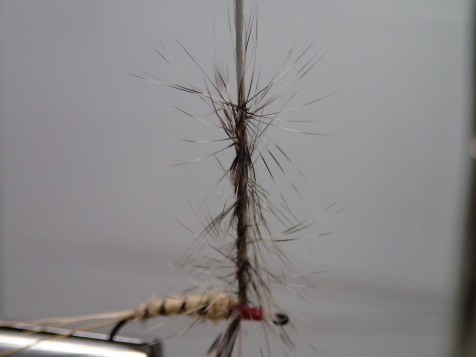 I tie off the hackle so it’s pointing back to the tail of the fly. This is so there are no fibres likely to get in the way of the eye of the hook.

Now this is where the Neck Breaker tool comes in. It’s basically a paper clip and elastic band. It hooks the clip through the loop of the post and holds it out of the way. 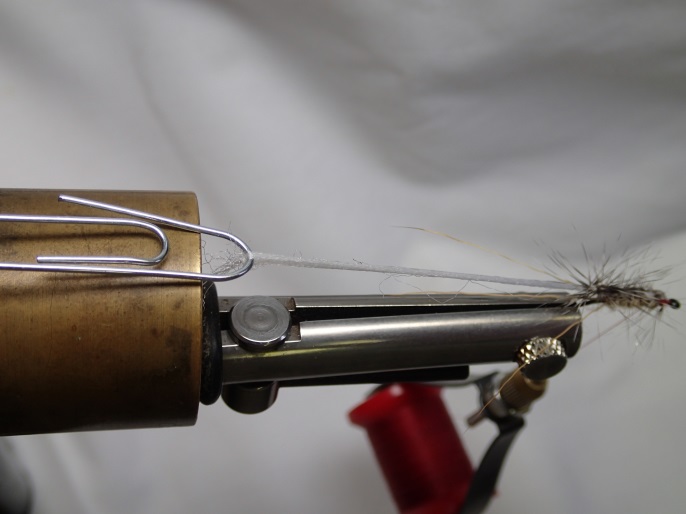 If I was putting in a pair of hackle points as a wing I would tie them in now. I have left the manouver out of this fly to give an easier sight of the next stage.

Now dub the thorax as normal. 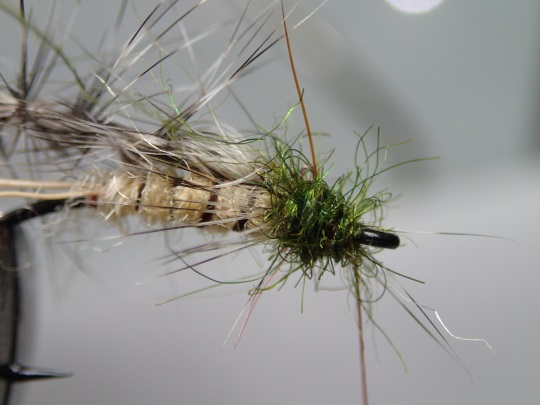 So up to now we have created the tail, abdomen, ribbed the abdomen and tied in the post as normal. Then we ran the hackle up and down the post and then created the thorax area. The next thing to do is create the wing or the finished paraloop.

To do that we will split the post fibres and separate them. This will force the hackle fibres to slide down the post creating a ball of hackle fibre. 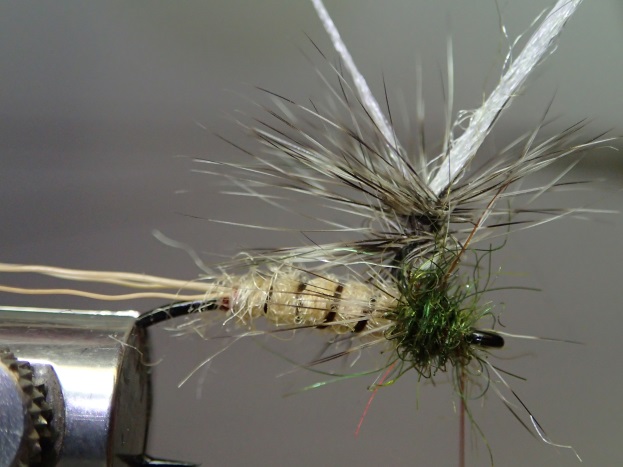 The next stage is to wipe the fibres back to one side of the post. That is toward the tail of the fly. Then bring the post materials over the thorax to the eye and tie of with two loose turns of thread. 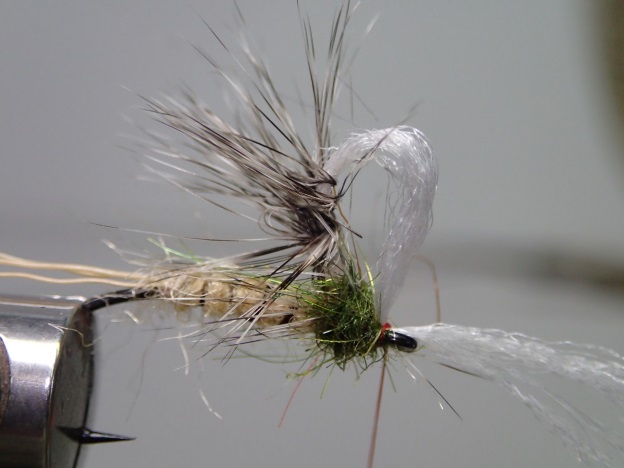 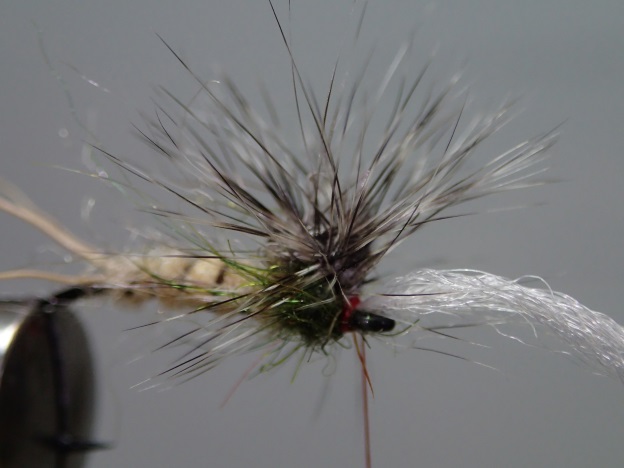 Trim the waste and whip finish the fly. Job done.

Ian Mouter ties this style of fly in various ways but this s what he calls his basic paraloop. There are several other ways of doing it to give the impression of the fly in various stages of the emergence. However you tie them it’s a great method and different styles of fly can be tied even using dubbing loops to create the “hackle” as I have done with the cdc Tupps below. I have also done a Bibio using the method which works well.

Whichever way you try it enjoy your tying and fishing.
Tight lines