In recent years Bosnia and Herzegovina became attractive fly fishing destination. Some of the most beautiful rivers in the Europe remained undiscovered until recently because of the war that happened there during 1990-s. However, the situation is stabilized now and with good management on their most famous rivers, the fishing is probably better than it ever was. The most attention was given to the river Ribnik, which can rightfully be called “the jewel in the Bosnian fly fishing crown.” (http://www.ribnikflyfish.com/RIBNIK/home,1.html?sLang=en) Two other rivers: the Sana and the Pliva are also first class fly fishing destinations, and interestingly, it was G.E.M. Skues who discovered their beauty in 1897. 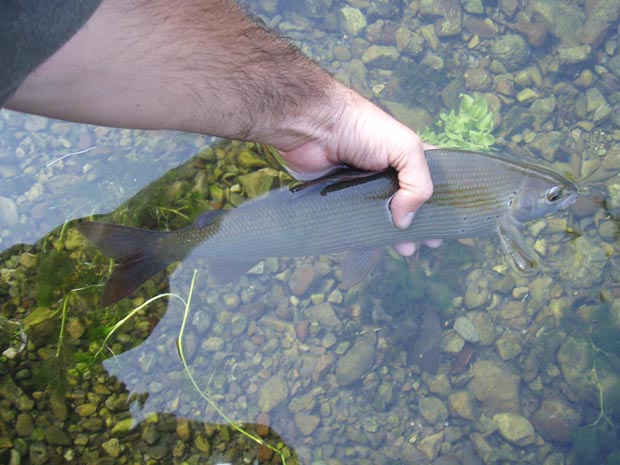 There are many other well kept rivers in the west Bosnian region, all available for fly fishing and quite rich with trout and grayling. One of them is the Sanica, a tributary of the Sana in the area close to the city of Ključ. This is slowly flowing spring-fed limestone river with grayling as the most numerous fish species. Its best part for fishing flows through a quiet valley tucked between big mountain ranges, meandering among rolling pastures in the village of Gornja Sanica (about 15 km from Ključ). That part of the river is regulated as catch and release section and is controlled by the Ključ Fishing Club (http://www.srdkljuc.com.ba/). Fishing is not easy, but not hard either. In the crystal clear waters of the Sanica there are plenty of grayling, from average to trophy size. 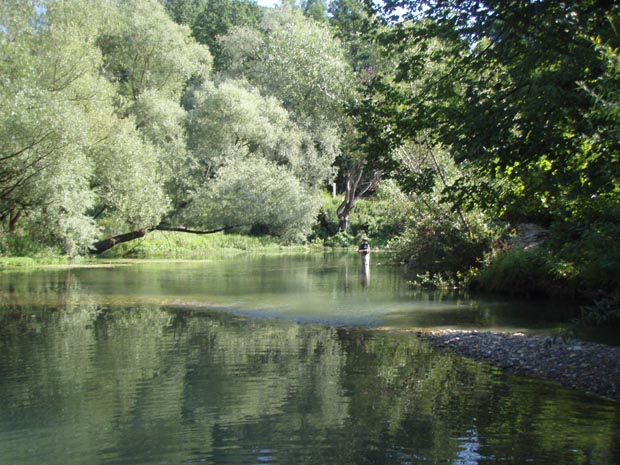 The water is very rich in insects and good hatches are occurring almost every day. The speciality of Bosnia and the Balkan area is the abundance of Blue Winged Olives. There are five recorded species of BWO (members of Ephemerella family), which look almost identical and live in the same rivers, with variations only in their size. They are hatching almost every day during the summer and autumn. If the fish is not active on the surface, the good choice would be Pheasant’s Tail Nymph (size 16- 20), and when they do feed on the surface various CDC imitations of BWO in sizes from 16 to 24 are successful. For those who do not tie their own flies there are numerous Bosnian tiers who can supply the needed imitations. Bosnia has a very rich history and practice of traditional fly fishing. Unfortunately very little was written about it, and one of the rare authors who mentioned it was Skues in his story “Turco as a Fly Fisher” (published in his book Side-Lines, Side-Lights & Reflections, 1932). He described a great hospitality that he encountered in every Bosnian place he visited, and this has not changed in the meantime. Visiting fly fisher is treated with respect and kindness that is hard to find anywhere. 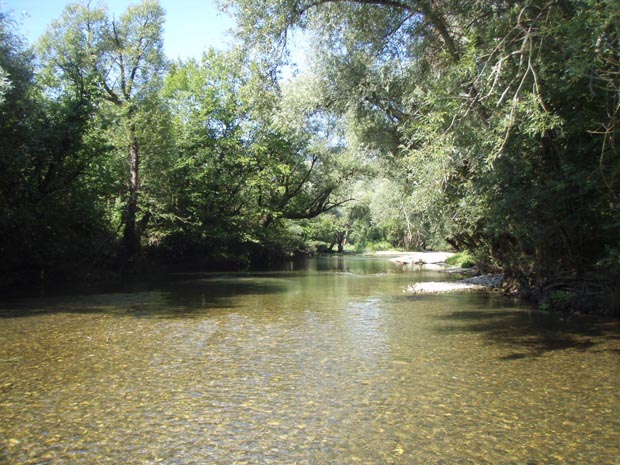 The favourite place to stay in Gornja Sanica is called “Oaza Mira Sanica” (meaning “peaceful oasis”) (http://bhecotourism.com/eco-center-sanica-peace-oasis/) kept by Mr. Jadranko Zolak and his wife Azamira. It is an excellent resort on a walking distance from the Sanica, with fine locally produced food and every commodity that a fly fisher may need, including the swimming pool. If you need guiding services and flies for that area, you cannot do better than contact Ado Jeginović, first class local expert on fly fishing and fly tying (http://flyfishing-bosnia.com/).

Aside from the Sanica, Ključ Fishing Club has a very interesting piece of C&R fishing on the Sana, just downstream from the city. It is called “Zmajevac” and especially interesting because if offers unique opportunity to fish for hutchen with a fly. This big salmonid is very attractive and mostly lives in rivers far too big for fly fishing. However, in that place the river is not too big and the population of huchen sufficiently large for fine fly fishing with streamers (similar to those used for pike fishing).

Huchen fishing requires fly tackle in the 8-9 class, while trout and grayling are usually fished with lighter tackle (3-5 class). Trout season starts from March, grayling from June while best time for huchen in the winter. 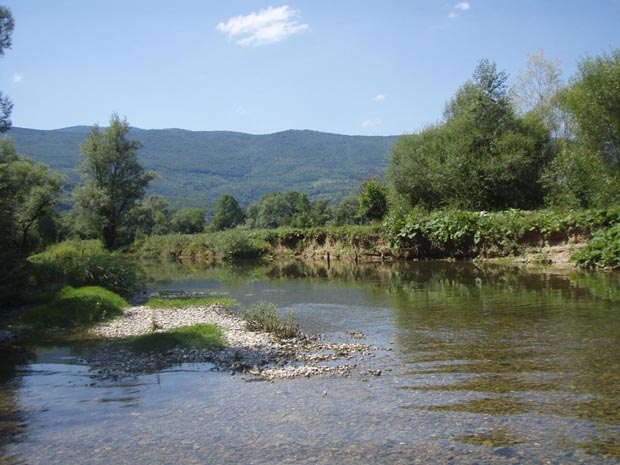 The area can be easily approached by plane (closest airport is Zagreb in Croatia) or by road. It is not far from most places in Europe and what is most important – it is perfectly safe. Although there was a war not long ago, today the people are looking into the future, and they see that they have a fine opportunity in fly fishing tourism. The nature was very generous, while the people are doing their best to provide all else that is needed.