Lee Cummings is organising and hosting the 5th Fly Casting Championships in August. He tells us about the process and the work involved

The 5th Fly Casting World Championships which is scheduled to take place at Port Haverigg Marina Village in Cumbria on August 17th – 19th 2018, could be, according to some, the largest fly casting competition in living memory. One hundred and twenty-three casters from across twenty nations are set to come together to battle for Gold, Silver and Bronze medals in six different fly casting disciplines, five of which are distance events and one in accuracy. For the first time, these championships have introduced veteran’s classes for both men and women, opening up more opportunities for more people to compete. 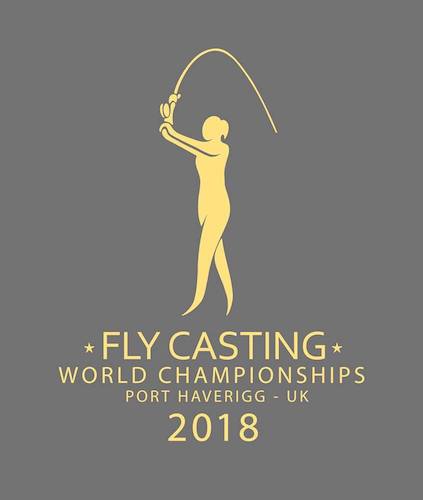 As I write, the amount of hire fleet at Port Haverigg are currently being doubled to accommodate the competition and the casting event areas are being finalised. Mr Alfie Best who owns Port Haverigg under Wyldecrest Parks is instrumental in supporting what needs to be done to make this championship a success. Looking at the list of casters booked in I see names like Steve Rajeff, multiple times multiple disipline world champion from the USA. Gerrard Downey from Ireland who holds the current 18ft Spey casting world record. Maxine McOrmick, a 15 year old defending female world champion again from the USA. Tellis Katsogianos from Sweden, defending world champion in 18ft Spey. Geir Hansen, current world record holder, whilst wading with a 15ft rod produced a 61.5 metre Spey cast, along with fellow Norsemen Jarle Strandberg, Vidar Ness, Tommy Aarkvisla, Eirik Hernes Larsen and Mikael Blomberg, this is truly shaping up to be the big fight ! 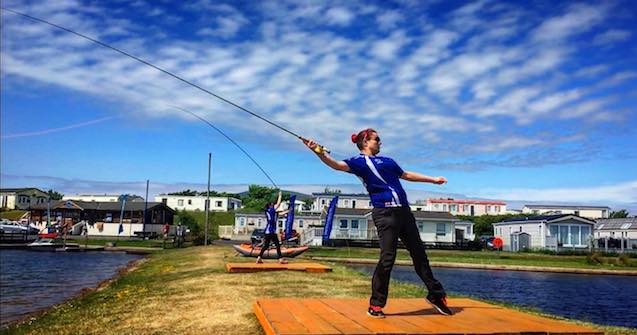 Here in the UK during autumn and winter we hosted no less than 20 qualifying events, held every ten days for seven months and we were proud to draw the attention of 24 of the UK’s finest competition casters including James Chalmers, Steven Pugh, Andrew Toft, and two sixteen year old lads, Blaine Lyon and Jordan Grant, who came right out of the blue and ranked highly when qualification closed.

The UK ladies team is strong with Lisa Isles, Marina Gibson and 2016 trout distance medallist Tracy Thomas enlisting to qualify, alongside the current UK record holder in salmon distance, Angela Cummings and we have Ally Bremner further shoring up the Spey events along with Joe Heyes and Sue Madle. Looking back, we were very prudent to elect to host a three-day championship instead of the regular two day event. I don’t know if it’s the way the sport might again be growing and each championships could get bigger, I certainly hope so. 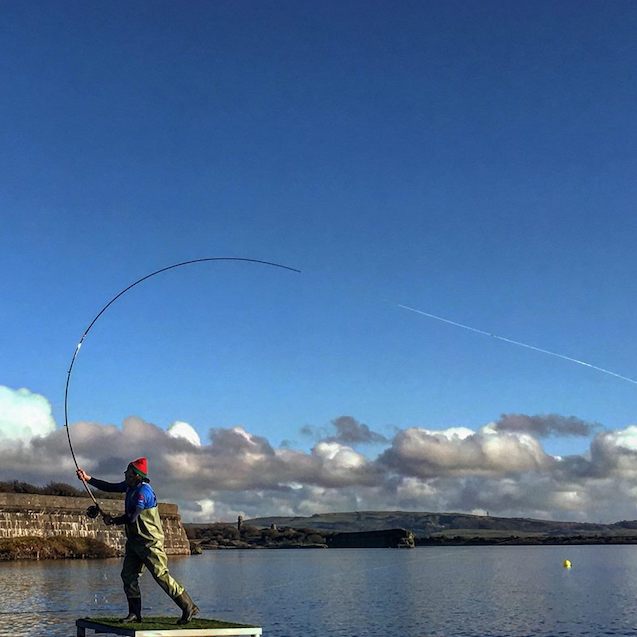 One thing for certain,  we should all have plenty of time and space to practice and spend time catching up with people we haven’t seen in a few years. Bringing the large competition casting community all together on a venue where the air flow could finally be steady and free for everyone was the original vision, that’s where Port Haverigg comes into its own and I sincerely hope the venue will be remembered as a casters' utopia once all the medals are finally handed out to the winners.

Keep up to date by clicking HERE