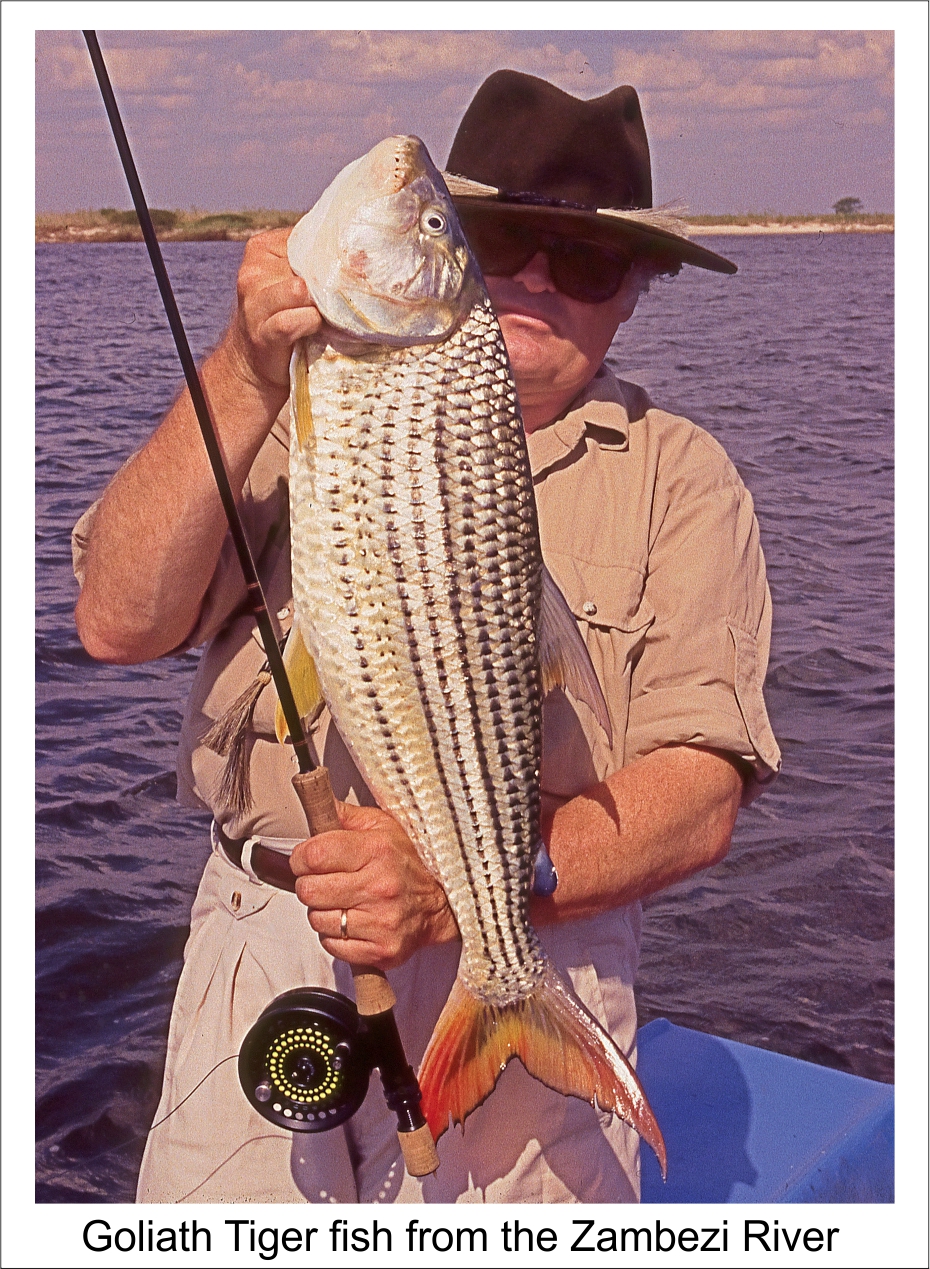 Very, very occasionally you get to meet somebody who is so completely interesting and engaging that to get to spend only a day with them, leaves you with the realisation that you would probably need a week or three to begin to scratch the surface of finding out more about their fishing life.

Darrel Martin is once such person, with a fishing career spanning over six decades and with as much fishing experience and knowledge that most people would find difficult to fit into two life-times, Darrel has lived fishing life to the maximum. As an elder statesman of US fly-fishing, Darrel has fished in more than twenty different countries, written numerous books and has been the innovator and maker of many items of fly-fishing and fly-tying equipment.

Here's an interview he did for ESF followed by a link to his biography that further elaborates on his amazing life.

Of all the sports and past times to participate in... Why fly fishing?

Fly fishing is a melding of science, art, literature and history dating from Claudius Aelianus (170-230 A.D.). There are also attractive reels, rods and patterns.  It is an activity that takes you to clear streams and lakes.  It allows travel and adventure as well as friendships.  Few field sports can match the depth and history of angling with a fly. You also compete with muscular, bright creature that can be returned with little or no harm. It is the best of hunting without the kill. A life can be consumed with fly tying, entomology, fly casting, and angling literature.  There are few sports that offer a lifetime of challenge. 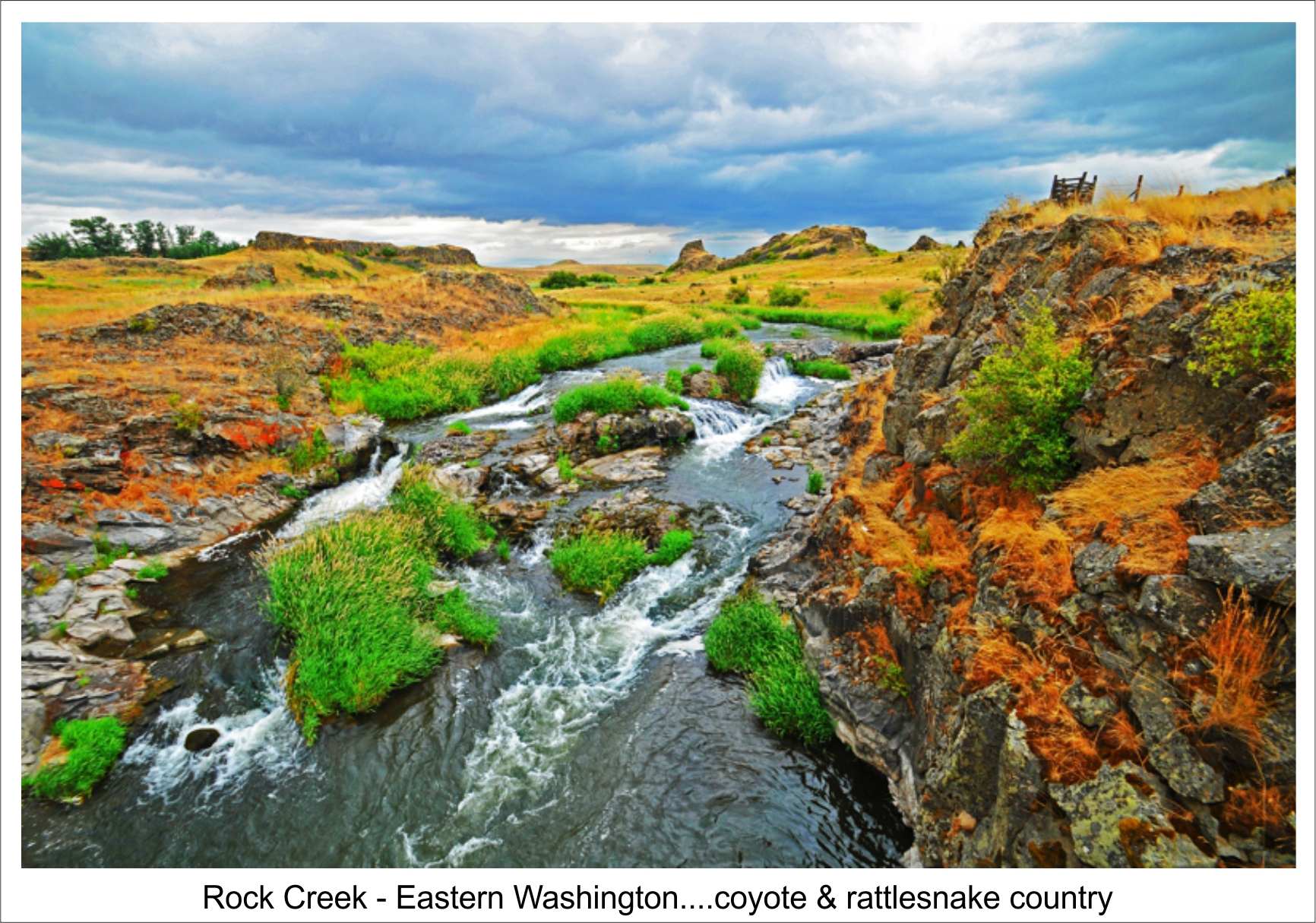 Fellow angler or not - Who has influenced you the most?

I have been most fortunate to have met and to have known so many important American and European anglers. There are too many to list; however, I will add the influence of the lyrical prose of the late Ernest Schwiebert (whom I had met several times) as well as my friend, Dave Whitlock, Taff Price, the late John Goddard, John Veniard and Donald Downs. I must also add some of those foxed pages of Robert Venables (one of our first brilliantly creative tyers), William Blacker (in his beautiful The Art of Fly Making), Frederic Halford, G. E. M. Skues, H. G. McClelland and countless others. All the antique angling books that I have read and all the talented anglers I have met around the world have influenced me in subtle or dramatic ways.  All true anglers share and seek to know.

Was becoming an instructor just a natural progression for you?

As an academic teacher (English and American Literature, College Writing and Western Philosophy) for 29 years, it was only natural that I would share my passion with people.  Teaching gave me an opportunity to tune my angling talents, to increase my own knowledge. I have done casting and tying classes through fly shops, community colleges and sport stores. Teaching can be as good as fishing.

Dead or alive, who would you most like to spend a day fishing with?

My best companion is my adult son, Michael Martin (who manages a fly fishing department).  He has a degree in biology and is an excellent casting teacher.  We often fish the Western desert spring creeks together for Rainbows and Browns. Furthermore, there is one person with whom I have never fished (and through the years we had vowed to, but the world was too much getting and spending). . . Nick Lyons.  Another angler I might wish as a companion is Robert Venables (whose The Experienced Angler (1662) reveals remarkable tying talent).

Fishing anywhere in the world with an unlimited budget. Where would it be and for what?

I have been fortunate enough to have fished in over 20 different countries.  Travel now, however, is more difficult.  Some of my best angling have been Browns in the UK, grayling in Slovenia, Tucanare and Aruana in the Amazon, Queen Fish off Mozambique, Bonefish at Kiribati, Brown in New Zealand, Cutthroat in the Rockies, Tiger Fish in the Zambezi, Rainbow in the Washington desert, and many others.  Each water, each fish has its own poetry and charm, tussle and tug. When I was young, the Cascade Mountains held small, fleet cutthroat that charmed me.  I am always charmed with fish and fishing. It makes no difference were I fish, as long as I can fish. 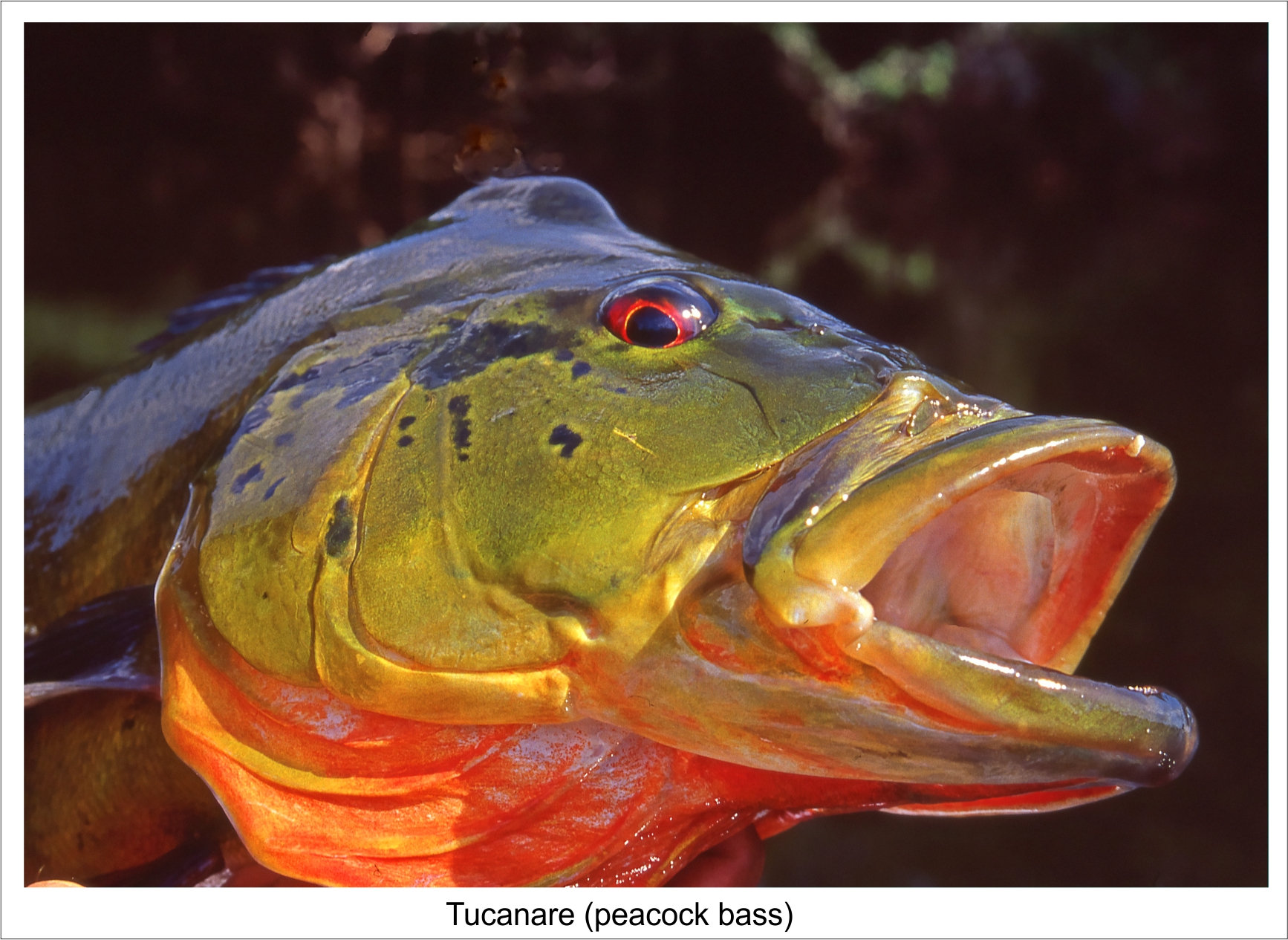 You have been a frequent visitor to the UK over the years. What is it that brings you here?

Many things bring me to the UK. My two degrees in English Literature inspire some of it.  Certainly my Master's Degree work in the Anglo Saxon language is part of it. And there are the famous rivers and all my gracious friends. Yet, I am not certain what draws me the most. I only know that my next trip is likely my last.  Wealth and age curtail all.  I must have flown to the UK over 25 times.  The UK has been a dreamscape since I read those early books that my Grandmother gave me, such as Departmental Ditties and Barrick-Room Ballads, Collected Verse and Plain Tales from the Hills by Rudyard Kipling.  I have visited the causeway of The Battle of Malden. I have seen John Constable country, and the once bloody hill at Hastings.  I have sought Wordsworth, Coleridge in the Lake District, and, like Macbeth, saw (though in my mind’s eye only) Birnum wood come to Dunsinane Hill.  Hamlet, Blake, Milton, Shelly, Keats, Yeats, Hopkins, Eliot, Walton, Halford, fish and friends all made me go and go again to England. 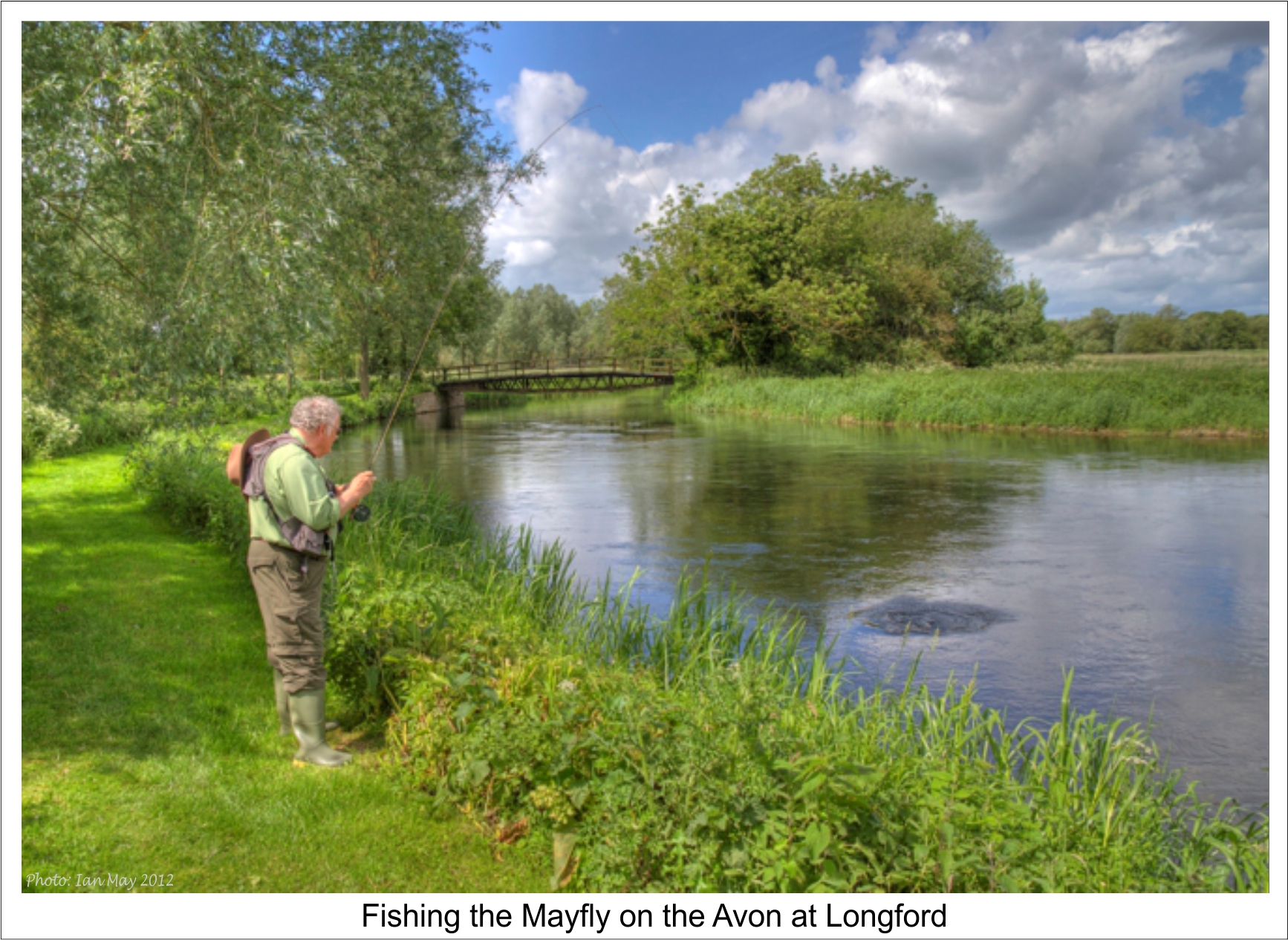 You have been involved in numerous tackle developments. Which one comes to your mind first?

There is no first one: the hook models for Partridge and Daiichi developed with Dr. Sherman Nornes and the physics department of Pacific University, the double-offset tying scissors, the dubbing whirl and countless small tying tools such as the Spin-Bob and Splitter.  Whitlock has an early Martin lamb-skin fly vest.  Then there is the Stream-Side Tying Vise, Field Tying Kit, fly and reel wallets.  These I no longer make.  Most anglers are makers, whether it is a pattern or a tool.

How would you like us to remember you as an angler and angling innovator?

In 2012 I received The Roderick Haig-Brown Award for angling writing from the International Federation of Fly Fishers.   This award, not given every year, is for “significant contributions in angling literature.”  It is presented to an author who has “respect for the ethics and traditions of fly-fishing. . . an emphasis on things natural, concern for the whole, the philosophical side” of angling.  “The literary quality of the work must be high.”  Perhaps this is enough.

What organisations do you actively support?  Tell us something about a cause you champion.

I am active in local and national meetings of the IFFF.  At the IFFF Conclaves I present PowerPoint Programs on angling destinations.  During the past few years, I have championed and presented workshops, in clubs and conclaves, in hook making.  Students learn about loop rods, and bending, firing and tempering hooks.  Students use raw high-carbon wire to point, barb and bend and “cook” their own hooks.  They also create a traditional horse-hair fly line mounted on their hook.  They then explicate Thomas Barker’s passage on the Winged Palmer (1651), the first complete English tying directions, and tie this pattern on their armed hook.  I believe that knowledge of angling history makes us all more thoughtful about our place in angling.

Please read the Angling Biography that Darrel very kindly composed for us... read