To many of us fly fishing is a religion. ESF reader Kevin Harrison visited a place of worship on the banks of the Dove in Derbyshire.

This is definitely one for your bucket list; something every angler should do before they shuffle off this mortal coil ... to worship at the greatest of all fishing temples.

February half-term and I’d been staying with my family near to Hartington, wasting days doing things families do in the Peak District and grabbing a couple of hours fishing each evening.  I’d already fished Bentley Brook and the Dove below Milldale, both Leek and District waters (www.ladffa.com).  The rivers were in fine form. You can rely on the spring fed rivers of Derbyshire and Staffordshire to be fishable, even when rivers across the UK are bursting their banks.

I’d arranged to catch-up with Andrew Heath at the Charles Cotton Inn.  After a few jars of Hartington IPA, he convinced me to redirect the next day’s fishing to the Dove at Beresford Dale, where Andrew is the Fishery Manager.   To be fair, I didn’t take much convincing.  Neither did Gary Walker who I was due to fish with the following day. 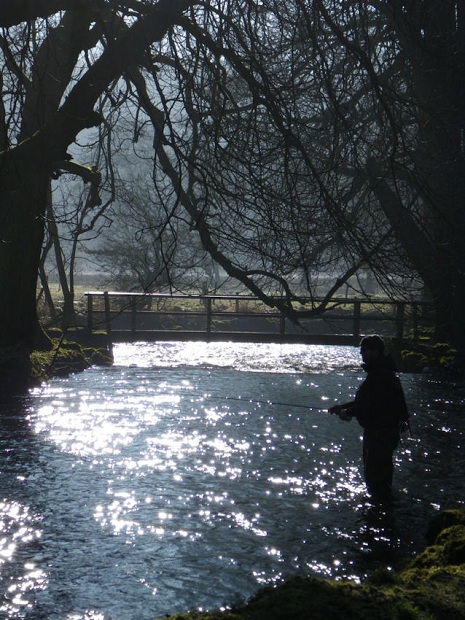 ​Next morning I woke to -2C and frozen wading boots.  After a couple of coffees and a Huntsman’s Pie from Hartington Stores, we were on the river by mid morning and basking in winter sunshine.   True to form, Gary opted to fish a duo, whilst I started with a couple of weighted nymphs.  My point fly was tied on a jig-hook in an attempt to avoid catching the rocky river bed.  Off to a good start, I had two fish from the first few casts; not big but in pristine condition.  Gary was inviting some interest but it wasn’t until he swapped to fish a deeper nymph that he connected, with four grayling from his first swim.

We worked our way up the Dale alongside the old perimeter wall of where Beresford Hall once stood, home of Charles Cotton – the 17th Century author who wrote (forgive me Izaak) the more interesting latter chapters of The Compleat Angler.  It’s said that Cotton penned his contribution to the book in just ten days.  Beresford Dale itself is incredibly evocative, made more so by the sense of history you get fishing spots such as Pike Pool, named after a rocky tor that stands from the water and described in the good book as being one of the oddest sights that Viator ever saw.  In the wall opposite Pike Pool, we unlocked a heavy wooden door and gained access to a more secluded stretch of the river, where Andrew has been working his magic on the river habitat. 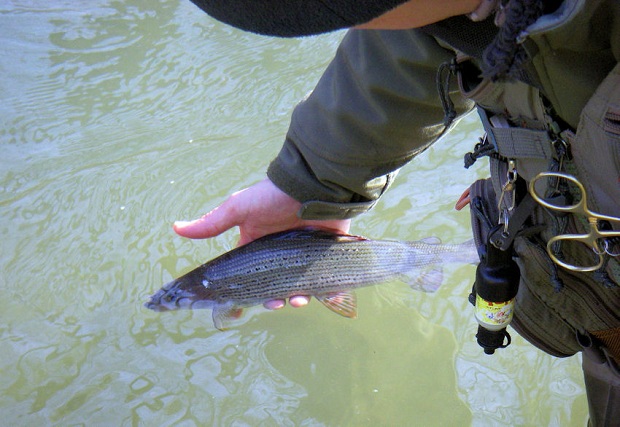 Lunch beckoned and where better place to eat than Cotton’s fishing temple, built in 1674 in dedication to his friendship with Izaak Walton.  The interwoven initials CC and IW are carved into the stonework above the door, along with the words Piscatoribys Sacrum.  Set in splendid isolation on a loop in the river and with light dappled by tall trees, there’s something otherworldly about the temple.  Any angler passionate about his sport can’t fail to be captivated by this place and needs to make a pilgrimage to this spiritual home of fly fishing. 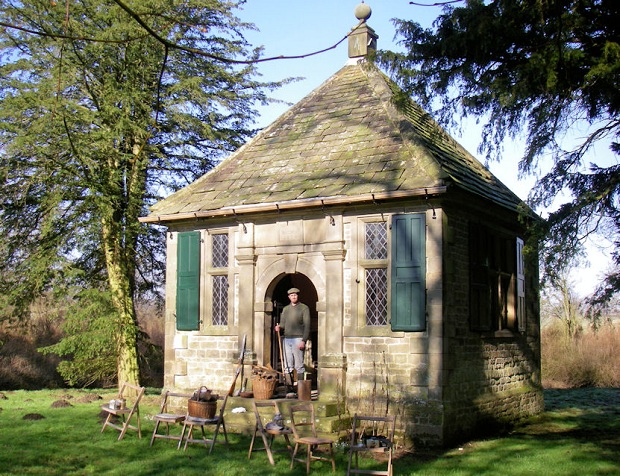 Above the temple the river changes character, becoming more open and meandering.  We continued to fish into late afternoon, catching a good number of grayling between us and spotting a very large but out of season brown trout.  We compleated (misspelling intentional) a perfect day with a few pints at, where else, the Charles Cotton Inn. 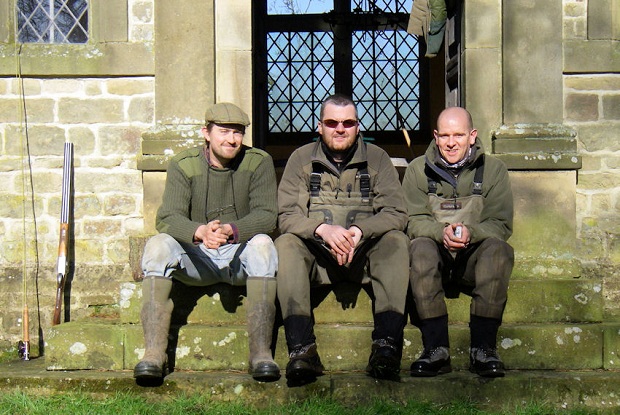 For details on fishing Beresford Dale, visit www.beresfordfishery.co.uk  or telephone Andrew Heath on 07896 344448.  Day and season tickets are available, with access to the temple.