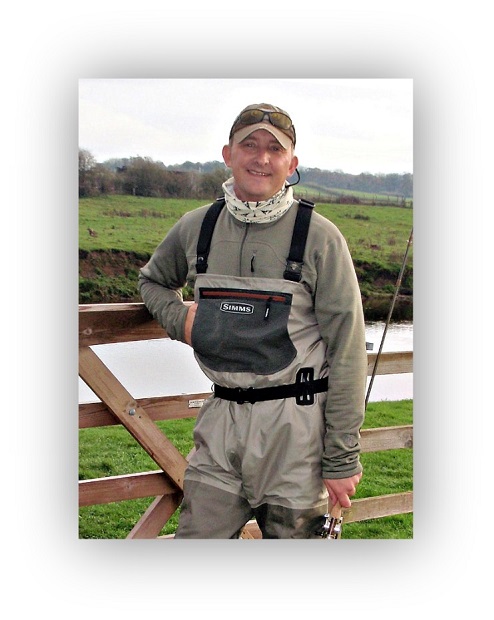 Guiding Offered: Guiding for trout and grayling mainly, however I also cover a multitude of other species, including Salmon, Carp, Pike, Bass, mullet.

Target Species: Without question it’s the grayling. This species has been untouched by any stocking programme and remains the last of the truly wild game fish. The grayling has fascinated me for years, freely rising but equally frustrating as trout in the spring and summer months. It’s certainly changed my approach to river fishing, employing a multitude of tactics to seek them out. Grayling are no push over and the big ladies haven’t got to that size by accident. They continue to question my angling repertoire, this nomadic species can have you leaving the river in utter frustration and wondering if the river you have just fished had any grayling in it at all.

I could go on singing the grayling's praises; I’m by no means a one trick pony as I enjoy developing my skills and angling know-how, targeting a variety of species. I suppose it’s just the buzz of “The Take” no matter what.

Tell us about yourself:

I am 41 years old, based just a stone's throw from Chester, in the wonderful county of Cheshire where I was born and bred. I am an account sales manager for Bosch Power Tools and part-time guide. In the busy months I generally see over a half a dozen clients per month either for casting lessons or guiding on the rivers.

I am a member of the Game Angling Instructors' Association (GAIA) & International Federation of Fly Fishers (IFFF). I hold the APGAI qualification within GAIA and MCI (Master Casting Instructor) for IFFF - single handed rod.  Following these successes I was really chuffed to be endorsed as an International Sage & Rio Pro Guide.

I also hold the GAIC qualification in double handed rod techniques and later in the year I shall be stepping up to the plate to qualify for my APGAI & THCI. Mentoring and assessing for both organisations also keeps me up to speed and there is nothing more rewarding than to see the progress of an individual in becoming a future instructor.

It’s going to be a busy year with an imminent wedding day planned for early September and shortly after, the annual trip up to Morphie Dyke on the North Esk after the salmon.  I shall be planning to go further afield next year, hopefully Cuba or the Florida Keys awaits.

I’ve been fishing for over thirty years and never tire of the wonderful sport, as each and every fishing day holds a new challenge.

What is your angling ethos: To share the knowledge I possess with other like-minded anglers -

“Knowledge is power. Information is power. The secreting or hoarding of knowledge or information may be an act of tyranny camouflaged as humility.”Robin Morgan

This certainly holds true as I wouldn’t be where I am today without others reciprocating their knowledge and know-how. 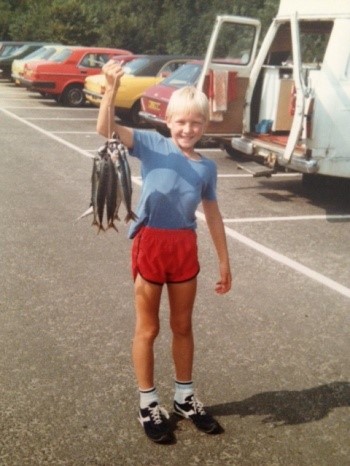 Without question it’s my Dad, he’s my fishing buddy and a fellow instructor.  From as early as I can remember he took me fishing.  Firstly it was on his office angling club trips to a variety of locations. They were all coarse fishing venues but none the less I got the bug. Following on from my first trout at the age of seven (trotted worm!) I learnt to handle a rod for myself and Dad spent many an hour showing me the ropes on the local Bridgewater Canal. He even took me for my first taste of the salt and every year whilst on our Cornwall holiday we would go catching mackerel off Looe. All basic skills were picked up from these sessions and were invaluable in my progression.

I had just turned a teenager and following in the footsteps of my dad's fly fishing addiction, I too turned to the fly rod.  Needless to say the coarse gear from that point started to gather dust and remains locked away until I once again get the urge to sit on the canal transfixed by a quill float.

I spent many a year fly fishing for pleasure and in 2009 I wanted this to change. After standing in the queue at BFFI and noticing a rather ageing fly fishing population and the distinct lack of “youth” coming into the sport. I made it my mission to become an instructor and encourage youngsters into our sport and the past five years have seen me continue on the journey.

All the instructors and mentors I have had the privilege of working with along the way have been a massive influence. Initially it was Mike Roden who took me under his wing to get me started on the journey. My good friend Chris Aldred has a lot to answer for and has mentored me through to the Masters. Others that have all contributed to my continued success are: Louis Noble, Leslie & Willie Holmes, Philip Maher, Alun Rees, Mark Roberts, Roger Miles, Brian McGlashan, Mark Patterson and John Boon to name but a few.  There are countless others that have also influenced my journey and apologies for not individually naming, but you all know who you are. Many Thanks! 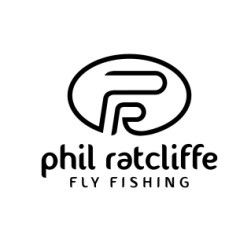