Peter Anderson and Pete Tyjas met up in super hot conditions and had to plan where best to fish.

Right, 8am, 23 degrees with the promise of 30 degrees plus later on. No rain for weeks. A day on Dartmoor planned.  What do you do? Well obviously you settle down with a drink and watch the world go by... or you come up with plan B. And that was what Pete Tyjas and I did on a hot July day.

We needed shade and enough water to fish in so Dartmoor was out on both counts. Pete came up with idea of the Tavy, Walkham & Plym water on the west side of the moor. Weekly tickets only at £15 a throw with water, naturally, on the Tavy, Walkham and Plym. But they also have a beat on the Cad, this is the water above the confluence of the Plym and the Meavy. Pete had never fished it. I had fished it above Cadover Bridge where it is wide, shallow and open, not good. But below the bridge it tumbles down a steep, shady valley. Dogs and kids can be a nuisance but not overly so, they are more of a problem above the Cadover Bridge. Right then, an adventure on the Cad it was. 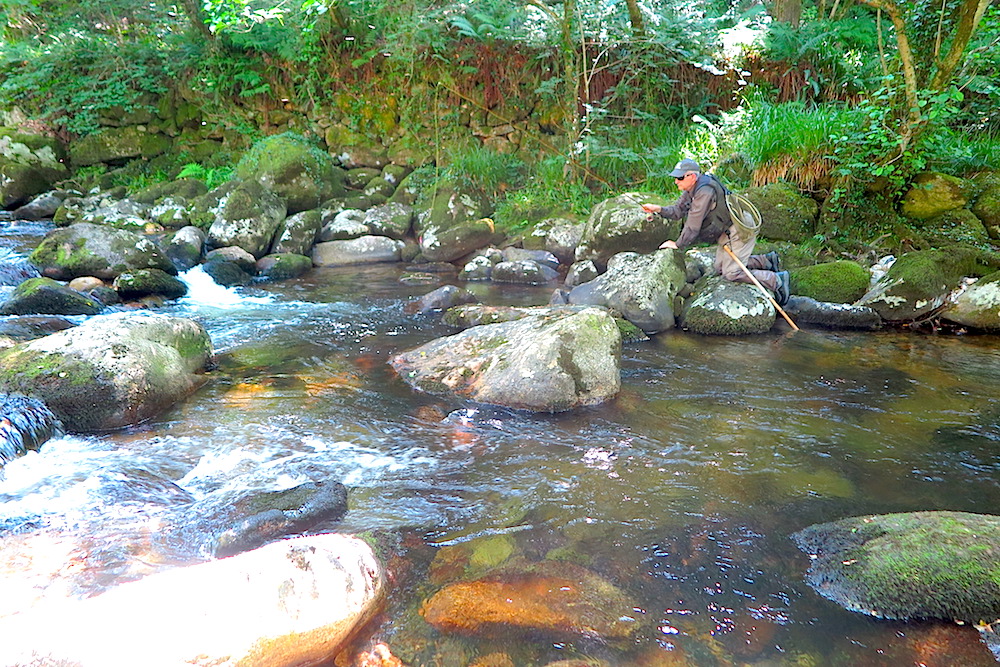 We met up on the east side of the moor and it was a tortuous ride along very narrow lanes to get our tickets at the garage at Yelverton. We then made our way to the start of the beat at Shaugh Bridge. It was busy here, lots of dog walkers but the river was a picture. Just as I remembered and about as far from my usual chalk stream haunts as it is possible to get. Perfect. 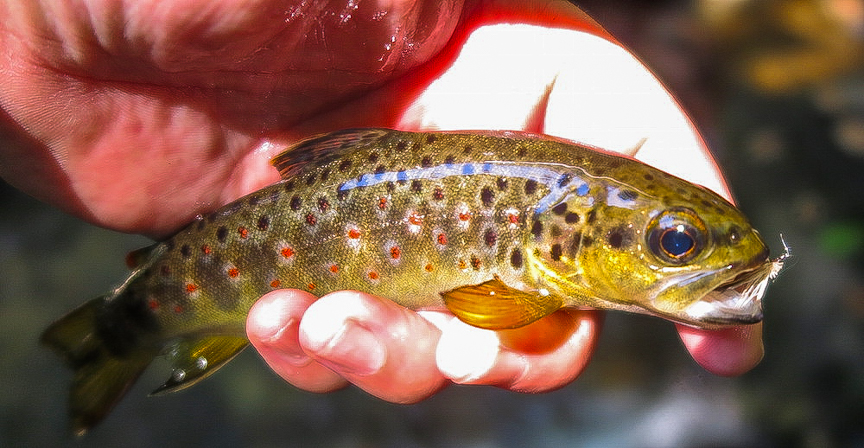 We tackled up, a dry for Pete, the duo for me. Pete struggled at first, not connecting with a fish until his second cast! I got in, then got out again having forgotten my wading staff. This is not water to be taken lightly. By the time we had gone 20 yards the dog walkers were behind us, the deep confluence pool was the place they wanted to be which suited us fine. Pete picked up more fish, small but wild and beautiful.  I hooked into several but they all came adrift. Puzzling, frustrating, but it happens. Some much needed words of encouragement from Pete refocussed me and the dry disappeared in a savage take. A spirited struggle in fast water ensued with a lovely fish, I was very happy. 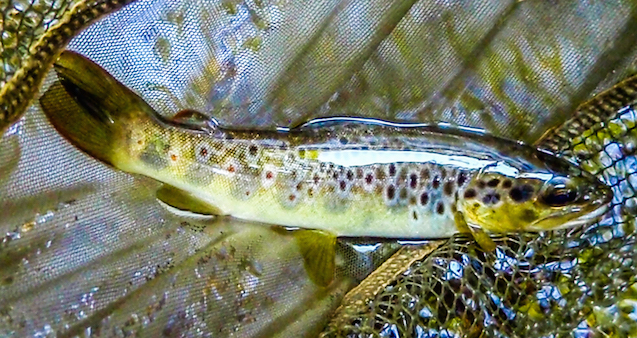 We pushed up the stream, Pete fishing the pockets on his side, me fishing those on mine though I might have strayed over occasionally - sorry mate! It was exhausting. I regularly had to backtrack, climb out of the river, negotiate some boulders and then get back in. It might have been cool in the shade but my God it was hot in my waders with sweat pouring off me. But we kept catching fish so nothing else mattered. After about four hours though, we were both flagging. Then I noticed a couple of guys in the river 100 yards ahead of us. Behind us we noticed a group of kids in lifejackets, helmets and wetsuits gorge walking (well, noticed isn’t the right word, we could hardly miss them). They were gaining on us rapidly. It seemed as good a time as any to call it a day and find the pub. On the walk back we had a chat with the chap supervising the gorge walkers. How far to Cadover Bridge we asked.  “About 2 kilometres” he said, “You’ve only come about 400 metres from Shaugh Bridge”.  Wow, it felt like miles. 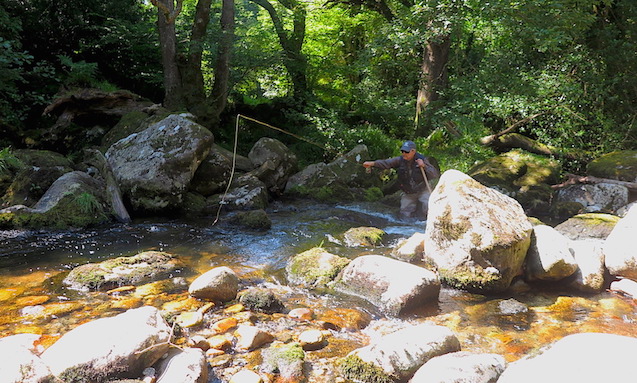 There is some glorious fishing here. We caught plenty on a day when we shouldn’t really have been fishing so what it would be like on a cooler, quieter day (ie out of school holidays!) is anybody’s guess.  It’s not for the faint hearted though. My criteria for a day like this is: (i) have I broken anything (rod, leg etc), (ii) have I fallen in, (iii) have I ripped my waders.  If I can say no to all of those it has been a good day!  This trip had the added bonus of plenty of fish, good company and a wonderful setting. Can’t ask for more than that.