Damon Valentine (aka London Fly-fisher) tells us why Thornwood Springs is his favourite local trout fishery, and chats to the man behind it all, Peter Thurston, who has worked in fishery management his whole career.

I first became aware of Thornwood Springs after a visit to Orvis Regent Street earlier this summer, where store associate, and Tenkara instructor, Vito Tsurikichi Rubino told me of the great dry-fly and nymph sport to be had catching beautiful full-finned browns in the crystal clear margins and hooking into torpedo-like rainbow trout across all three lakes. It was shortly after that conversation I received an invite to join London-based Instagram collective, RainBros fly-fishing for an afternoon by Lake Two, and get a first visit under my belt. 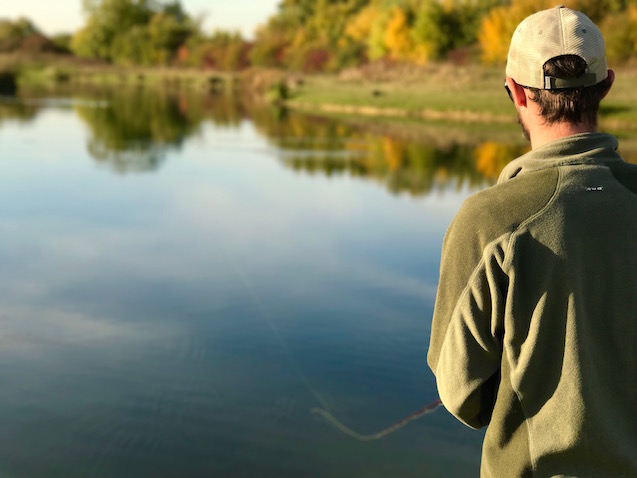 Situated a stone’s throw from Epping Forest, it couldn’t have been easier to reach Thornwood via public transport from central London where I took a short ride out to Epping on the Central line, and was greeted by a local cab office at the station. Ten minutes later and I was by the water picking a likely looking dry fly from my box for my first cast.

As far as first impressions go, what stood out to me the most during my maiden visit was the gin-clear water, amazing condition of the fish, and amount of them feeding on the surface! They were everywhere! Coupled with the surrounding countryside, you’d be excused for feeling like you were on an exclusive fishery in Hampshire, only for less than half the price! This is one of the many reasons why it has become my favourite stillwater in London. 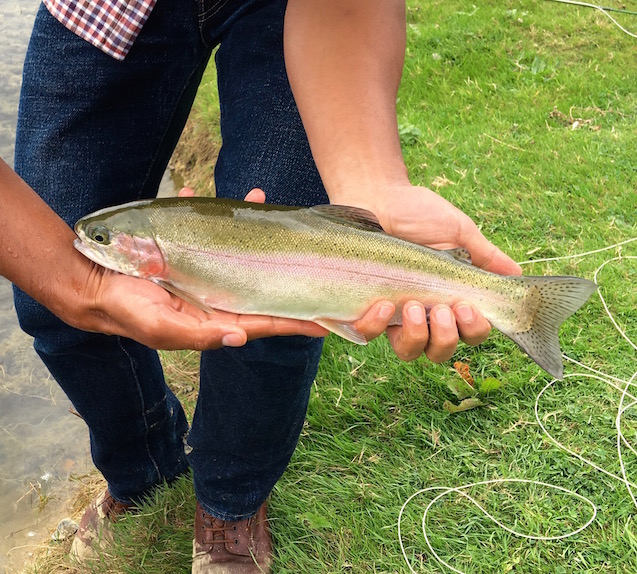 Through the entrance gate, you follow the old track through the trees to the main car park and lodge, where you’re likely to meet proprietor and fishery manager, Peter Thurston. He lives onsite and is one of the nicest fishery owners I’ve met; always full of advice for newcomers and regulars alike, which is what led me to visit the fishery on a sunny autumn afternoon to find out more

Hi Peter, you have a beautiful fishery here, could you tell us more about the history of Thornwood Springs and how it came to be?

Sure! I took over the plans for a commercial ninety-six peg shallow Match Fishery many years ago, and together with my late architect father, John Thurston, we designed three feature-rich deep trout lakes, each with their own characteristics to suit all types of anglers. One like a river, one very open and with clear margins and deep trenches, then a small intricate stalking pool with very large fish. I re-mortgaged my flat to fund the project and moved into a small lodge onsite when we opened eight years ago.

It’s quite obviously a labour of love and the fishery is looking great! The water here is exceptionally clear. did you know there were springs on the site?

Actually we didn’t! The original Match lake was only going to be six-feet in depth but we had to dig deeper to accommodate trout. When we got to eighteen feet past the clay into the chalk and flint, three springs started to bubble away which was a very happy accident, and why the fish fight so hard due to the high oxygen content. They also grow quickly on a natural diet here, averaging two per year.

Speaking of fighting fish, what are the current records for rainbow and brown trout?

The Lake One record is a 15lb rainbow which had grown on from a weight of 8lb, and we’ve had brown trout caught to 14lb from Lake Two, with twelve doubles caught last year. I’ve stocked many fish in here at the eighteen pound mark in the stalking pool, but they are yet to be landed, although I see one or two lost from time to time because anglers underestimate the fish’s strength and don’t fish heavy enough, so they’re still there, but in every lake the biggest trout has so far eluded capture. 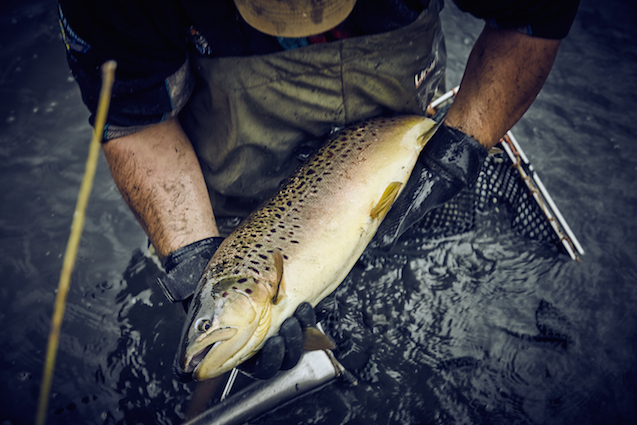 To anybody wishing to visit the fishery, what fly patterns are a must for their box?

There are a few patterns that I will always recommend before a visit, although we have a shop selling them here at the fishery too. In terms of dry fly patterns, sedges and any small CDC patterns work well, with nymphs such as Diawl Bach and GRHE patterns being the key imitators below the surface. A good selection of buzzers doesn't go a miss also, but if you want to target the big browns then Snakes and Yellow Dancers fished deep are the way to go!

Every fish I’ve seen caught here has been in pristine condition, even the newly stocked fish, so you’re clearly very meticulous about the stocking process. How does it work?

I’ve used Richard from West Acre Trout Farm in Norfolk since we opened eight years ago. During our first stocking, every fish was fin-perfect and absolutely stunning which has set the standard so high that I won’t go anywhere else for my fish. 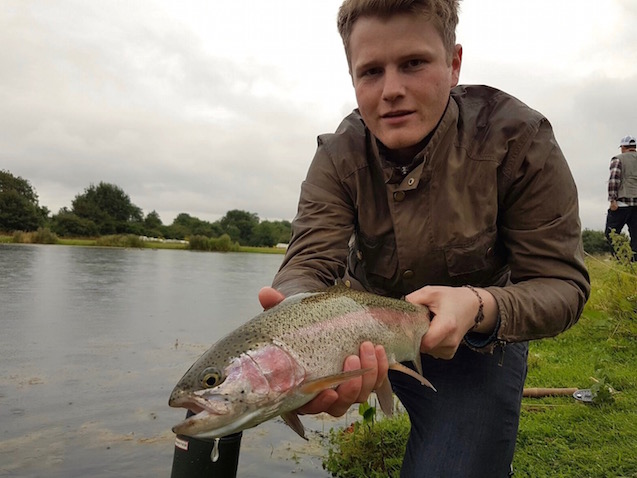 There’s a big emphasis on getting newcomers into the sport here, particularly from London, and you’ve recently been working with Orvis offering tuition days for beginners. Could you tell us a little bit more about it?

We run a tutored event every weekend at the moment with our resident instructor Johnny Green taking classes in the first half of the month, and Orvis taking the last two weekends of every month, which are always popular with all ages! We also provide all the kit to beginners at no extra cost and I’m proud to say that every child who fished with us over the summer caught their first trout on a fly! We also had a ninety one year old angler catch his first trout which was just a marvellous thing to witness.

And finally, of all the great moments you’ve experienced here at Thornwood, which one has been your most memorable and why?

There are so many to choose from! The day we opened was obviously very momentous because of all the hard work to get to that point. There wasn’t anybody here but it was a great milestone!

Journalist Peter Cockwill visited earlier this year to do a feature in Trout Fisherman Magazine. He fished in tough conditions and made it look so easy catching a gorgeous brown trout from the stalking pool, the video of which can be seen on our website.

Then there’s the visit from Iain Barr where he caught 45 fish in a day which was just outstanding!

The most touching memory was when we held our Fishing for Heroes fundraisers and made £1,300 for charity, which makes it all worth while!

If you wish to know more about Thornwood Springs and its events, you can contact Peter directly: