In my twenty-nine years as a fisherman, I can count the number of people that have consistently and positively influenced my fishing on both hands. Anyone that has ventured to the water with me will know how much I speak of my grandad, my best pal Peter and several friends I've made over the years, and what they mean to me as an angler. These relationships are built on foundations of countless memories: fish caught, more fish lost and personal bests achieved. They will live in my mind forever, and I know that through those strong foundations, as with most friendships, you can go an awfully long time without seeing someone only to pick up right where you left off when you meet again. It's one of the many things I love about fishing. 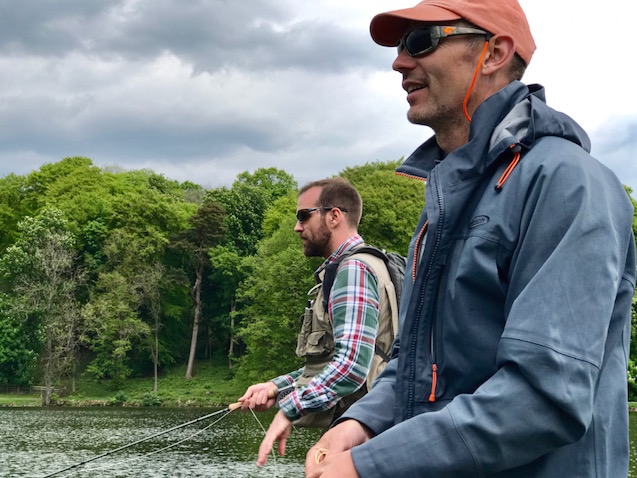 Earlier this year I embarked on a trip back to Yorkshire to see family and friends, and organised some fishing with two old pals, Ben and John. We used to work together in a local fishing tackle shop when I was a teenager but since those days we’d all but lost touch: I’d moved to Manchester, John moved to a company called Guide Flyfishing, and Ben ventured into web development. That was it for more than twelve years until Ben randomly appeared in my Instagram feed last year, so we had a good catch up about those tackle shop days and promised to fish again when I next ventured north. In March of this year, I was doing some fly-tying demos at the London Fly-fishing Fair when by chance John and I bumped into each other next to the Orvis stand. It was a great surprise and I told him of my plans to fish with Ben in the summer, extending the offer, which he gladly accepted!

We’d agreed to have a day at Coniston Cold Trout fishery which nestles in the upper Aire valley between Settle and Skipton in the Yorkshire Dales. It really is one of the most picturesque places to fish with a good head of wild brownies, as well as stocked rainbow trout. The excitement had been brewing for weeks for our mid-May trip and the weather had been good in the run up to the day. I’d been sea trout fishing on the river Lune the previous evening so Ben and I agreed to meet mid-morning and tackle up in the car park, whilst John had arrived earlier to get a boat so was already fishing.

I recall it took about thirty minutes for us to get our gear together as we were too busy nattering, but there was a lot to catch up on and it's fair to say that we were just happy chatting for a while. As we ventured down the gravel path past the Estate stables and to the water's edge, we could see the unmistakeable silhouette of John flying solo in his boat fishing through a drift. I said to Ben, “I bet he's into double figures already.” 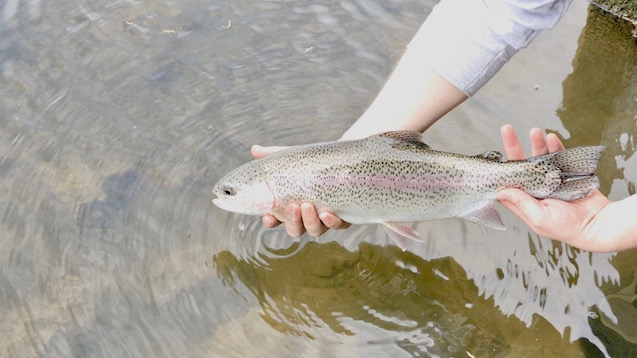 John was always an outstanding angler and would regularly catch when no one else could, but he would never show off about it. He's a modest chap and I like that.

As Ben and I made our way around the lake to fish from the small dam, we spotted an abundance of tadpoles clinging to the shoreline and I knew immediately which pattern would be getting wet first! John threw us a wave from the distance and I'm fairly sure at that point he was in ‘the spot’ as I'd seen his rod buckled over a few times in the five minutes it had taken to walk to the dam, so there was no way he was coming closer to say hello. Ben and I had tackled up and began to fish in the deepest part of the lake off the wall with a small black leech pattern I'd devised after a kick sample of my local river, the Wandle in London. The weather was great, with sunny intervals and a slight breeze, causing a ripple on the water, ideal for subsurface fishing. I hoped it wouldn't be long before we were seeing some action and sure enough, after a few casts I was into a fish: a beautifully marked rainbow trout just under three pounds. It put up a great account of itself and was unhooked in the water, safely released to fight another day.

After a few more casts and the odd pluck at our flies, lunch-time was soon upon us and we began to make our way back to the boathouse to meet John, who had signalled with a directional gesture that he was coming ashore. As he pulled up to the small jetty, Ben and I were on hand to help him from the boat saying our hellos in the process. The outdoor table and chairs at a small stone lake-side outhouse was the venue for lunch which couldn't have been more picturesque, and we spent over an hour reminiscing of old times and filling in the gaps of the last twelve years. For me, this was the most enjoyable part of the day and I could've stayed there all afternoon. I hadn't laughed as much for a long time. 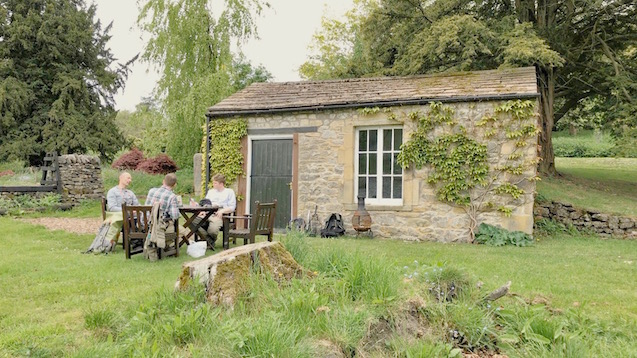 With our bellies full John, offered to take us out and put us over the drifts where he'd had success in the morning, so in the boat we hopped, hopeful of equalling his double figure tally! As we fished away the jokes and stories continued and it was one of the loveliest afternoons I’d spent out on the water in a long time, and even though Ben and I only managed to lose a fish at the net between us, it didn't matter one bit!

As the weather drew in and a heavy shower loomed, we came ashore to seek shelter at the boathouse and let it pass for a while. Just as soon as it came, the clouds rolled back to let the glorious evening sun shine across the landscape, revealing a rainbow in the distance. At this point John decided to head back to Manchester so Ben and I continued to fish into the evening from the bank, being joined by our friend Peter and taking another fish a piece before night fall. 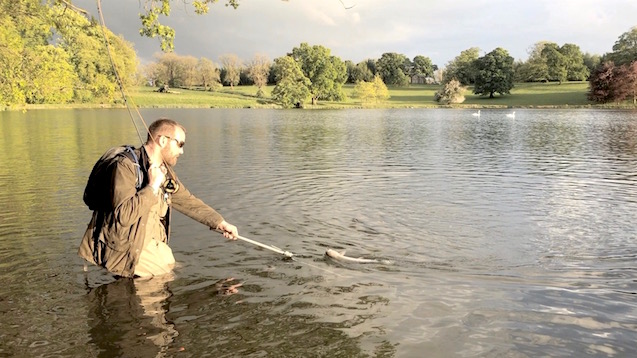 As I drove home in the darkness I had an immense feeling of satisfaction in knowing that I’d enjoyed a brilliant day, and further cemented important life-long relationships in my fishing world. Those hours on the water weren’t about catching fish, but rather caching up with old pals who share a common ground and mutual love for their sport, and I loved every second of it! To me, it’s what fishing is about and as thousands have said before me, there’s more to fishing than catching fish!