What comes into your mind if I ask you what you know of the lovely Mediterranean city of Nice? 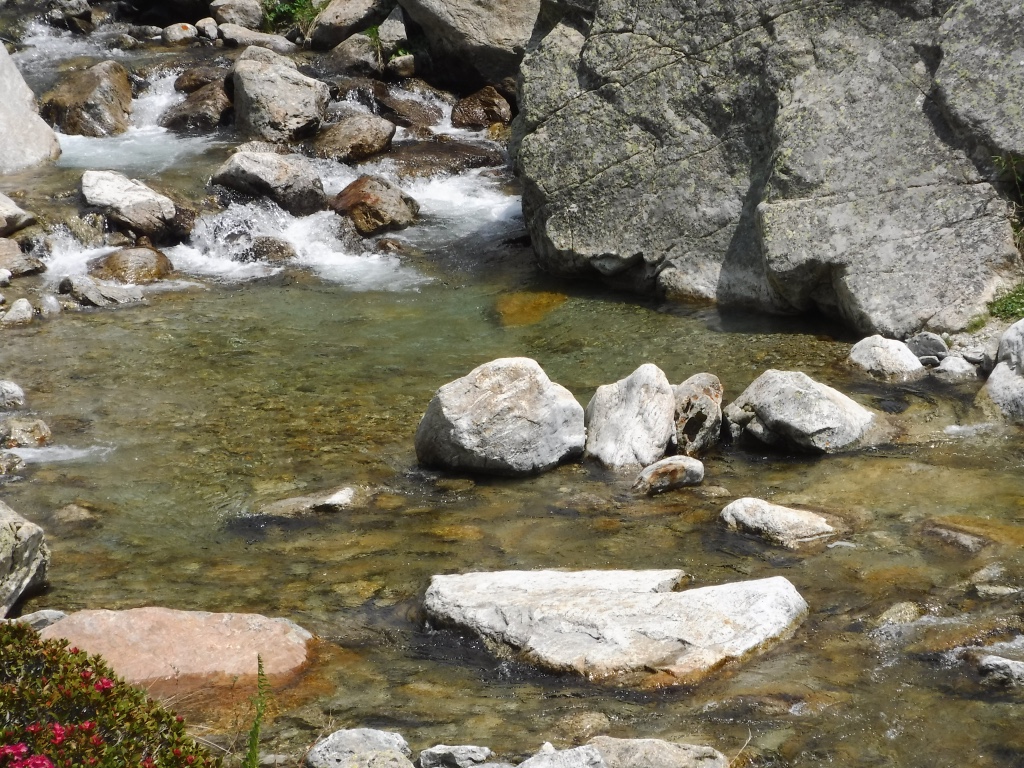 Sand, sun and bling!  All of those things which Les Nicoises know so well, and take for granted.

But I would wager, that few Nicoises know that there is a paradise, less than two hours to their north.

So come with me as we drive out of the airport in our hired car!

The river Var enters the Mediterranean between the western end of the runway at Nice airport and the enormous Trois Mille shopping mall. The braided stream here carries grey snow melt in the spring, and one wonders whether some returning trout are heading upstream in their new anadromous guise. We are on the A8 driving around Nice, but about to come off the autoroute to head north, still following the Var, in the direction to Digne and Grenoble. Ten minutes later we are close to St Martin du Var, where we take a right, and onto the Route de Vesubie. The Vesubie is a tributary of the Var and as we drive along its winding way, the river is down to our right. There are runs, and riffles, and pools and glides, but nowhere to stop, park, and get onto it! How frustrating. But the drive is spectacular. The gorge is deep, the granite rock a deep grey, in place to place, the overhang is incredible, and feels like a tunnel, and there are two of those, both narrow, and…’Christ, I hope there is nothing coming the other way’ for the lanes are tight and its dark in here! Then a flash of light and I am out the other side, and I still cannot see how to reach the trouty waters, now a hundred feet below. 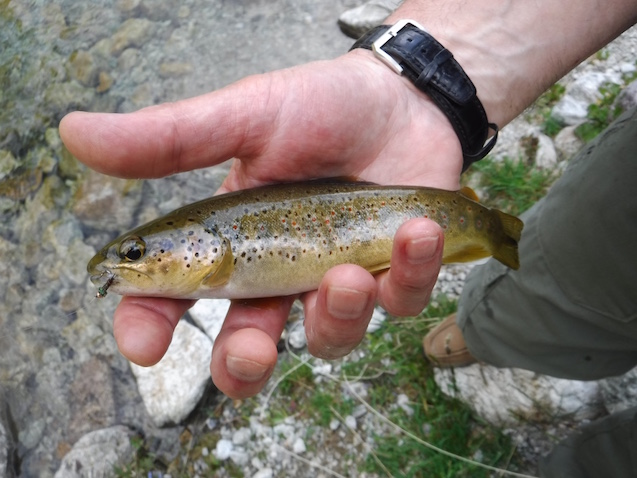 The first village we come to is Lantosque. Its small but busy, floral and prettily paved. Beware the enormous ‘sleeping policeman’ just before a tight right turn into it! There is a patisserie there which serves the freshest and tastiest sandwiches. Baguettes, of course, for this is France. 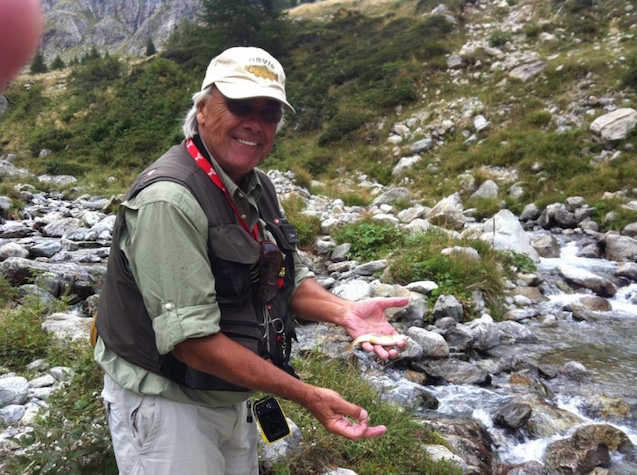 Keep going though, because, the next village, Roquebiliere, is still kilometres away. And when we reach there, we take the M171 (yes, but its not!) and head up, and up, along a steep, switch back of a lane to Belvedere. This is a sleepy village with views down the gorge and it is impossible not to stop and admire, and see other villages even higher up the distant slopes, and you wonder how they still are. This is earthquake territory, after all.

We are already fuelled and permitted, so no reason to stop in Belvedere, and the climb continues. The distance between hairpin turns shortens as the climb increases. There is a wonderful waterfall where the river we seek, the Gordolasque, bursts through rocks to tumble down and continue its search for its meeting place with the Vesubie.

And then a plateau, at least of sorts. We are now at 1400 metres above sea level. Considerably more than 4000 ft., to you and me, and higher than anywhere, pretty well in the UK. There are some farmhouses, a wanderers hotel (sic), and restaurant (sic), but we have further to go. To the end of this M-road, where to stop, because we have to. We have arrived.

We are at 1700m (5000+ ft.) but the mountain peaks of the southern Alps tower above us. They are snow capped, even in June/July, but the melt is over, and the stream runs clear. The wild flowers are beautiful, and the odd chamois grazes lazily on the steep slopes above us, keeping a watchful eye on this interloper, no doubt. But we are not here to interfere with them. 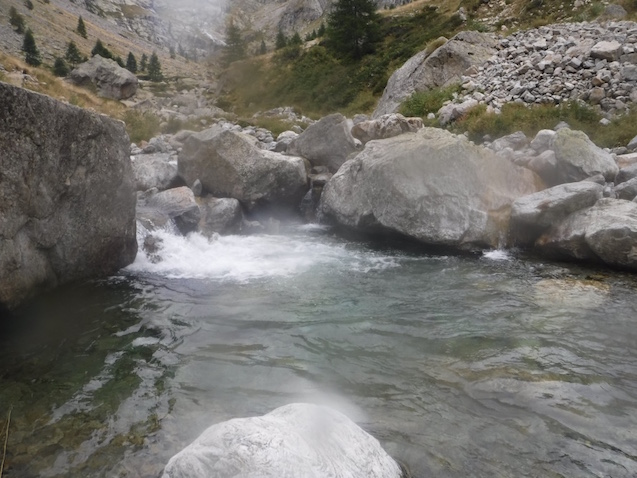 My first visit to this place was with a young guide, Guillaume Durand, whose instruction on how fish here stays with me. The fish are hungry, all the time. Food is scarce, insect life is sparse, and instincts kick in, when what could be a tasty morsel floats by. Tie on nothing subtle, nothing unnecessarily small. They will snap, so be quick. There are some deeper pools where a duo will excite…but you will be disappointed if you seek ‘lunkers’ for these hardy fellas are many, but small, a bit like the wildies in the Duchy waters on Dartmoor. But these do not have the rich colours of ours, for these are Mediterranean strain trout.

This IS a paradise. The paths are well trodden by walkers, but they are few today, and this paradise is OURS for a while.

The only sound is running water, the scent is hot grass, the scenery is extraordinary.

Tony writes about his exploits ‘en France’ at https://a-fishermans-journey-through-france.me/ and is always happy to share what he has learned about where and how. In addition, he has offered a ‘Lot’ to host a day of what he has written about, in the 2018 Wild Trout Auction, where it will be found in the ‘Fishing Overseas’ section.