The Scottish spring salmon is one of the most sought-after fish among the fly fishing fraternity. It is easy to see why, as these fish can be quite elusive, extremely powerful and often large in size. For any salmon angler, catching a springer has to be the ultimate prize. These magnificent creatures can range in weight from anything between eight to thirty pounds and often give the angler an unforgettable fight.
The salmon fishing season in Scotland starts in mid-January and most of the rivers across the country are open by early February. Spring fishing in Scotland is usually classified from the beginning of the season until the end of May. Springers are regularly caught from famous rivers like the Helmsdale, Tay, Dee and Spey from January and February onwards with usually numbers peaking in April. So, what are the best flies to use, when chasing one of Scotland’s most elusive and prized fish? 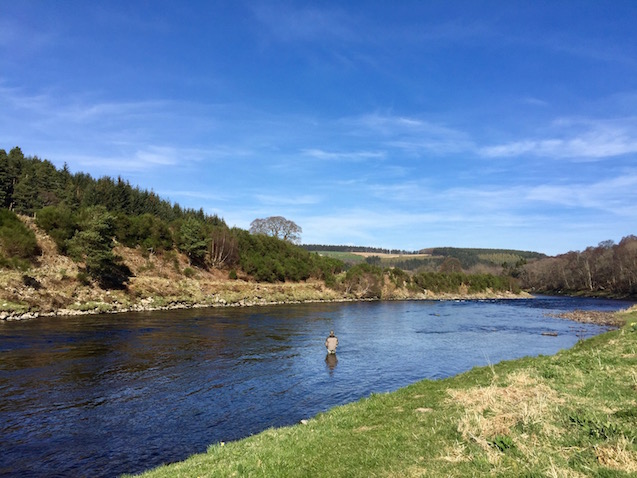 Before considering which fly patterns to use, we must first look at the behaviour and temperament of the spring salmon. Many anglers believe that the springer is the easiest fish to catch but the most difficult fish to find and this sentiment often rings true. Fresh springers by nature are usually very aggressive creatures, and they will quite willingly take fly. During the early part of the season, if a fresh fish sees the fly, it is likely to have a go at it. However, as the numbers of fresh fish are limited, especially during the early spring, and often the river can be quite high, these fish can be quite difficult to find.
Another characteristic of the spring salmon we need to consider is the depth at which the fish may be lying. Usually during the spring months in Scotland, the water temperature is quite low. This can be due to a variety of reasons including melting snow, a reduced number of daylight hours and of course, the cold weather. At this time of year, most of the fish entering the river lie close to the riverbed. When the water is so cold, the fish are not keen to move quickly and chase a fly any great distance. So, the idea is to get the fly moving through the water column slowly and close to the bottom. Therefore, when it comes to choosing the perfect spring pattern, we not only have to take the colour and size of the fly into consideration but also at what depth it is moving through the water column.

When it comes to choosing a fly pattern, it is important to be bold in your selection. As we have already mentioned, fresh spring salmon are often good takers and not fussy, but they can be scarce. Therefore, it is important that the fish can easily see the fly even from a distance. Flies like the Willie Gunn, Cascade and Flamethrower all work well during the early part of the season. This is because they are highly visible in the water. These flies also need to be of an adequate size. Often, in early spring the water is high and cold and so a bigger fly stands out well in the water and is more visible to any fresh fish that may be lying in the pool. A tube fly, anything from an inch to two inches in length is usually perfect for the job.

Probably, what is more important than the fly pattern itself is the depth at which the fly moves through the water. As the water temperature is quite low at this time of year, you need to be using a fly that will get well down in the water column quickly, and will move close to the riverbed. The tube fly style of fly is perfect for the job, as the weight of the fly can be varied significantly compared to a standard dressed fly. The body of tube fly is can be constructed from various materials which vary significantly in length and weight. Tube flies can be made from aluminium (the lightest material) to copper, brass or even tungsten which is extremely heavy. So, if you are using a tube fly which is constructed from a heavier material, as soon as it hits the water after casting, it will sink quickly to a depth at which the fish are likely to be lying. 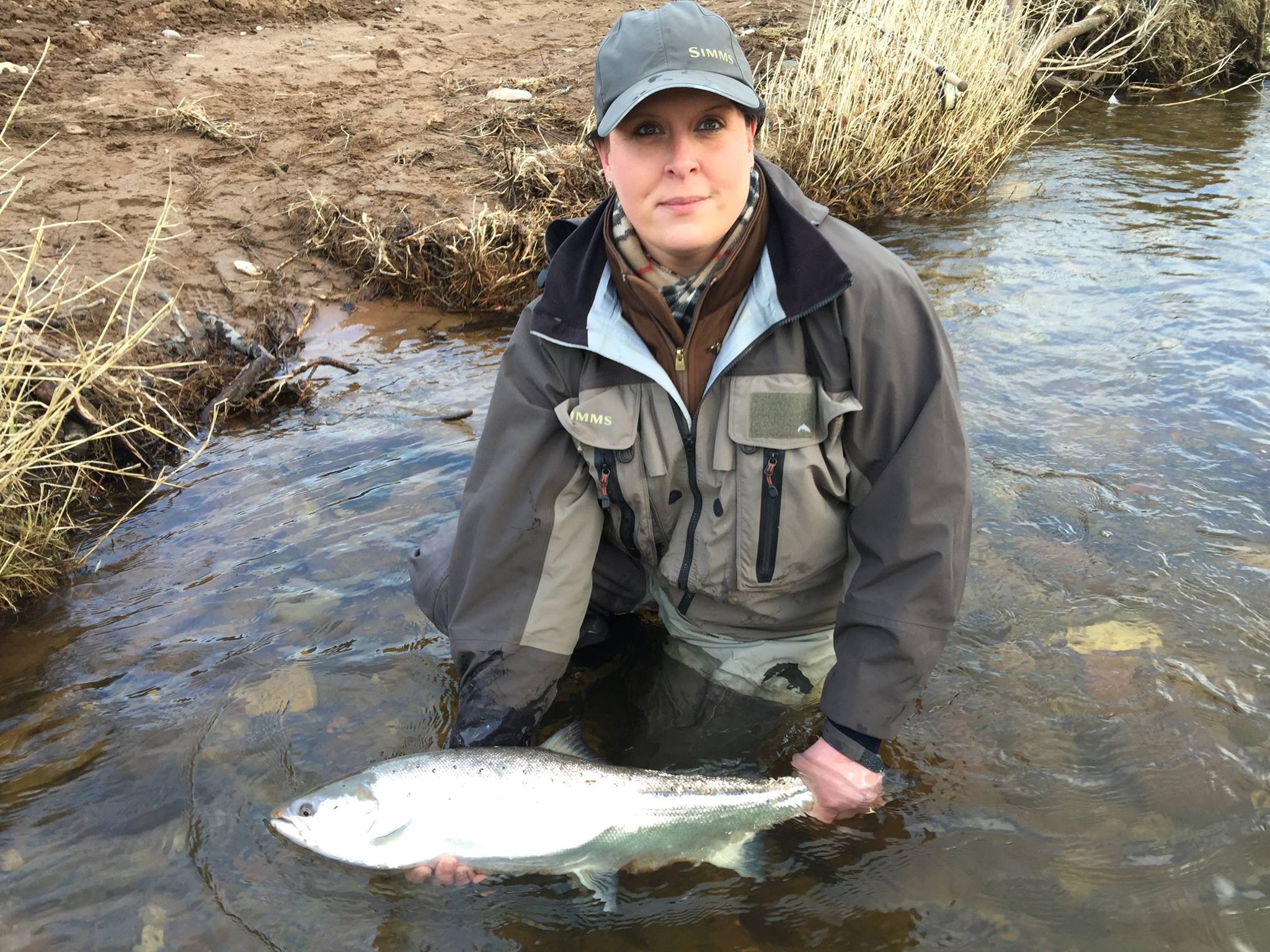 So, as you can see, there is no great secret when it comes to choosing the perfect pattern for spring salmon. Be bold in your choice when it comes to fly selection, as there is no need for subtlety during the early part of the season. If you opt for a fly which is bright, and of a decent size, dressed on a weighted tube, you have a pattern which ticks all the relevant boxes. By doing this, you will be using a fly that is highly visible in the water, and one which moves at an adequate depth and speed, perfect for ambushing that elusive Scottish spring salmon!

This article was written by Sandy Datta who together with his wife Samantha are co-founders of Scottish Salmon Fishing Surgery (SSFS).  This is Scotland’s first and only online salmon fishing magazine. The magazine has proved to be a great worldwide success and now has readers in over 77 countries. Sandy and Samantha together have over 35 years’ experience, salmon fishing in Scotland.
In addition to this, they also launched a company called Salmon Fishing Holidays Scotland . This company is dedicated to providing bespoke tailor-made salmon fishing holidays in Scotland.
In their spare time, Sandy and Samantha are both very passionate about their salmon fishing. They are never found too far away from the river bank, and they usually have a rod in their hands!