This has been one of my most successful grayling flies this winter. It was born out of necessity – I was losing too many of my more intricate flies on some new snags that had appeared in my favourite runs after the floods of late autumn. When a new snag appears on the Taff you never know what it might be. It may be a natural hazard like a water-logged sunken tree branch but can equally well be manmade detritus like a chunk of industrial tarpaulin or a pair of discarded ladies’ tights. I choose not to speculate too deeply upon how the latter comes to be in the river snaffling my flies. 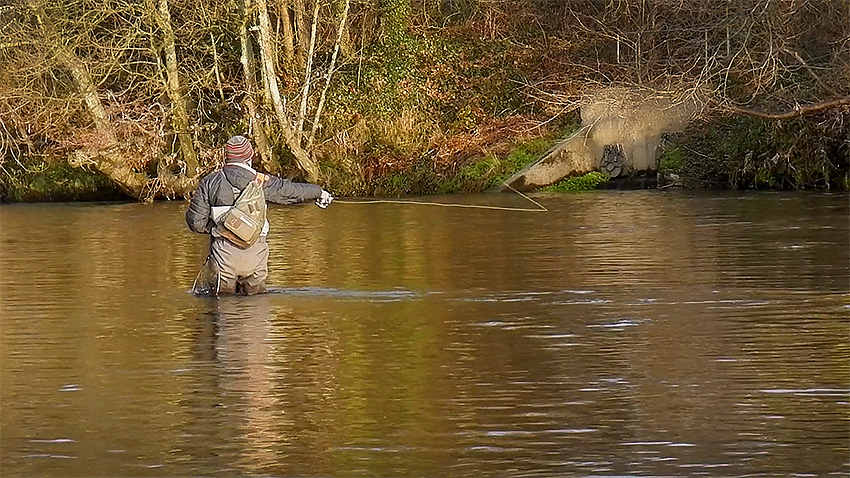 I’d got to the stage where my grayling box was getting severely depleted of heavy nymphs and I needed to tie up some replacements quickly. I wanted something that was fast to tie, would look semi-natural and not too flashy, but with a hint of bright pink so it would suit both coloured and clear water fishing. That was the state of the river at the time; up and down like a yo-yo from rain and snow melt from the Brecon Beacons. I grabbed some materials, tied up half a dozen and slotted them into the box ready for the next day. They worked really well and caught a lot of fish over a few days in varying conditions while I was doing some filming for a video on winter grayling nymphing. Sods-law being what it is, despite tying them up to form quick replacements for lost flies, I fished two whole days with the same fly on the point which gave the pattern a thorough testing. 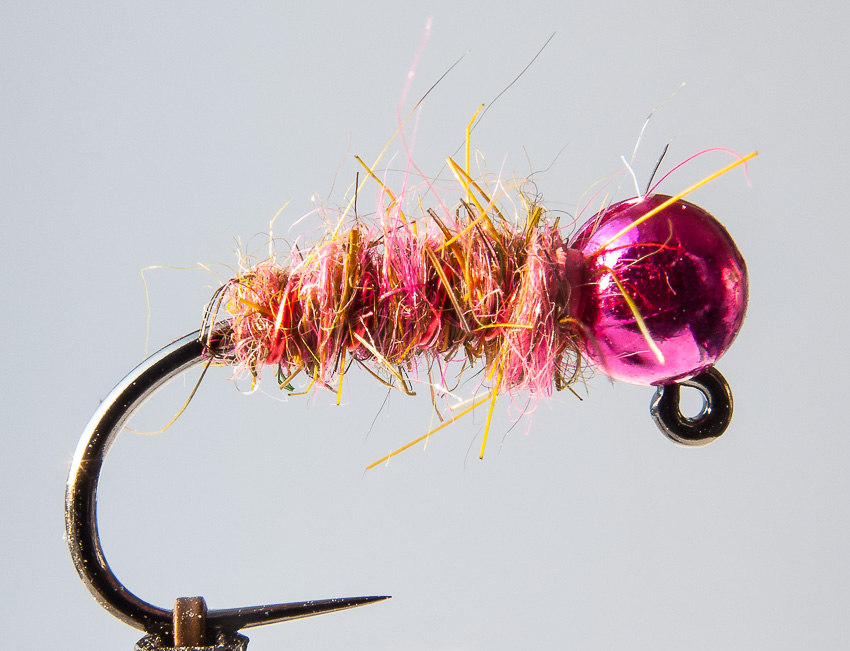 If you haven’t got, or can’t find the exact dubbing materials listed above, then substitute some others in the same colours. The key is to have the right mix of natural olive soft fluff and spiky guard hairs combined with a hint of bright pink synthetic fibres. The important bit when tying this very simple pattern is to keep the dubbing rope fairly loose as you wind it on. This allows the pink and olive fibres to flare out between the wire ribs when it’s fished, giving a soft glowing buggy effect.

You can watch me tying the Hare and Pink at the link below. Check out my YouTube channel for more tying videos of some of my favourite flies that have featured in previous editions of ESF, as well as a videos on autumn and winter grayling fishing. Watch out for another of my best winter flies, The Tungsten Hoglouse, in next month’s ESF.