We love to be sent reviews from readers who have tried a product and want to let us know what they think of it. Roger Hoad bought a Vision Onki 10ft 6wt and wanted to share how he has got on with it

In January I took the plunge and ordered a Vision Onki 10'0" #6. Excitedly opening the packaging and taking the rod out of the tube I first noticed the nice slim blank and handle, decent quality fittings and finish for a rod of this price. The only thing that I would have liked was line up marks and a keeper ring.

Next, was the test cast in my garden. First off I was impressed with the distance I could achieve and the accuracy too. It felt a fairly fast recovering blank with a softish tip and certainly not a poker. Being a 10 footer it isn't suited to very lightweight reels but it balanced very well with my Vision Rulla 2. 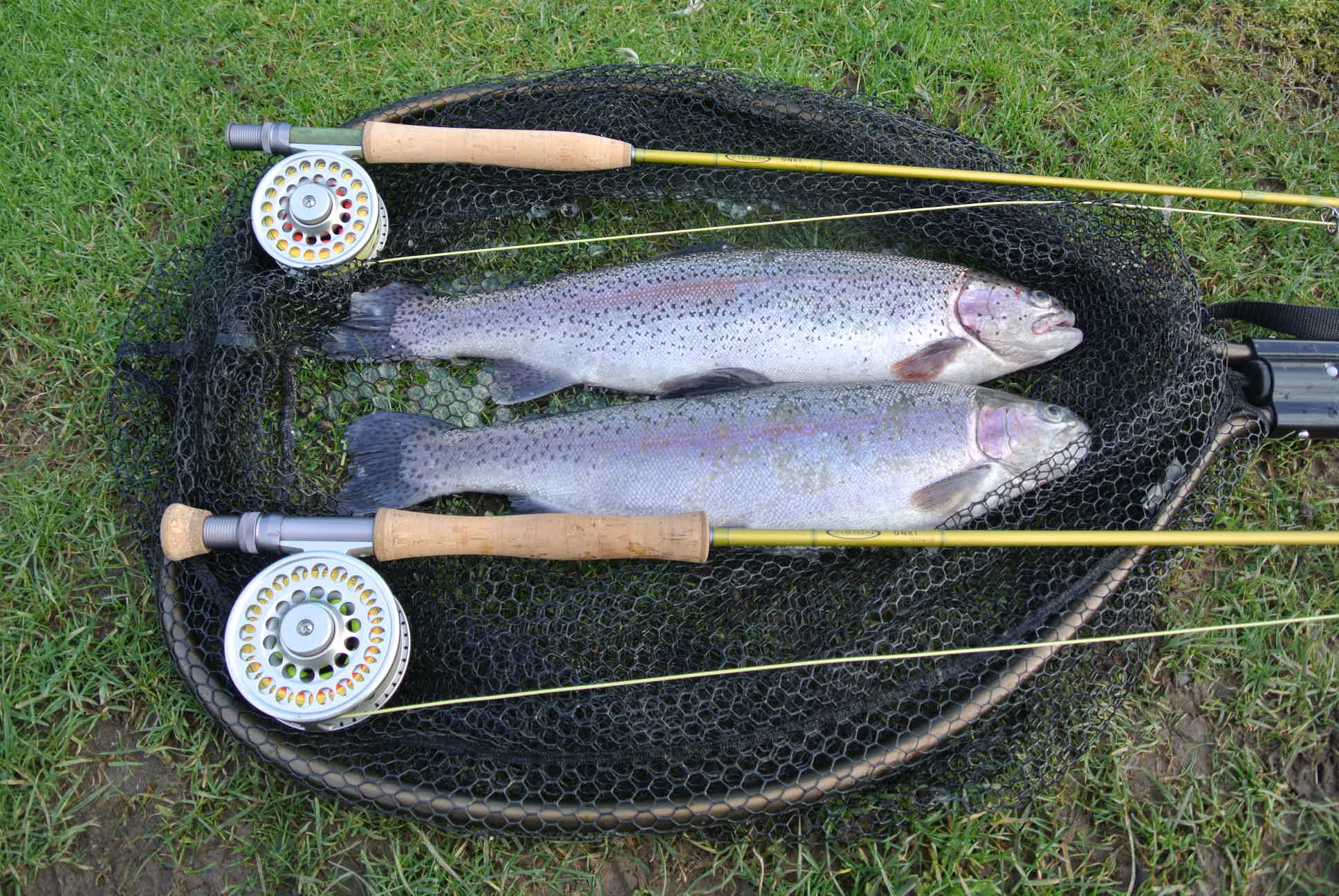 The colour of the blank is not as 'in your face' as the promotional photos would indicate. I actually found it quite nice, if a bit unusual, and reminds me of some of the old glass or cane rods.

Despite it being January I took the rod out to the fishery for the first time and the weather was perfect, feeling a lot like spring.

It cast well and is the most accurate rod that I have ever used at all distances. It roll casts brilliantly and will cast over 20 yards with one false cast and no hauling. It is great with long leaders and droppers, I only had one slight tangle in six hours of fishing.

I was fortunate enough to catch a nice brownie of around 3lb which fought really hard. The rod bent well into the blank, protecting the hook hold but was stiff enough in the butt section to control the fish with no problems. I also had a couple of decent sized rainbows which the rod also handled well.

Being a 6wt rod I wanted to try it out with #5 and #7 lines to see how it handled them too.

The straight answer is yes it will. I tried it with an old Hardy WF7 Floater which I know casts well. It put out a long line with very little effort , the only thing that I did notice was that the accuracy suffered, possibly as a result of the heavier line making the tip 'wobble' a bit. It wasn't terrible, just noticeable.

I then went the other way and tried it with a RIO Gold WF #5 Floater. At short range it cast the line in a dead straight line and maintained this as I increased the distance. The spot-on accuracy returned also. The line didn't quite fly through the rings as the #6 weight did but it was still hitting the 20 yard mark with very little effort.

I have also been lucky enough to try the latest addition to the line up, the 9ft #4 wt and have enjoyed this too. Although a river/stillwater crossover rod it is capable of casting a good distance on the lake where I fish and a variety of flies ranging from heaving bead heads to dries with ease.

Having now tried both of these rods I personally believe that they represent the best value for money in their price range. One of the main things that I have noticed however is that they work best with a very smooth and relaxed casting style. The optimum number of false casts is no more than three with one or two working best, these rods really do shoot line well with minimum effort required.