When I run the Orvis Learn to Fly Fish ‘On The Water’ sessions one of the first things I talk about with the attendees is angling etiquette.  Angling etiquette isn’t something you hear or read a lot about. Clubs have their rules and regulations but etiquette, by its nature, is often unwritten and because it is unwritten it sometimes gets overlooked. The British have a reputation for being polite and courteous but sadly, in my experience, this is no longer always the case when on the water. So, perhaps it is time to revisit angling etiquette and make sure British anglers don’t ruin that reputation.

Some years back I was up in Derbyshire fishing the Wye at Monsal Dale. I’d arrived early and was parked up by the bridge getting ready for a day on the water whilst I waited for the keeper to arrive with the day tickets. Another angler arrived and parked a little way up the lane. He eyed me up as he opened his boot and started to assemble his rod. He was short and as wide as he was tall. Just before the keeper appeared this other angler wandered down the lane and approached me with his hand extended. I reciprocated. As we shook hands he said “You’re a big f**ker”. I was astonished, taken aback, I didn’t know what to say. Now, he wasn’t wrong. I am a big f**ker. But is this really an appropriate way to address someone you’ve only just met. I didn’t warm to the man and was glad when the keeper arrived and I could get started fishing. 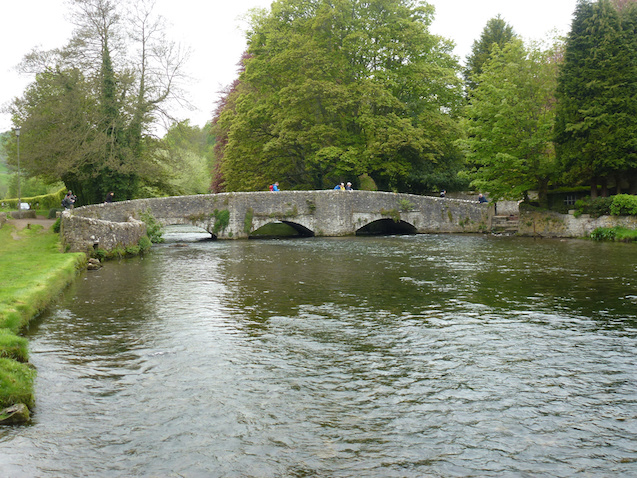 The bridge at Monsal Dale

At around lunchtime I had reached the most perfect-looking pool. There was a riffle at the head of the pool with ash and hawthorn overhanging the banks. The fast water cut deep on the opposite bank. I sat on the high bank watching the water as I enjoyed my Bakewell pork pie and a bottle of Thornbridge Brewery IPA. As I drained the last of the bottle a little flurry of olives started coming off and two or three fish rose along the far bank. I was just drawing myself together when my friend from earlier appeared from upstream. He was striding down my bank close by the river rod held high. As he reach me he asked “how have you been doing, caught anything?” He didn’t wait for an answer and just proceeded to tell me how well he had been doing. To my relief he then strode off back towards his car. Turning back to the river I found that the fish had gone down and despite waiting a good half hour they never came back on the feed. He had spooked them good and proper. 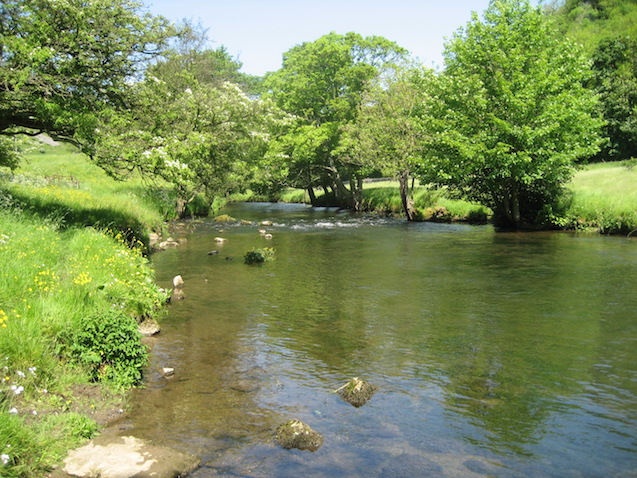 Work used to take me to Preston a lot. If I could I would use this as an opportunity to go and fish the northern freestone rivers, the Ribble or Lune, the Wharfe or Aire, the Eden system. 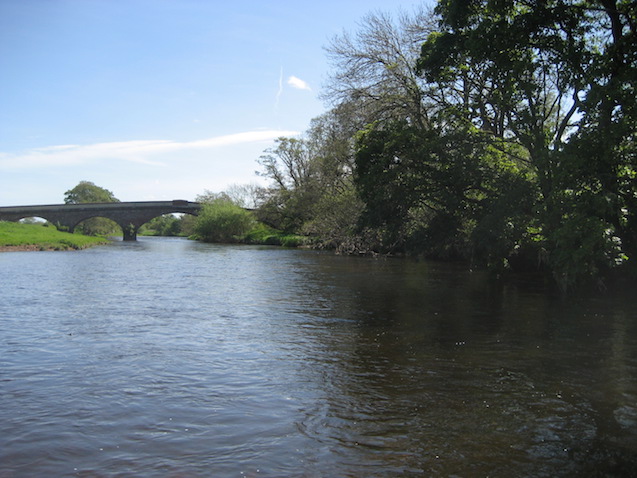 The Eden Rivers Trust Go Wild passport scheme is a great way to access fishing on the upper Eden. It was May and I arrived at my beat early to beat any rush. The sun was already high in a bright blue sky and the Eden was low and clear. I parked by the old stone bridge and made my way downstream to the bottom of the beat. There were no other cars at the pull in and I had the river to myself. My heart quickened as I saw the first rise and then before my eyes the river came to life with fish moving everywhere. Large olives were emerging and the fish were making hay. I tied on a Klinkhammer and set about catching a fish or two. In the low clear water the fish were spooky, if I didn’t take the fish I was targeting first or second cast they would switch off. Rising fish drew me on upstream. 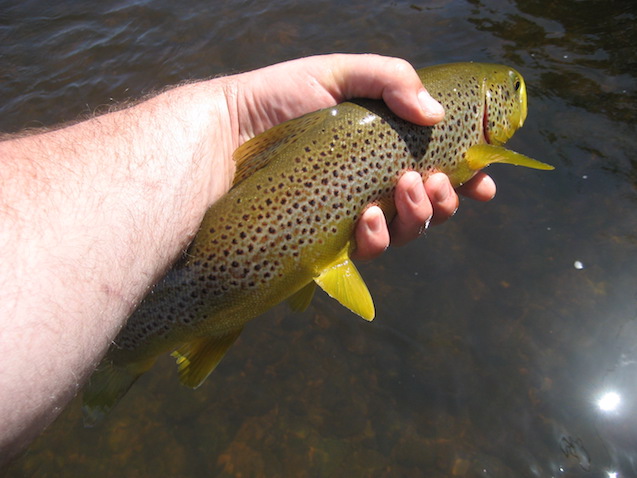 A nice Eden Trout to the dry fly

Mid-morning I was gasping for a coffee so I waded back to the bank and sat on the edge; inquisitive cows milled around behind me torn between their curiosity and their fear. To my surprise I saw another angler drop in by the bridge and start to fish downstream towards me. He looked to be fishing a team of wets or spiders across and down, his rod tip held as the flies swung through the current. It seemed odd to be fishing wet when there were emergers and duns on the surface. He didn’t catch anything. I thought he hadn’t seen me but then he raised a hand in recognition. He continued to work downstream until he was twenty yards from me at which point he turned and waded back up the river to the bridge, at which point I lost sight of him. I guess he went back as I had already fished through the bottom half of the beat. Working back up to the bridge not a fish stirred.

I’m a member of Salisbury & District Angling Club, S&DAC. Some of our beats are for sole use. You go to the tally board and take the tally or turn it over and you have the fishing to yourself. Some of the beats are for a limited number of rods, if all the tallies are turned over you find another beat to fish. If a tally is left unturned you can fish. The fact that some tallies have already been turned warns you there are other rods on the beat. It is a very good system and helps maintain good etiquette. We have a few beats where there is no limit to the numbers fishing; this can cause problems. 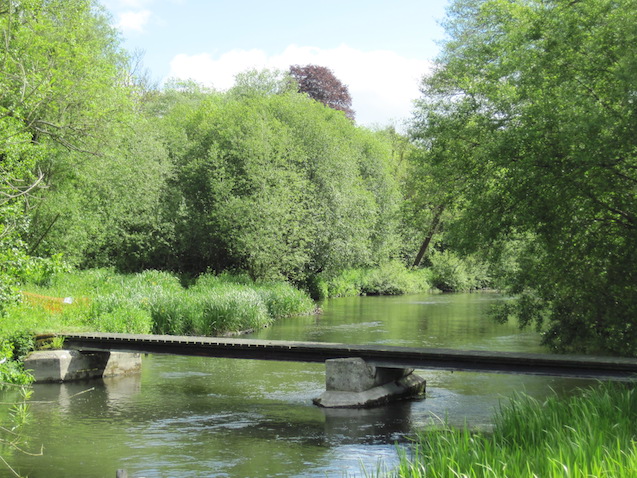 The Avon at Amesbury

It had been a funny year on the Avon. The water never really cleared for some reason. It ran milky all season and no one seemed to know why. I’d heard on the grapevine that the mayfly were on and that the fish had started taking them so I headed over to Amesbury. It was early when I arrived and there were no cars in the car park by the recreation ground. Nothing was happening on the river so I walked all the way to the bottom of the beat and had a coffee before starting back up. Whilst it was a nice day weather wise it took the mayfly some time to decide to start hatching and even then it took the fish some time to notice them. I was half way back to the hatches when I saw the first rise and I was on it in a flash. My favourite mayfly emerger was well received and a rather unexpected grayling came to the net. As I slipped the lady back I noticed a more trouty rise a little way upstream.  t moved some water so I guessed it to be a better fish. I didn’t want to rush this one so I poured myself a coffee and sat watching the fish whilst I formulated a plan of attack. Just as I was about to take up my rod two anglers appeared out of the woods on my bank. There is a bypass path that means you don’t disturb the water as you walk down. The first spotted my fish and immediately cast to it and caught it. I was seething. The second rod saw me and said something to his mate at which point they disappeared back into the woods. This is a big beat and it isn’t practical for every angler to start at the bottom and work up but that is no excuse for covering another man’s fish.

Different clubs and syndicates have different approaches when it comes to rules and regulations.  S&DAC produce an excellent year book which clearly lays out all the various rules that apply overall and each beat page details those that apply to that beat in particular. The Little Syndicate I’m a member of has no rules that I aware of. Rules are there for a reason and I know of a number of clubs who have lost fishing because members have broken the rules. I’ll confess to having broken or bent a few rules myself over the years, so it is difficult to take the moral high ground, but I’m trying to redeem myself.

There has been a lot of press of late about plastic waste in our oceans but the problem extends to all of our waterways. Most anglers want to fish in beautiful, peaceful places. I don’t remember a day's fishing when I haven’t seen empty bottles, crisp wrappers or other rubbish in the river. This ruins the experience for me and is a hazard for our wildlife.

On another visit to the Derbyshire Wye at Monsal Dale I was nearing the top of the beat when I spotted something hanging from the tree on the opposite bank. I thought it was a bird but as I got closer I realised it was a bat. Wading carefully across I used my FlyTriever to reach up and draw down the branch so I could reach the bat.   disentangled it and removed the flies and leader it had got caught up in. The bat seemed lifeless but in my hand I could feel it was still warm. I tucked it inside my fleece whilst I dealt with the old line and waded back. After a few minutes I could feel the bat wriggling so I quickly released it hoping it was unharmed. 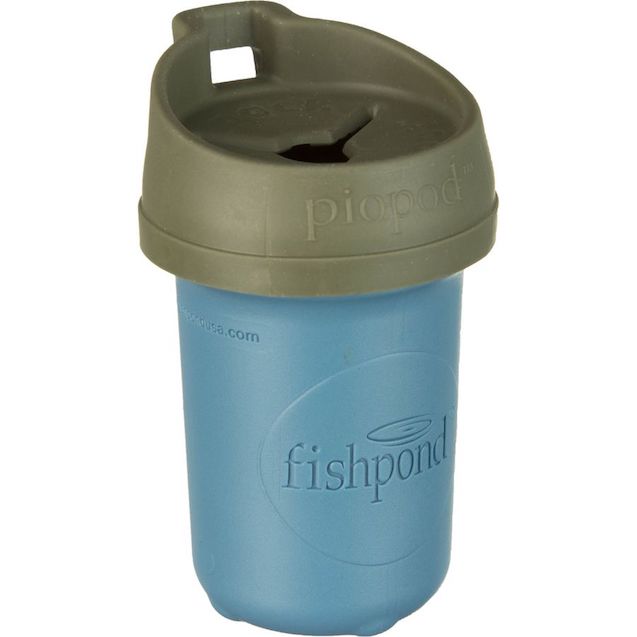 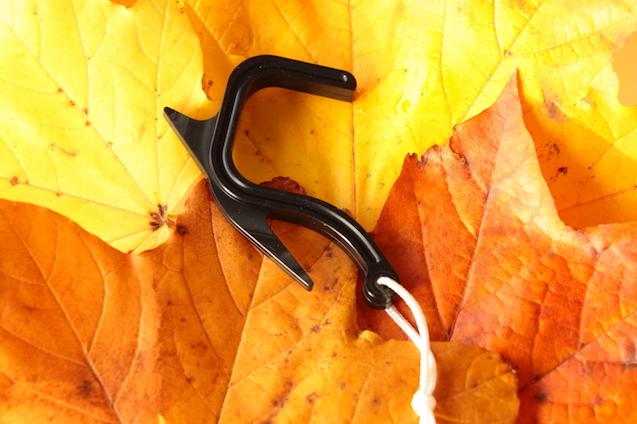 Fishing in itself can be detrimental to the environment. Cutting weed can reduce invertebrate densities and diversity. Mowing of paths and cutting of marginal vegetation can damage habitats and reduce biodiversity. Wading can disturb spawning fish and damage redds.

During warm weather fish can be stressed by strong sunlight, excessive water temperatures and low oxygen levels.  Particularly if water levels and flow rates are low.

Our wild fish are a precious resource and we should treasure them and treat them with respect. But that respect should also extend to stocked fish. In the past I’ve been guilty of the grip and grin. Trying to capture the perfect picture of my catch for posterity and for self-aggrandisement.  These days I still take the odd photo of a fish, particularly a notable one, but I try to follow best practice in doing so. 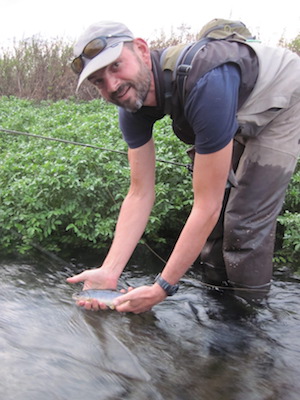 A quick snap of Charles with his trout

I haven’t killed a fish since 2004 when I took a couple of char for breakfast during a visit to northern Sweden. All my fishing is catch and release, much to the frustration of my mother who would dearly love me to bring a fish home for the pot. I have nothing against people taking a fish or two, particularly stocked fish.

A lot of what I have talked about relates to fishing our rivers but applies equally to bank fishing still-waters and fishing from a boat.

So, next time you're out fishing have a think about how good your angling etiquette is. Respect others, respect the environment and respect your quarry.

For information on practicing catch and release and photographing fish check out the Keepemwet website:

Information on the Eden Rivers Trust and the Go Wild passport scheme can be found on their website:

The FlyTriever is manufactured in Cumbria by my mate Paul. Visit his website for information on how to purchase one: