Steffan Jones is the author of the newly published book, Sea Trout - Tips, Tricks and Tribulations reviewed in the last edition of ESF. We caught up with Steffan to find out more about what goes into writing and publishing your own book. 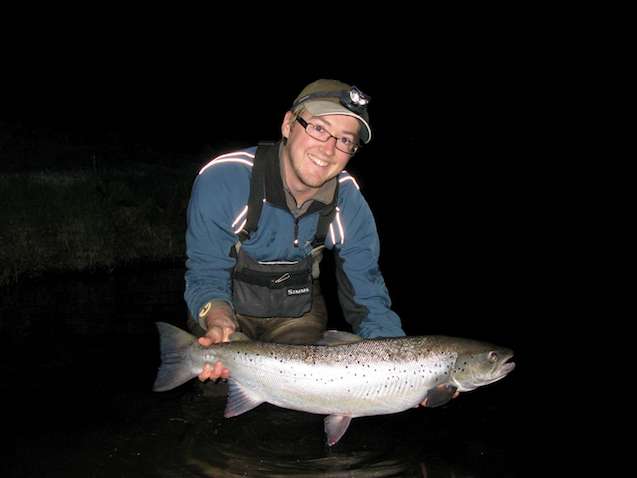 Steffan, first off, we’re big fans of the book, many congratulations on putting it together. Has it been a labour of love?

Thanks Pete and thanks for the kind words along with your support through ESF. It most definitely has been a labour of love. It’s a bit like guiding in a way; yes, it’s work, but essentially you do it because you enjoy it, you enjoy watching others enjoying what you sometimes take for granted, whilst also adding or giving something back to the sport. If I help someone along the way through my writing then that is what I will gauge the success of the book on.

Is it something you have thought about writing for a long time?

It took me ten years to compile. I did think about writing/finalising it a few years ago, but upon reflection I am glad that I held back, as it would have been rushed and somewhat lacking due to experience or changes in thought processes. I may reflect on the book in another decade and surmise the same, but I am pleased with what has been published at this juncture.

When working on a book you really need targets and what gave me a completion target was the birth of my daughter; I wanted to finish it and dedicate the book to her first birthday, which I did.

How long has the process taken until the books arrived on your doorstep?

Patience is a virtue in this respect and certain aspects can be easily overlooked or rushed if you’re not patient, to the cost of the final product. I remember reading that writing the content was the easy part, which I laughed off. However, I can assure you that it is. There is so much work to do after you have finished writing, certainly if you want it to read well and be well presented. From finishing the writing to the books arriving took six months, but it was worth the wait. My advice would be this; if it has taken you years to get to a given stage, then a month or two more will not do any harm if you want to do justice to your work. 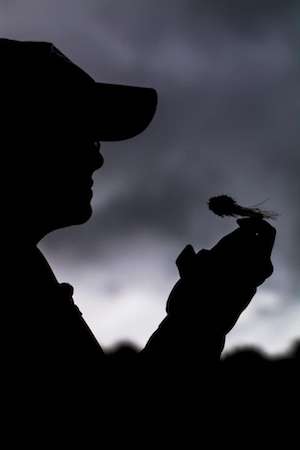 Did the background planning take a long time from organising chapters to photos?

I had sketched out the book multiple times over the years. I wanted to break the book down into easily digestible chapters. Doing this would also help keep me interested as I wrote, rather than having a daunting task ahead of writing a full book in one hit. I had no structure in mind at this stage, that came later when the chapters were read and their placement ascertained. It needed to flow, like any good story. This takes time and consideration. Images were fairly easy, given that I am fortunate to have amassed a large library over the years. They were largely worked around spaces that needed filling, whilst being pertinent to the subject matter of the chapter.

You’re recognised as an angler closely associated with sea trouting and have a deep understanding of the fish. Do you think this has been a big help in the writing?

I am just fortunate to live where I do and to have been given a great introduction at an early age. The introduction swiftly manifested into an obsession. I have never really been happy with just catching fish. I like to understand why certain things happen; essentially, applying reason to proceedings. Given that I could spend countless days and nights working out such formulas it helped me gain my understanding and essentially what I have presented in the book. Don’t get me wrong, a lot of what I write is speculation, of course, as no-one can say that they definitely do ‘A’ because of ‘B’. However, it is informed speculation and I have witnessed certain things happen on too many occasions for it not to hold some basis.

Why do you think it has taken such a long time for a book like this to come along?

In all honesty because I don’t think one was needed. If you reflect on sea trout literature, two real bibles stand out; Hugh Falkus’ sea trout book and then Moc Morgan & Graham Harris’ book. They are tough shoes to fill! It’s a case of ‘if it’s not broken, don’t fix it’. However, I believe that I present a different view and stance on many aspects relating to sea trout, hence why I was eager to at least present a different angle for anglers to explore. I am not saying that what I have written is better, it is just different. I will leave the angling community to judge the outcome.

Did you have plenty of advice or was there always a direction you wanted to take with it?

I had zero outside influence on the vision. I very much had a final product in mind, both from the design and content perspective. I wanted it to be modern in both the content and also the style. Self-publishing allows this, but not without its challenges.

When the book was finished did you take it to many people to read before it went to press?

I always had a small handful of people in mind to pass judgement before releasing it mass-market. This ranged from fishing friends who could comment on structure, through to those that are far more capable than me to adjust grammar and pick up on typos – you definitely get word-blind to your own work in the end. I insisted that they were brutal, as I did not want ego stroking. Their input and insight was crucial and this is a stage that should not be overlooked.

Was this a nervous moment for you?

More than I could ever express. Whilst I was happy with the final product, there was no real way of gauging response of the final product until the first few books were posted. Yes, I had feedback from friends, but they knew me. What would others make of it? Will it just be seen as a shadow of previous sea trout books? My age was a consideration too; to be taken seriously on the subject matter when most write such books much later in life. However, after all this, I literally reflected upon the fact that if I helped a handful of people gain greater enjoyment from the sport then I was happy.

Did you ever think you should have added or left anything out?

As the months progressed and the book began to take shape I would always think about something that needed inclusion. At such times, no matter how small the detail, I would make a note and find a suitable place to insert it. As such, I am confident that what is presented is encompassing. I would, however, include a chapter on S.America sea trout if I were to write a second edition, as there are some peculiarities to explore there.

What made you decide to self publish?

Quite simply to keep complete control. I enjoy design work, this was fortunate because I could design the cover and content myself without relying on passing on my vision to a designer who may not be able to recreate what I had in mind. Further to that, I could do little things that many may overlook – such as a black and silver hard cover, then a matte finish dust jacket etc. I did not want to be inhibited in this vision, so self-publishing worked. I also like such projects and learning processes rather than just passing it for someone to fulfill your vision. 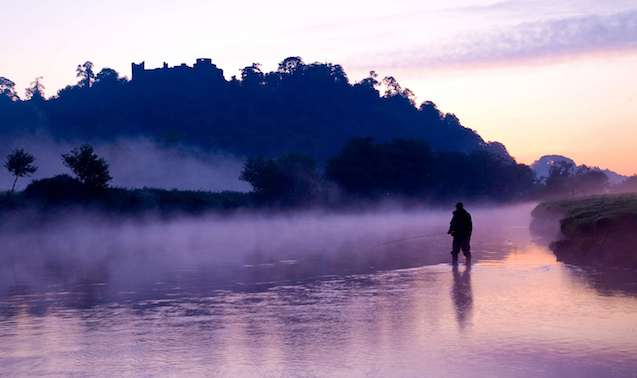 Yes. You have to be REALLY dedicated and ideally form a routine. Also, try and give yourself a target to work towards, otherwise it will get forgotten about or you will lose interest. Again, my drive and target was my daughter’s first birthday. She would wake at around 0600 for a feed, then go back to sleep until around 0900. I could never go back to sleep between this time and found myself wasting time playing around on Facebook etc. As such, this gave me the impetus to focus myself and get typing. I set myself a target of 1,000 words each morning and kept to it rigidly. You would lose the direction and flow if you missed a morning, which was lesson learnt early on. Routine is key.

Beyond that, the publishing aspect is as difficult as you want to make it, basically. I went down the most difficult route possible; editing, designing, indexing, formatting etc. independently, whereas all of this can be passed on and paid for if you prefer.

How can people buy the book?

They can email me directly and I will gladly pass on payment details. I am posting out directly, so am more than willing to sign copies as needed. book@sea-trout.co.uk The cost is £33.50 posted within the UK, £40.50 to Europe and £45.50 to Canada and USA.

Is there a sense of relief and excitement the project is now over or are you looking at something new?

Yes. It was a seriously nervous moment when the books turned up. Essentially you were hoping there was no damage and that the main delivery reflected the advance copies, which they did, thankfully. It is great to undertake the process and now start to see people enjoying what has been created, that is a real special moment and brings a smile to my face. As for a new project; I am going to reflect on this one for a while before committing to anything new, but I enjoyed the process so will definitely work on something in the future.

I bet you must be counting down the days until you can swing flies for sea trout again, right?

I am fortunate to disappear to S.America every February. This gives me a great release, so I am less excitable when the season starts. Whilst sea trout are my first love, I love all types of fishing. As such, I have learnt over the years to fish the seasons and conditions. I get great pleasure from early season brown trout fishing and tend to very much concentrate on them in April and May before switching focus to sea trout in June.

Lastly, if it had to be one more night on one more river where would it be?

There are pools on certain rivers that conjure special memories, and they will always be in my mind, as lucid as the day/night I fished them. However, in terms of a river the Teifi (the Queen of Welsh rivers) is where my heart belongs and where I would choose to lay my last line.