I have still been thinking a lot about the impact of sewage treatment works since I wrote about it in the last edition of ESF.

Looking ahead, I really do think this is going to be an issue for us all as more house building takes place, putting yet more strain on ageing sewage treatment works that are already struggling.

My continued worries turned to anger when I was alerted to the issues that the River Avon in Wiltshire is facing.

Since 2015 increased effluent discharge from three sewage treatment works on the river have caused an alarming rise in phosphate levels, a major cause of water quality deterioration.

It is horrific to hear that phosphates levels have risen by 50% to more than double the required maximum for a healthy river. This is before further expansion of housing in the area. Wessex Water have acknowledged that the sewer catchment will be unable to cope with extra demand.

The water quality issues that are having severe impact on the fly life in the river that will, in turn, affect the fish, birds and other mammals too.

This might sound a little over dramatic but lets get some prospective on this for a moment.

The fly monitoring surveys that take place on the River Avon show that mayfly numbers on four different sites on the river between 2015 and 2017 have fallen by between 93.4% and 99.8%. Yes, please re-read that. 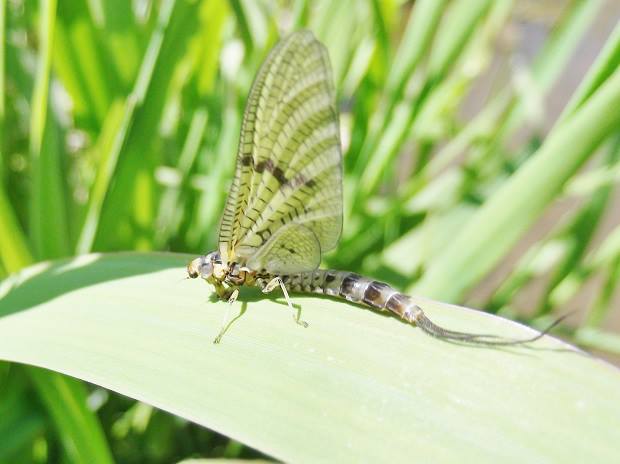 Also, on the same sites, the Gammarus (shrimp) population has fallen between 86.3% and 95.9% in the same period.

The Salisbury and District Angling Club have contacted the Environment Agency with these findings and are awaiting a response.

As someone writing this sitting in Devon I can easily say “it’s not my river” but that isn’t the point. I highlighted the same thing IS happening on my river and there is a good chance it will be on yours too.

With Wessex Water admitting their sewage system can’t cope with extra housing what will they do? To me there appears only two options. They continue to allow the phosphate levels to rise and strangle the river or they invest in their systems to make them better and more eco-friendly.

Digging a little deeper it appears that they are doing some work on the fringes but is this going to be enough?

I await with great interest the reply from the Environment Agency to these alarming figures and will report more when I find out.

I have been lucky enough to fish the Avon on a few occasions and hope I might get to do so again before it is too late.