Once upon a time…

A little boy stood with his father and gazed into a crystal depth. Life was there, worlds were there. Weed grew, bugs leapt and busied themselves. His father told him of fish that swam in the depths and noiselessly sipped flies from the coiling surface. It was mesmerizing. Out of worldly.

The boy grew and became ensnared in this natural web. It was a spell. The same spell that has gripped generations.

The river, like the boy’s father, is gone…both bright sparks that have been extinguished: one by natural rhythm of life, the other by a creeping spectre that haunts our natural resources. Greed.

With the passing of that river what remains is a ditch of nothing - save nettles, weeds and memory. A place that was home to trout, starwort, kingfishers, watercress beds, minnows, so many minnows, shrimps and a whole pyramid of extraordinary life from broad base mini-beasts to apex pinnacles. It was there: all of it.

Once upon a time…we had checks and balances.

Once up on time we had provision for the people that lived in the communities.

Once upon a time.

Once upon a time we had a moral environmental compass and a natural way about us - those of us who were fortunate to live in and around waterscapes and countryside. No it wasn’t all rosy. The period gave rise to intensive farming and increased use of - some might say - “dubious” fertilizers. But there were fewer people and of course, less pressure. But we grew up, for the most part, and were taught to nurture the worlds we waded or walked through. That was the way I was brought up to fish. We fished by, and with, the seasons; we celebrated what we caught - or didn’t. It wasn’t expedient and certainly not transient, nor commercial.  We simply just loved fishing. 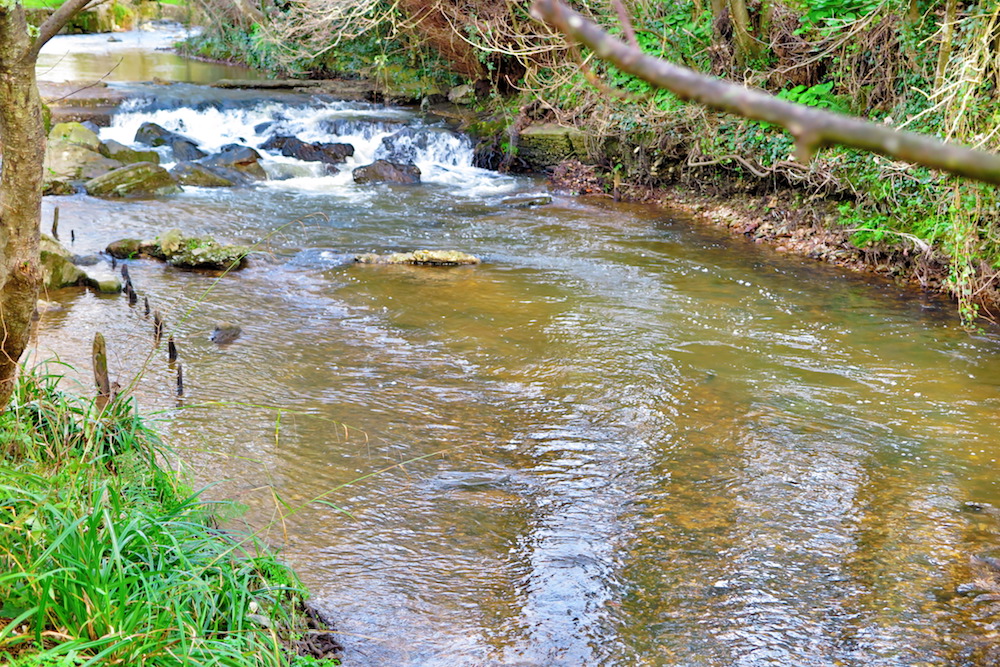 That is not to say people don’t now - they do. But our vision seems to have changed. Oddly, people seem to seek some form of quasi-notoriety.  Existing now is a neo - first-look what I have caught – or how many – mentality of short-term celebrity. We all do it. We all fall prey to its vicarious, Fish-hero ways. Frankly, there is a price to be paid to our rivers lakes and streams, and unwritten “payback” with our soul and care. We are the wild places custodians. Rivers especially, are not just places for Facebook warriors. Rivers need us to care and invest our hearts in them.

We need to be far more collective, as opposed purely #me. We so often deride organistaions for not representing us and our collective (that word again) thoughts and aspirations. Well, it is probably our apathy that created the very thing that we loathe or deride.

However, and there is a cautionary tale here; I remember being part of an enthusiastic audience in Stockbridge and being introduced to the magnificent Chalkstream Charter - and what a grand design it was -  presented to us by politicians, spokespeople from leading angling organisations and conservation bodies and jolly impressive the words all were that we heard from that top table. But now we need the action. Not words and endless meetings with Westminster mandarins that lead up more blind alleys than a sightless rat.

Action. The meetings, hyperbole, the press release spin, must, *must* come to an end and we have a concerted action plan, if we are to save anything for the future.

Remember, we are up against monstrously large corporate juggernauts…. that have the power to crush individuals like a pea under a size 10 wader boot. Collectively, however, we have a voice.

Never forget, small voices resonate if they are pitched at the right note.

As Churchill was moved to say: Never underestimate a minority.

So, If we are not happy with the current status quo, then we have to implement and mould change. Either this is done by voting for change from within, or crafting a voice that better represents us. Either way, we must unify. We are not, as a group, unified. Nowhere close.

I am not hectoring. I am not backward glancing. But I am frightened for our natural futures. Very.

Some might well criticize my stance, suggesting: “Well it’s OK for you; you have had a lifetime within the sport, you have been afforded a “living” and it has taken you to places most of us only dream.”

All true. And I have loved every moment. But...

“But”, I have joined, supported and put the sport's well-being, I hope, before short-termism and personal gain. I hope that I have added and not subtracted from the sum of the parts and striven to make a difference – no matter how minuscule that difference might be. One person fishing, or informed sufficiently to take a closer look at the sport – to better participate – makes a difference. To all of us.

Having veered from the point a little; I remember someone saying, years ago, you can build a reservoir but just try making a river. Now we are, bit by bit, death by a thousand cuts, killing rivers.

Recently - in this journal actually, a petition was highlighted regarding the pernicious and natural ruinous expediency of water companies and water abstraction on our prestigious rivers. There has always, especially in the south, been a war waged regarding ground/ subsurface aquifer abstraction.

This time, people not only are rightly alarmed that even more flow pressure is being applied to our chalk streams, but an industrial tourniquet is being applied to flows that have long been the fuel of the classic rivers so revered globally. The problem, and it is considerable, is that many fishers see this action as just the braying and whining of - perceived - Rich  people with vested interest in letting rights and ulterior commercial motives. Wrong. 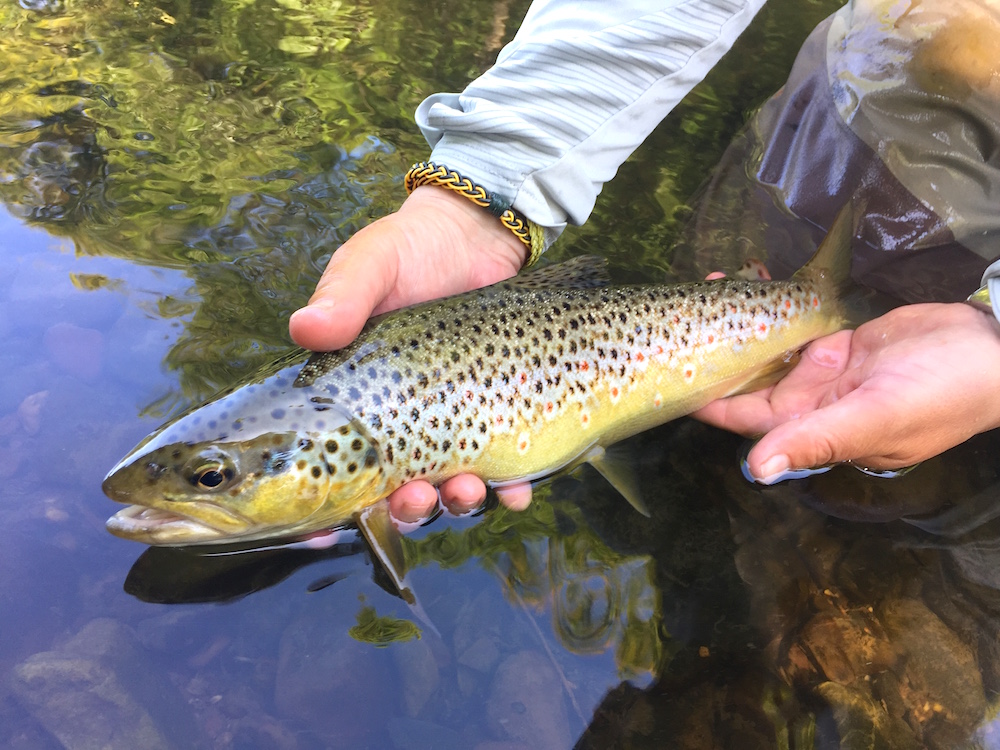 Simon Cooper who runs the excellent Fishing Breaks operation in the heart of chalk stream country pointed out the very same in his newsletter and signified a vested interest. But a conservation and moral grasp of the reality must happen to everyone and everything surrounding these fragile habitats. It is the ultimate house of cards, tease one from the structure and the whole thing wobbles and is in danger of collapse.

Howard Taylor – again someone with keen commercial interests in the river is assisting in the delivery of legal documents, putting the alternate point of view to the water companies. In so doing representing all of us, not just a myopic commercial position.

Moreover, I would argue, this is not an issue that affects the minority, but actually, anyone with even a passing nod and interest in the natural kingdom and a deep-rooted desire to preserve our pressured and embattled countryside.

The clarion call and cry should be: why, in God’s name, are water companies not building reservoirs? Why? Every other country seems to retain water; even drought-stricken California seems to organise enough for its millions. I know there is contention there, but even so.

But this country….? One of the wettest (still) in the world.

So, is there a plan? Is there funding? To the first bit: no idea - one would hope so. To the second: of course there is,  just look at the prodigious profits of water companies.

Why do we - all of us - endure higher water costs, when water pipe leaks go undetected or fixed. Why is raw sewage spewing into the environment at the rates it has been measured at. Why is there, seemingly, no future planning for water provision? Could it be so that greater and greater profits may be shared amongst stake and shareholders. But why?

We have just, through some sublime lobbying and hard work by Howard Taylor and his team, reduced the draconian abstraction figures that was to be put in place by Southern Water on some precious – and precarious – chalk streams .

A week is a long time in conservation, it seems – to paraphrase.

But the issue will return, believe me (and others); it will.

And how morally justifiable is all this? Do we not owe something to the world in which we live? Do we not have to pay some sort of moral tribune to the places we fish?

We have a role and responsibility in all of this, too.

Even tiny gestures: nylon waste (don’t get me started on that one) , litter and how difficult is it to bend down and pick up a crisp packet, food wrapper or similar left by someone else; as opposed, “tut-tutting” shaking the proverbial head and then, walking past expecting someone to clear up thereafter. Not on. Do it yourself. I digress.

I know that Sir David Attenborough - bless his national iconic socks - has not highlighted this plight. If he had done, what he has done so magnificently for the seas - and the hideousness of plastic invasions - we might be in a much happier place. As it is, we need to get off our collective backsides and do something.

Right to an MP. Visit a MP’s surgery - especially those whose constituency these precious resources run through or affect. Make your - our - voice heard above the disinterest and the greed.

But have a say.

For that is it, right there: money (read: profit), is the root of all evil – or so I am told. Money and profit  must not be put before the natural world - it is as stark as that. And money must not even be a consideration when trying to preserve waterscapes that have survived for thousands of years.

How much is a river worth? How much is the electric flight of a kingfisher or a mayfly weaving giddily into the air? Or a trout lifting between columns of water crowfoot? A water vole busily being busy? How much? Priceless.

And to some of us, everything.

Just PLEASE make you voice heard. Wherever you fish; whatever you fish. Join something. Be resonant. We can make a difference:  we can make a stand and we CAN make our voices heard. But we must be unified to do so. We also must ensure, that those whom have elevated themselves to represent us, do just that. Stop tinkering about at the edges: Stop appeasing: Don’t acquiesce. Act on our behalf and not to curry favour with government or politicians. Be visible and resonant among us; Earn our support, respect and numerical clout; don’t assume it, or worse, take us for granted or play numbers games with other agencies.

If we are to have a resounding and strident voice it MUST be free of ambiguity and duplicity.

We must fight for our natural world with sincerity: not toadying complicity.

Once upon a future…..

An old man tried to explain to the small girl and boy, as they gazed at the weed-tangled and dry gravel splattered ditch, why his generation failed and stood by as the rivers dried…it was a hollow excuse.