Early in the trout season, after a long winter of fishing heavy nymphs for grayling on a euro-nymphing line, I want a change. I want to do some proper casting rather than chucking. I want to fish a dry fly. The TPX is often what comes out of the fly box. 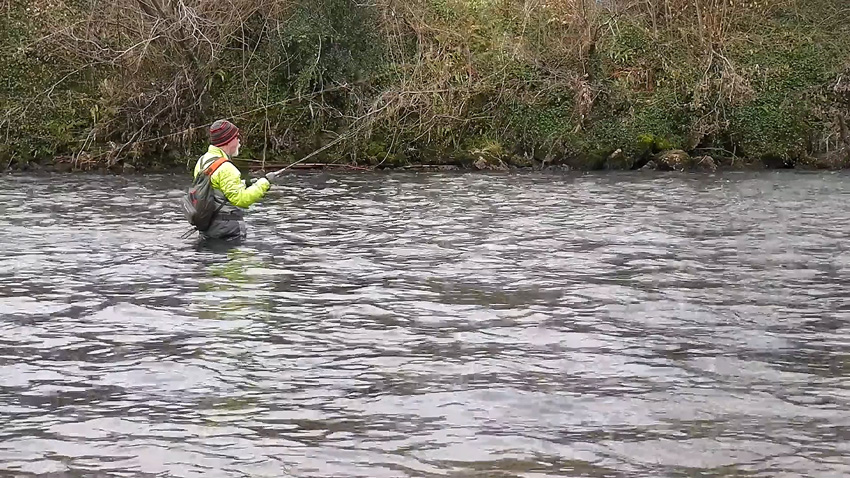 Those of you who read ESF regularly will have possibly noticed that I use a lot of synthetic materials in my flies, organza in particular. There are two reasons for this. Firstly, they last a lot longer than flies tied with natural herl and hackles. I just got fed up replacing flies tied with pheasant tail, peacock herl and other avian stuff and I find that synthetics work just as well. Secondly, after tying many thousands of flies over the years I’ve developed an allergy to several natural fly tying materials. Deer hair is the worst; I only need to tie one fly and I’m itching all over. The tiny bits that come off and waft about when you trim the butts are the worst. That is eye-watering, literally. I can use some dubbings if they have been processed but using raw rabbit or hare’s mask is just not worth the irritation anymore. I don’t bother much with dry fly hackles these days either and while CDC is OK in small amounts, I’d frankly rather do without. I’ve been using synthetic wing materials for a long time now to tie very effective flies such as the Aero Dry Wing F-Fly (ESF #18).

Nowadays I only tie synthetic winged dry flies, actually sometimes totally synthetic dry flies. The TPX is one such fly. It can be tied with just a very small amount of dubbing used purely to tidy up at the end of the tying. If I’m having a sensitive itchy day, I’ll do away with the dubbing and use the organza rib to finish off the thorax. 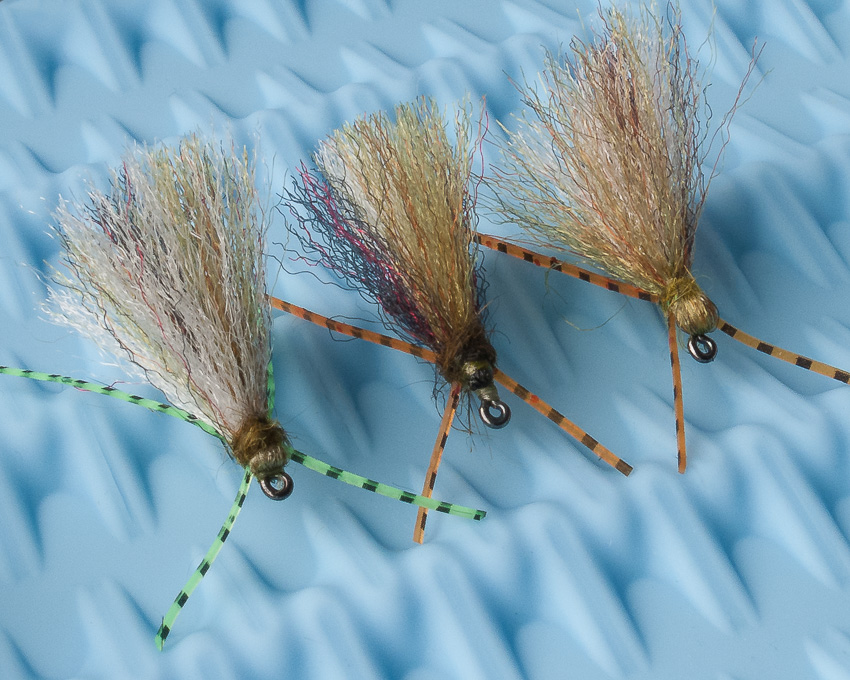 I like the Hends BL554 as a foundation for these flies. The choice of hook may seem strange; it’s a pupa or nymph hook, not a typical straight shank fine wire dry fly hook. However, I like to have a bit of weight in my dry fly hooks. It gives the fly a keel and keeps it sitting nicely upright in the water. It’s the same principle as having a ton of lead in the keel of a sailing yacht; without it the boat would heel over on its side from the pressure of the wind on the sails. The curved hook also has a nice shape that lends itself very well to tying a semi-emerger pattern that will fish with the back of the abdomen submerged.

Using synthetic fibres makes for a very strong wing. When tightly tied in and doubled back they cannot be pulled out and the folded section makes a nice rounded head on the fly just behind the hook eye. The mix of fibres in the wing is the key to an effective fly. The different textures of fibres give a wing that takes floatant well, sheds water on casting and floats the fly all day. I used to tie them using just ghost fibre and poly yarn until I discovered EP Trigger Point. EP-TP fibres are available in a large range of colour blends which can be used individually or blended together to give further variations in hues and colour. I mostly use the reddish-olive, march-brown and black versions and blend them in different amounts with olive ghost fibres and cream poly yarn. The precise blend and colour is not that important to me. I just aim to have some different overall tones for a couple of reasons; if the fish are being fussy I can change the fly or if I’m fishing in different light I can change to a fly that I can see on the water. 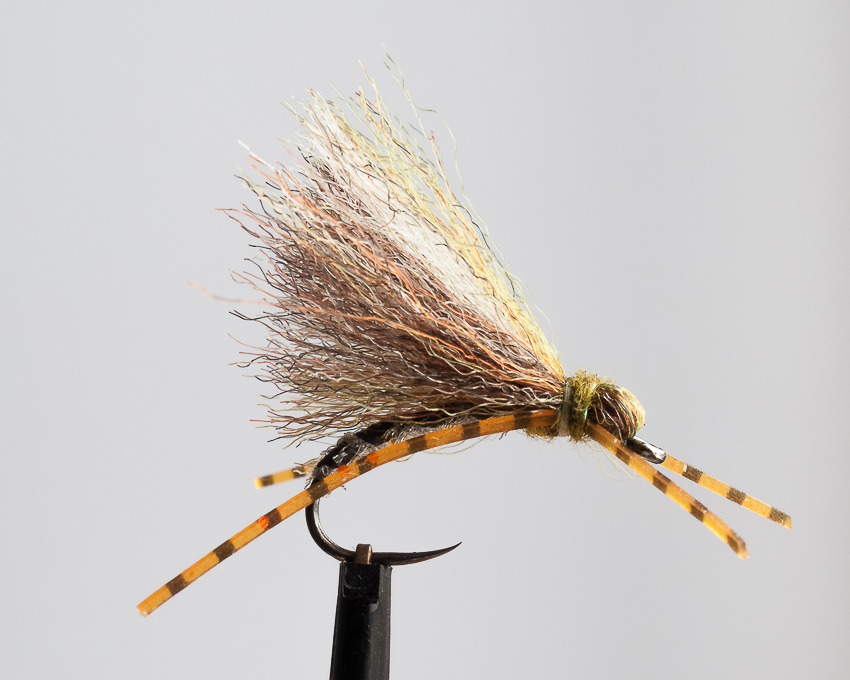 I also tie the TPX on a couple of sizes of jig hooks, so I can use them as the indicator fly in a duo with one of my small weighted nymphs. That lets me switch back and forth between fishing the TPX on its own and attaching a nymph to the jig eye with a length of tippet to suit the depth of water I’m covering. 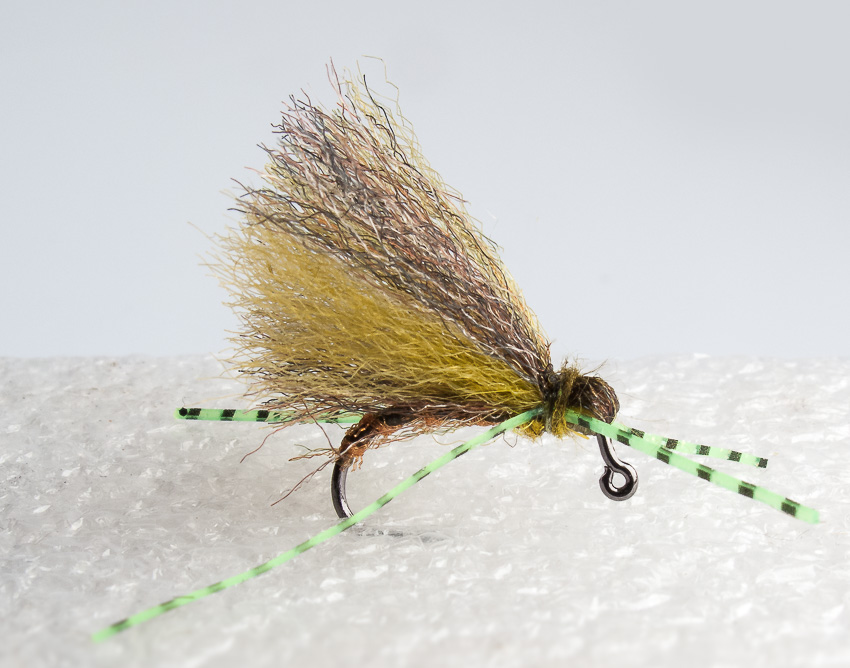 The colour and visibility of the wing can be varied by the colours of wing fibre you use, the degree to which you blend them together and the way that you tie in and fold the bunch of mixed fibres to form the wing. The version below was tied to visible under dull light conditions. The TP and ghost fibres were blended together and then placed on top of a length of poly yarn and tied in with the poly yarn next to the hook. Folding back the wing creates a contrasting light stripe in the centre of the wing making a very visible fly. 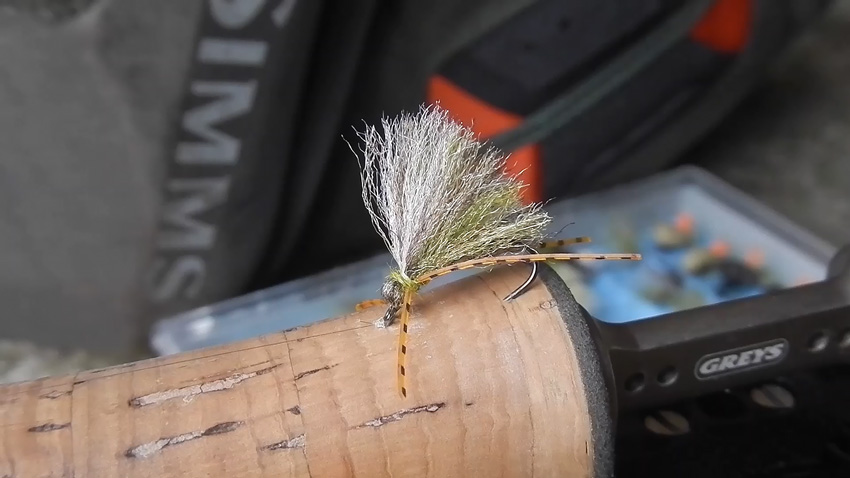 These are my go-to flies for the early part of the trout season in Wales in March. The rivers may still be running cold and often high, but there will usually be some Large Dark Olives and March Browns about in the middle of the day. I’ll load up a day box with some different colours and blends of the TPX on standard and jig hooks so that I can ring the changes between dry fly and duo and enjoy some casting instead of chucking. 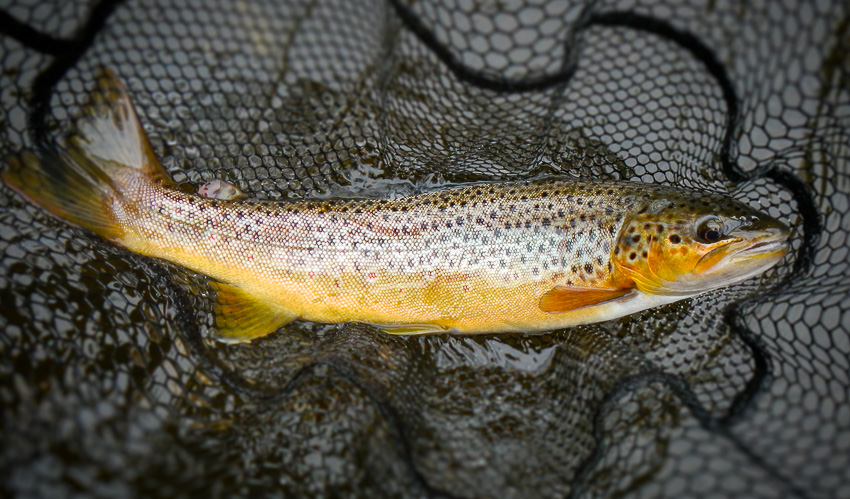 If you fancy tying up a few TPX you can watch me tying one below.