This month Allan Liddle take us to Inverness in search of trout from a float tube.

Dava Moor south of Inverness, bleak, windswept, barren, rugged and beautiful, full of surprises open spaces with a backdrop of the Cairngorm Range and home to many many wild species and a real jewel almost dead centre Lochindorb.  Lochindorb as traditional a hill loch you can find and with its castle on an island in the middle, heather clad surroundings, frequent fly pasts from the local grouse, all you’d need add is a bottle of whisky (distilled not all that far away) and a tartan clad piper (you’d not need travel far to find one of these either) and it could have come straight off the front of a shortbread tin.  (Again produced a mere thirty odd miles away as the crow flies.) 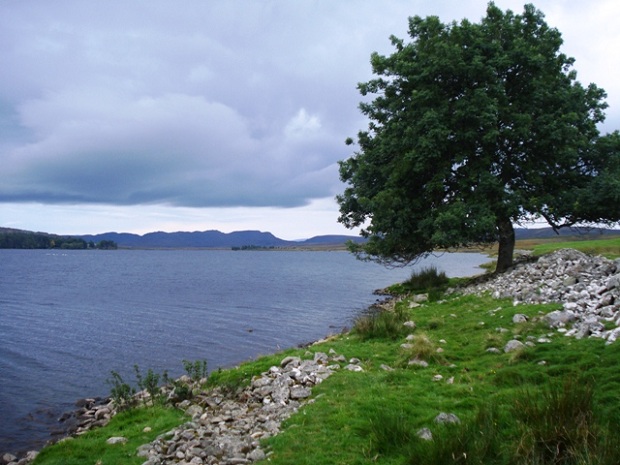 Come May time you’ll find me plying the rolling often white crested waves with a short line and team of traditional flies chasing the lightning fast 3 to the pound fierce fighting resident typically Scottish wild ‘broonies.’ albeit a rather big one at around 2 ½ miles from end to end and about a mile at its widest, which all means more water for the roaming angler to explore.

Add to this a ruined castle in the middle, big house and accompanying servants quarters on the shore, heather clad surrounding hills with grouse barely skimming the surface and a backdrop of Cairngorm which goes hand in hand with fishing that is as traditional as it gets. 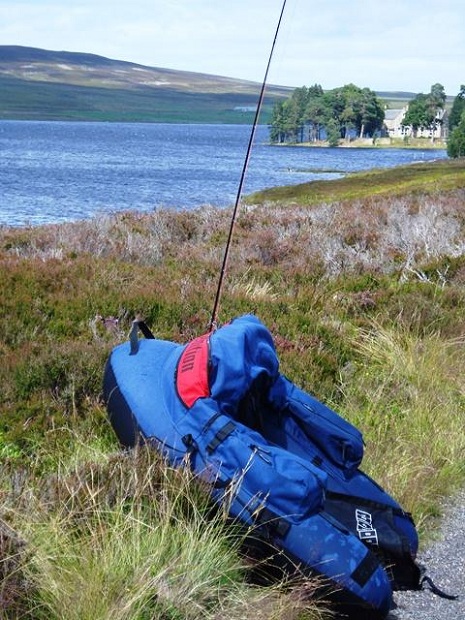 Not for the feint of heart, short lining bushy bob flies in a rolling wave certainly gets the pulses racing as fish seem to appear out of no-where to attack the ‘dibbled’ fly, traditional stuff albeit now fished out of the not so traditional float tubes as sadly there are no boats available here anymore.

But that said plying your trade from the shore isn’t too shabby either and working across the wave, or wading and working your flies ‘short line’ (similar to how you work from a boat, something many don’t realise you can do opting instead for the big cast and long steady pulls).

Fast and furious sport to be had especially in the big waves this water can be so famous for, however as exciting as all this can be it’s with a simple team of two dries I generally opt as first choice when approaching our wild trout, not always but almost.

Reason?  Simply put this can be, without doubt the most satisfying and rewarding approach offering total visual and often memorable sport and Lochindorb trout simply love picking off vulnerable surface flies, in fact there are times you would swear they’ll take nothing else, big waves to flat calms fishing dries on a natural drift: deadly. 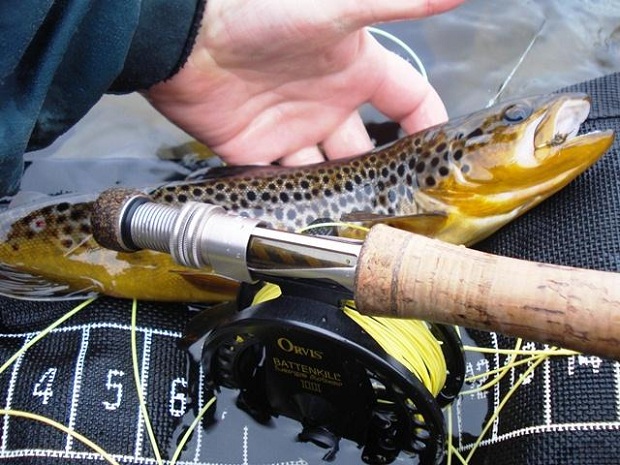 Pattern choice won’t trouble the ‘Little Grey Cells’ too much either as simple, semi-submerged patterns such as my wee Bibio Emerger, or a Hopper or two always worth a ‘swim’, however anything that sits low or ‘arse in the water’ style sends out the ‘come and get me’ signals trout love. 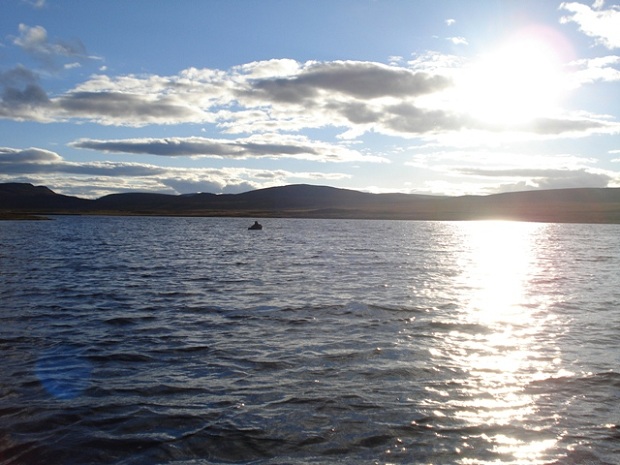 Early season there also the chance of a visit from the native heather beetle our Gamekeepers dread, silver lining of course is that the trout don’t and a small foam backed pattern when these wee beasties are about can get the fish ‘lining up’ so much so I’ve witnessed times on this loch when you’d swear almost all the fish had decanted to the one area to indulge in this ‘feast from the heather.’  Another wee trend I’ve found when our native trout are on the Heather Beetle is that pulled, or even slowly figure of eight retrieves evoke a poor response, whereas static or dead drift often produces rod out your hand hits.  You’ll be amazed a wee half pounder can hit so hard sometimes.

Mid May into early June and the up wings and caddis appear in earnest, starting with the olives before the sedges take over as the ‘match the hatch’ target, before the terrestrials hit the headlines again with the fickle but welcome arrival of the Heather Flies (Bibios not Beetles) from late July and into August. (August being in my opinion the peak time to hit our wild loch fish with dries and cream of the sport can often be anticipated.) 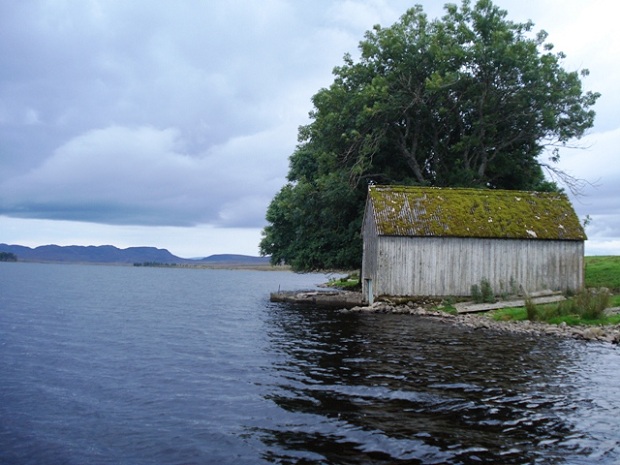 Daddies will trip the surface as we move into September so a few size 10 Natural Hares Ear Hoppers or clipped bottom (adds to the vulnerability and fish attraction I find) daddy patterns.  Olives pop up again as well as do the buzzers so plenty going on top side to keep the fish keen.

Lochindorb, all great stuff and all just waiting there for you to roam the banks in your waders or bob the waves in your float tube, ever scanning the surface for the tell tale signs of fish activity whilst the surroundings and tranquillity soothe away the cares of the modern world, be warned though this style of fishing can get addictive.

For Green Tailed versions use Glowbrite Floss shade no11. version 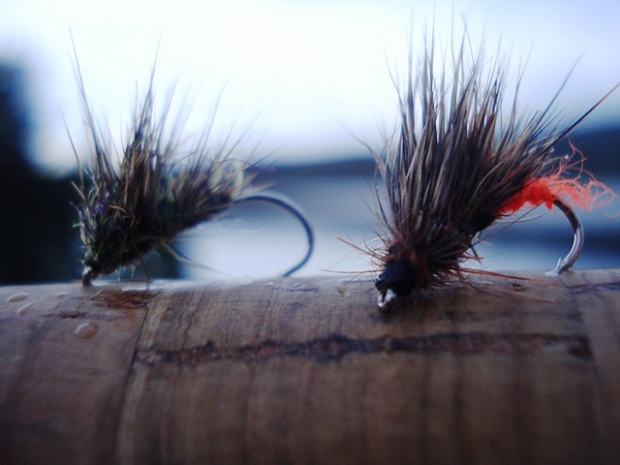