Every year there appears one or two new books printed that can be simply categorised under “must read” and this is one of them. There have been several biographies of Skues written over the years and two that particularly come to mind were by T Donald Overfield (1977) and Ken Robson (1998). These alone are very informative but this release achieves another higher level. Tony spent several years researching and as a consequence has unearthed a lot more interesting material on the man which provides a much better overall  understanding of him. This is his second biography, for in 2002 he completed “F M Halford and the dry fly revolution” which likewise has to be on the shortlist of modern angling classics that simply has to be read. 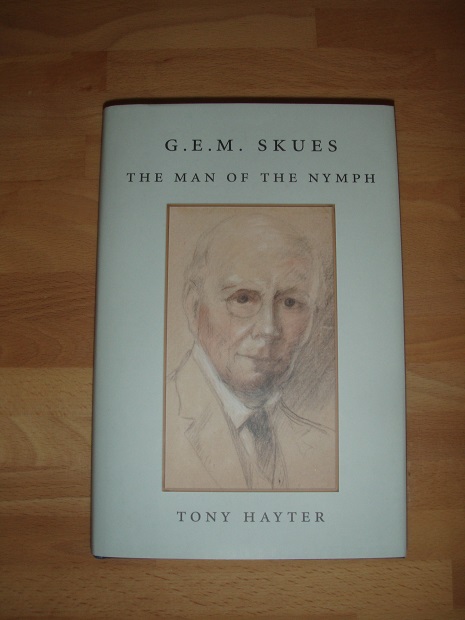 It is quite appropriate that having focused on one of the early advocates of using the dry fly Tony migrates to the pioneer of the sunk fly or nymph. This is especially so for in the early days they were relative friends in frequent correspondence only for after the famous meeting at the Fly Fishers’ Club for them to effectively become enemies. In fact Skues suffered from a general shy and somewhat self-conscious demeanour which became more extreme after this momentous debate. My suspicion is that despite him being a lawyer by profession he was not comfortable in the limelight trying to defend his approach and thus came off a poor second best against a group who revelled in those sorts of situations. Thus he became more withdrawn and devoted his life to mastering the art of the sunk nymph. Furthermore he developed several famous patterns with the orange quill representing the BWO probably his most famous. An avid writer, Skues was famous for responding to all manners of questions from fellow anglers and in addition wrote several important books explaining his approach to using the nymph on chalkstreams. Despite failing eyesight in his later life he continued to correspond even after he could not fish which must have been a major frustration to him. There are two other subjects that are covered well in this book and that is why he resigned his membership of the Abbott Barton stretch of the Itchen and moving to the Nadder and why he believed the custom build Leonard rod he used was quite simply the world’s best rod.

This book missed its launch date several times as Tony received or found more information on the man but the result is worth waiting for. At 304 pages it is a significant publication and biography and at £25 is excellent value with Amazon currently offering it at less than £17. Grab a copy and if you have not read the Halford one either then purchase the pair!