Need a fly for fish feeding on flies stuck in the surface film of the water? If the answer is yes, then this recipe will be for you

Sometimes when there is an abundant hatch trout will get fixated on feeding on insect shucks trapped in the surface film. I guess it makes sense from the fish's point of view - why rush around after emerging insects with only a few seconds to grab them before they break free and fly off, when you can have a leisurely swim round and sip in all the discarded shucks and the occasional crippled emerger that has failed to complete the hatch. When trout are feeding like this catching them on standard dry fly patterns can become rather tricky, so it's always useful to have something different tucked away in the corner of your fly box that can be deployed at the right moment.

I started the design process for the Stuck Shuck a couple of years ago after a few trips in the late spring when I was surrounded by rising fish and everything in my fly boxes was ignored. The penny eventually dropped when I used my landing net to skim the surface film and found a large number of discarded shucks. The final fly design was arrived at after a lot of prototyping with different materials to try and imitate the translucency and residual segmentation of the floating shucks I’d collected. I did have some early success using a very minimalist pattern which was made from just a short bunch of tan Aero Dry Wing fibres tied together with tying thread at one end and whipped to the hook at the other end. This gave the desired look but needed very careful application of Gink to get it to float right, only lasted for one fish and then needed to be dried before re-use.

The Stuck Shuck uses furled organza to imitate the shuck hanging in the surface film coupled with a  foam head tied in back from the hook eye to keep the fly floating at the right angle. A tiny amount of dubbing disguises the thread turns securing the foam and also imitates the body of a crippled emerger trying to get free, making for a dual purpose fly. If you want to further extend the versatility of the pattern to imitate emerging insects then you can incorporate a strand of black, olive or red flexifloss and a strand of crystal flash when you furl the body. These increase the opacity of the detached body and the twisted materials give a nice segmented effect which suggests an emerging buzzer or other species. 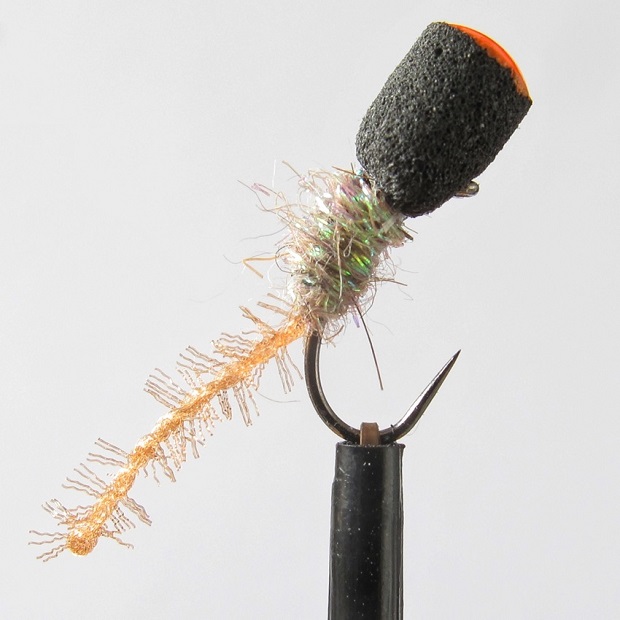 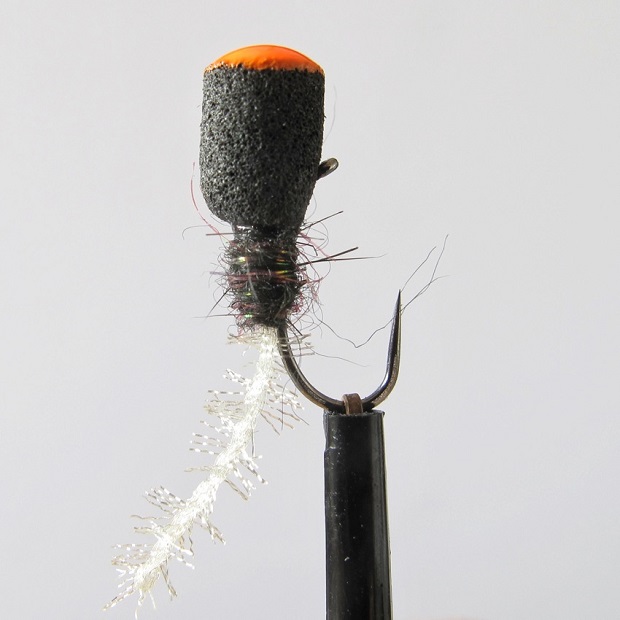 I like to fish the Stuck Shuck on a 3wt rod using a five foot furled floating leader tipped with 3-4 feet of degreased 5lb fluorocarbon casting the fly either to visible fish or into the general area of rising fish. Shuck feeding trout will often congregate in areas where the breeze concentrates the discarded shucks and crippled emergers; look for calm spots on the edge of ripple areas. Sheltered bays at an angle to the wind can trap shucks in a concentrated area where the wind blown surface layer meets the calm water of the bay and trout will circle around picking food from the buffet. I had a lot of fish using this fly last year when the Garnffrwd browns were cruising the shallow bays mopping up the shucks from Olive hatches and other anglers fishing conventional hackled dry fly patterns were being studiously ignored. 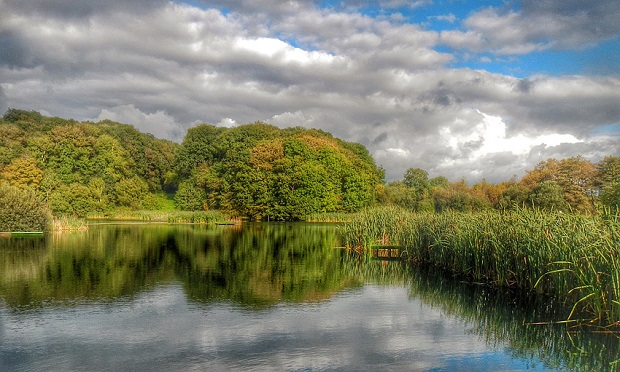 Sometimes you may see fish cruising and regularly rising across an area of open water where there is no obvious insect hatch. This isn't just a summer phenomenon, it can happen at any time of the year when there is enough warmth in the air to induce a hatch of buzzers or other insects. I'll illustrate this with a recent example. I was fishing a channel opposite an island with the breeze blowing in from open water and there were sporadic rises close in to the bank of the island. I was fishing a small buzzer but was only getting the occasional twitch of the line just after the fly landed. If this happens regularly its a pretty good indication that the fish are feeding close to the surface and once the fly sinks they show no further interest. I persevered for a while changing to smaller and lighter buzzers convinced that that would get me a fish but the pattern persisted - occasionally the end of the line would twitch but I just couldn't connect. In the end I took off the buzzer and tied on a Stuck Shuck and cast out close to the opposite bank about 15 yards away. The orange tip of the fly was just visible in the dull grey afternoon light and then it wasn't, I lifted the rod and was met with a solid thump and head shaking resistance. This brownie was my first surface take of 2014; on a Stuck Shuck on the 4th of March. 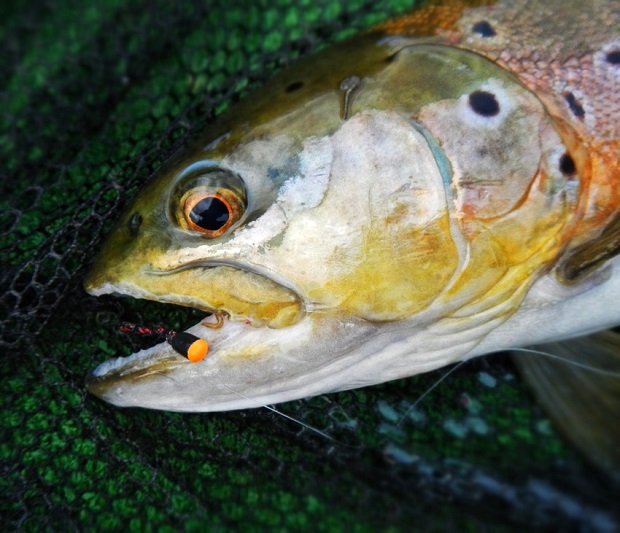 Nick Thomas lives in South Wales. He started fly fishing on Scottish hill lochs many years ago and continues to design tie and fish flies for trout, carp, bass and anything else that’s going