Pete Tyjas and Kris Kent meet up for some grayling fishing

Stanley Milgram wasn’t a fisherman, he was an American social psychologist. He is famous for two series of experiments that he undertook in the 1960s. The first was the Milgram Experiment where students applied electric shocks to subjects when they failed a specific task. It was designed to test obedience and was inspired by the trial of Adolf Eichmann, one of the major organisers of the Holocaust. 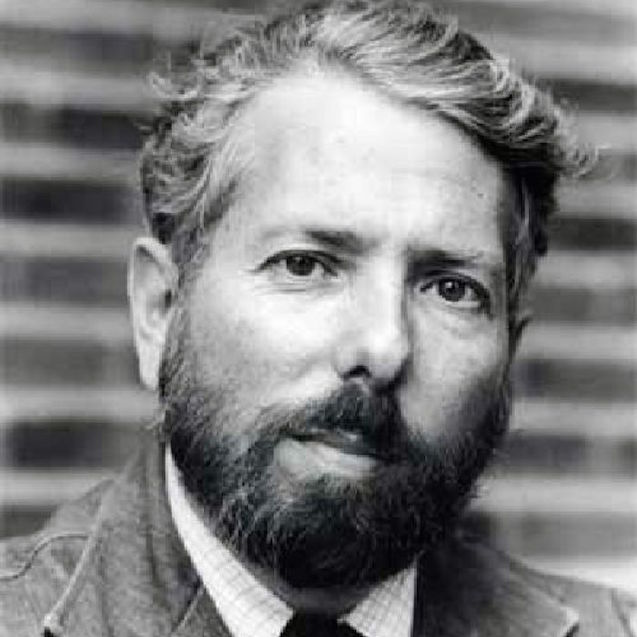 The second was his Small World Experiment. In a 1929 short story Chains, the Hungarian author Frigyes Karinthy explores many of the problems that would captivate future generations of mathematicians, sociologists, and physicists within the field of network theory. Due to technological advances in communications and travel, friendship networks could grow larger and span greater distances. In particular, Karinthy believed that the modern world was 'shrinking' due to this ever-increasing connectedness of human beings. He posited that despite great physical distances between the globe's individuals, the growing density of human networks made the actual social distance far smaller. As a result of this hypothesis, in the short story Karinthy's characters believed that any two individuals could be connected through at most five acquaintances. This was the genesis of the concept of 6 degrees of separation.  In 1967 Milgram set out to test Karinthy’s hypothesis. In the experiment, Milgram sent several packages to 160 random people living in Omaha, Nebraska, asking them to forward the package to a friend or acquaintance who they thought would bring the package closer to a set final individual or ‘target’ a stockbroker from Boston, Massachusetts.  Each ‘starter’ received instructions to mail a folder via the U.S. Post Office to a recipient, but with some rules. Starters could only mail the folder to someone they actually knew personally on a first-name basis. When doing so, each starter instructed their recipient to mail the folder ahead to one of the latter's first-name acquaintances with the same instructions, with the hope that their acquaintance might by some chance know the target recipient. Given that starters knew only the target recipient's name, they had a seemingly impossible task. Milgram monitored the progress of each chain via returned ‘tracer’ postcards. Surprisingly, he found that the very first folder reached the target in just four days and took only two intermediate acquaintances. Overall, Milgram reported that chains varied in length from two to ten intermediate acquaintances, with a median of five intermediate acquaintances, 6 degrees of separation, between the original sender and the destination recipient. 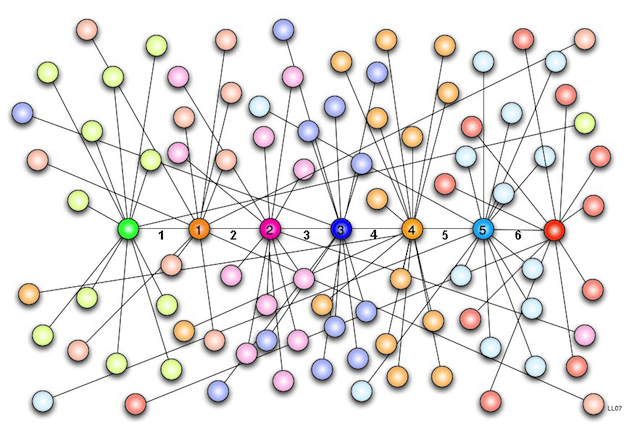 Milgram’s experiment and the concept of 6 degrees of separation came to my mind on a recent trip to the West Country. I’d been in Plymouth for work mid-December and my plan was to head up to spend Christmas and New Year with my friends near Bude in North Cornwall. Pete Tyjas had invited me to come fishing with him so I emailed to see if I could fit in a day between Plymouth and Bude.  Pete was free and he said I could stay over at his place. Unfortunately, it was already dark when I left Plymouth so I didn’t get to enjoy the panoramic views as I picked me across Dartmoor, down narrow lanes, up and down dale. It did present the opportunity to enjoy everyone’s Christmas lights, some tasteful, some less so. Pete’s home is quite remote and he had to talk me in the last half mile or so as my TomTom gave up.  Eventually I turned through the gate and down the lane to the house. Emma, Pete and Monty, Pete’s very chilled black Labrador, were standing at the door to give me a warm welcome. Inside tea was proffered and Pete and I settled down by the wood burner to catch up and chew the fat whilst Emma busied herself stuffing me full of smoked salmon with homemade blinis and whipping up the most fantastic North-African feast. Yotam Ottolenghi would have been very impressed. I’m guessing she was keen to avoid the inevitable, endless talk of fish and fishing that occurs whenever you throw anglers together.

In one of Milgram’s experiments in which 160 letters were mailed out, 24 reached the target at their home. Of those 24, 16 were given to the target by the same person, ‘Mr. Jacobs’, a clothing merchant. Of those that reached the target’s office, more than half came from two other men. In Malcolm Gladwell’s book The Tipping Point Gladwell refers to the ‘Law of the Few’ based on Milgram’s results, the fact that in any social network there are always a small number of people who have very large networks. He refers to these individuals as super-connectors. Super-connectors know everyone and everyone knows them. These people build relationships very quickly and with a lot of people. Super-connectors are invaluable people. They match people with opportunities and, in doing so, they leave their connections with a positive opinion of them and their abilities. Pete Tyjas is a Super-connector. As we chatted about fish and fishing various people would come up in conversation, Pete knew everyone I mentioned and would go on to supplement the discussion with a whole host of people I didn’t know. This carried on into our day on the river.

The following morning after a fabulous night’s sleep Emma sent us off with bacon sandwiches and flasks of coffee. I threw all my gear in the back of Pete’s pick-up and we headed off into Somerset. As Pete drove we chatted and the process of exploring mutual social networks continued. The number of people Pete knew was dizzying.  My brain was spinning dealing with them all as we arrived at our destination. We were to fish Pete’s club water on the upper Tone. We found the river cutting deep into the rich Somerset soils, meandering tightly across cow pastures. The recent rain meant the fields were very soggy, particularly where the dairy herd were, but it did mean there was a bit of water in the river and a little colour. 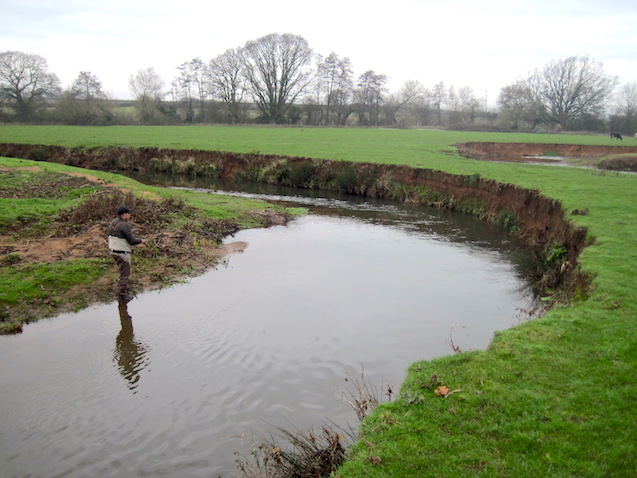 Pete Tyjas on the Tone

I hadn’t put any rods in the car that morning. Pete and I share a passion for Sage rods and he was keen for me to try out some of his recent acquisitions. He put up a Sage ‘Little One’ 8’2” 4 weight. This ultralight rod was a joy to use teamed up with a Redington Zero reel you hardly knew you had it in your hand. The Tone thereabouts isn’t a big river and often we were fishing snaggy runs at short range. The aggressively tapered fly line loaded the rod quickly and the crisp rod action delivered accurate casts. We fished a New Zealand rig with a small heavy generic nymph slung under a Klinkhammer variant. We were relieved when we got into a grayling fairly early on, always takes the pressure off. 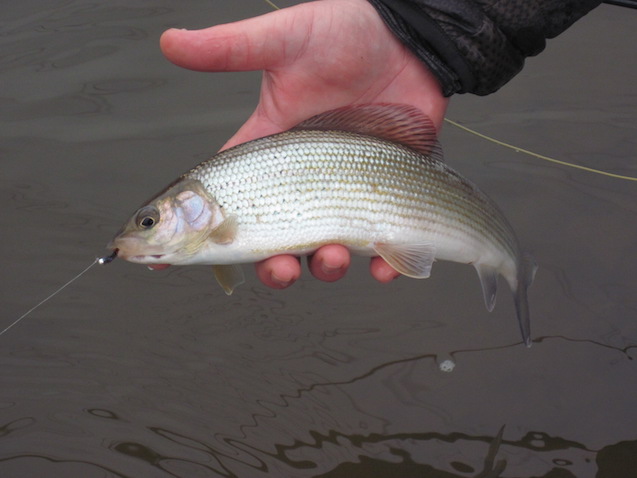 We fished tag team, hand the rod over when we’d either caught a fish and hogged it for too long. The upper Tone doesn’t have a huge population of grayling and we never found any large shoals of fish. It was a case of find a likely looking spot, have a few casts and then move on. Pete knows the river well so he was usually on the money when he recommended a likely spot. Fishing tag team means you get plenty of time to chat and it gave me more opportunity to explore Pete’s fishy social network. I was beginning to wonder if there was a fisherman he didn’t know. 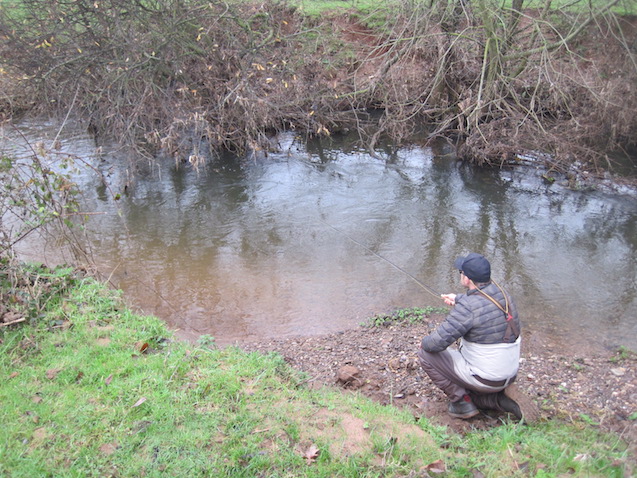 Pete in a tight spot

The tight snaggy nature of the upper Tone meant we had to employ some interesting casts. Roll casts, tension casts, bow and arrow casts all were deployed alongside a variety of flicks, wiggles and lobs. It did mean a lot flies in trees, for me at least. But from time to time they paid off. 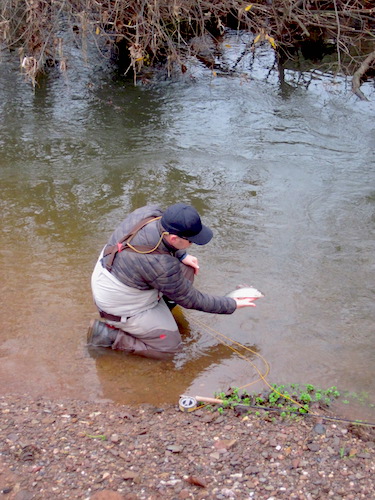 Grayling from a tight spot

My best fish came from a little run where the river pushed hard along a sunken branch before it disappeared into a tangle of overhanging tree branches. It looked fishy so I lobbed the flies forward hoping that they wouldn’t catch on the sunken branch. Just before the tangle of branches the Klink- hammer slid away and when I struck I found a grayling on the end spiralling in the current. It was a very pale silver with no predator damage, few spots and a deep purple blush on the gill plate. One of the most beautiful grayling I’ve ever caught.

Emma’s excellent hospitality extended into our riverside lunch. Cups of hot coffee washed down an excellent sausage roll with tasty pork sausage meat supplemented by goats cheese and red peppers. Pete was particularly taken by the bag of Sticky Toffee Pudding popcorn. He nearly polished off the large bag solo.

After lunch, we fished on for another hour and then Pete suggested we head home. 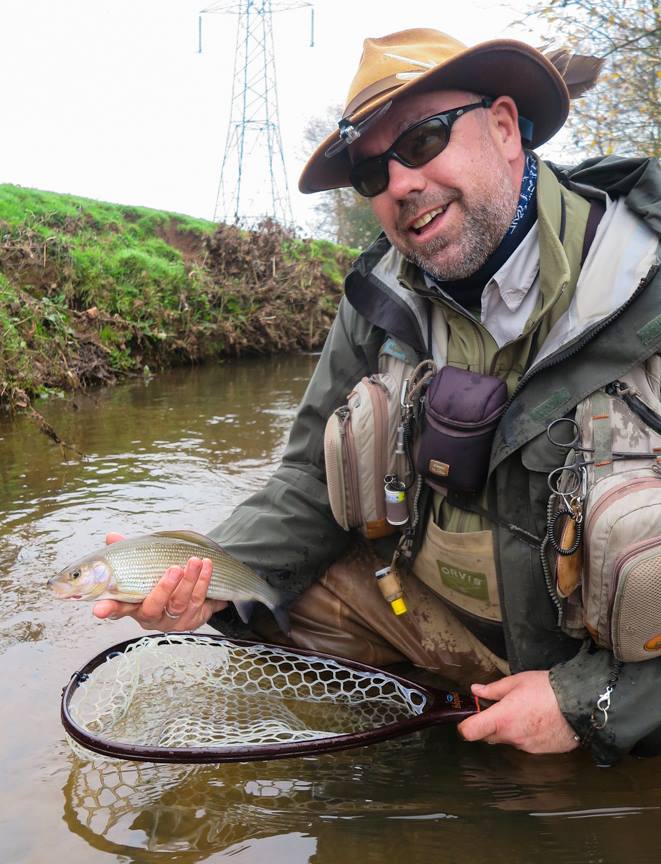 Kris with a Tone grayling

As we drove back to Pete’s we continued our exploration of his fishy social network.

So, if you ever need to connect with a fisherman remember that Pete is a great starting point, as well as being a great fisherman and great company.

You can contact Pete through the Devon School of Fly Fishing: